If we had an award for the most iconic London road, Portobello might be the Champignon…

You’ll find it in Notting Hill. In fact, it runs the length of it, from Notting Hill tube station to just past Ladbroke Grove. It’s best known for its pastel-coloured terraced houses, Portobello Market, as well as some pretty great foodie, drinkie spots. Although it’s not always been gin palaces and Michelin stars…

Back in the Victorian era, until the late 20th Century in fact, Notting Hill was very much a working class area, known for its grimy streets, and overcrowded, slum-like flats. In the 1950s it also found itself at the centre of major race riots.

It wasn’t all bad though. 1910 saw the opening of the Electric Cinema, which is now one of the oldest cinemas in London, and in the late 1940s bric-à-brac traders and antique sellers took to Portobello Market (once exclusively for food and household essentials), drawing in a new ‘artsy’ crowd. Then Island Records set up a recording studio nearby in the 60s, which in turn attracted musicians, as well as spurring on the opening of various live music venues and records shops. Although it wasn’t until the 1980s that gentrification really took over.

So what’s there to do nowadays? Well, plenty. As well as all of the aforementioned stuff, there’s George Orwell’s House, and Notting Hill Carnival come summer. Take a look at the list below. It’s for you.

Not only the world’s largest antique market, you’ll also find food stalls, clothing stalls (both vintage and new); shoes; jewellery; blankets, cushions, paintings and more. There are also street performers – bizarre men sweating in head-to-toe silver – and live music – everything from reggae to acoustic pop from a couple of fresh-faced kids on guitars. The main market day is Saturday, although most spots are open on Fridays too. Monday through to Thursday you’ll find some of the food and clothes stands, but the antique stalls aren’t there. On Sundays it’s completely closed. FIND OUT MORE 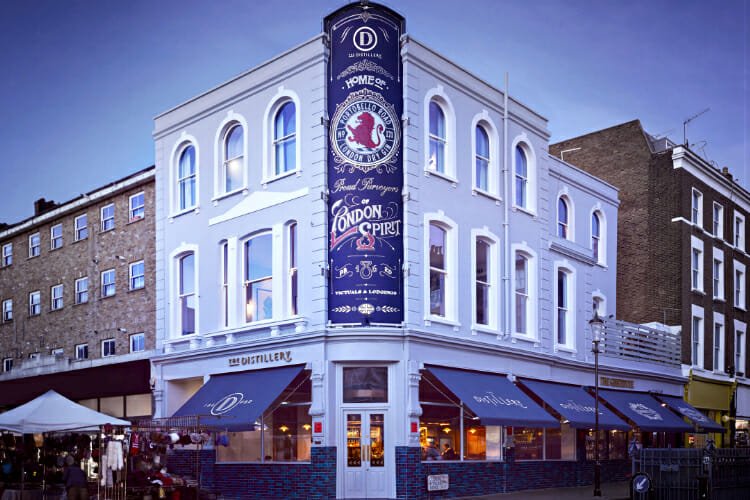 Directly on Portobello Road itself you’ll find the Electric Diner serving – you got it – diner food, breakfast through to dinner. Otherwise the Sun In Splendour both make for a decent afternoon tipple and some pub grub. The Distillery is a four-storey gin palace with two bars, a basement distillery, a gin museum, and top floor micro-hotel. On their menu you’ll find plenty of innovative gin-based cocktails alongside both quintessentially British dishes and Spanish tapas. There’s also Core by Clare Smyth for Michelin starred British tasting menus; the elegant Caractère; or Orasay for seafood. Find all our recommendations for great Notting Hill restaurants here.

Owned by the uber trendy Soho House group, the Electric Cinema might be one of London’s oldest, however thanks to a plush refurb, it’s also one of the most luxurious and decked-out. Not only does the vintage-style auditorium include sumptuous velvet armchairs, king-sized sofas, and front-row beds, they all also come with your own fancy side table and lamp – perfect for an ice-cold, gin & tonic –  cashmere blankets, and seat-side service… SEE THIS WEEK’S LISTINGS 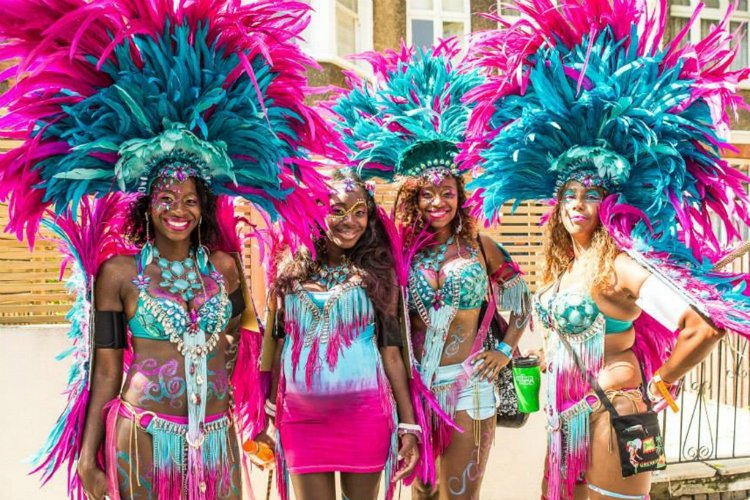 Every August bank holiday, a flurry of colour, sound and movement bursts onto the streets of Portobello and Notting Hill. It’s a festival that’s been going strong for over half a century, and is perhaps one of the most significant and widely attended celebrations of Black British culture in the city. With around a million people heading along every year, the streets get jam-packed with parade performers, floats pumping out reggae, samba dancers, street food stalls, and, of course, the great British public coming together. FIND OUT MORE

Looking for a guide to the whole of Notting Hill? Ding-dong.