The Best Restaurants in Marylebone

Marry le bun. Mar lee bone. Maryl Eboon*. The pronunciation of this London neighbourhood can be contentious. Something that everyone can agree on though, is that there are some cracking restaurants in Marylebone. From a Chinese noodle den hidden under a pub to Michelin-starred Mexican; a 1920’s grand cafe-styled Viennese spot and an Italian deli with its own basement bar, we’ve assembled the proof below (and also, that going dining here can be a globetrotting experience)…

*it’s definitely not that one. 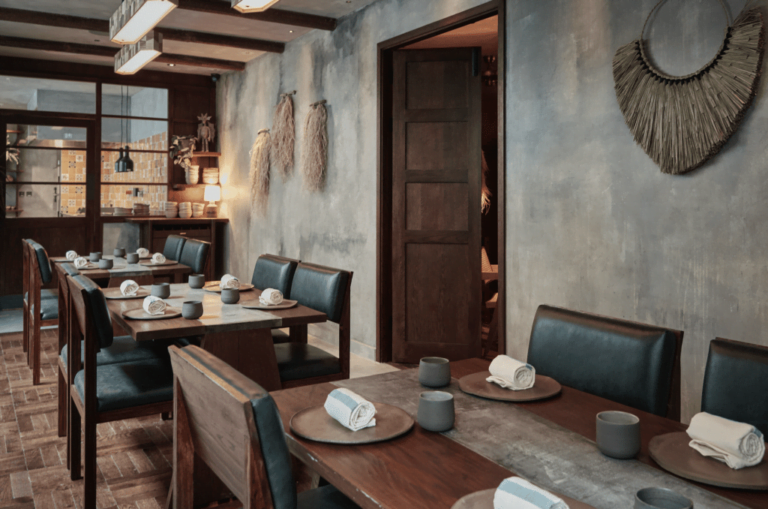 It takes a brave man to leave a place like NOMA Mexico, move to an entirely new country and then open your debut solo restaurant in said entirely new country. Santiago Lastra is clearly a brave man, but he’s also an extremely talented chef. Within a year of opening this Marylebone restaurant, he and his team made light work of capturing a Michelin star, thanks to KOL’s dazzling array of Mexican dishes propped up by British produce – think mole with chalk stream trout, British wagyu tacos, langoustine tacos and a whole octopus cured in kombucha and served with bone marrow. If you want to get interactive, there’s also an option to view all the action (and their tortilla factory) up close via the KOL chef’s table experience… 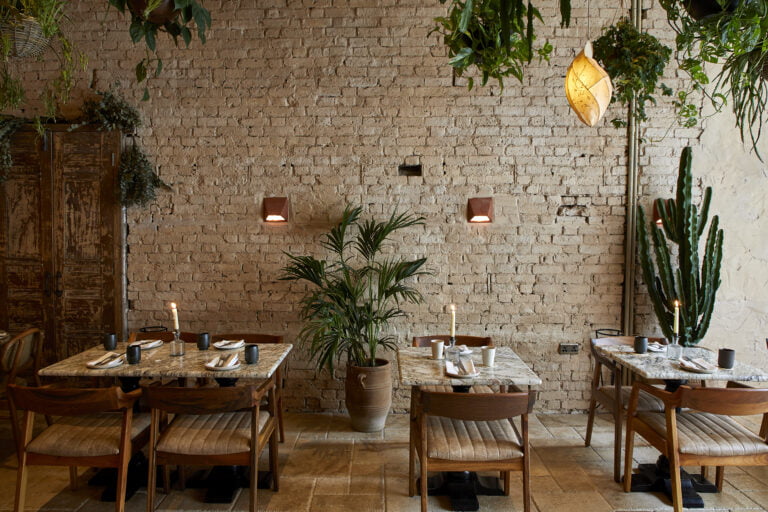 Like KOL, Cavita marks another London debut from a Mexican super-chef. Not that we’re complaining, because you can never have too many of those. Set inside a striking townhouse on Wigmore Street filled with colourful textiles and geometric lighting, chef-owner Adriana Cavita cooks up Mexican flavours that were a prominent part of her childhood – so things like tacos with handmade tortillas, Blue Bay mussel esquites, beef shin quesabirria with veal bone consommé and pig’s head tamal. Yep, we’re also very envious at the thought of her childhood…

NOTE: If you have no plans of being productive the next morning, you’d be wise to make a night out of it at Mayahuel, the mezcaleria in the basement directly below… Contrary to its name, the building Chameleon attaches itself to is rather easy to spot: it wraps around One Marylebone, the eye-catching grade 1-listed neoclassical church designed by Sir John Soane. More befitting of its name: once you’re in, you’ll quickly want to integrate into its surroundings, thanks to the giant al-fresco garden and nine flora-filled greenhouses which provide the backdrop to a stunning menu of Tel Aviv-style dishes featuring the likes of aubergine carpaccio, yellowtail sashimi and scallops with Jerusalem artichoke. 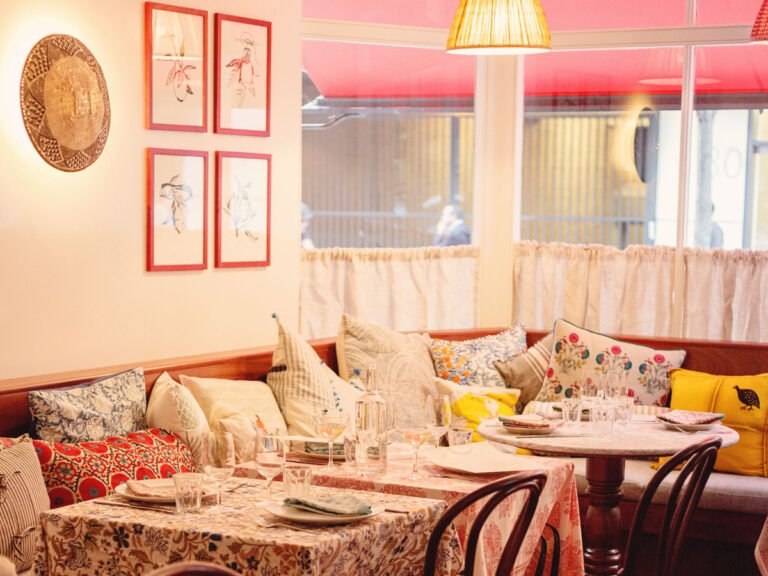 Saying Jikoni’s owner Ravinder Bhogal is merely obsessed with food feels like a bit of an understatement. She’s hosted a culinary TV series in India, trekked around the world for another, written award-winning food columns, published cookbooks and even entered and won a competition in Gordons Ramsay’s The F Word, where he did indeed like the food. Here at Jikoni, her very own restaurant, you’ve arrived at culmination of her obsession, one of the best restaurants in Marylebone. Come here any time of day for the ever-changing lineup of dynamic veggie-friendly dishes spanning anything from lamb and harissa sausage rolls to butternut squash moilee, hot & sour sweetcorn risotto and vegan apricot and orange blossom cake. 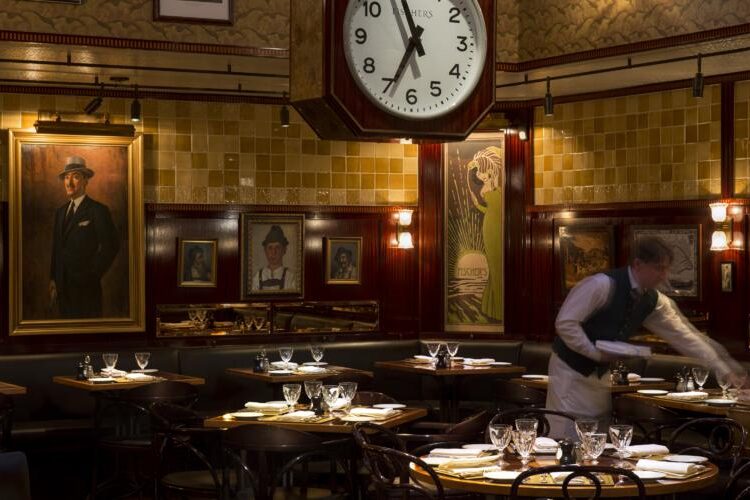 It’s hard to experience 1920s Vienna these days. Unless you head to Fischer’s on Marylebone High Street, which does an admirable job of reproducing some of that Viennese magic from a hundred years ago, wearing an interior akin to the Austrian capital’s grand cafes and dishing up a menu of generously portioned Central European classics (käsespätzle, schnitzel, sausages, kaiserschmarrn etc) that’ll likely send you into the hibernation for the rest day/evening… 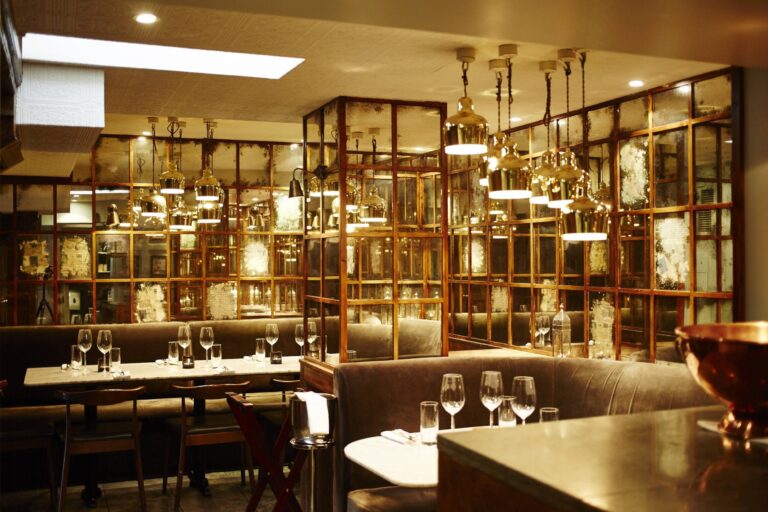 Trishna is run by the Sethi family, who know a thing or two about critically acclaimed Indian fine-diners having also launched Brigadiers and Michelin-starred Gymkhana. Like most restaurants in Marylebone, it’s pretty high-end – but there is a way to escape here relatively financially unscathed: the early evening menu (three courses for £39 or four for £45) gives you slightly more affordable access to some of the signatures like the salmon tikka shahi and fig and cardamom kheer. It’s held its own Michelin star since 2012, if you need any more persuading. 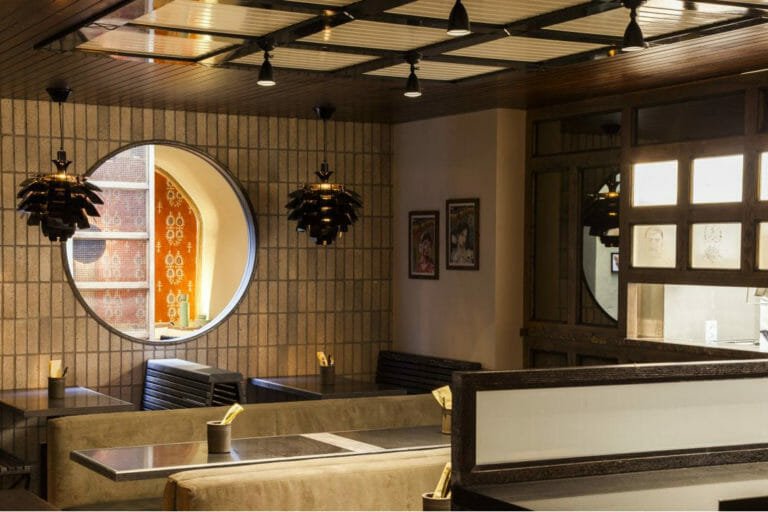 Those Sethi siblings from Trishna? Turns out they also know their way around a stellar Sri Lankan restaurant too. Hoppers is their doing and many credit it with bringing Sri Lankan food into London’s mainstream – its success has spawned three branches across town: Soho, Kings Cross and here in Marylebone (as well as paving the way for restaurants like Paradise and Kolamba). Hoppers’ Marylebone restaurant has the luxury of two floors, which are always packed to the rafters with excitable groups reaching over one another for their fill of the eponymous dish (crispy bowl-shaped egg pancakes) and then falling over each other thanks to the broad list of wines and arrack-laced cocktails… Taking ‘better late than never’ to new lengths, it took Lina Stores – the famed Italian delicatessen that’s held court on Soho’s Brewer Street since 1944 – 75 years to expand into the restaurant game as well. Now, there’s no stopping them; their fourth outpost is an airy restaurant in Marylebone Village, specialising, like its predecessors, in fresh pasta. Enjoy crab linguine, pea & ricotta ravioli or tagliolini al tartufo with black truffle before slipping downstairs to the art deco basement bar… 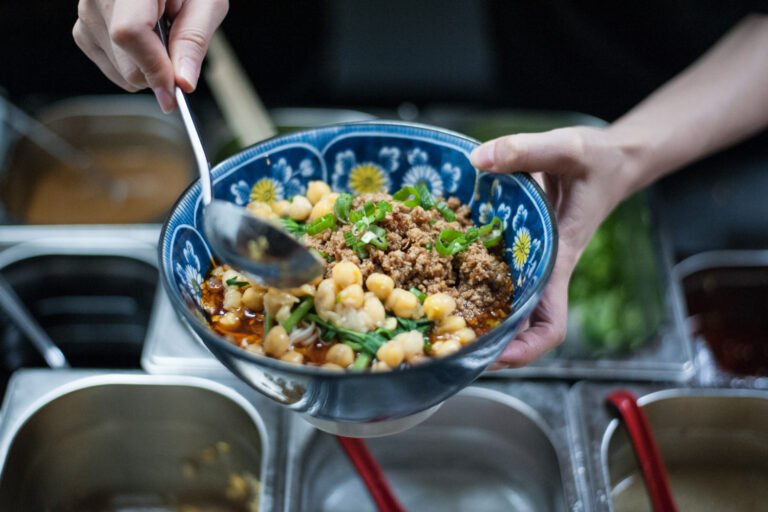 Liu Xiaomian is the well-oiled machine you can blame for those lunchtime lines that snake out of the Jackalope pub. It started out as a street stall, when two women from Chongqing took matters into their own hands after they couldn’t find any acceptably spicy noodles in London. Now, they’ve made the downstairs floor of the pub their base of operations, where they serve up true-to-form fiery grub from their hometown – sourcing spices and Sichuan peppers from China and pouring a dangerously liberal amount into xiaomian noodles, hot and sour glass noodles, and numbing pork wonton.

Like exploring London via your stomach? Have a look at the best restaurants in Soho