They’re the perfect place for turning over a new leaf.

And so to follow our own advice, we thought we’d let you in on the London’s best secret gardens and hidden green spots, from decadent manor grounds to repurposed urban rooftops. So grab a book, relax, and er, take a leaf through our comprehensive guide to the very best…

NOTE: Just to be clear, these aren’t places that are literally hidden, but one could spend years living in London and never come across a single one… 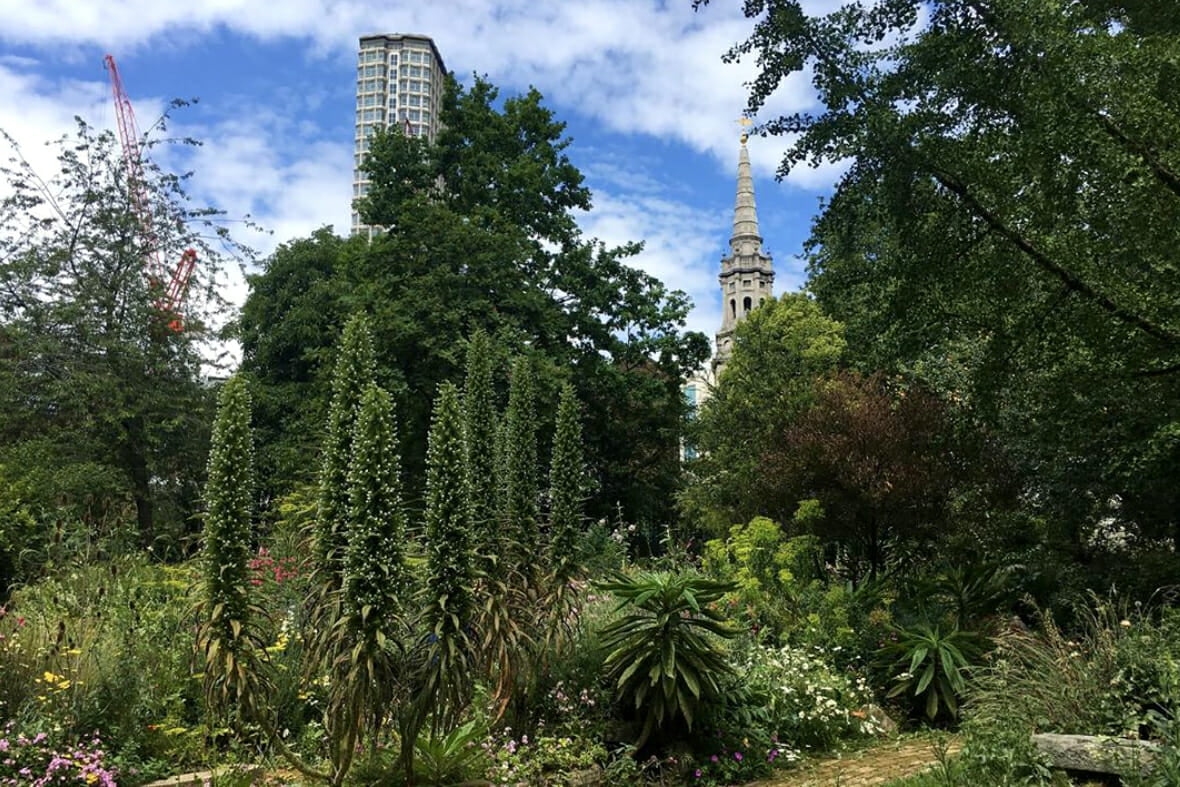 To anyone who was disappointed to realise Covent Garden is no longer an actual garden, we present this verdant, community-managed refuge – home to birds, bees, and the West End’s only frogs. The plants here are left to grow as wild as they like, creating all sorts of shaded nooks and secret hideaways to sit with a good book. 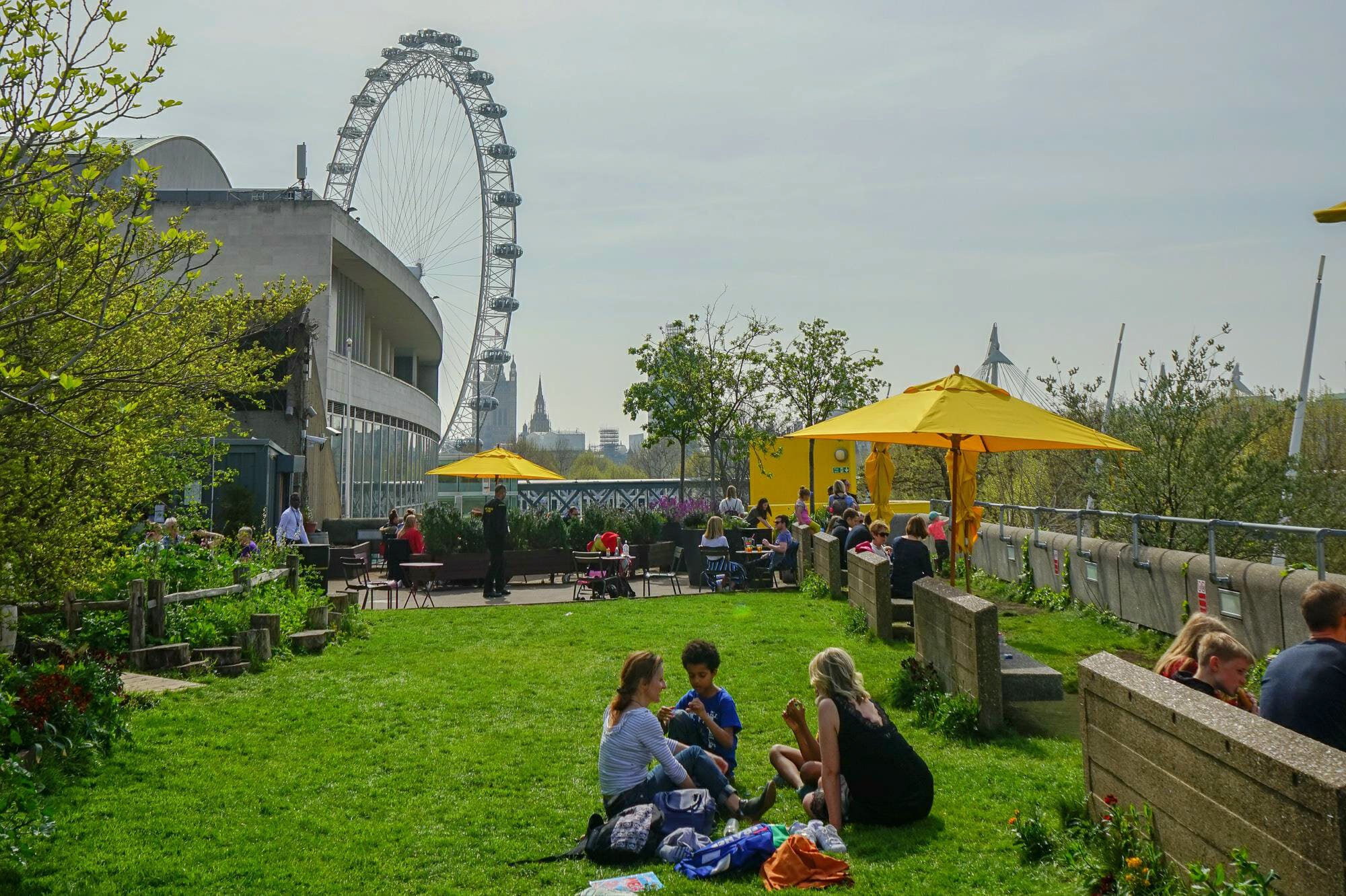 A somewhat unexpected garden hidden amidst the brutalist architecture of London’s cultural strip,the oasis atop the Queen Elizabeth hall was built, and is now maintained by a group affected by homelessness and addiction. And like all good rooftop gardens, it boasts picture-perfect views of the Thames, the London Eye and St. Paul’s, plus a well-stocked bar. READ MORE 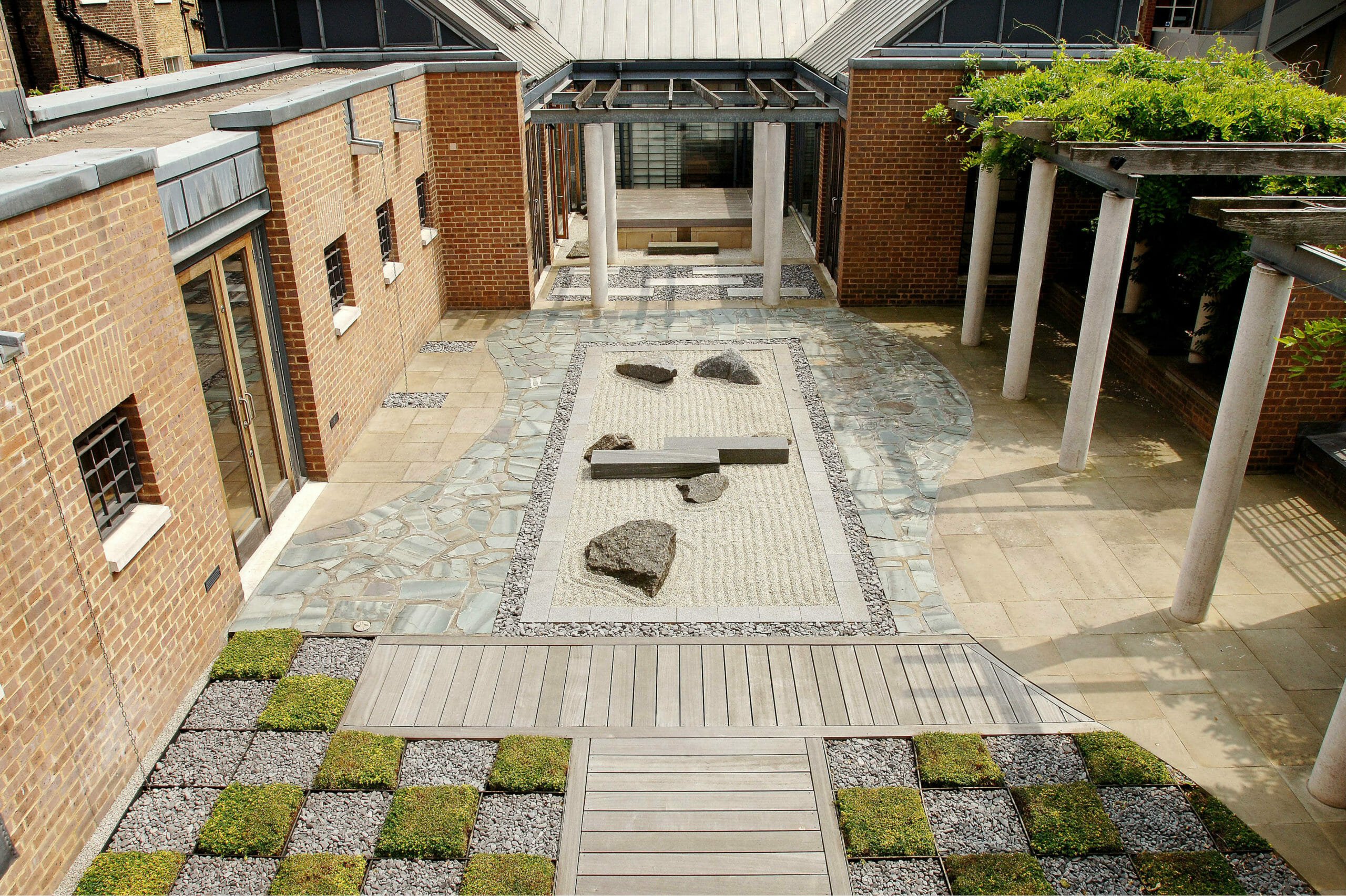 Japanese rock gardens are created according to very strict, carefully considered principles, concerning ratio of horizontal to vertical rock placement, the direction of the grain of the stone, and the resulting view from the hojo, the chief monk’s residence in the temple.

Luckily, it seems a university rooftop in the middle of London will also do.

Head to the top of SOAS, and you’ll find a miniature zen garden – complete with rocks, climbing wisteria, and a stage used for traditional Japanese performances and events. Can any other roof garden beat that? Noh. 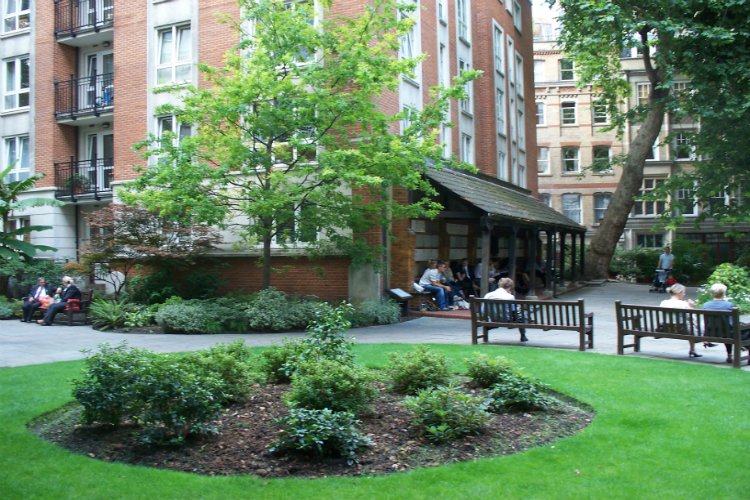 But trust us, it still delivers.

A quiet spot just north of St. Paul’s Cathedral, it’s known for The Memorial to Heroic Self Sacrifice – a sprawling wall of glazed tiles, each devoted to everyday heroes from the Victorian era who died trying to save someone else. 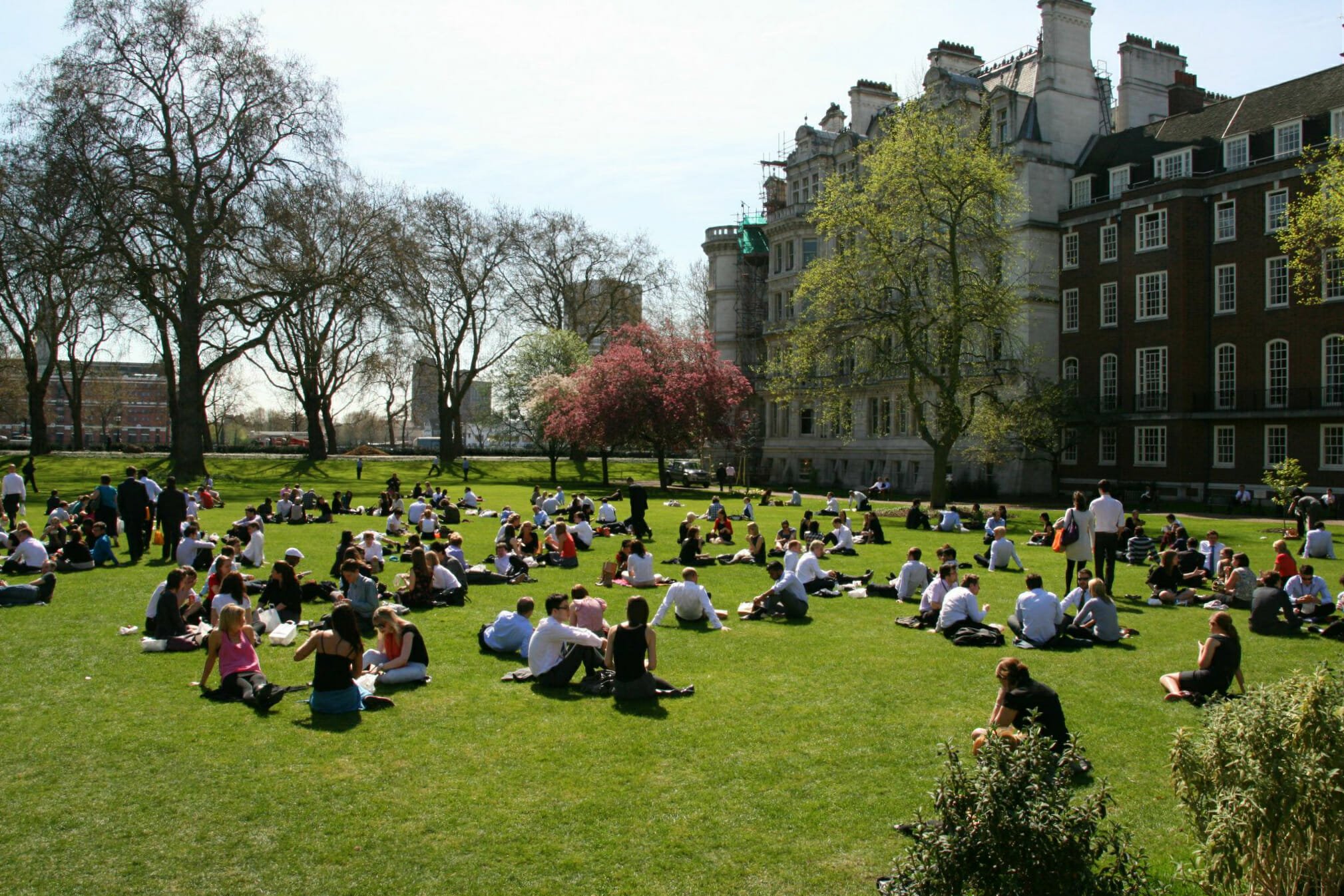 Finding your inner temple is easier than you think.

Simply head along to the backstreets by Fleet Street, and make your way into the Oxbridge-styled complex that houses the Inner Temple barristers’ chambers. Not only is it home to palatial buildings and the 12th century church of the knights templar, there’s also a set of huge, but totally secluded, gardens sporting colourful flowerbeds, almost luminously green lawns, and riverside views. 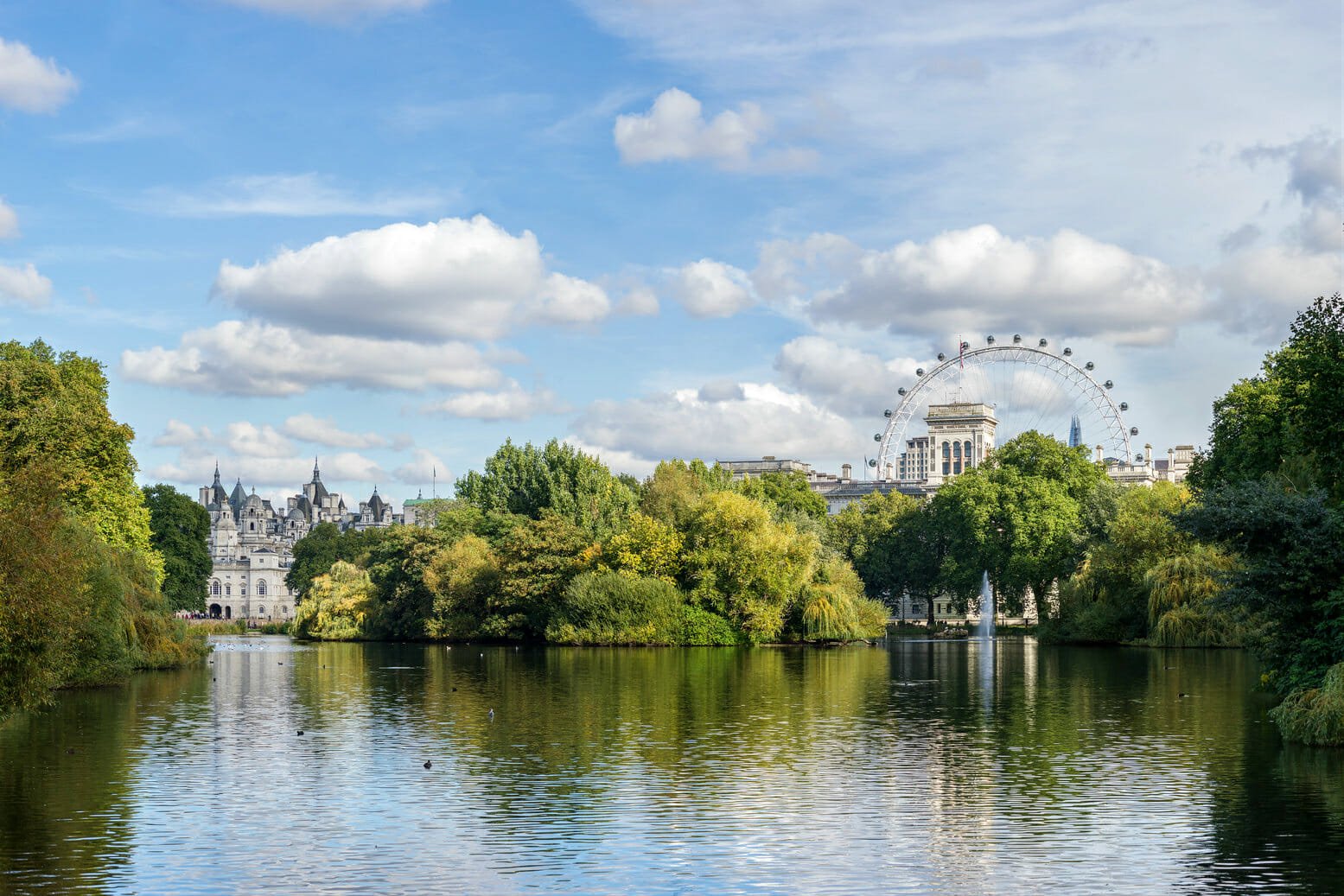 What St James’s Park lacks in hiding skills, it makes up for with unexpected treats – including a native scoop of pelicans; picturesque lakes; and this ridiculously adorable cottage pulled straight out of a fairytale, surrounded by one of London’s best secret gardens. 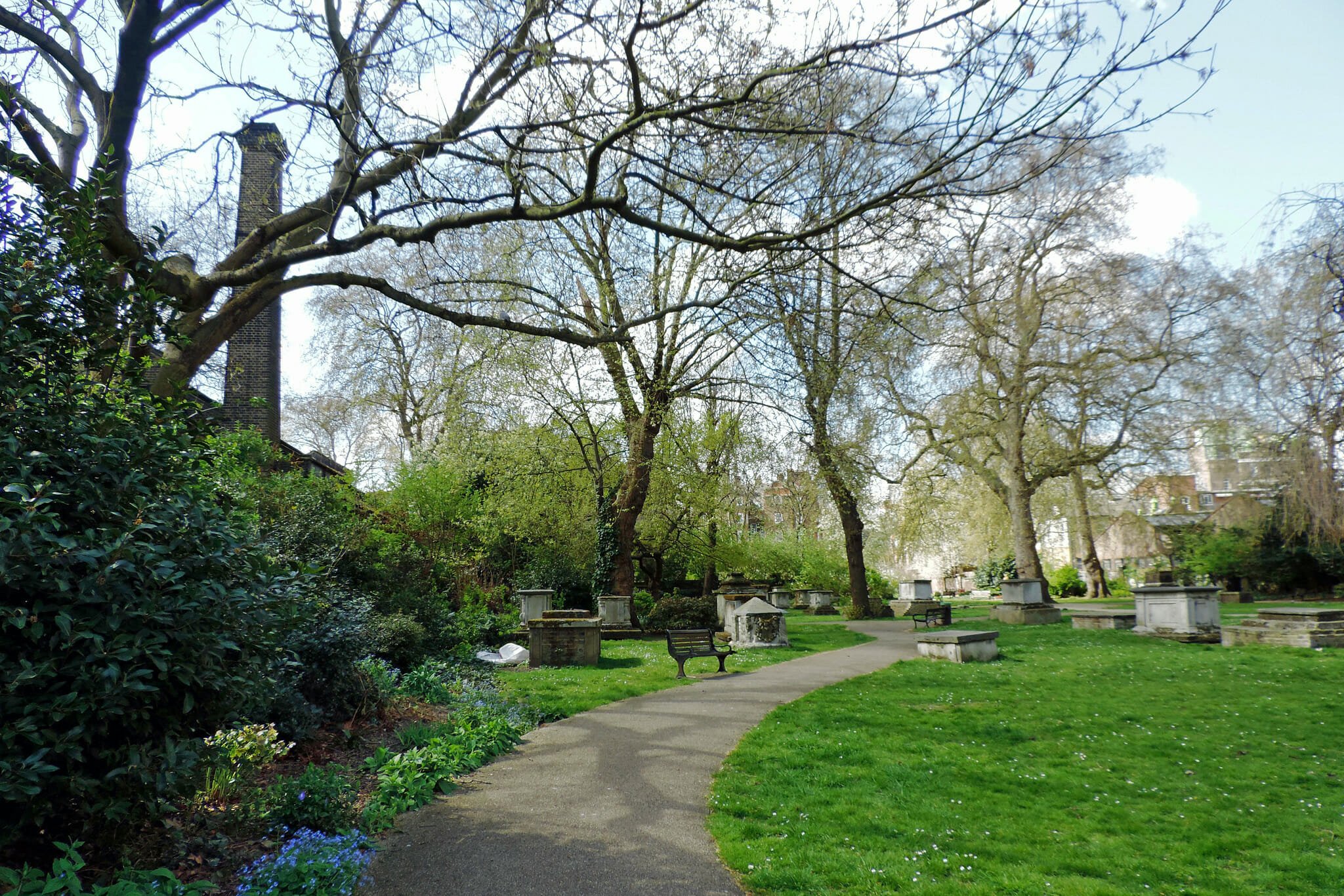 St. George’s Garden was the site of the first convicted grave robbing, when two men were spotted hauling a sack away from the grounds. When police stopped them and found a former Mrs. Sainsbury inside, the offenders were sentenced to a “severe whipping” between Holborn and Seven Dials. Luckily, the gardens are a lot more peaceful these days, and provide a solid bet for a good sandwich spot. 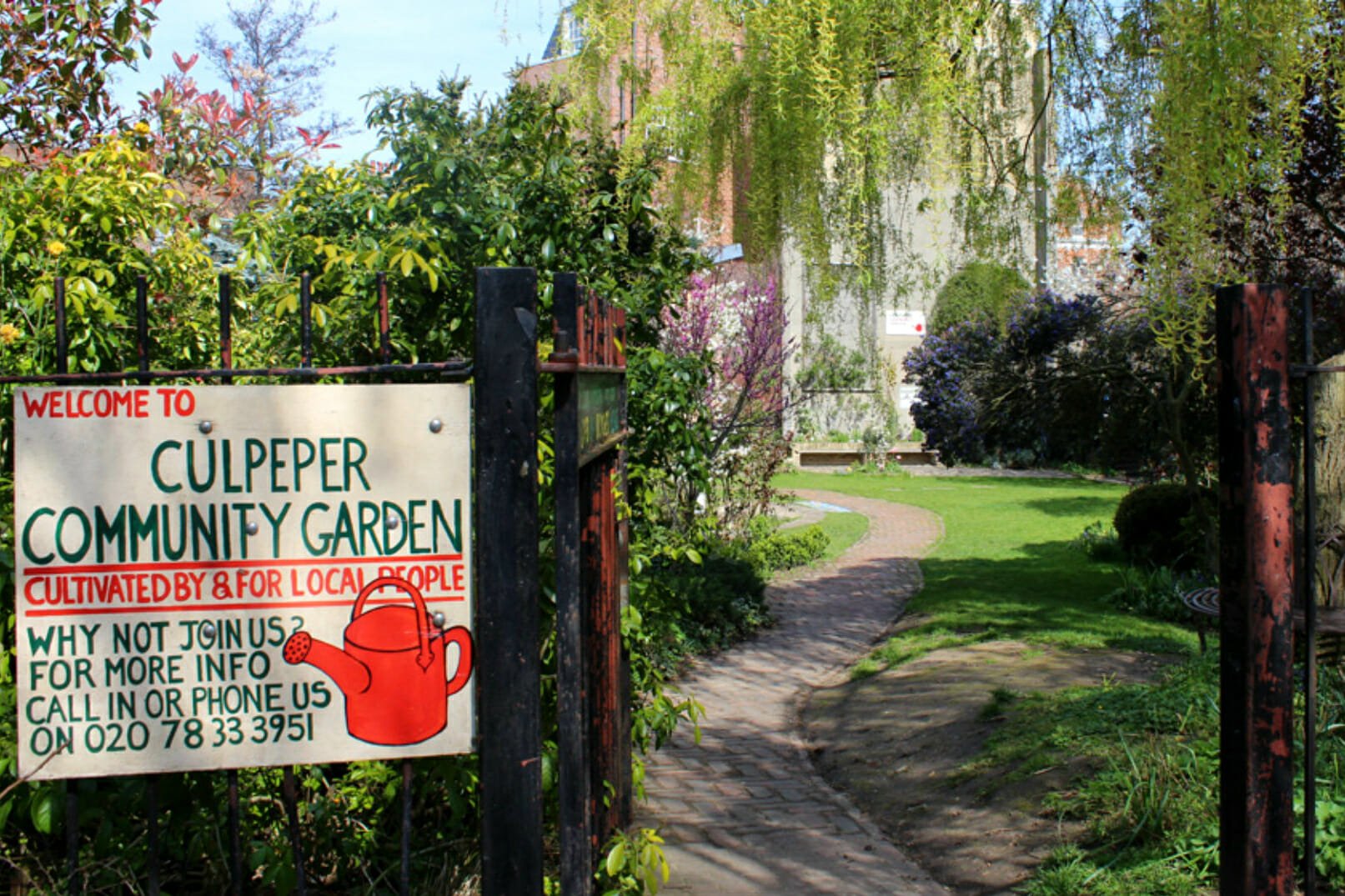 The Culpeper helps to sow seeds of community spirit thanks to its 50+ plots tended by locals who don’t have their own garden at home. The result is a beautiful mish-mash of ornamental flower beds, vegetable plots, and flowering pergolas.

This century-old walkway overlooking Hampstead Heath was niftily created by piling up the rubble displaced by nearby Northern Line extension work. And the result is much, much prettier than that sounds.

Billed as London’s smallest nature reserve, Barnsbury Wood’s the place to go for wildlife spotting, with frequent sightings of the common toad, the long-tailed tit, and the lesser stag beetle. 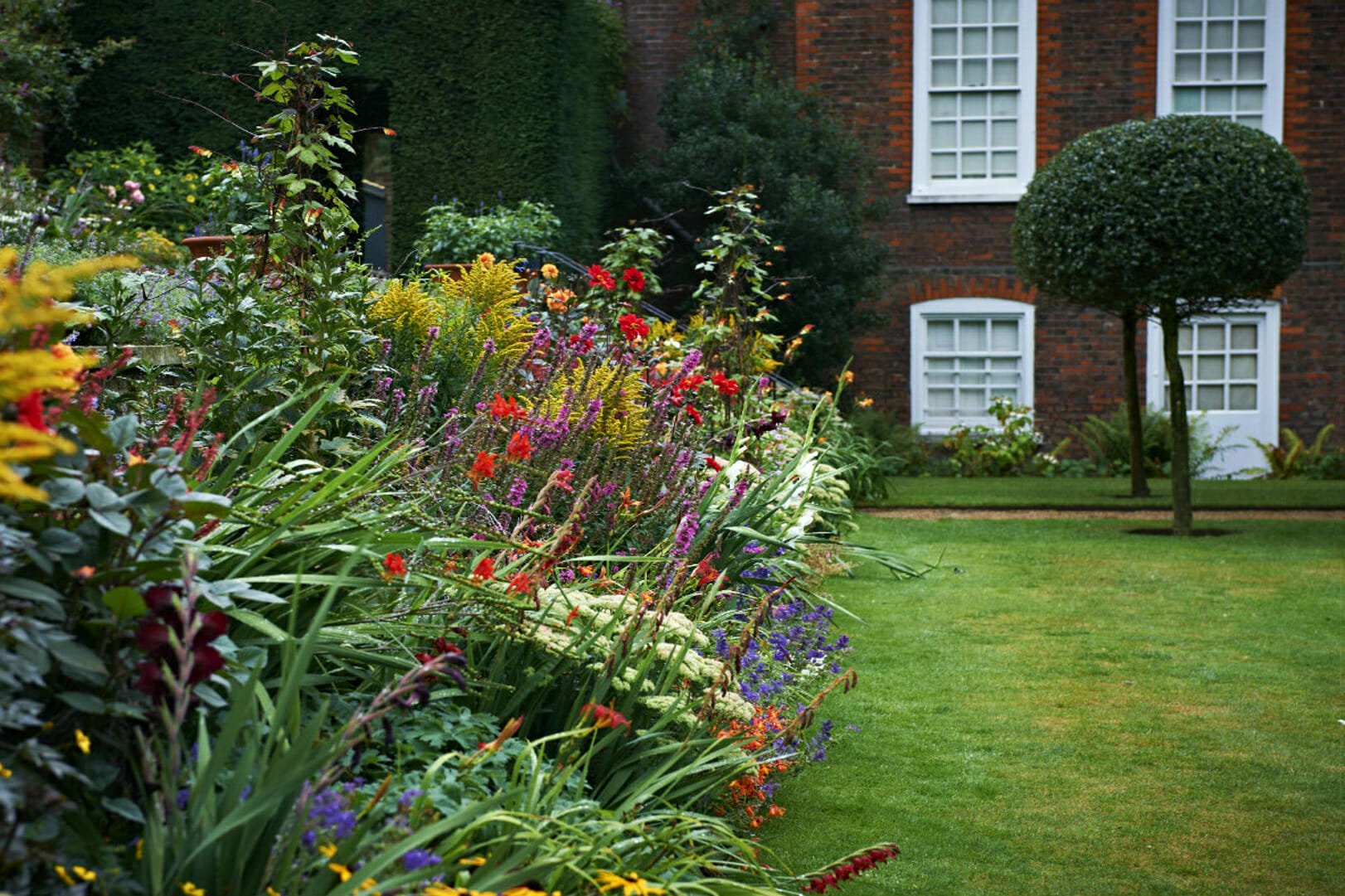 The walled garden at 17th century mansion, Fenton House, is over 300 years old, and is filled with perfectly trimmed hedges, a fragrant kitchen garden, and its very own apple orchard boasting 32 different types of apple trees. And that’s not just a granny’s myth. 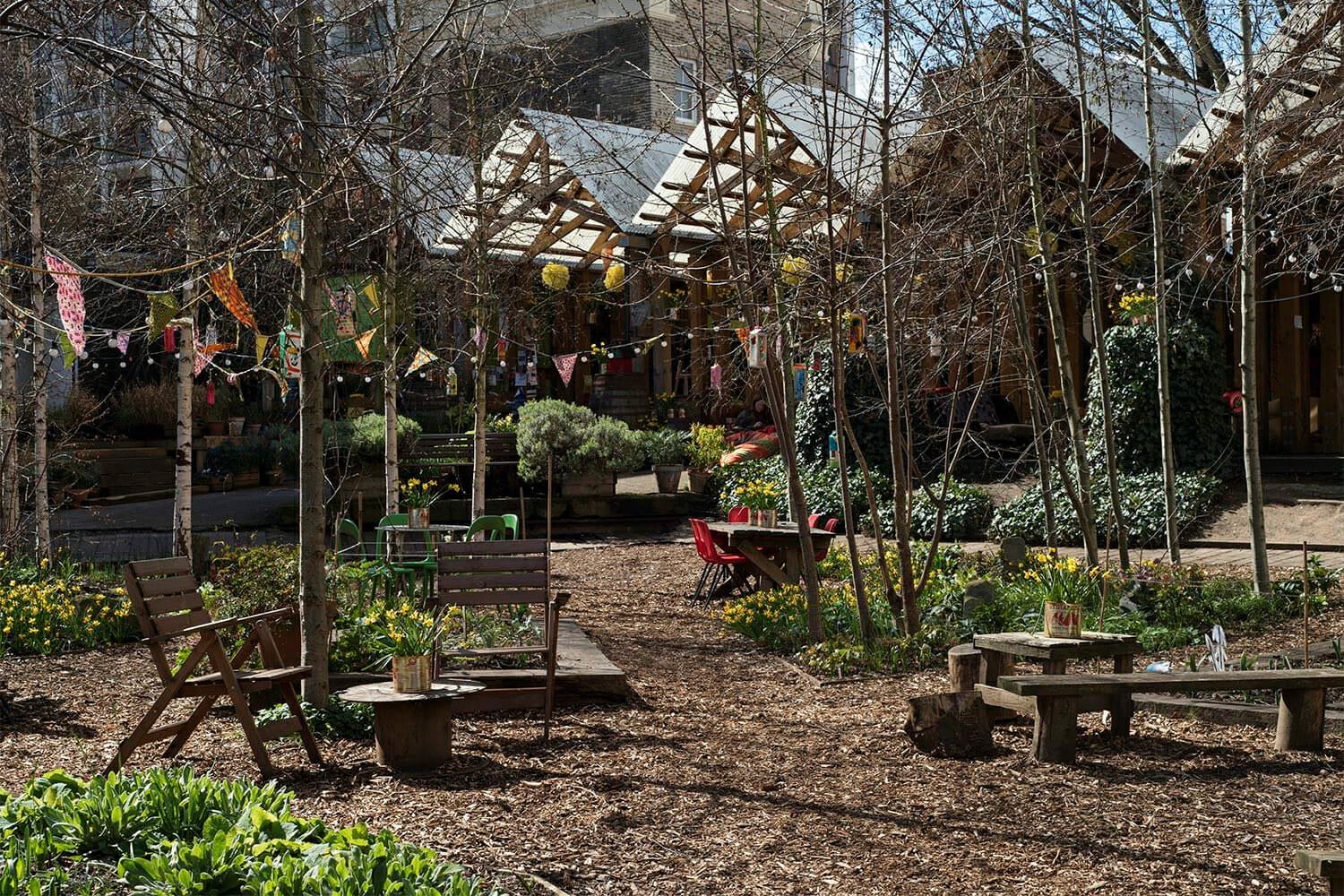 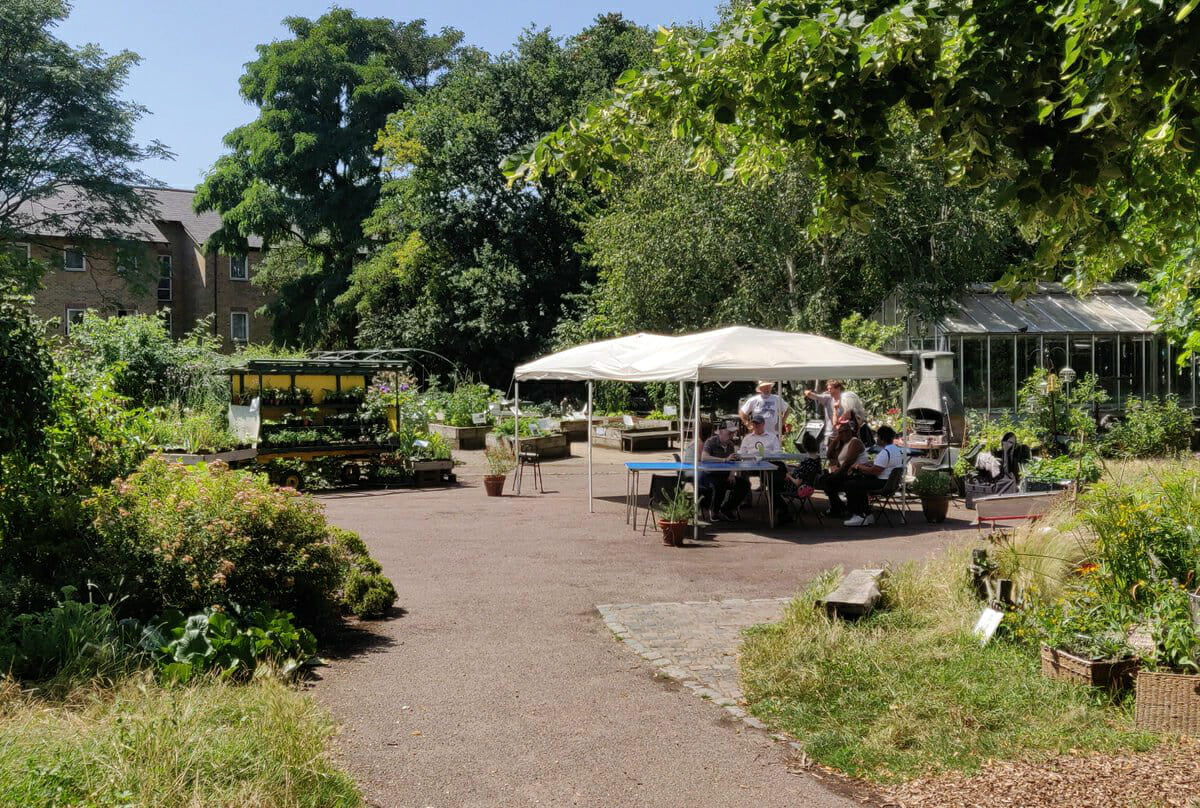 This pretty little community garden is filled with upcycled planters, abundant veg plots, and ponds teeming with wildlife. They also run the occasional workshop, too, like simple Christmas wreath making.

If you find yourself going round in circles, you’re probably doing it right. 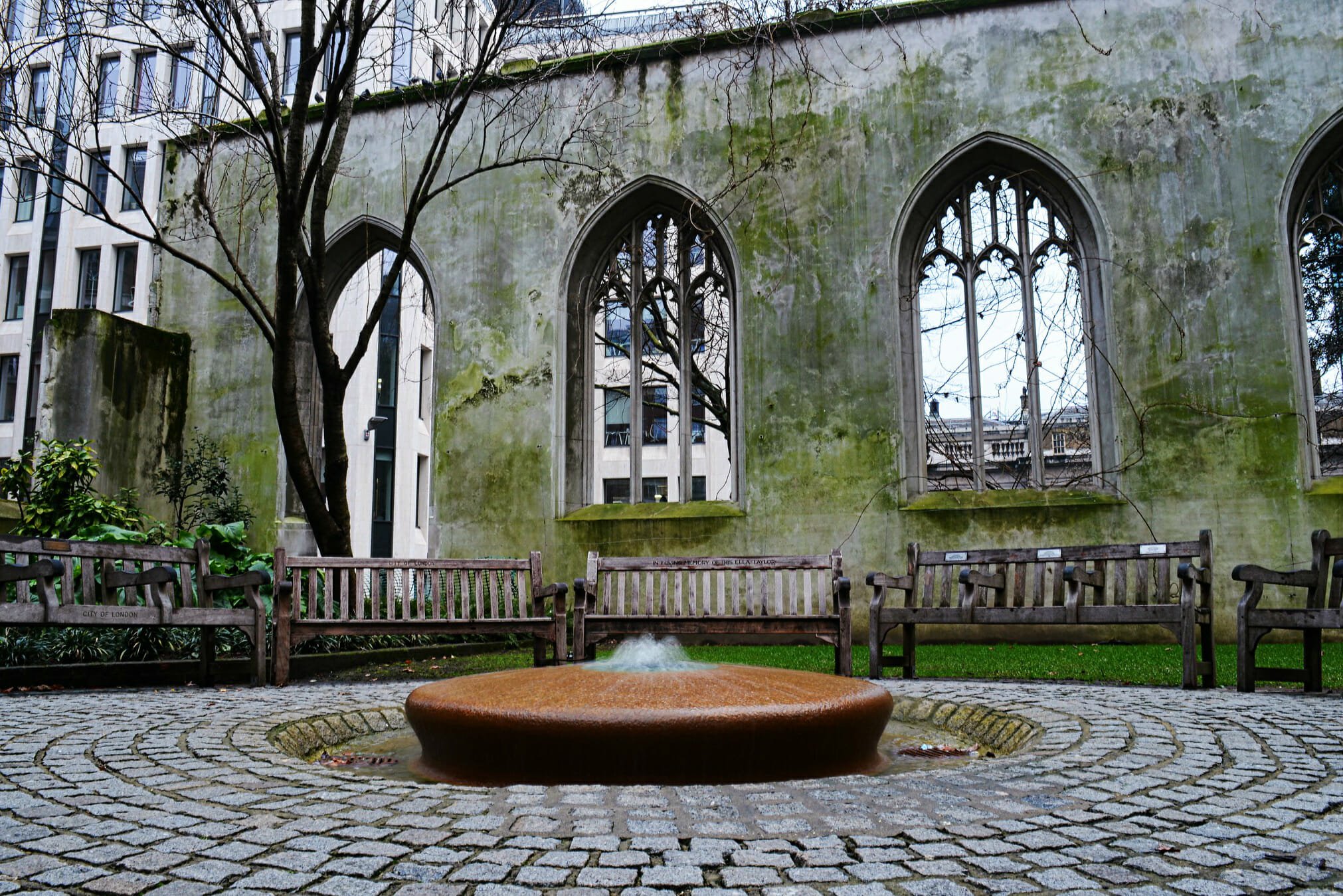 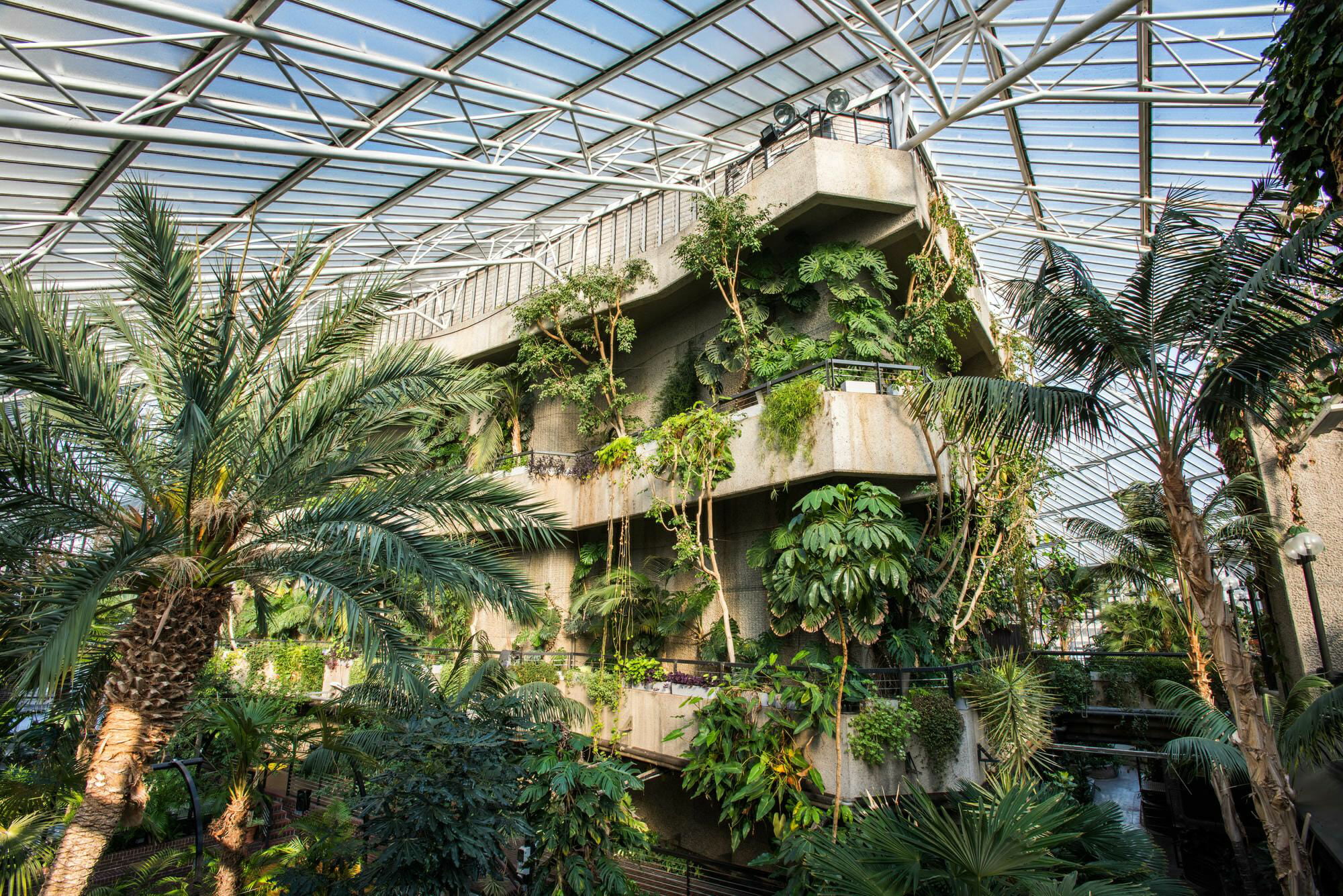 And it’s just one of the things that makes the Barbican Conservatory such an unusual oasis. It’s a brutalist paradise, filled with giant leafy palms, riverside views, and a secret garden afternoon tea with unlimited prosecco. READ MORE 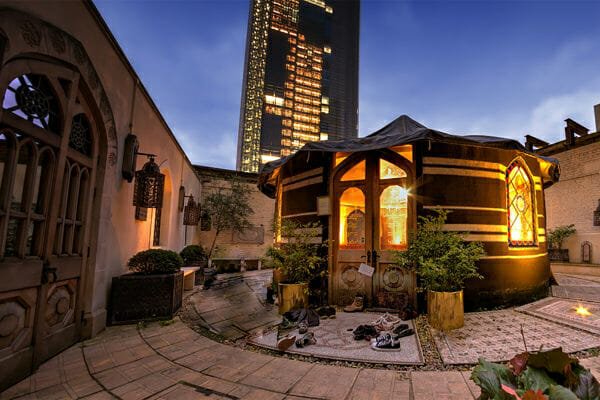 Saint Æthelburh (or just plain old Ethelburga to friends) was a 7th century abbess who devoted her life to doing good works. And this eponymous 13th C church is carrying on the tradition as the Centre for Peace and Reconciliation – part of which happens to be this award-winning walled garden, complete with authentic Bedouin tent.

Details: Open to the public 11-3pm on first and third Mondays of the month | 78 Bishopsgate, Ec2N 4AG 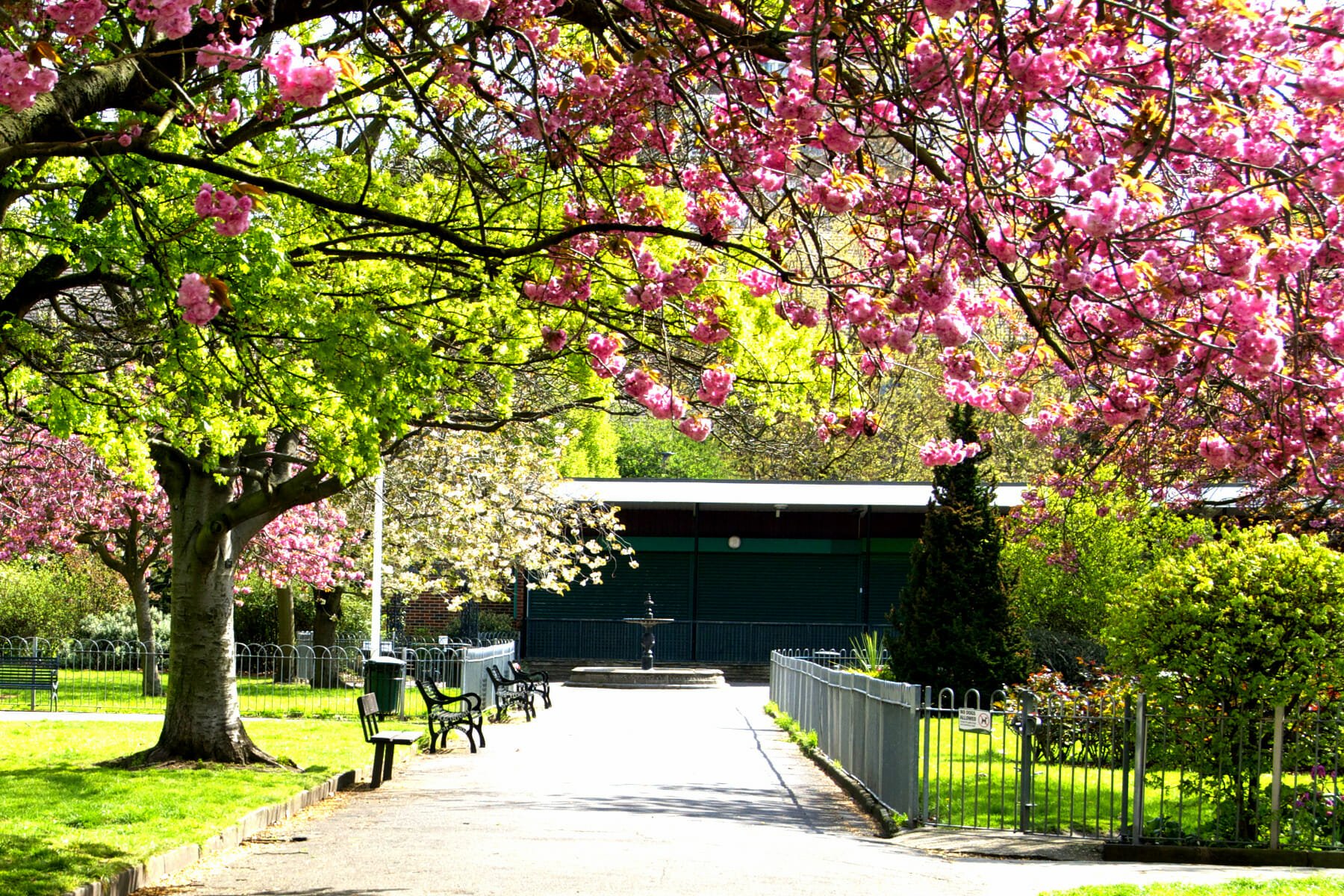 Vauxhall Park takes your standard park components, and does one better. A picturesque rose bush? Have a full, rose-laden arbour walkway. Pretty flowers? They’ve got an entire field of lavender, which you can help harvest. A couple of nice benches? Eh, they made a mock-Tudor model village instead. 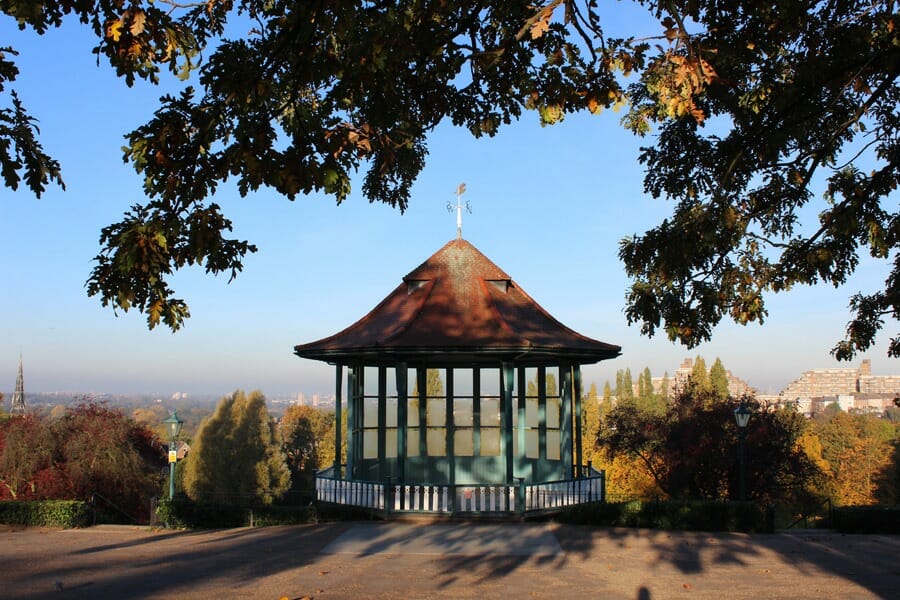 Not only is the Horniman a) home to a giant overstuffed walrus and b) still the museum with the funniest name in London, it also happens to be perched atop a whopping 16 acres of green space, which is broken up with the odd attraction like the bandstand (still in use), botanical displays, a butterfly house, a Grade II listed conservatory, a Dutch barn, giant outdoor musical instruments, a totem pole, and a herd of alpacas. READ MORE

The Red Cross Garden was set up in 1886 by Octavia Hill (founder of the National Trust, and not, confusingly, the Red Cross), and was recently restored to its original Victorian layout by local volunteers; comprising beds of exotic shrubs, a wildlife pond and a rockery garden. 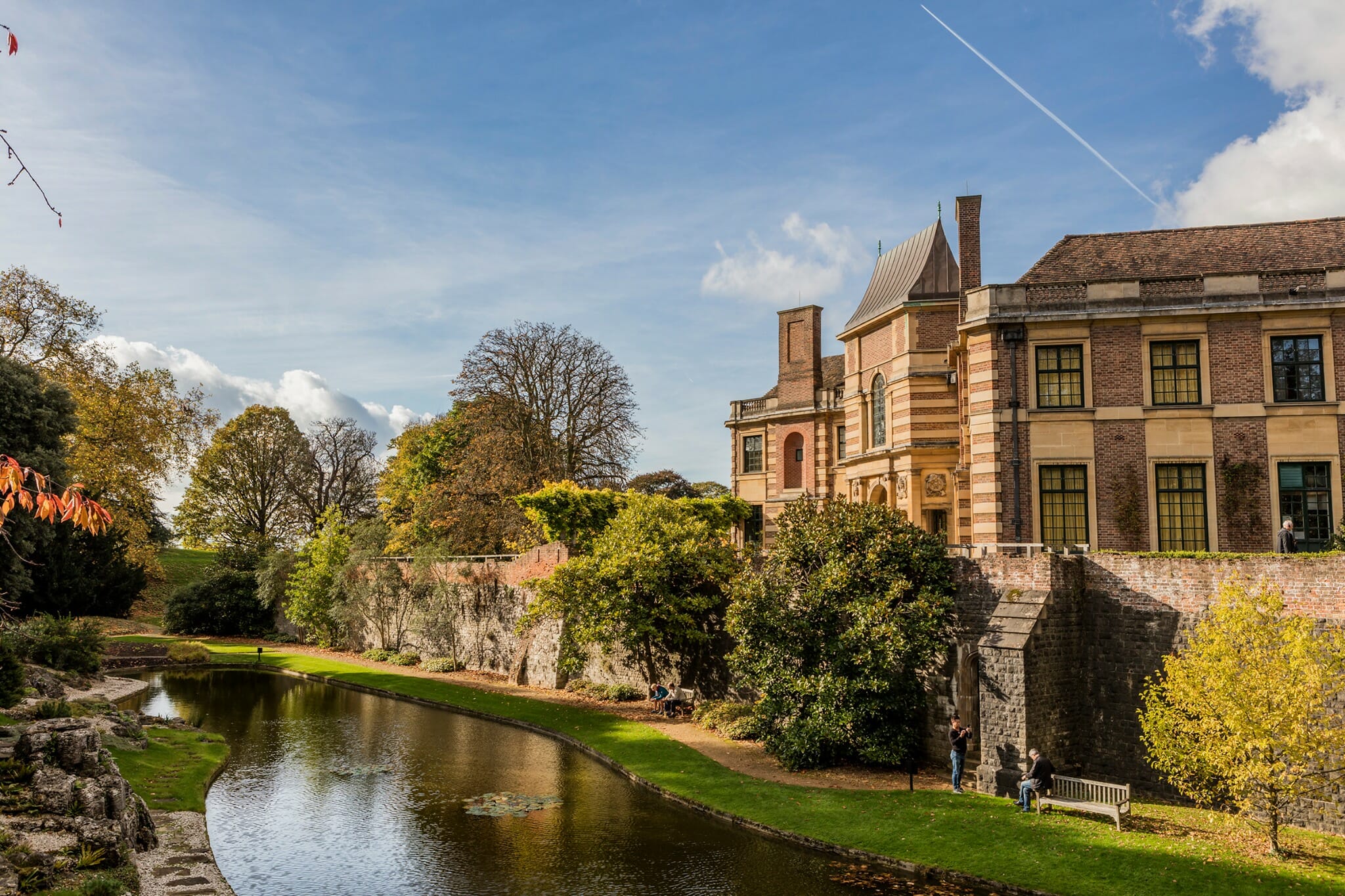 Built by a couple of millionaires back in the ’30s, Eltham Palace is an art deco mansion built within medieval castle remains – which can only bode well for the 19 acres of garden, in which you’ll find a moat, a sunken rose garden, and London’s oldest working bridge. Hopefully. 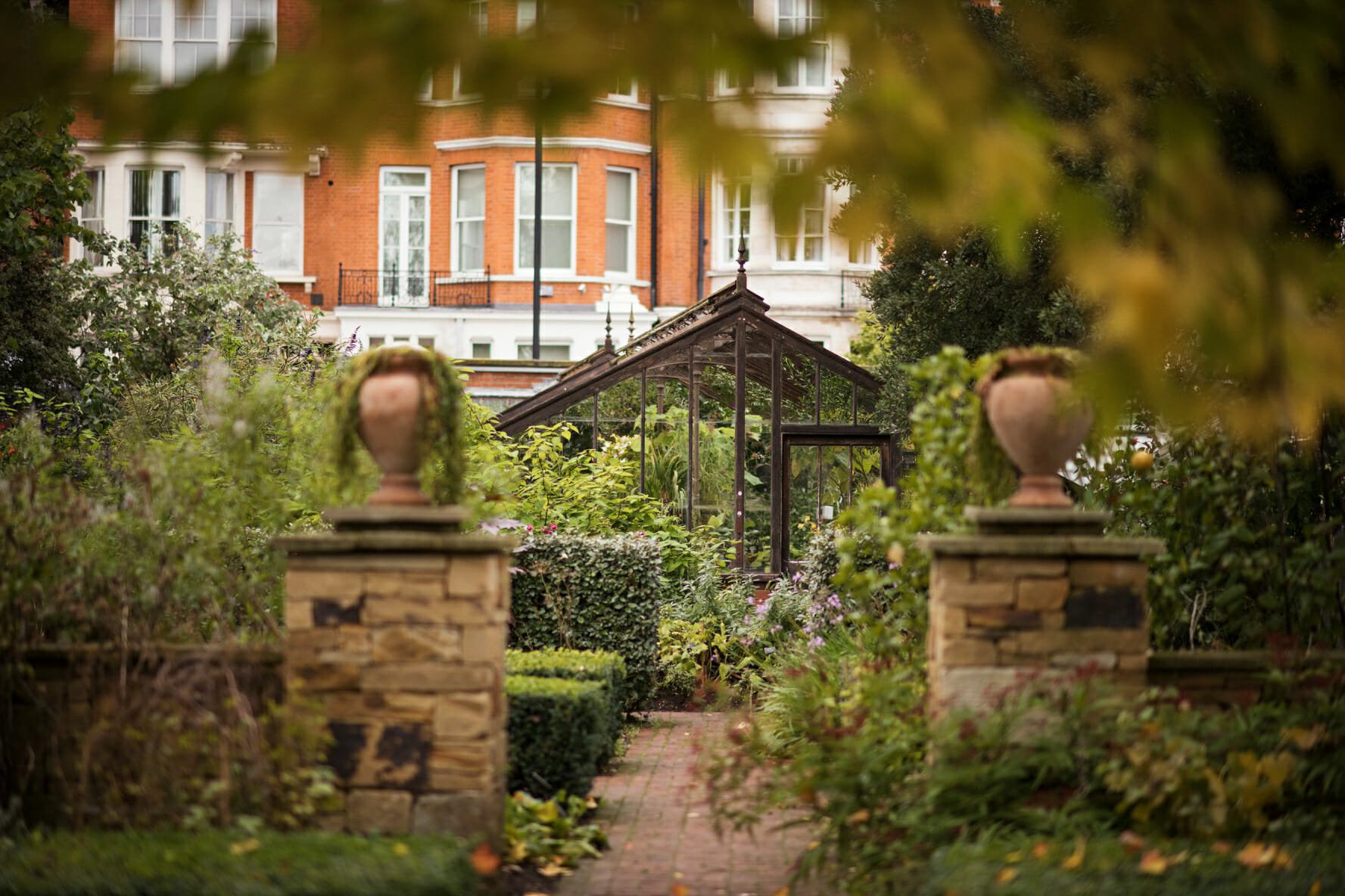 Originally built as an apothecary’s garden, CPG houses over 5,000 useful and medicinal plants. Nowadays, it runs gardening courses, evening supper talks, and workshops on everything from nature photography to traditional Japanese ink painting.

Appropriately for a canal-side park, the secluded Warwick Avenue Gardens were renamed in 1975 to commemorate Dutch painter Rembrandt – who’d no doubt heartily approve of the picturesque view, well-manicured lawn and ornamental flowerbeds. 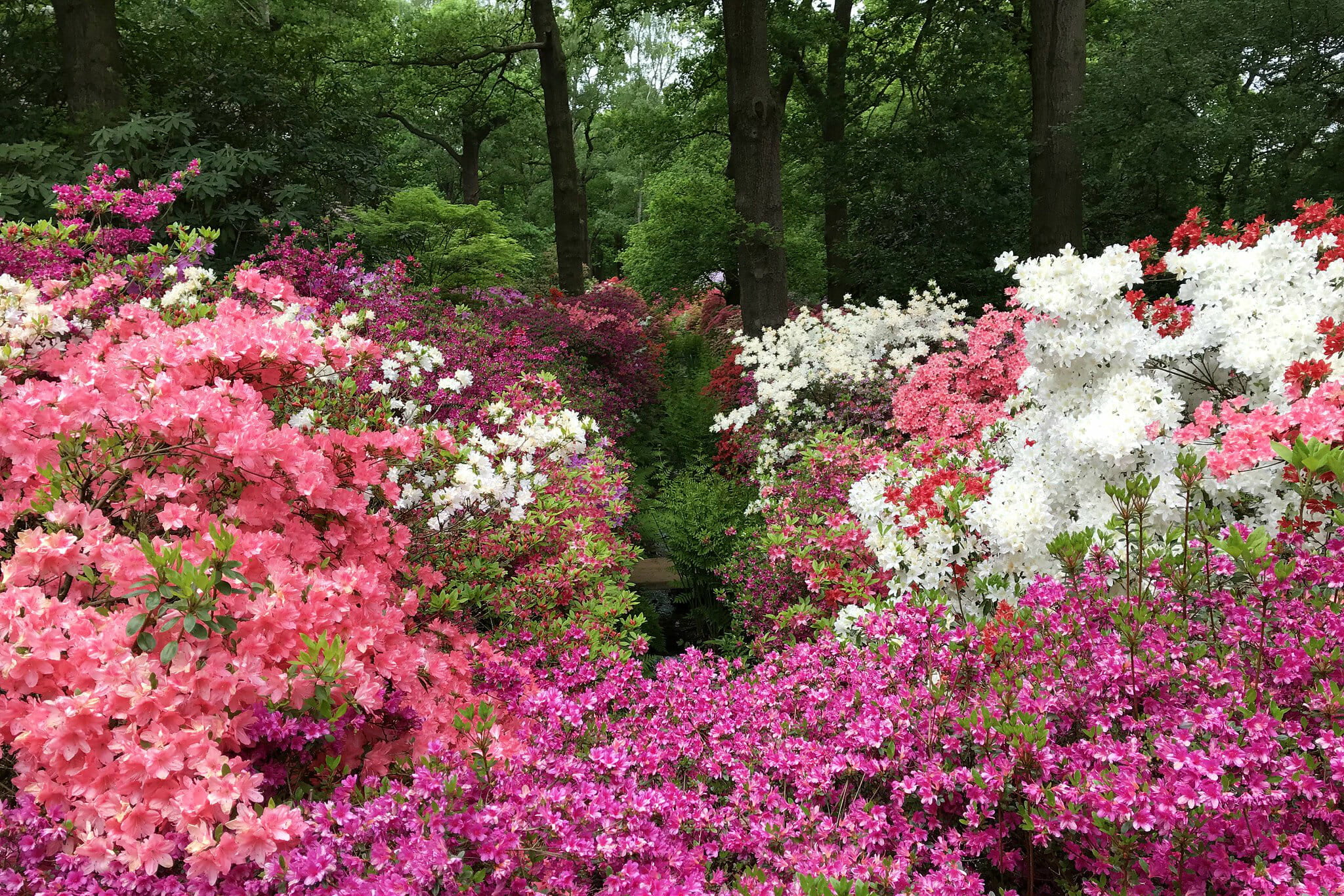 Head to this hidden Victorian woodland garden in the midst of Richmond Park, and you’ll be rewarded with mirror-like lakes, mysterious winding paths, and – if you visit in April/May – this ridiculously romantic display of Japanese azaleas. 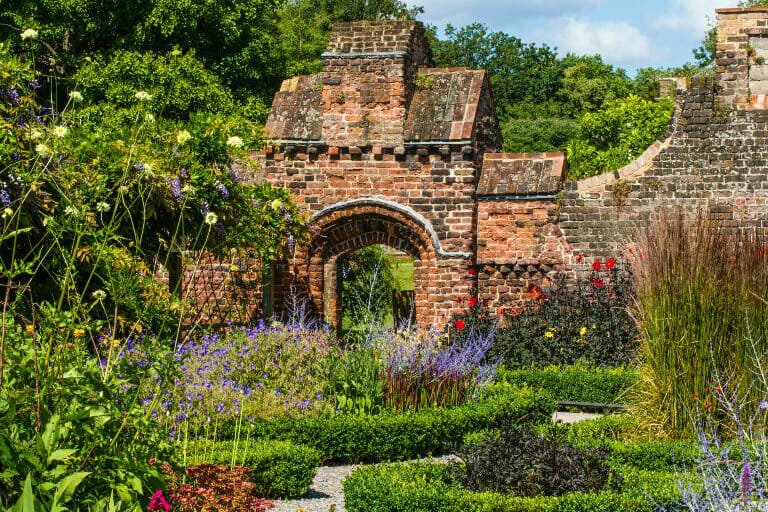 Home to London’s bishops for over 1200 years, the various residents once had full run of the 39 acre grounds – including, apparently, first dibs on any whales which swam up the Thames. Nowadays the gardens are open to the public, and comprise a restored walled garden, a 500 year old oak, and a ‘tree of bishops’. 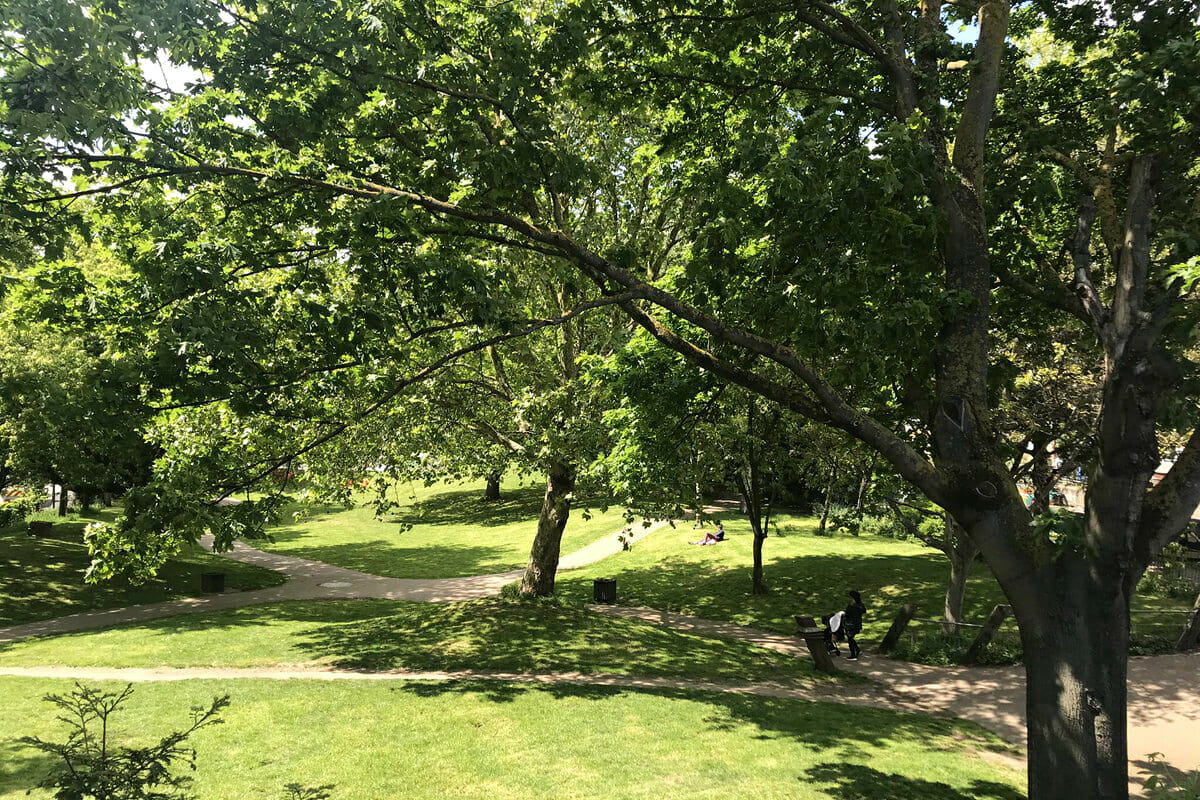 Meanwhile Gardens were originally created as a temporary fix for derelict land – but the name stuck, and so did the gardens. The four-acre stretch of green space now boasts canalside views, peaceful ponds, and elegant Moroccan tiled fountains.

Like discovering London’s secrets? Get ready to have your mind blown