The Best ‘Pick Your Own’ Farms Near London

Pumpkins: they’re smashing. And they’re even better if you’ve wrestled them from the ground with your own bare hands. You don’t even have to travel far to do it – there are plenty of Pick Your Own farms near London growing all manner of fruit and veg ready for you to harvest and take home.

The PYO calendar generally starts up in May for asparagus season, reaching peak pluck over the summer when strawberries, raspberries and blackcurrants ripen up. Then it all wraps up around harvest festival time (who’d have guessed?) with a final autumnal crop of apples and pumpkins. Fancy channelling your inner farmer? Here’s where to go pumpkin or fruit-picking within an hour of London… 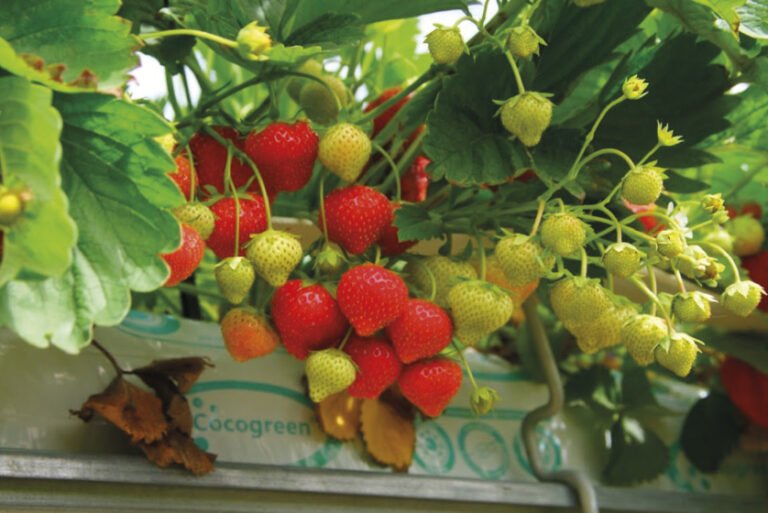 If you like the idea of sitting on the tube with a pumpkin on your lap, Copas Farms is one of the most easily accessible options for veg and fruit-picking near London. It has two PYO fruit fields – one in the pretty village of Cookham and one in Iver, a little closer to London and accessible on the Elizabeth Line. Both offer PYO pumpkins from early October until the fields are empty, and all sorts of fruit and veg over the summer. 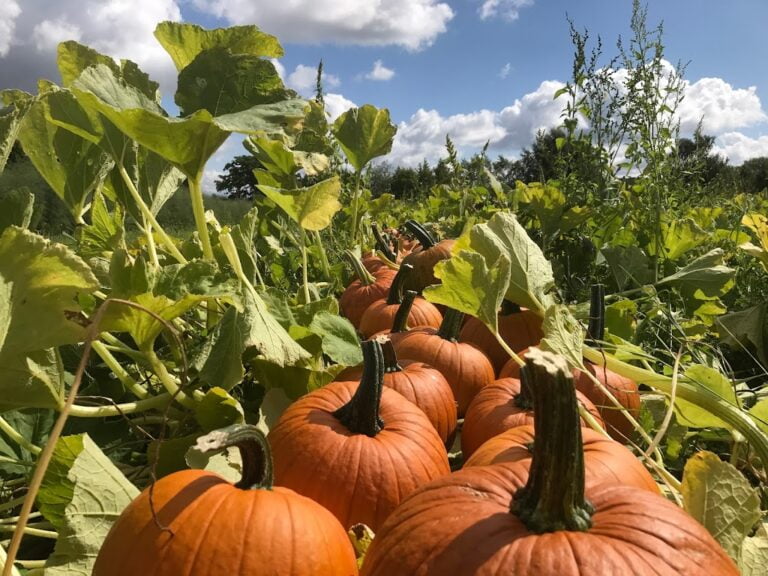 How much does Crockbridge love a pumpkin? Well, it grows thousands on its Surrey farm, from white ghost pumpkins to tiny little munchkin pumpkins. When PYO season closes in mid-October, it hosts a Pumpkin Market, where you can get your hands on pre-picked squashes. And it holds a Pumpkin Festival, with live performances, fancy dress, pumpkin carving and more. If you don’t love gourds quite as much as they do, swing by in spring or summer for more DIY veg and fruit-picking, including asparagus and rhubarb. 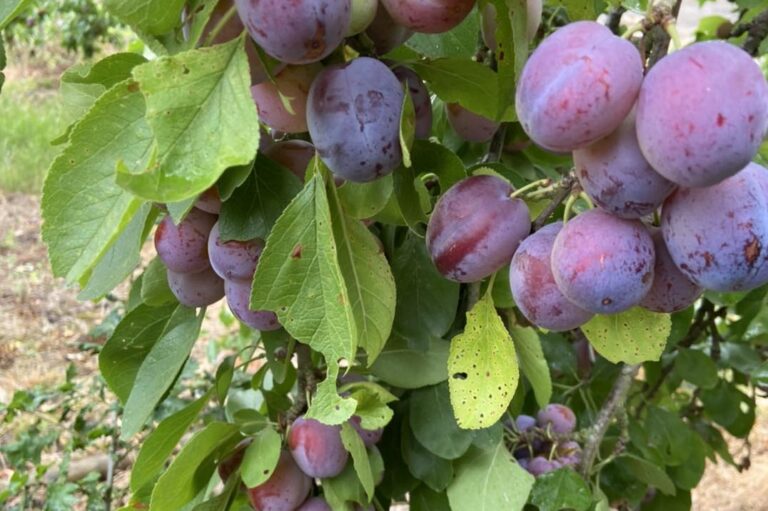 The largest pumpkin ever recorded weighed in at 1,226kg – about the same as a Nissan Micra or a moderately out-of-shape walrus. Wrestle that from the ground and you’ll have a job getting it back on the train to London. Thankfully, there are more conveniently sized squashes available at the 78 acres of family-run Hewitts Farm, with the crop taking over from plums, apples and pears in October. There’s a decent shop, too, selling local Kent produce alongside its own harvest. 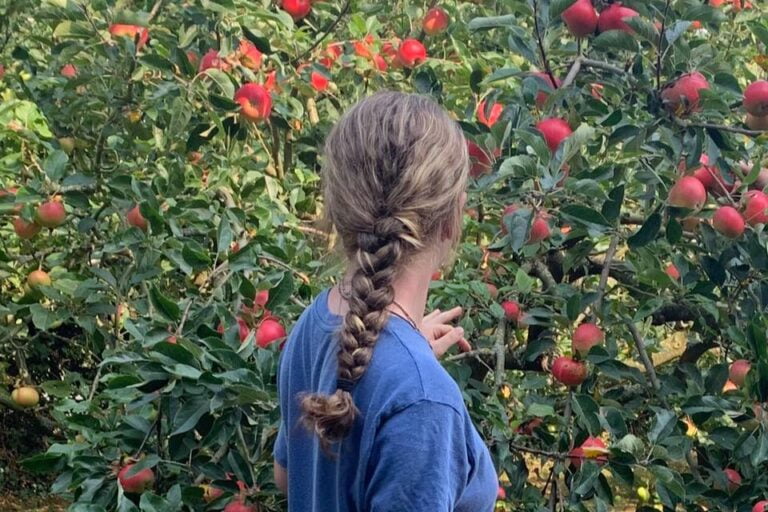 There are no pumpkins at sweet little Home Cottage Farm. What there is in autumn is apples. Loads and loads of apples. There are 15 varieties grown in its orchards, including the marvellously named Laxton Superb, available for PYO in September and October. If you’re no fan of a Red Pippin or Bramley, there are also pears, plums, raspberries and blackberries in season, making it one of the most bountiful spots for fruit-picking near London. Oh, and there’s even honey from the farm’s own hives on sale in the rustic shop. 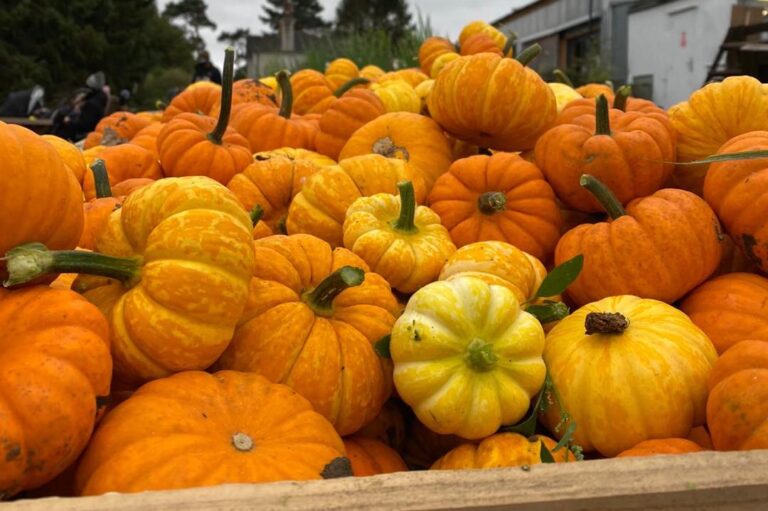 The first thing you need to know is that it’s pronounced ‘mep-ham’. The second is that it opens its pumpkin patch every weekend in October (or until the very last pumpkin has been cleared from the ground). Unlike many PYO farms, there’s no need to book ahead, and it welcomes dogs in the fields. Outside of squash season, come here for the fruit-picking – berries, plums, pears and various other fruit and veg – or just to scoff cake at the on-site tea room. 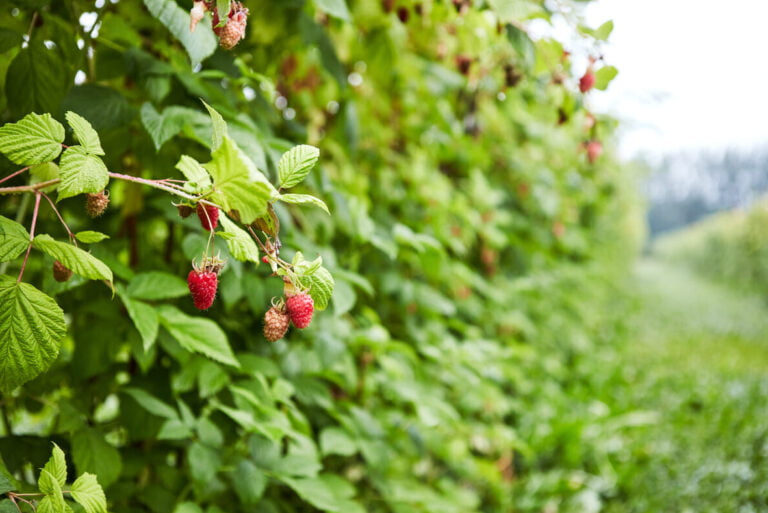 Set in the Chiltern Hills, family-run Peterley Manor Farm is a little harder to get to than the other fruit-picking farms on the list, but it’s well worth the effort. It specialises in PYO soft fruit in summer, reopening in October for pumpkin season. All manner of varieties can be plucked from its patch, including “knobbly ones” and “dinky ones”. There are other distractions throughout the year, too, including yoga workshops, field-to-table feasts, a plant nursery, an award-winning farm shop and a café in a beautifully converted tractor barn. 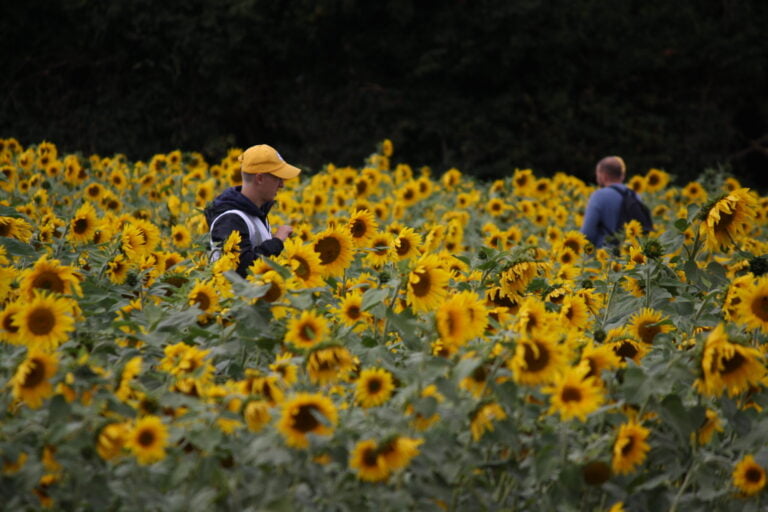 You’ve got to be alert to get in at the Pop-Up Farm. It only opens to the public for three ticketed events each year: the Sweetcorn Celebration, Sunflower Festival and Pumpkin Patch. It’s a small, friendly affair, with assorted photo ops set up around its 12 acres, a café selling popcorn, hot chocolate and so on, and the odd seasonal flourish, like a late-summer haybale maze. If you’ve missed the chance to stroll through its sunflower fields, check out the 22 varieties of pumpkin growing in its patch – the on-site wheelbarrows come in handy if you have an eye on one of the larger specimens. 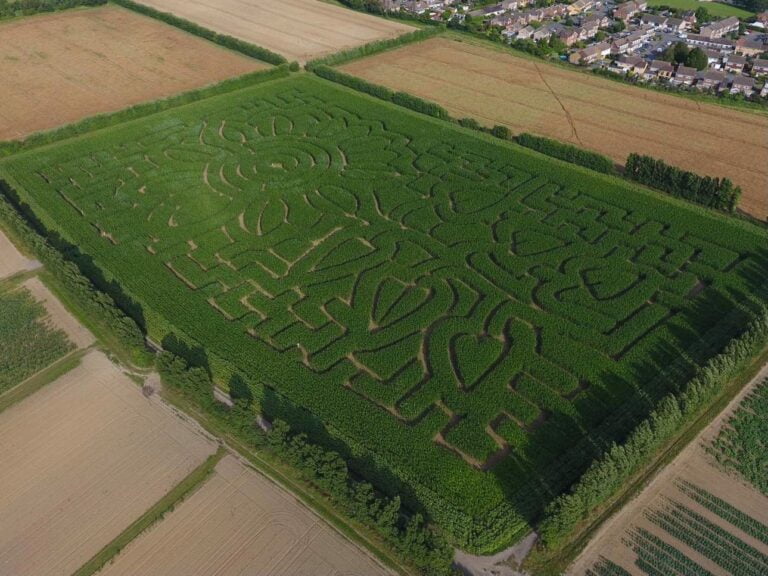 Let the gourd times roll. Stanhill Farm grows thousands of pumpkins each year, and allows people in for a two-week period in October to pick them (booking required). If selecting and carrying your own squash from the patch sounds too taxing, pick one up from the farm shop instead. Plan a return trip for summer, when the focus is on rather smaller produce, including mini cucumbers and dwarf French beans. You can also re-create your own horror film by getting lost in the maize maze.

CBA to PYO? Eat your greens at the best vegan-friendly restaurants in London…