The Best Pubs In London Bridge

Being the transport nexus that it is, London Bridge is a bit like puberty – everyone has to go through it at some point, it can be a little confusing when you do, and you end up suddenly seeing the benefits of alcohol. Which is where the pubs in London Bridge come in handy.

So, with that in mind, we’ve decided to put together a list of the finest drinking establishments in the area. From hole-in-the-wall craft beer bars to historic alehouses, here are the best pubs in and around London Bridge… 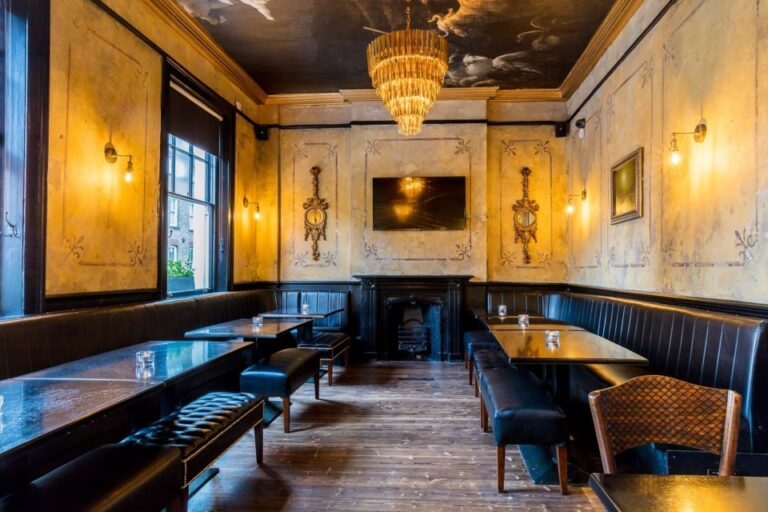 Boasting the best beer garden in the area, The Woolpack on bustling Bermondsey Street is a warm-weather favourite. On a sunny day, you’ll find every man and his dog (literally, this place is prime for pup-watching) jostling for a highly coveted garden table. But even when the sun isn’t shining – as crazy as that sounds – The Woolpack delivers. Inside, it’s all vintage tiling and wood panelling, with a wrought iron spiral staircase connecting two spacious floors. Settle into one of the leather banquettes for a bite to eat: the sizable menu features everything from spicy jackfruit salad to classic cheeseburgers. There’s also a decent wine list and a solid selection of interesting craft beers to match. 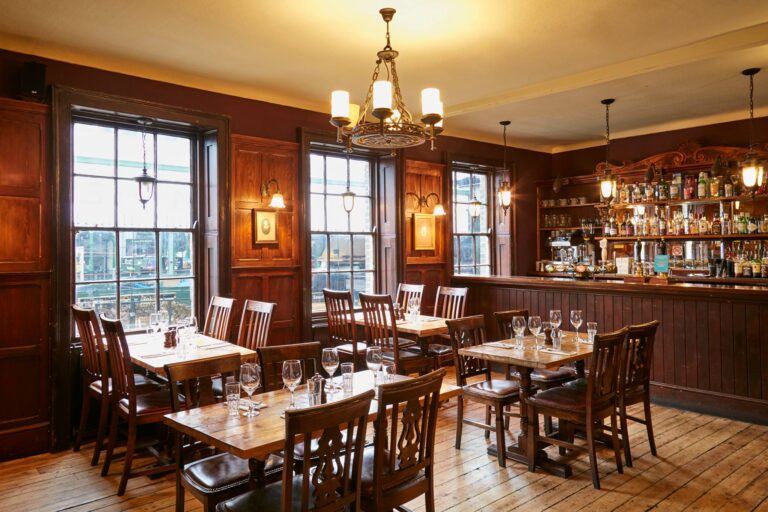 Situated directly opposite Borough Market, this old-school alehouse is pretty much always heaving, making it tricky to score a spot at peak times. But even if you have to stand outside, you’ll be rewarded with excellent people-watching and a cracking atmosphere. Choose from one of many real ales on tap, plus a selection of lagers, IPAs, and ciders. And to line your stomach, there’s a menu of classic British pub fare, including a particularly popular pie of the day. 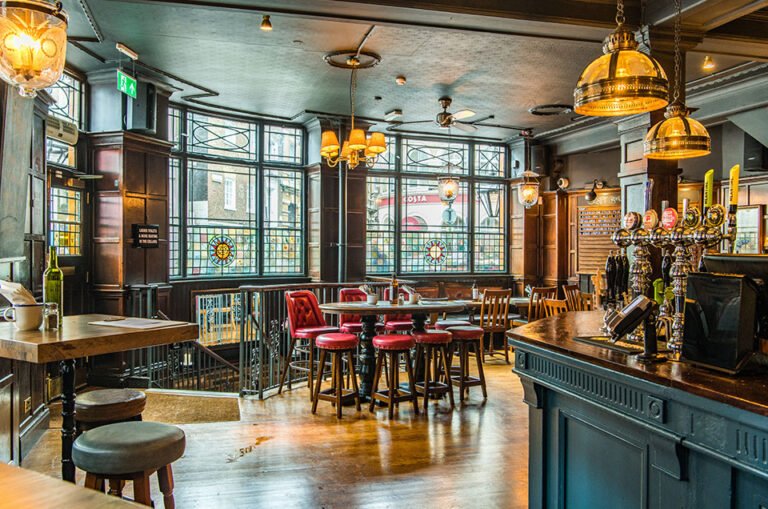 Established in 1864 on the site of a former debtors’ prison, The Southwark Tavern has existed through various incarnations as a hotel, early house and even a Luftwaffe target in World War II. Now, after a series of refurbs, the London Bridge pub serves as one of the area’s finest watering holes, without sacrificing any of its original charm. Perched right at the edge of Borough Market, it’s a hot-spot for local office workers and tourists. But if you want to escape the crowds, head down into the basement, where the supposed cells have been transformed into cosy, candle-lit alcoves. Food is standard pub grub, but the place is serious about beer, boasting six ales plus over 20 specialty draught beers and lagers. 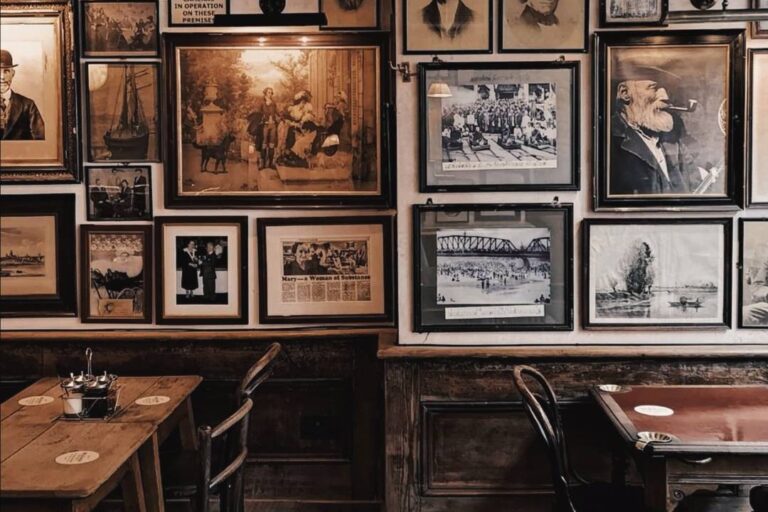 Tucked away on a Southwark side street is Mc & Sons, a friendly family-run Irish pub that feels transplanted straight from the streets of Dublin. The old-timey interior features wooden walls covered with framed photos that commemorate past generations of the McElhinney family. Bring your friends and snag a spot in the hidden 10-person snug with its own private bar hatch, or join in the craic in the main bar area. Unsurprisingly, they serve a mean pint of Guinness here, but more surprising is the excellent Thai food, which is flavourful, generously portioned and reasonably priced. Hot tip: There’s traditional live music on Saturday nights so arrive early to get a seat and settle in.

History buffs best make a beeline for The George Inn. One of the oldest pubs in London, it dates back to the 17th century and once counted William Shakespeare and Charles Dickens among its regulars. As the only surviving galleried coaching inn in the capital, it boasts impressive galleries and a huge open courtyard, where the Bard is said to have held performances. These days, the clientele may be somewhat less… Elizabethan, but a lot of the old period features are still intact, lending it a sense of authentic old-world charm. It’s run by Greene King, so you can expect typical pub fare alongside an extensive drinks menu. 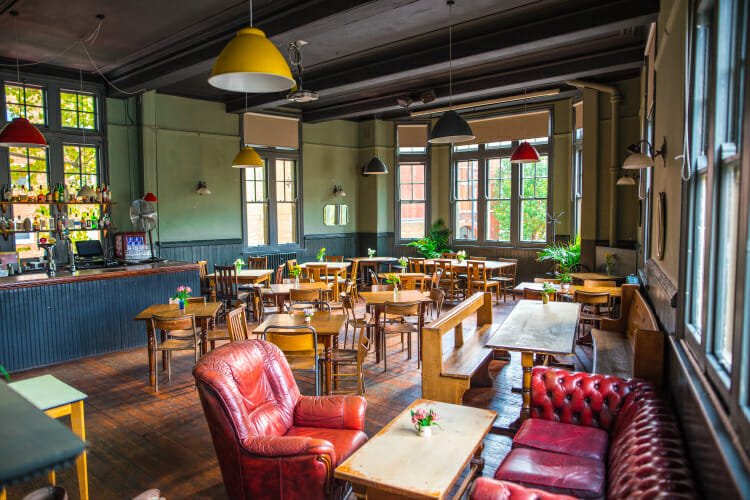 London Bridge has so many pubs within a stone’s throw of each other that it’s easy to overlook those that are ever so slightly off the beaten track. Which would be a sorry mistake, as it means missing out on the charms of The Roebuck. A mere 10-minute stroll beyond the main drag of London Bridge, the characterful Borough boozer stands on a leafy corner, a scattering of benches out front. The interior is airy and bright, with Victorian period fixtures balanced nicely by mid-century furniture. As a member of The Sustainable Restaurant Association, The Roebuck prioritises locally sourced, seasonal produce: meat is always free-range and there are plenty of vegan & veggie options. They extend the same sustainable approach to the drinks menu, which showcases an ever-rotating array of local brewers and gin distillers as well as organic winemakers.

Don’t be fooled by its compactness: what The Rake lacks in size it more than makes up for in the quantity – and quality – of its craft beers on offer. This diminutive drinking den tucked around the back of Borough Market was founded by beer nerds for beer nerds. And you can tell. The intimate interior is decorated with beer ephemera, its walls scrawled with tributes from local and international brewers. With 16 keg taps and four cask pumps plus fridges choc-full with a dizzying array of bottled brews, it’s a hop-lover’s paradise.

Sure, The Rose is a great place to pop into for a drink: it has craft beers, barrel-aged cocktails and decent wines. There’s even a sweet little beer garden from which to enjoy your beverage of choice. But to leave it there would be missing the point. You see, this beloved London Bridge pub is famed for its chicken parmos, in particular the monolithically huge Bermondsey Parmo. It’s a behemoth of a thing, topped with Swiss cheese, bechamel sauce and chorizo, and served with fries and salad. A similarly unrestrained approach is applied to other items on the menu, including the hulking truffle burger. Suffice it to say, you’re going to want to come hungry.

Want something to eat with that? Here are the best restaurants in London Bridge.