The Best Ramen Restaurants In London

Particularly when you’re slurping it at one of the best ramen restaurants in London. Whether you’re in the mood for a proper Japanese classic, eaten in the privacy of a shuchu (a small, sectioned-off, solo booth that allows you to focus 100 percent on your ramen), or a bowl that’s a little more bit off-beat, conquered amongst the buzz of Dalston’s Kingsland Road, London’s ramen scene is only getting bigger (and better). And these are the best of the bunch: 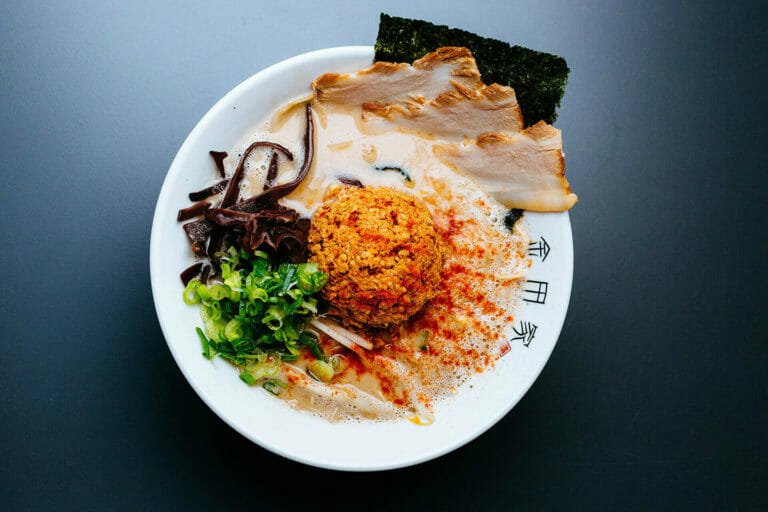 The classic success story of a small town kid that made it big overseas, Kanada-Ya was originally a teeny wee ramen bar in Yukuhashi, Japan, before arriving in our neck of the woods and right away amassing a loyal legion of fans for its wheat noodles (crafted in a high-tech Japanese noodle-making device) and cloudy, creamy broth that’s simmered in pork bones for 18 hours. The sauce in founder Kanada-San’s tonkotsu is top secret information and highly-sought after, so much so that some sneaky people in the Fukui prefecture tried stealing the recipe. That attempt at theft turned out rather well for us, as it led him to London where he now has five thriving ramen restaurants across town: Angel, Piccadilly, Covent Garden, Carnaby & Ealing. 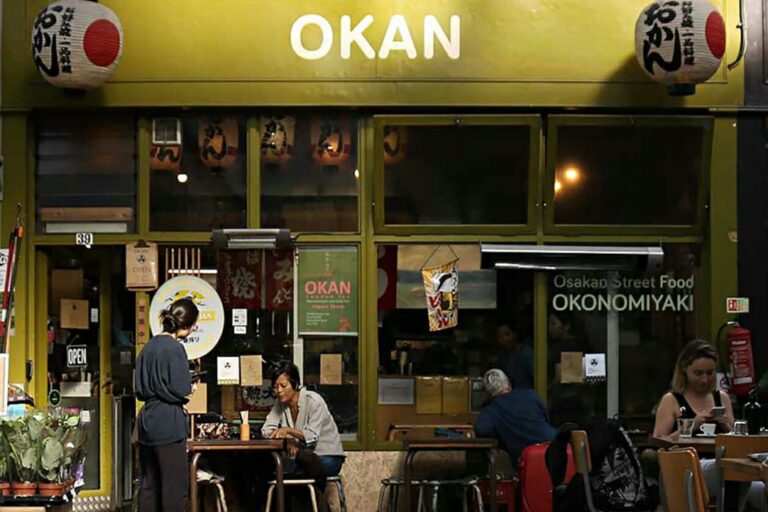 Okan now boasts four of their Osaka-style ramen restaurants across London – two in Brixton, another on the Southbank, plusss a pop-up at Kanpai in Peckham. The Brixton East branch is the only place you’ll find their ramen however – big bowls of soupy goodness, nurtured to life with motherly love (which is appropriate as Okan is actually the Osakan slang for Mother). The menu is short and sweet, however it still includes a vegan option, as well as their top seller the Tokyo shoyu. 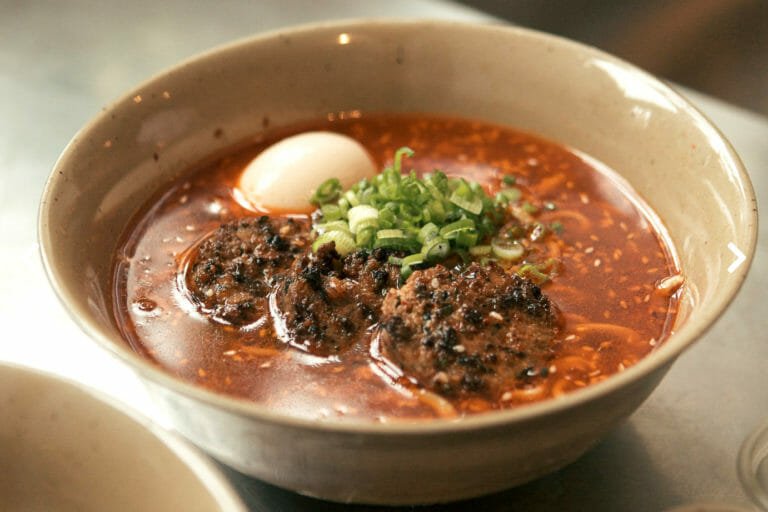 If you find yourself in East London looking for Supa…you’re guaranteed to find it along Dalston’s buzzy Kingsland Road. After a string of sell-out pop-ups, collabs, and take-overs (the former of which took place in his very own kitchen), chef Luke Findlay (ex NOPI and Berber & Q) decided to give the people want they wanted: big, steamy bowls of beautifully inauthentic ramen (streaky bacon, slow-roast tomatoes and buttered toast flavoured ramen – say what?) on more of a permanent basis. The space is small and simple but it does the job and there’s beer, wine and a strangely difficult to open bottle of lemonade to wash it all down. Much to our delight, the team recently opened Supa Ya Ramen Peckham for all you folks south of the river. 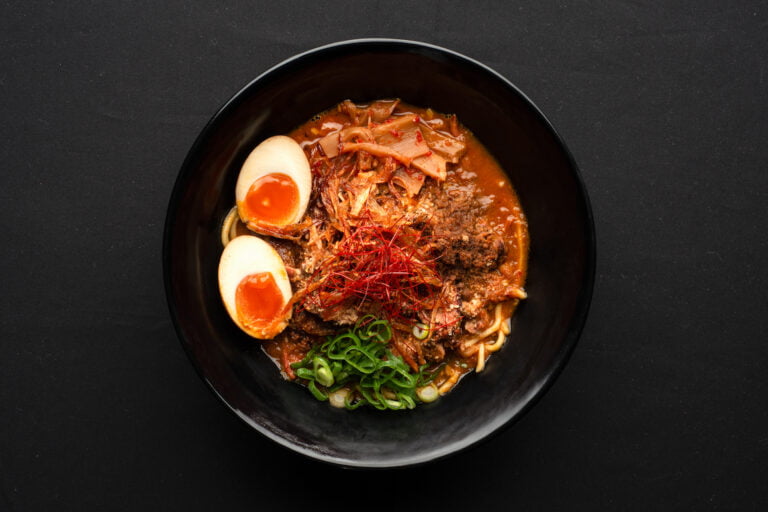 Some obsessions are meant to be encouraged; like Masterchef’s youngest ever winner Tim Anderson’s one with Japan. As one does, the founder and chef caught the ramen bug during his journeys around the Kyushu (the main island in Southwest Japan), setting up a restaurant in Brixton Village when he returned. As for what’s on offer, it’s not really conventional stuff- some is, but others give a playful nod to Kyushu’s multicultural make up. Like the Lazy Goat Ragù-Men which sees slow-cooked goat leg in a spicy Indo-Caribbean curry sauce. It’s ironically one ramen that’s definitely not kidding around. 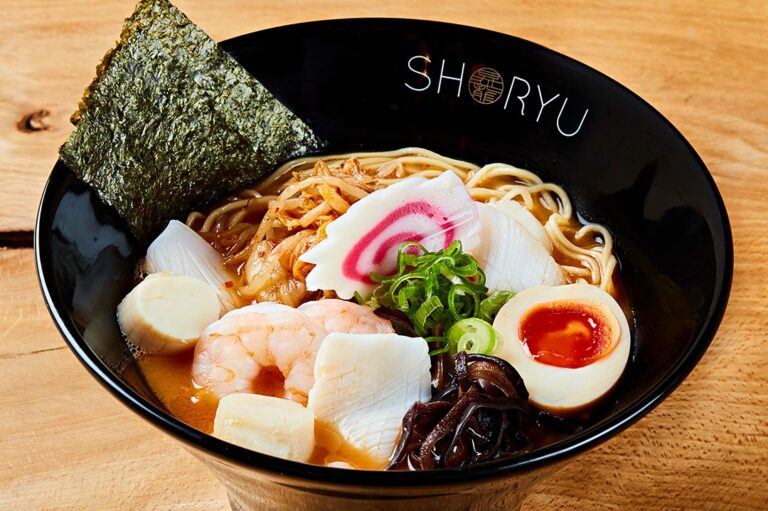 Shoryu spotlights the Hakata (a ward of Fukuoka) style of tonkotsu which is characterised by straight thin noodles and a heavy hitting, thick 12-hour white pork soup. Each bowl is adorned with a gooey nitamago Burford brown egg and they’ve flexed their creative muscles with the profiles – see the ‘Piri-Piri, as well as the plant-based ‘White Natural’ that uses tonyu soy milk, miso and kombu and shiitake mushroom as its base. Even if you’re an upstanding member of the ramen hardcore, both are worth treading off the beaten path for. We a-shoryu… 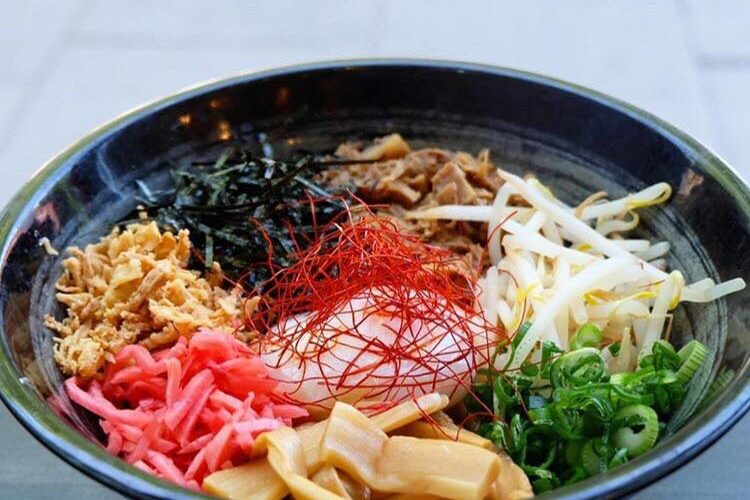 Like Nanban above, Monohan tells the wholesome tale of a man – Ian Wheatley – who went to Japan for a while and became wrapped up in ramen, slurping his way around various cities before coming home to set up his very own ramen bar in Old Street. In Wheatley’s eyes, what goes into the bowl really does matter. The noods for instance are handmade with imported Japanese flour and the pork-bone broth (bursting with umami thanks to kelp and shiitake mushroom) is boiled for a minimum of 24 hours. Even the humble egg has been given the lab treatment – cooked for exactly six minutes and ten seconds (nothing more, nothing less) and left to marinate for a further two days. There’s no shortcuts here… 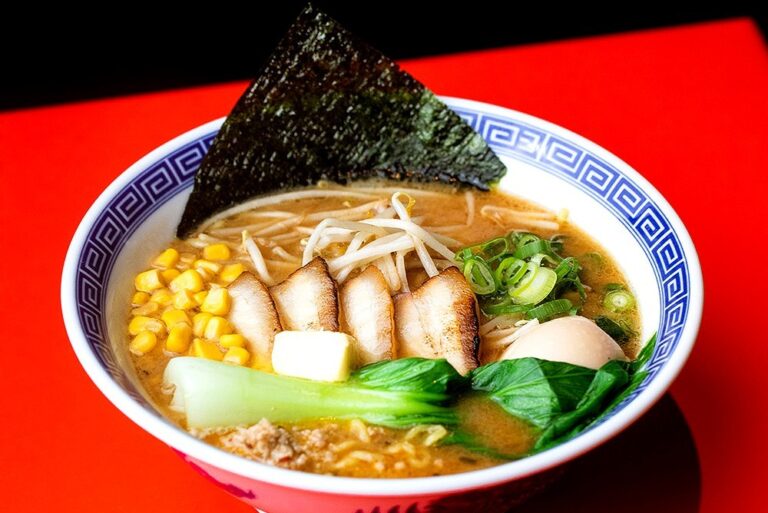 If your grasp of the ramen language is limited, don’t fret, you’ll leave an expert from Heddon Yokocho. It dishes up ramen dishes from up and down Japan – everything from Sapporo’s miso to Haodate’s shio, Tokyo’s shoyu and tantanmen and, you guessed it….Italy’s vegan Napoli. The menu clearly details the when and where of each variation, as well as the type of broth and noodles. An ode to the alleyways of ‘70s Japan, the restaurant itself is a lively mishmash of lanterns, lucky cats and J-pop. Although, if the only thing you feel like conversing with is your bowl or ramen, you can book a shuchu (focused booths that give solo diners one on one time with their desired dish).

Obsessed with Japanese food? Then you might find out guide to the best sushi restaurants in London interesting…

The Best Restaurants in St James’s Michelin stars. Gilded dining rooms. And fresh pasta for just over a tenner.