The Best Things To Do in Islington

If you’re wondering what to do in Islington…

…then wandering is a good start.

Whether you’re perusing the antique stalls lining Camden Passage, taking a stroll along the canal with a gelato from Badiani or popping into wherever catches your eye along Upper Street, it’s an area that was made for exploring on foot. But if you want a little more structure to your stroll, we’ve brought together the most worthy local landmarks right here…
–

The Almeida’s undoubtedly one of London’s theatrical gems. Its off-West End location means that shows steer away from musicals and more familiar plays to focus on envelope-pushing theatre. Frequently starring big names (and often transferring to the West End after selling out here), recent shows have included Rebecca Frecknall’s critically acclaimed production of Summer and Smoke; a new take on Mary Stuart in which the two leading actors didn’t know which role they’d play until the curtain went up; the premiere of Mike Bartlett’s brilliant Charles III; and Andrew Scott tackling Hamlet. Plus, under 25s can get tickets for a fiver… 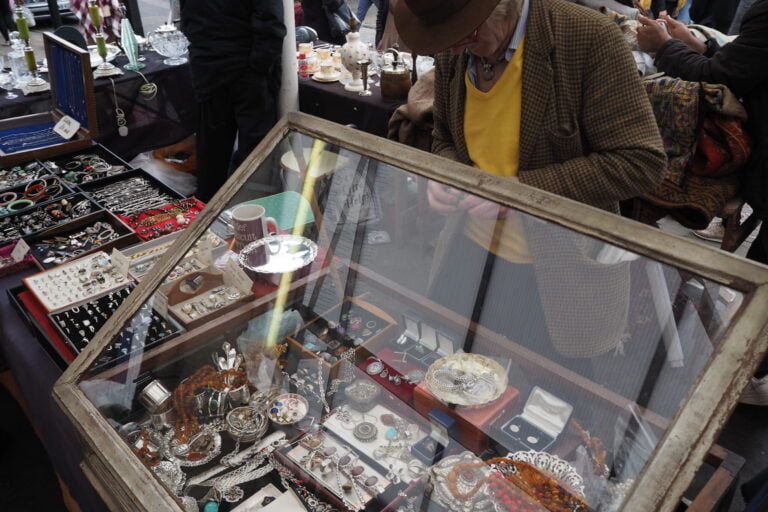 Confusingly not in Camden at all, this has to be one of London’s most charming backstreets. Tucked off the main drag of Upper Street, it’s a quaint, flagstone-paved alleyway lined with vintage shops, cafés and antique stalls that spill onto the street on Wednesdays and Saturdays. You can easily spend a whole afternoon thumbing through second-hand books and browsing art deco jewellery, before pulling up a chair outside Kipferl and refuelling with a little Viennese pastry. 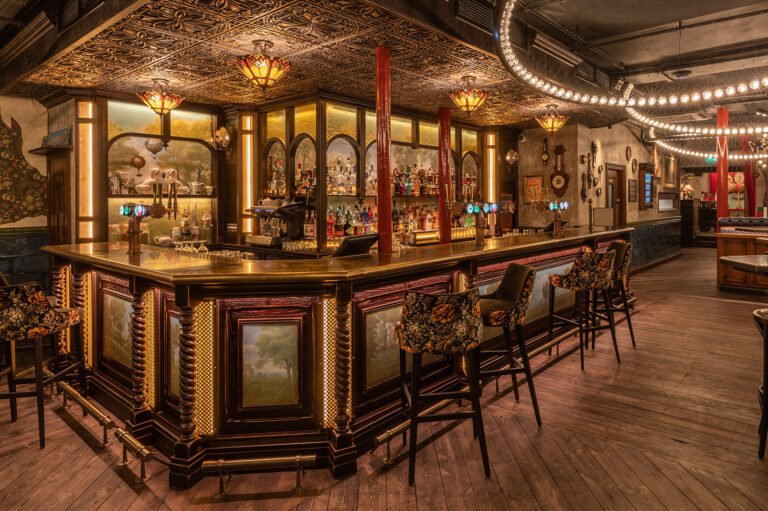 London’s preeminent tech-infused darts bar has stepped up to the oche for their fourth spot in the capital. Occupying a narrow sleeve of a space on Upper Street, you’ll find the dartboards tucked up at the back, and plenty of big tables and booth seating for groups up front. Take your friends down with Shanghai, Killer and Demolition; sip cocktails brought directly to your table; and relive your unstoppable rise to victory with the action replays captured automatically on camera. 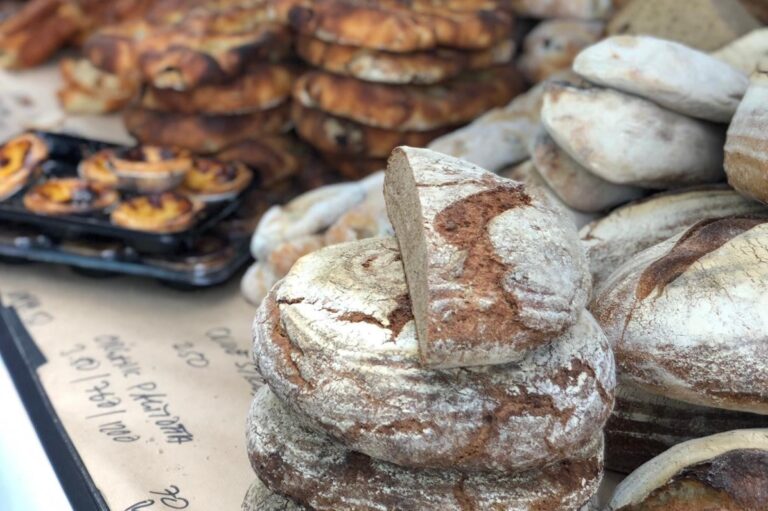 This open-air farmers’ market has been popping up along Chapel Market every Sunday for over two decades. Stalls include the iconic Nigel’s Lettuces & Lovage (who’s been there since the very beginning), as well as fresh bakes from Popina; organic fruit from Chegworth Valley; vermouths made here in London; fresh seafood from the North Norfolk coast; and Quicke’s award-winning cheese. All told, you can expect around 35 traders each weekend, who are always well up for a chinwag and know their regulars by name. 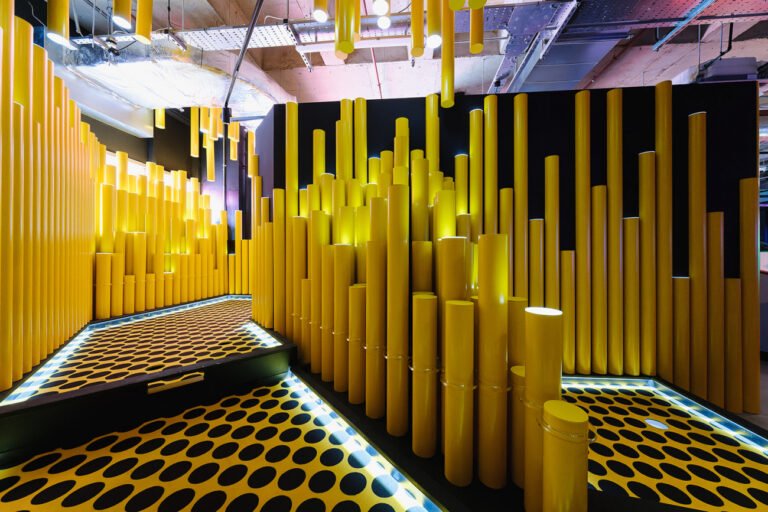 The latest activity bar to land in Islington is the third mind-melting crazy golf course from Birdies. They’ve brought a couple of their big hitters from the Battersea flagship to this 58,000 sq ft golfing playground, as well as some all-new inventions. Expect infinite tunnels, hidden traps, velocity ramps and more – by which we mean, burgers & cocktails. 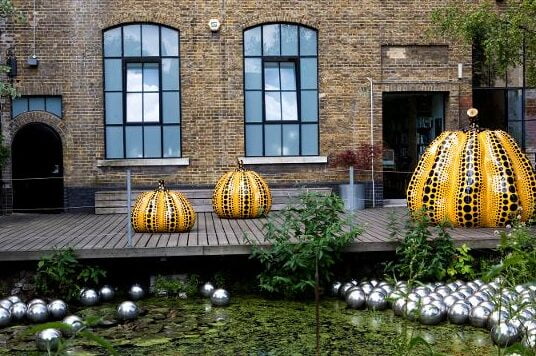 Housed in a converted furniture factory by the canal, the Victoria Miro gallery plays host to visiting exhibitions by contemporary artists including Yayoi Kusama, Grayson Perry and Idris Khan. It’s totally free to visit – although if you feel like dropping a couple of hundred thousand, the artwork’s all for sale, too. 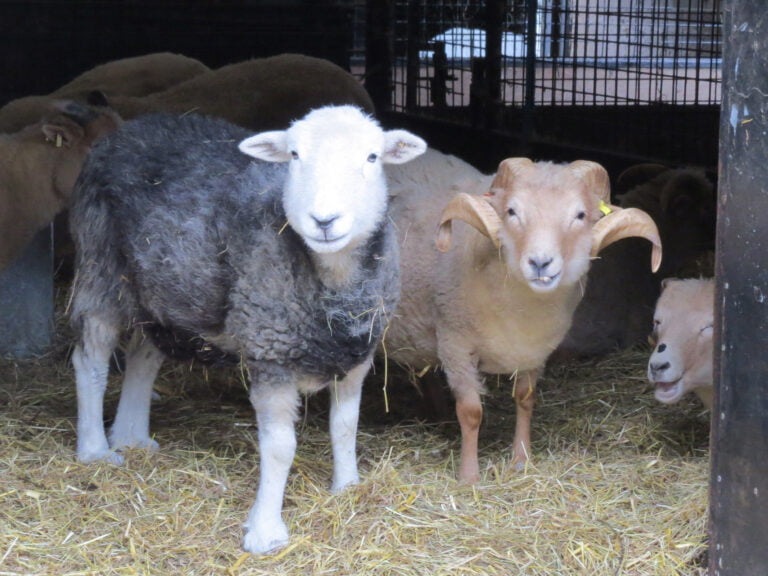 Back in the 18th century, most of London’s veg was being grown in Islington. And 300 years later, there’s still a tiny pocket where the tradition’s live and kicking. The Freightliners farm started out in a couple of disused railway carriages in the 70s, and now it’s taken over a flourishing patch of greenery that’s free to visit. Home to goats, pigs, pheasants and holidaying guinea pigs, there are also plots given over to fruit and veg – much of which gets whipped into the veggie dishes at the Strawbale Café. 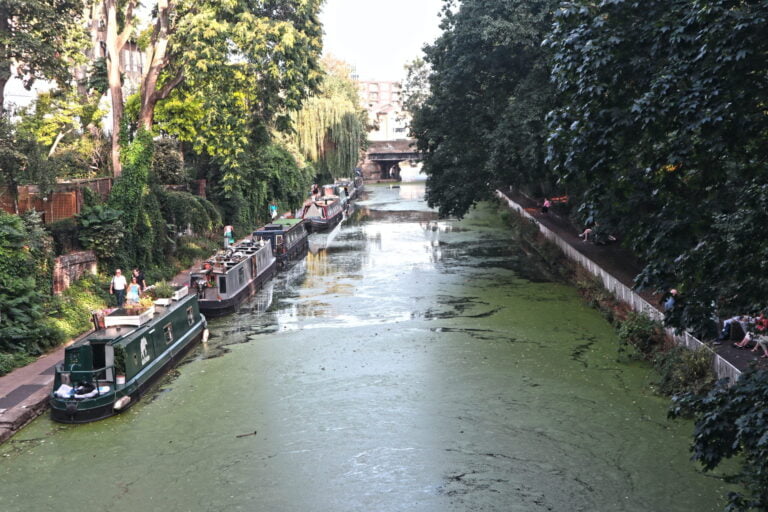 Walking along this canal is one of London’s finer pleasures. Gloriously sunny and colourful in summer; atmospherically misty in winter, it’s the perfect place for a stroll at any time of year. Stretching between Angel and Limehouse via Hackney, there’s loads of places to stop off en route (Towpath, Caravel and Café Cecilia are all worth a look as you head east) – or you could start at the other end, and finish up at Plaquemine Lock for a slap-up New Orleans-inspired brunch with live jazz and blues.
– 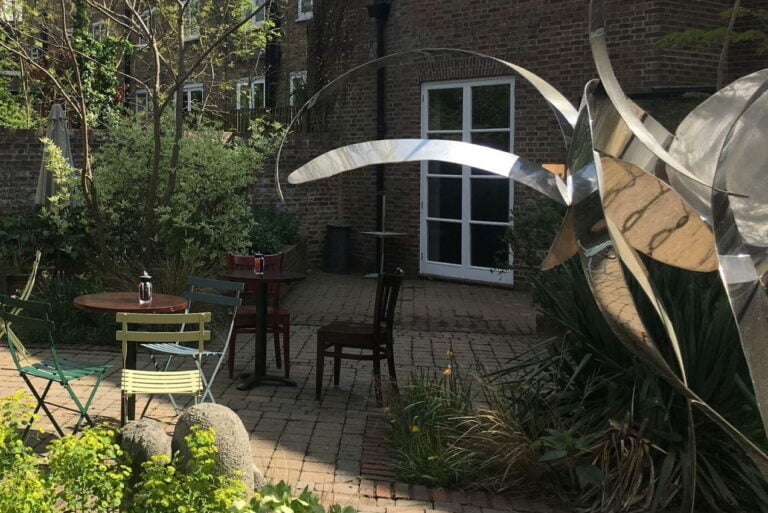 Ironically, the Estorick Collection is all about futurism. It’s the only British gallery to be devoted to the forward-looking Italian movement that took off in the first half of the 20th century. Set in an elegant Georgian townhouse (with an excellent café spilling out into the leafy garden), it stages exhibitions on everything from under-appreciated Italian artists to vintage Campari adverts. Plus, there’s a busy events programme, from curator talks to artsy workshops like musical life drawing. Just hope it doesn’t turn into musical bumps… 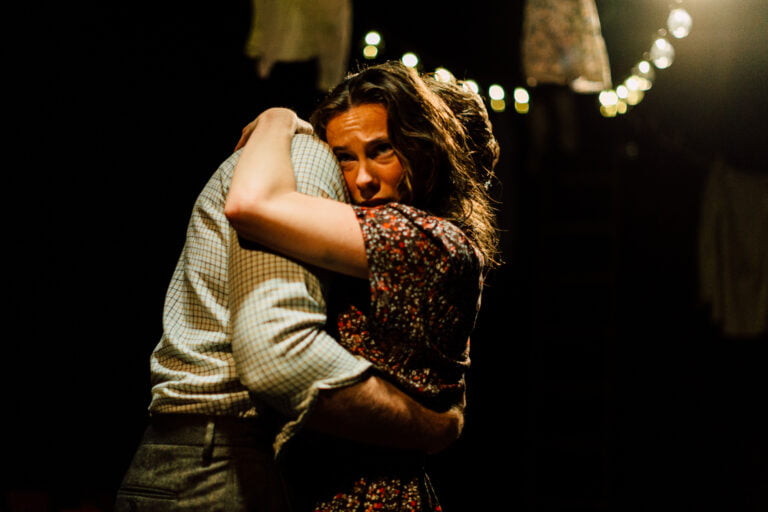 Back in the day, the Hope & Anchor pub played host to gigs by The Clash, The Police, and Joy Division – but since 2015 it’s been making a name for itself on the fringe theatre circuit. Several plays by well-known playwrights have premiered here, like Bryony Lavery’s Her Aching Heart and Joe Orton’s Fred and Madge. With room for just 50 seats, it’s as intimate and electrifying a theatrical experience you could hope to find in London. 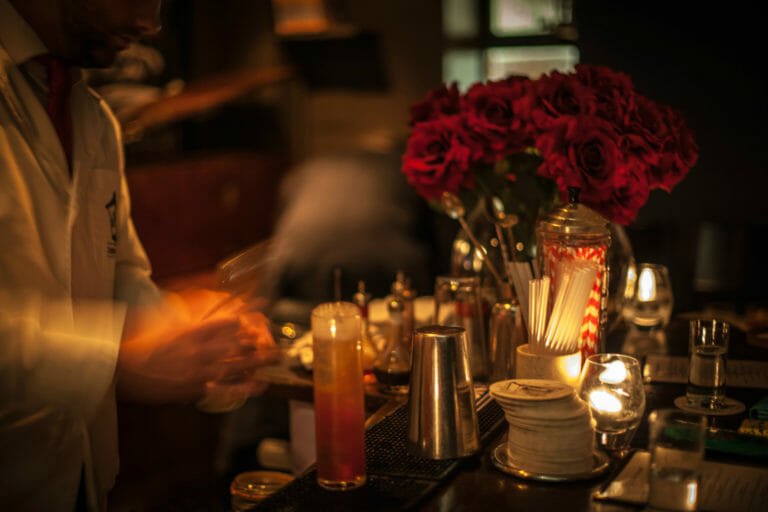 69 Colebrooke Row is where you’ll find ‘the bar with no name’. And while that may be a mystery, the secret behind their amazing cocktails isn’t – because once or twice a month they welcome a dozen guests behind the scenes for their drinks masterclasses. Generally themed around a particular spirit or liqueur, you’ll be served a series of cocktails shaken up by the talented barkeeps, before you get the chance to slip behind the bar and try your hand at making one yourself. 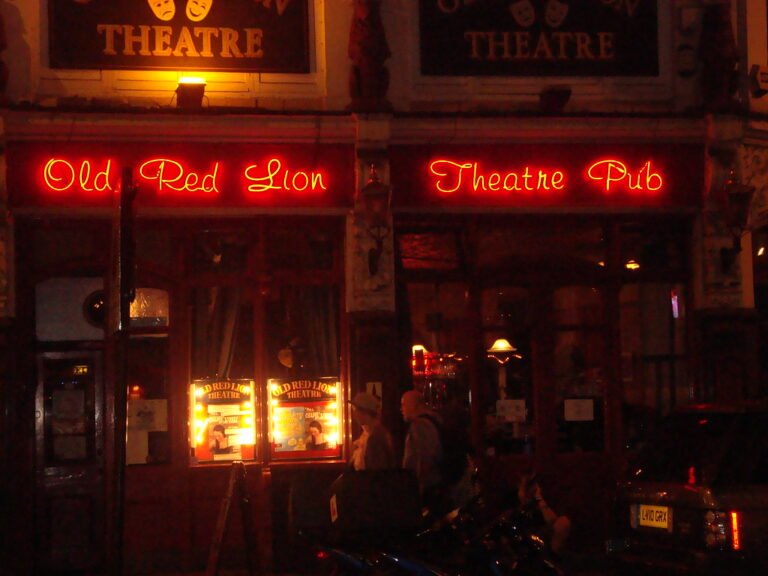 The Old Red Lion’s a great pub. There’s a garden, a decent selection of beers along the bar and a resident Indian burrito outfit. But it’s mainly great because of its upstairs theatre; an intimate, 60-seater space where visiting companies stage shows running for a few weeks at a time. Its solid rep means that it attracts shows at the higher end of the fringe theatre bracket, so you can expect to see new writing, rare revivals and under-the-radar shows that won’t give you toe-curling flashbacks of student theatre. 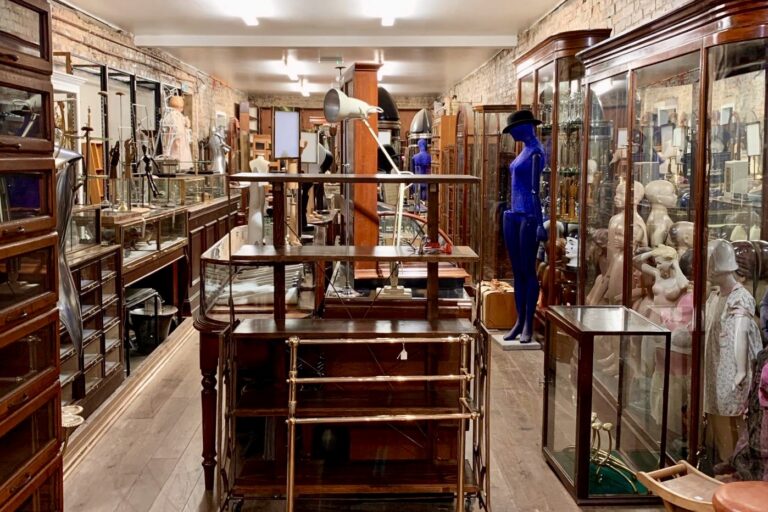 We could write a whole list about the dozens of quirky, unusual shops dotted around Islington. And we probably will. But one that’s always worth a visit is D & A Binder, a workshop that restores antique shop fittings. The place is half vintage shop, half museum, filled with apothecaries’ cabinets, midcentury shelving, jewellery cases from The Ritz, century-old hatstands and Victorian mannequins. Everything’s for sale (which is good news if you’re planning to open a 19th century apothecary), but window shopping here is just as fascinating. 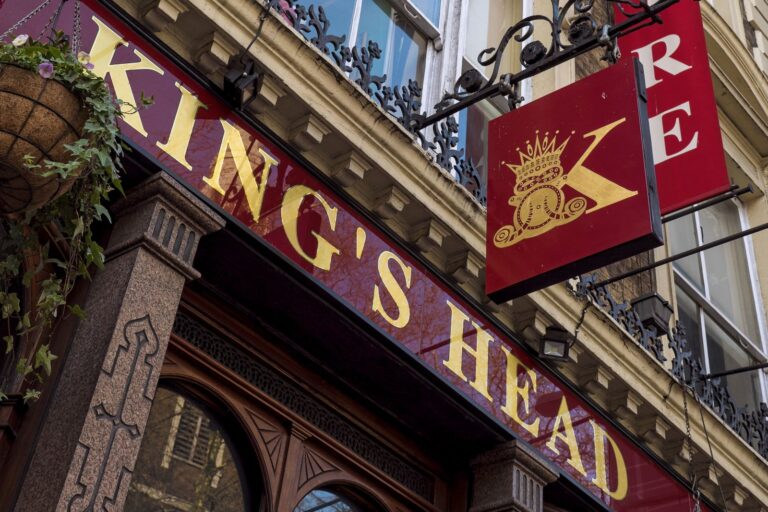 Completing Islington’s triumvirate of great theatres-above-pubs, the black box studio above the King’s Head has been going since the 70s. In the intervening decades, Joanna Lumley, Maureen Lipman and Hugh Grant (in his first acting job) have all trodden the boards. Shows have had their premieres, won awards and transferred to the West End. Basically, if you see something here, you can be pretty certain of being able to smugly say you saw it first when it shoots to fame a few months later. 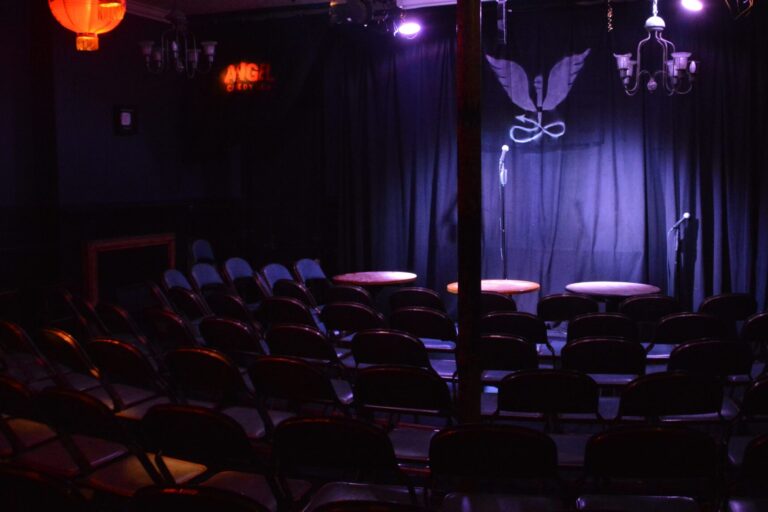 Bill Murray’s a funny man. The Bill Murray’s a funny pub. Run by the Angel Comedy Club, it’s one of their three venues, with comedy shows on every night. Heck, sometimes thrice a night. Hosting a mix of big names and rising stars, you can catch roasts, work-in-progress shows, and comedy gameshows. And the fact that it’s also a pub means that things will probably get funnier the longer you spend in there… 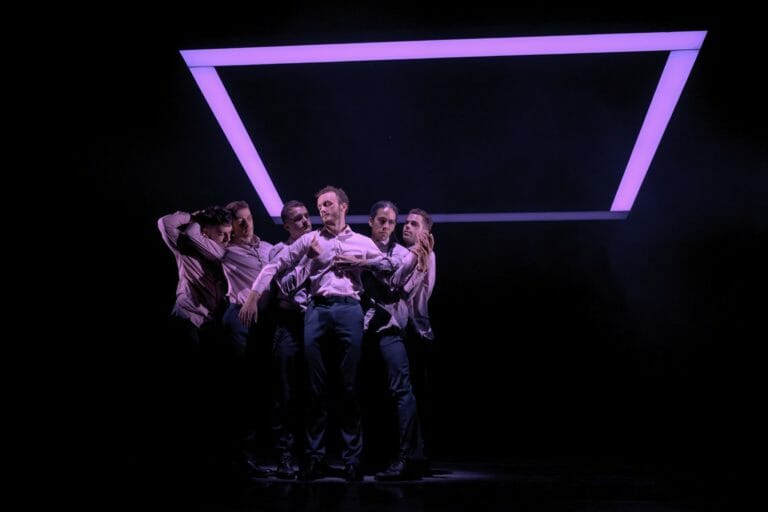 Built on the site of a healing well said to cure ‘virgin’s fever’ back in the 17th century, Sadler’s Wells theatre is now one of the city’s best places to see dance performances. With no resident company, they instead hand over the stage to a series of talented companies visiting from all over the world, from BalletBoyz to flamenco choreographer Paco Peña, hip-hop festival Breakin’ Conventions, and ISH Dance Collective (skateboarding freestylers from the Netherlands).

The Screen On The Green 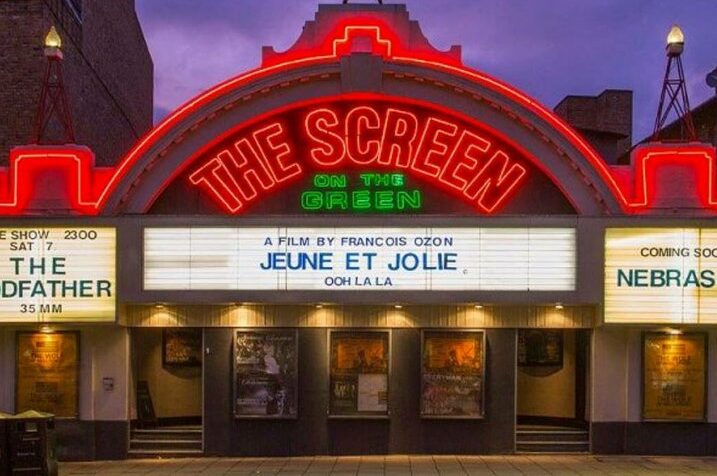 Part of the Everyman family of luxe cinemas, The Screen on the Green has been projecting flicks since 1913. Now, it’s a classic date-worthy spot to catch a film. The slate’s loaded up with both new releases and special screenings – in the past it’s played host to an immersive evening themed around Nightmare Alley; late-night showings of old films on 35mm; Q&As; gigs and more. Plus, you can expect all the usual Everyman fodder of cocktails, pizza and build-your-own sundaes delivered right to your plush, velvety seat. 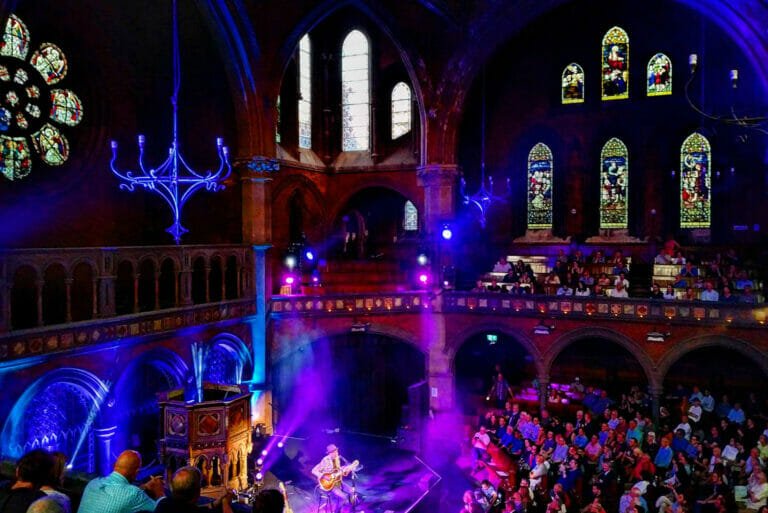 The Union Chapel marries a jaw-dropping setting with an equally impressive line-up of live events. It was saved from demolition in the 80s, and now a lively programme of film screenings, comedy and live gigs takes place beneath the soaring dome, vaulted arches and light-filtering stained glass windows. Tickets start at reasonable prices, and the Margins café & bar is staffed by trainees who are gaining hospitality experience as a way to break the cycle of homelessness. 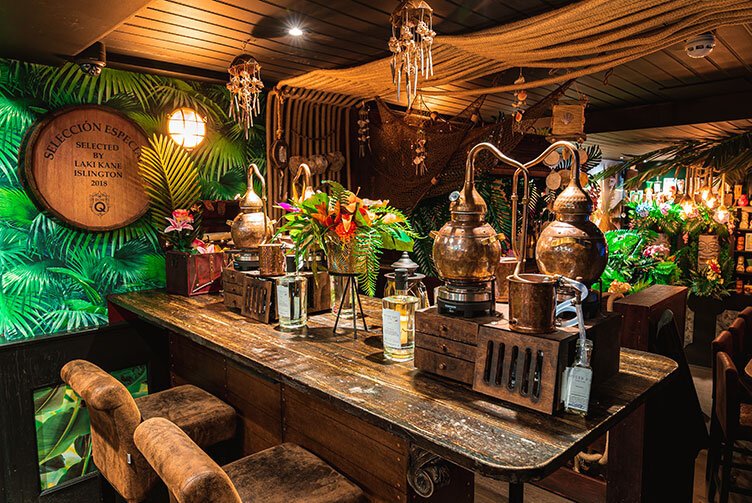 With resident fire dancers and flaming cocktails, just going for a drink at Laki Kane is already an experience in itself. But as one of the city’s rum specialists, they don’t just pour the stuff into cocktails – there’s also a miniature distillery upstairs. As you’d expect, it’s dressed up to look like a kind of tropical alchemist’s lab. On board a ship. You’ll get to taste five rums and sip four cocktails before spicing and distilling your own half-litre bottle of rum. If you’re still standing.

Looking for more Islington inspiration? Check out our pick of Islington’s best restaurants.