Mexican food has become immensely popular in London over the past few years.

And tacos, for the most part, can take the wrap.

Because not only are they cheap and delicious, but wildly varied to boot – which is why we’ve deliciously researched and scientifically evaluated the best tacos in London, which evoke nothing less than complete, plate-licking satisfaction. And you can find them at…
– 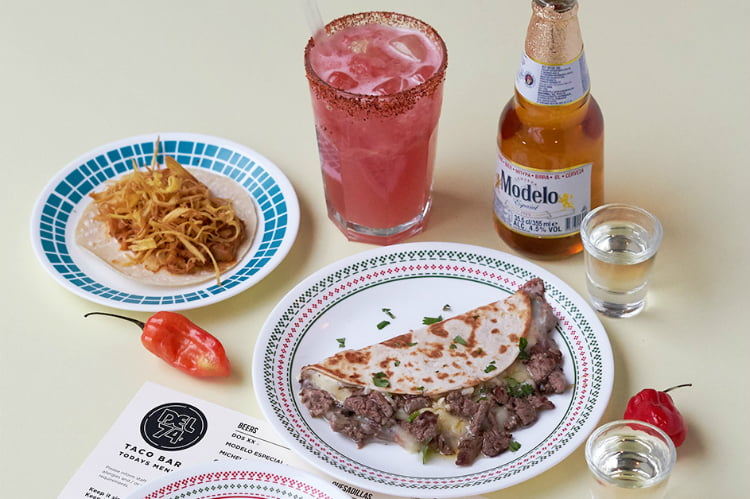 Run by two chef buddies, Enrique Vivas and Jorge Felizardo (formerly of Nuno Mendes’ Taberna do Mercado), Del 74 is a raucous bolthole filled with genuine spirit and delicious tacos. The music is loud, the decor extravagantly kitsch, and those tacos come loaded with house-made salsas, slow-cooked meats and sumptuous chunks of sweet potato for the veggies. READ MORE 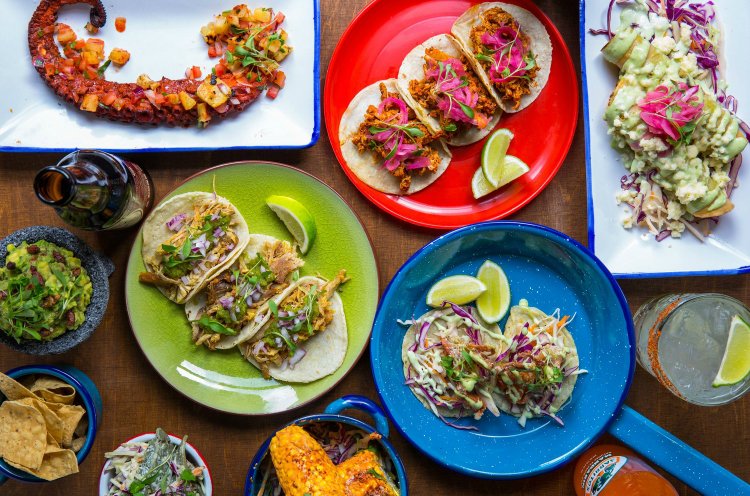 Santo Remedio translates as ‘holy remedy’. And their tacos will cure whatever ails you, thanks to toppings like soft shell crab, pork belly, or 8-hour braised beef – all delicious with a side of their signature guacamole. Which, we should probably forewarn you, comes topped with grasshopper. READ MORE 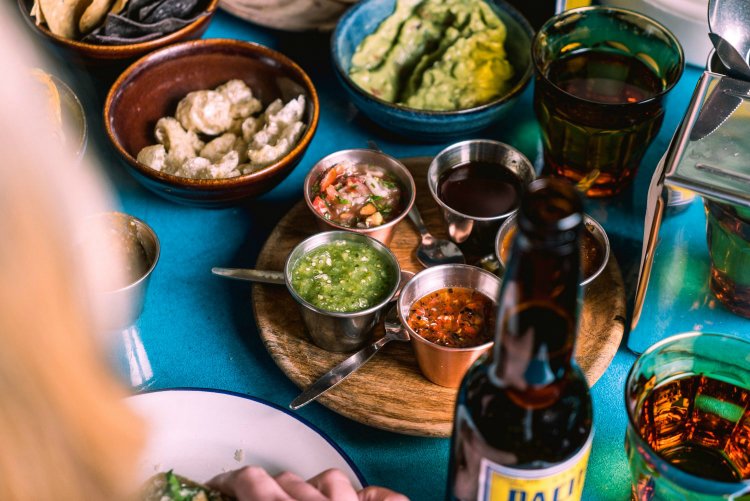 The hype around the Barrafina duo’s Mexican venture is entirely justified. The signature dish here is, of course, the taco al pastor (“shepherd style”), an import from the Lebanese who emigrated to Mexico in the 50s and 60s. Though inspired by lamb shawarma kebabs, it’s actually made with pork that’s been marinated for 24 hours in dried chillies, spices and orange juice, piled up on a house-made corn tortilla and crowned with chunks of zingy, fleshy pineapple. A-yes please. 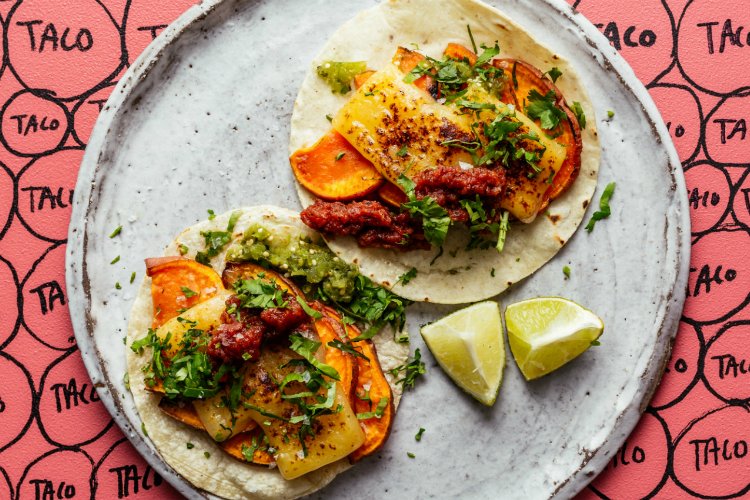 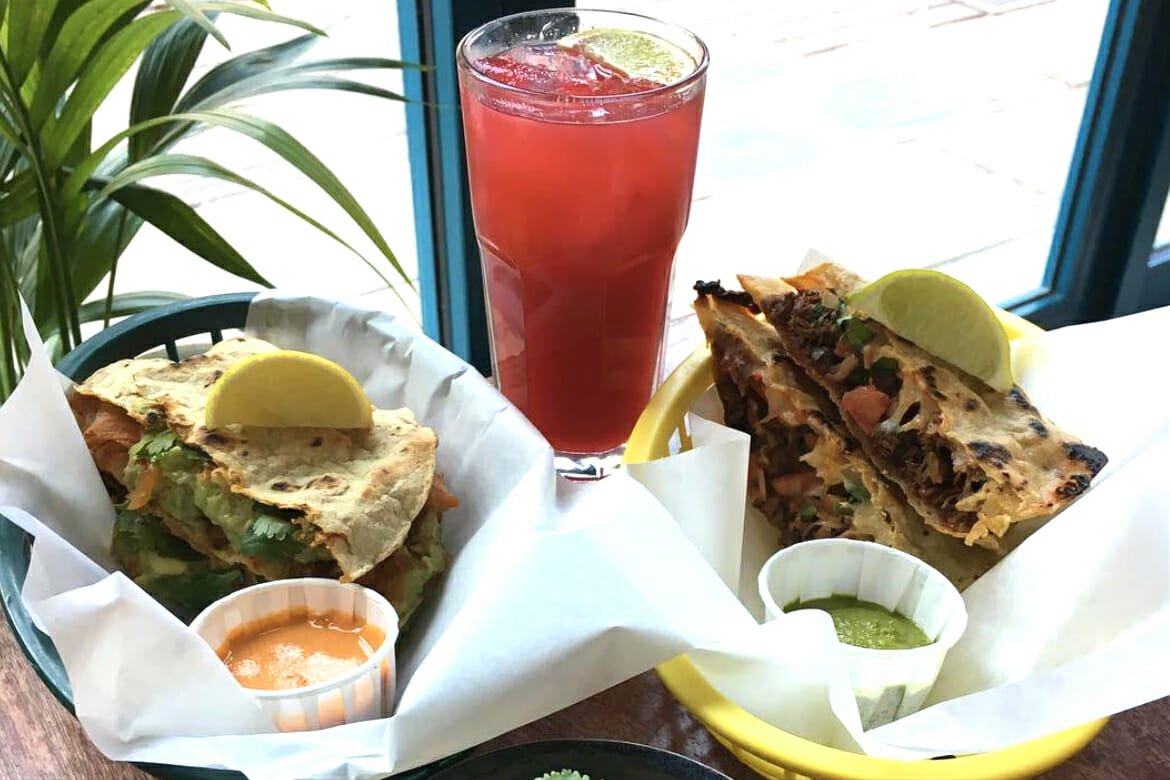 Taco Queen came about when owners Lucy Lightowlers and Ryan McCannd decided to pack-in their jobs in music and try chef-ing instead. Four years later and you’ll find them on Peckham’s Rye Lane serving the likes of battered avocado tacos and cheesy jackfruit nachos to queues around the block. 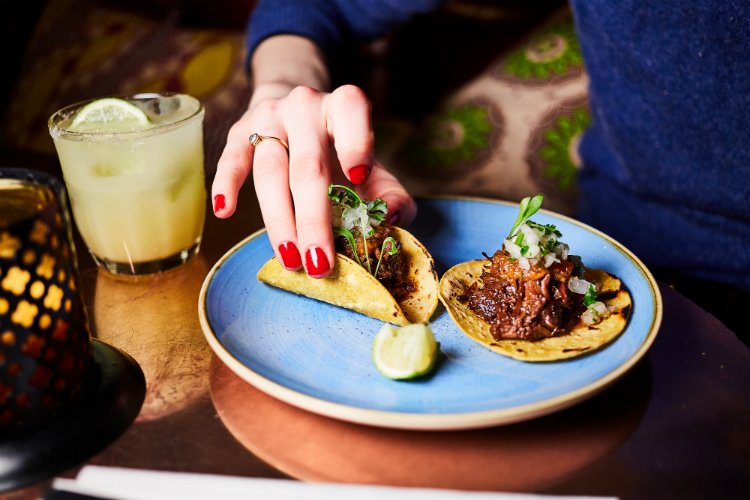 Ah, La Bodega. A heady, incense-suffused basement grotto with a killer tequila list and some seriously strong date night game. The tacos here are petite but game-changingly good, and come with toppings like soft shell crab with chipotle crema, and tender lamb with a peppery, beery splash of ‘drunken salsa’. And yes, its frontage looks like a genuine Soho sex shop – but to tell you how to recognise it would somewhat spoil the fun. READ MORE

Yielding, blue corn tortillas loaded with slow-cooked pork in chipotle salsa; roasted peppers with refried beans; and garlic prawns with pickled onions – made all the sweeter by their two for a fiver deal. 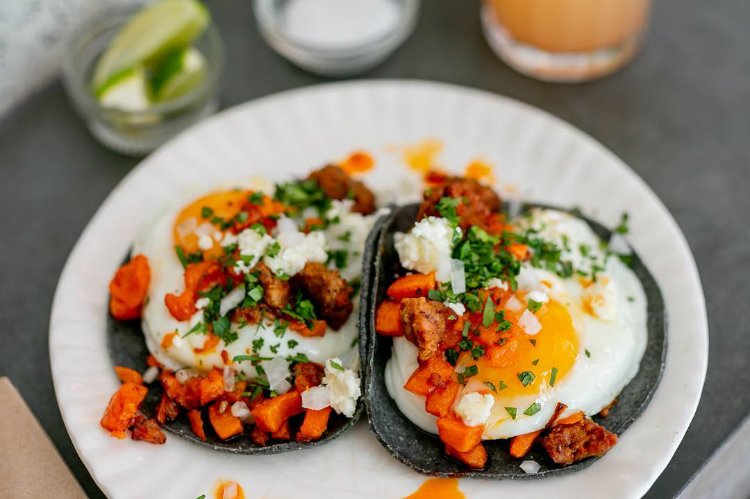 This retro-looking Soho spot has ten signature tacos on the menu, from homemade herby chorizo with confit onions, and 12 hour slow roasted lamb rib with a spicy Pasilla rub – but the big deal is the weekend brunch, where you can get breakfast tacos like the Huevos Benedict, which comes with ham hock hash, eggs, caramelised onions and green chilli hollandaise. READ MORE 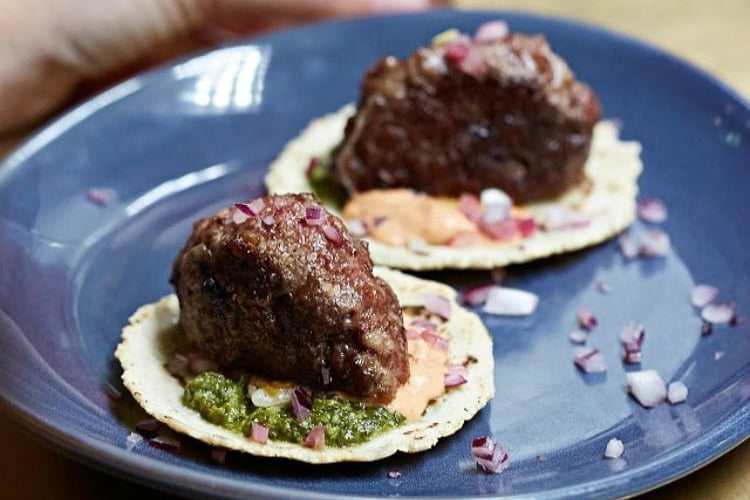 When you find Temper, prepare to lose it over their tacos. Because these bad boys are as far from traditional as you can get, but are, nonetheless, excellent. Served as precursors to the hefty portions of barbecued meaty mains, these tacos set the tone with toppings like bone marrow, soy-cured beef, black vinegar mushrooms and even aged cheeseburger. READ MORE 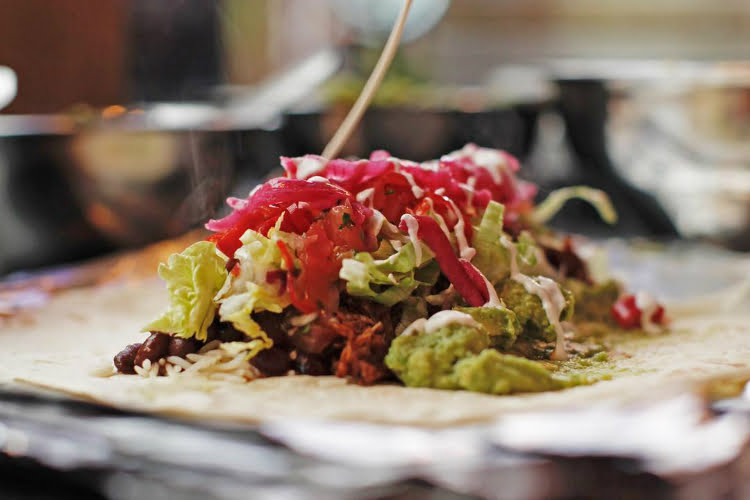 Welcome to Club Mexicana, where the tacos are (animal product) free. Their vegan takes on tacos and burritos replace baja fish with battered tofu, and pulled pork with fleshy barbecued jackfruit, to create some of the most filling of fillings. Find them at London’s first all-vegan pub, The Spread Eagle. 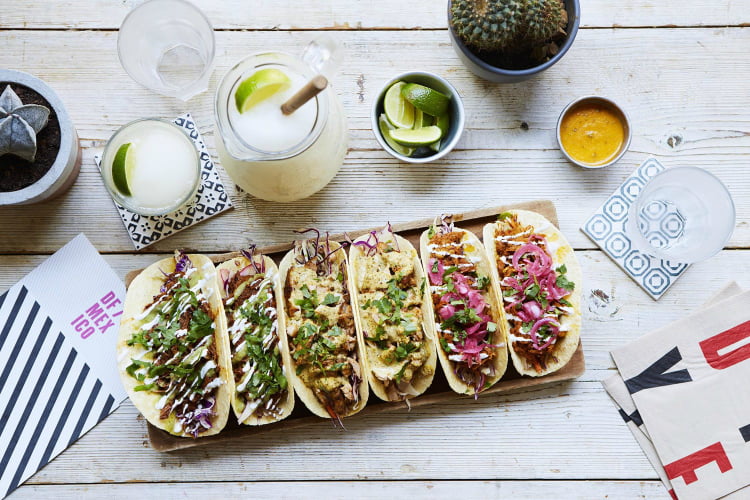 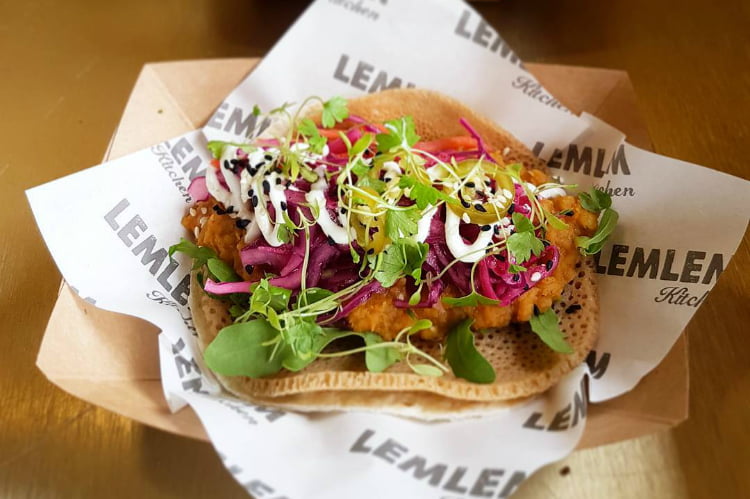 Full up with the best tacos in London? Time to move on to one of London’s best tequila bars…