Please note: this competition has now closed and the winner has been notified.

As we sit at home, typing away on our laptops and musing about the strange times we live in, two things have repeatedly come to mind.

1) We should have saved Marie Kondo-ing our drawers until week 5, and

2) What an amazing city we live in.

We want to remind you how much there is to look forward to when things return (at least vaguely) to normal. So each week, we’re going to throw our little spotlight onto some of the places that have helped to make London’s bar and restaurant scene so vibrant, fun and diverse.

First on our list is Barge East, a phenomenal small plates restaurant set aboard a 116 year-old Dutch cargo barge. The founders, Tommo, Ryan and Blandy, sailed it themselves across the North Sea to its new home, weighing anchor on the canals of Hackney Wick overlooking the Olympic park. 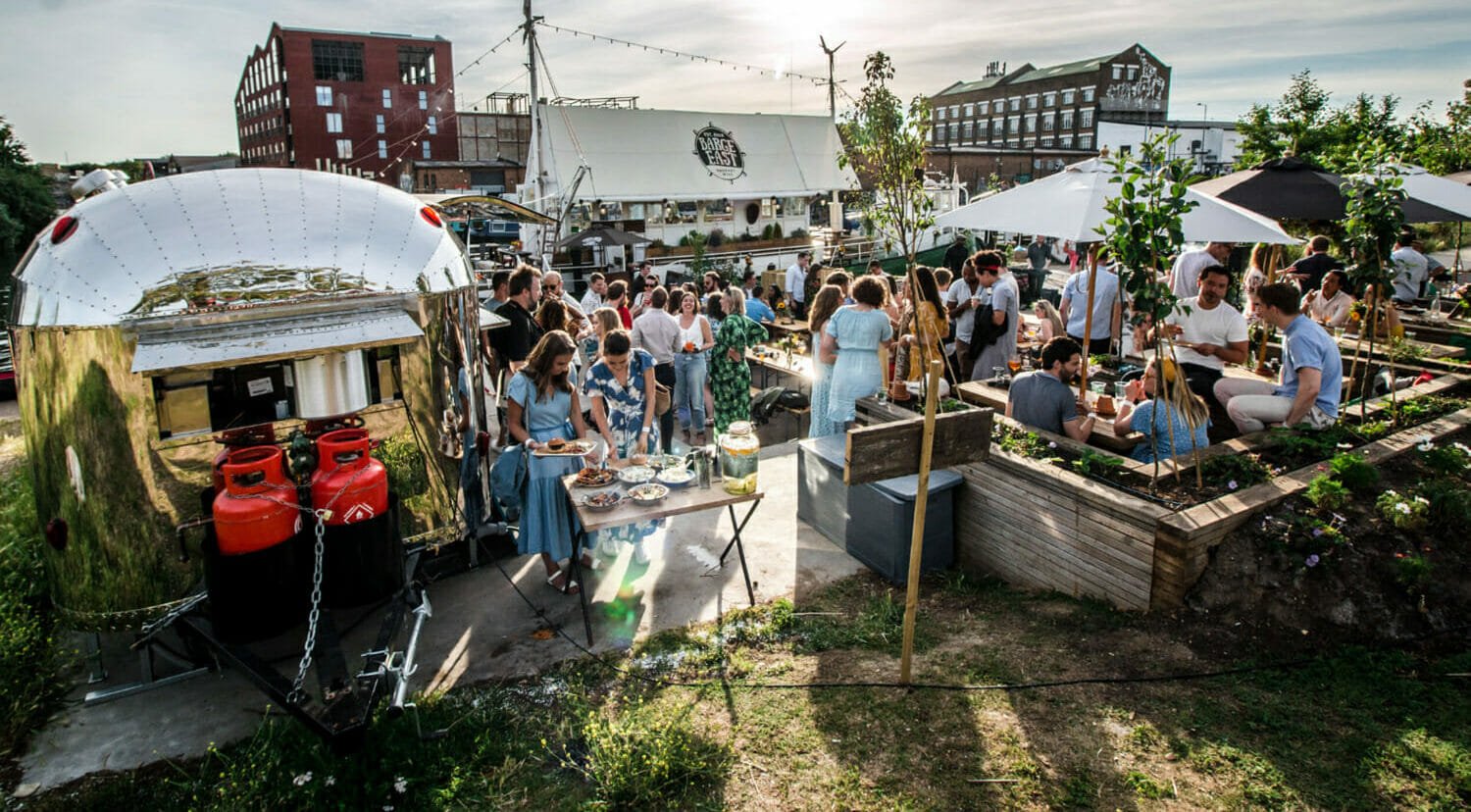 They set to work converting it from an industrial working boat to an idiosyncratic restaurant and bar, with a cosy nautical dining room below deck and al fresco tables made from the old anchor winches up top. It became so immensely popular that tables began spilling onto the bank, where they also started planting a kitchen garden earlier this year. Within months, it became London’s top rated restaurant on Trip Advisor.

That might be down to the fact that chef Stefano Camplone cut his teeth at Pachamama East, Neo Bistro and Michelin-starred Roganic. But it’s also down to the unique, handcrafted setting; the amazing staff who absolutely nail the service side of things; and the care that so tangibly runs through the entire operation. It’s an indisputable gem, and if you haven’t had the pleasure of going there already, it ought to be on your list (and we mean that very literally – you can hit the top right button of any Nudge article to add that venue to your personal hitlist).

But in the meantime, here’s how you can support them and see them through to the other side:

1) Street food takeaways – you can now get street food dishes to pick up or have delivered, including souped-up croque monsieurs with ham hock, smoked cheddar and bechamel; mussel po-boys with sriracha and lemon mayo; and loaded fries with braised beef and pickles.

2) Sunday Roasts at home – their legendary roasts are now available to order and heat up at home for local postcodes (E3, E9, E15 & E20). 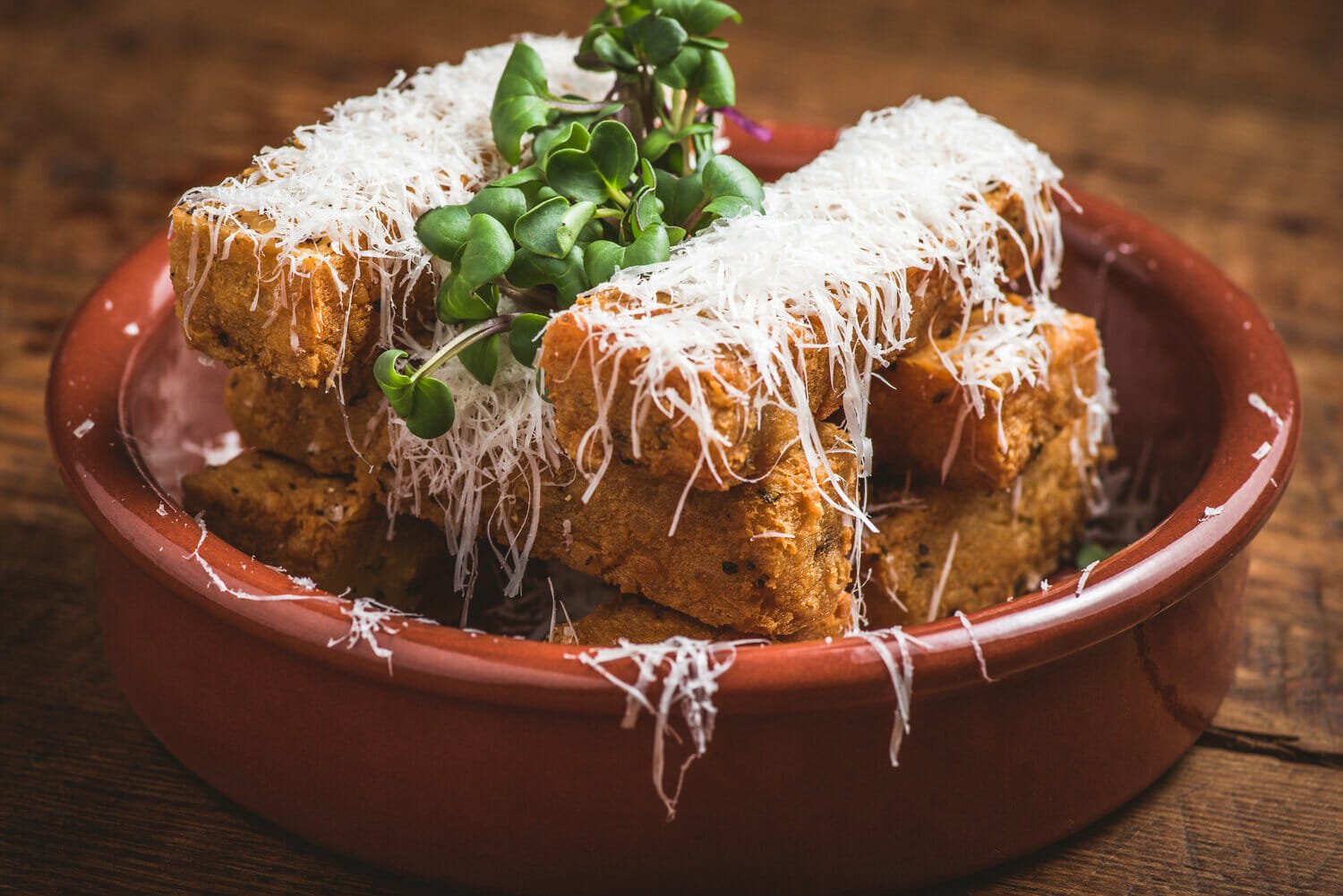 4) Crowdfunding – The team have launched a campaign to help secure Barge East’s future, and look after staff in the intervening months. If you can make a donation, you’ll be able to redeem a reward when they reopen, from an invite to their relaunch party with drinks and live music, to private dining on the deck.

Speaking of which… we’ve made a donation to their cause too, which means we can now offer a lucky Nudge reader the prize of a four-course dinner for 8 people when they reopen. You’ll have the run of their captain’s cabin (a private dining room at the bow of the ship), and a welcome glass of prosecco each. To be in with a chance of winning, just enter your email into the box at the top right.

NOTE: Find out more about Barge East’s delivery and collection services, or make a donation to their crowdfunder here.

Looking for restaurants that deliver? Here are some great ones that aren’t on the apps.