The Best Iced Coffee in London | They're Worth the Buzz

The Best Iced Coffee in London

The Best Iced Coffee in London

It’s been getting some good press lately.

Which of course means that London is now overrun with both chains and independent bean grinders offering ice cold brews – and so, in our quest to sort the wheat from the chaff (or whatever the coffee-bean equivalent is), we’ve been on a lengthy, and somewhat jittery, journey across the capital to find the best offerings.

So now you’ll know the ones really worth the buzz – behold, the best iced coffee in London…
– 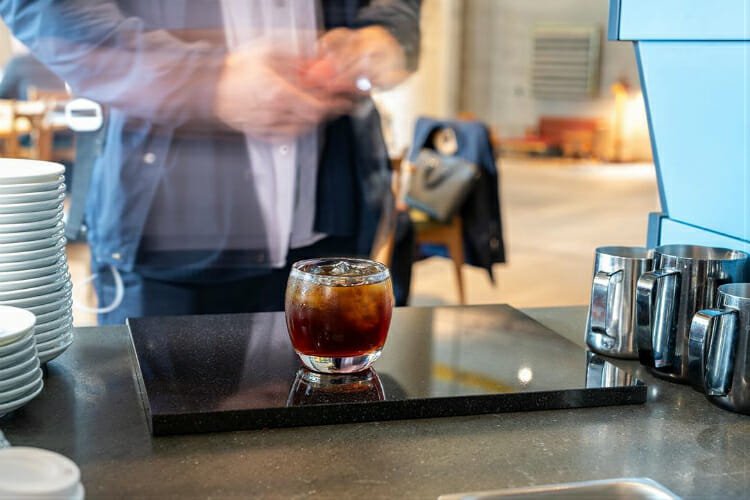 Not satisfied with simply smashing their cold brew out of the park, Workshop, have been, well, workshopping new ideas. Here, you can score a black coffee brewed over big pebbles of ice in stylish tumblers; Shakeratos, a espresso milkshake-style drink mixed up with orange blossom; and the pre-bottled Bloom, a coffee drink lengthened with beet sugar and Sicilian lemon juice that you can knock back like a lemonade on a hot day. 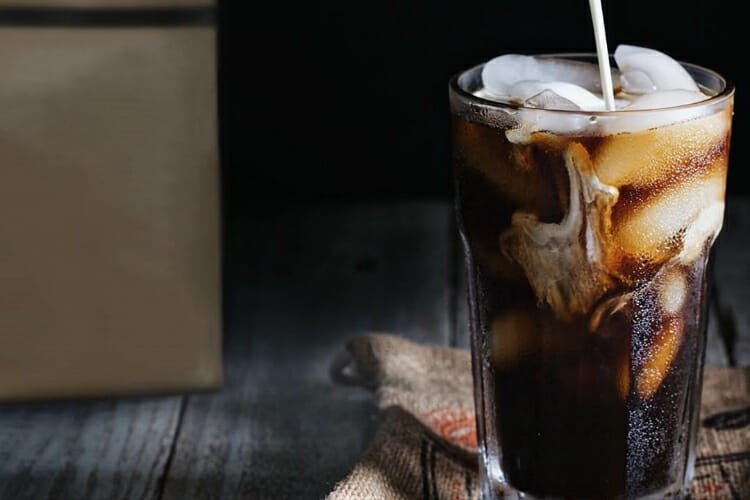 Fleet Street’s Press serves one of the best house cold brew coffees in London. Enough said. But if you’re after something a little less sweet, you can get any of their house-roasted beans served on ice, too. 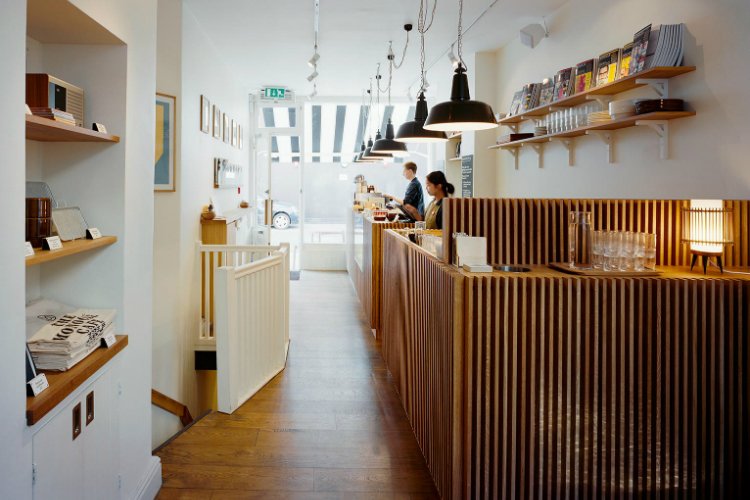 Considering even their roadside vending machines sell canned coffee, it’s unsurprising that Japan has been at the forefront of the cold coffee trend for decades. Paying homage to all that is the perfectly minimalist Monocle Café, where not only can you tuck into Japanese and Scandinavian fodder, you’ll find a killer milky iced coffee on offer, brewed with Allpress beans. 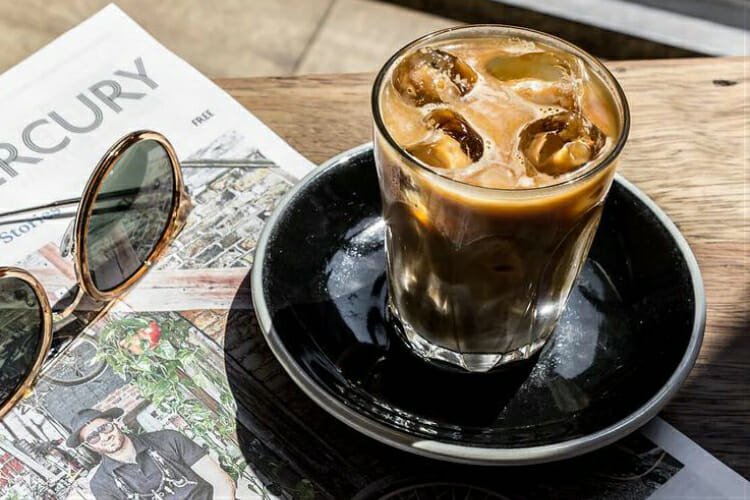 Despite being Nude, there’s nothing Emperor New Clothes-y about this place. Sourcing their beans seasonally from fair trade suppliers means that their house-roasted coffee tastes good all year round – but especially with a decent chunk of ice in it. 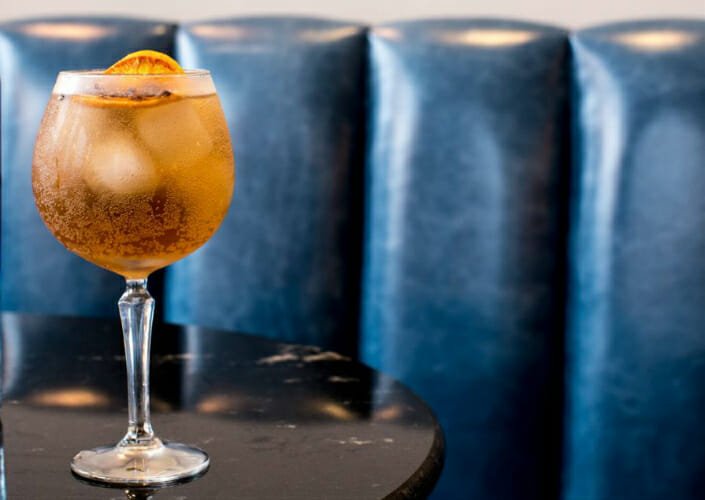 The second floor of Portobello Road’s gin palace is dedicated to the humble gin and tonic. Only here, they’re not so humble, since they happen to include a turbo G&T – a concoction of West Wind gin from Australia, cold brew coffee, tonic and cocoa bitters. Which is just the tonic…for just about anything. 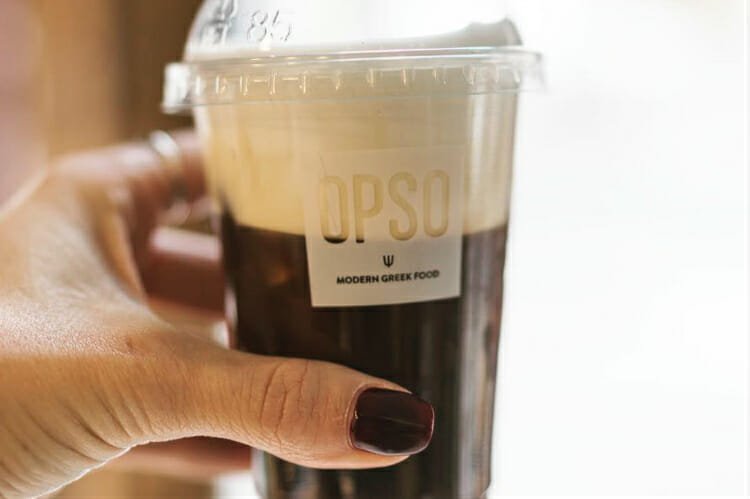 Greek brews. They’re the alpha of the coffee world. And this Greek tapas spot lives right up to expectations, serving everything from rose-infused coffee prepared in a Turkish ibrik (a mini copper pot on a long handle that sits on the stove) to an in-house cold brew. Head straight for the traditional Greek iced coffees like the Capuccino Freddo, which comes with a floating layer of frothed milk that gradually filters into the rest of the brew. 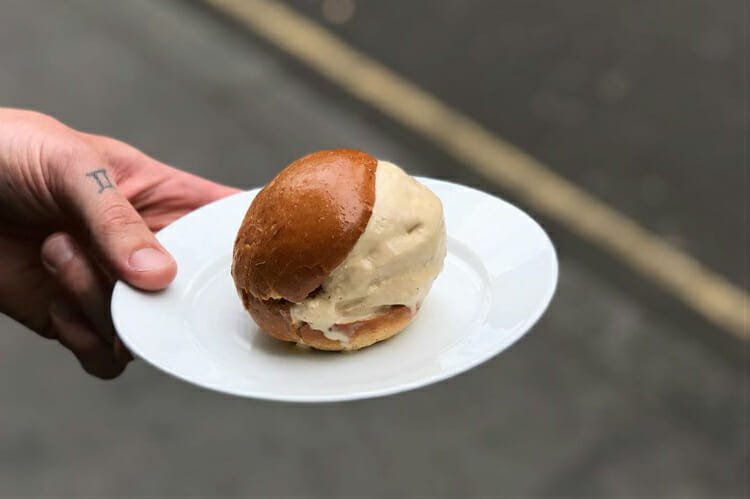 Blinding us with science are the coffee connoisseurs over at Prufrock, whose in-house cold brew technique, created with one drip of water every two seconds, calls for “cold water to be added drip by drip through a precise flow restrictor into a bed of ground coffee that is suspended above a filter. Gravity fed liquid coffee then collects in a jug underneath”. And while technically most cafés offer gravity-obeying coffees, this spot undoubtedly offers one of the best. Plus, they occasionally run limited editions of an espresso ice cream brioche sandwich, made with Square Mile Coffee. 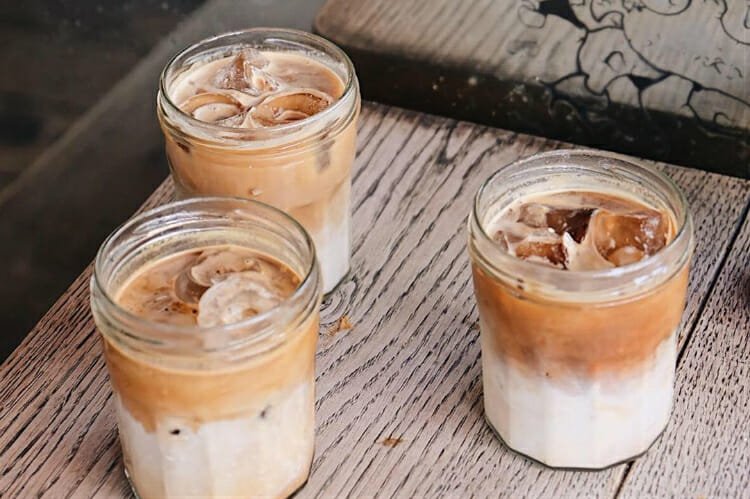 Having taken over the old TAP coffee houses, these folks have a lot to live up to when it comes to the er, iced coffee department. Thankfully, they’re stepping up to the plate with filter on ice, and a new bottled range of cola and ginger beer infused with cold brew… 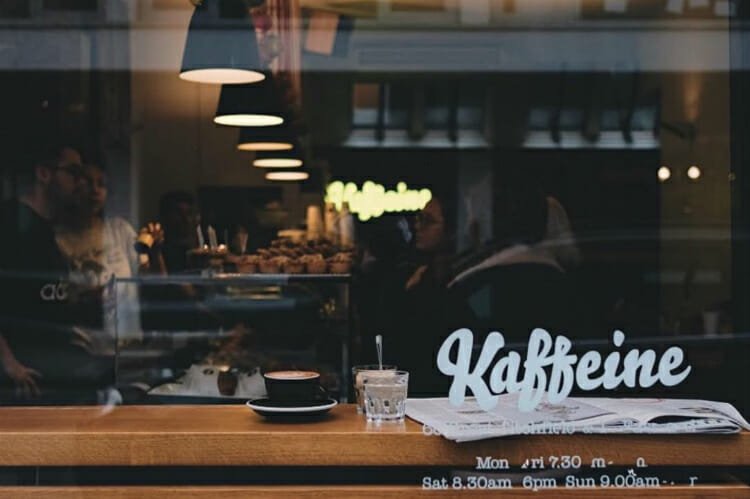 Ok, so they can’t spell, but they do know what’s what when it comes to coffee. Going strong since 2009, the Aussie and Kiwi-run Kaffeine was at the forefront of the coffee renaissance in London. Boasting meticulous production standards, they serve their Square Mile iced coffees in frozen glasses, just in case those pesky room temperature vessels have been interfering with your perfect brew. 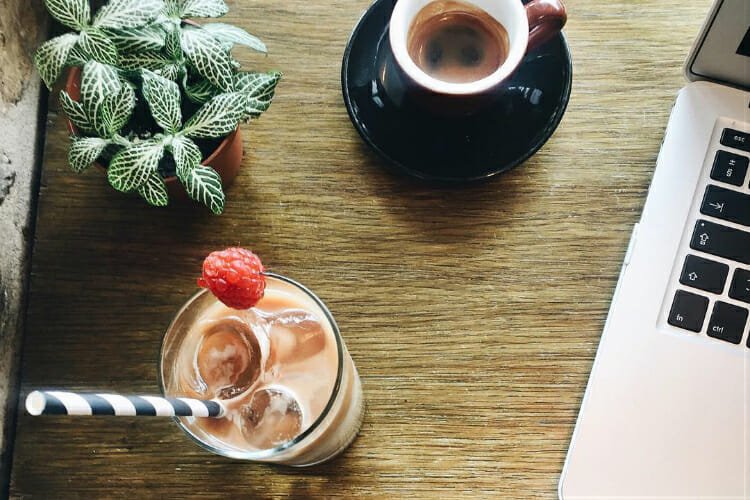 So, not only does this little dockside coffee spot have an amazing view, it also serves up some of the best iced coffee in London, including a ‘sparkling black’ – an espresso lengthened with sparkling water, ice and a slice of orange. But let’s be honest, you’re going to be here for the long haul – so you may as well dive straight in with the Bailey’s iced latte. 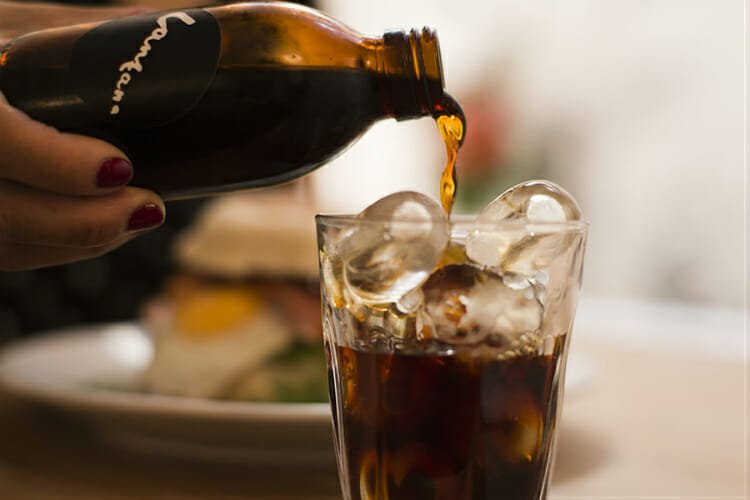 Founded by a trio of Aussies, Lantana is another bastion of Antipodean coffee culture that’s taken root in our hitherto sorely deprived city. Here they use a blend from the Alchemy roasters combining Brazilian and Colombian beans, which is given the cold brew treatment for 12 hours to create a refreshing number where you can actually taste half the flavours (hazelnut, caramel, blackcurrant) you’re supposed to. 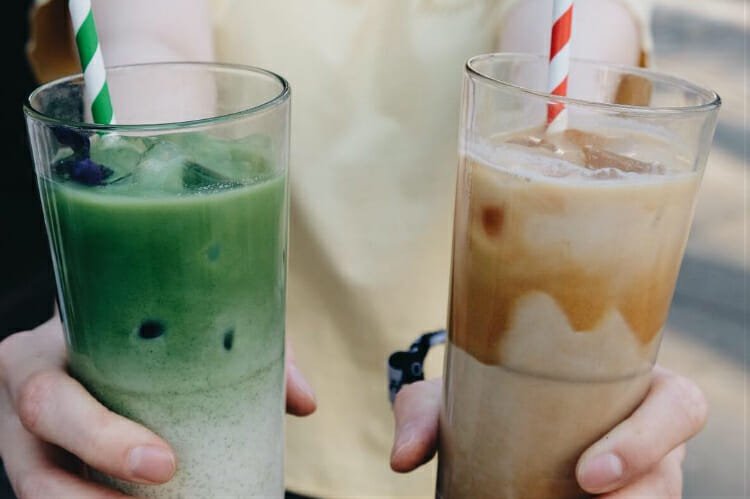 Rounding off our rundown of iced coffee is Timberyard, a café masquerading as a co-working space where they take coffee very seriously. Working with a number of single origin roasts, they’ll add ice to anything on their menu – but the ones to try are the oatmilk infused latte, or the cold brew with sparkling water and lemon. Oh, and they all come with a stripy straw. Which is nice.