The Best Restaurants in Putney

A tall tale from Putney states that Sir Robert Walpole, having lunched with King George I, was in rather a hurry to return to parliament. Unfortunately for the Prime Minister, the Putney ferryman at the time was in no hurry to finish his pint at the Swan pub, and so Sir Robert was forced to find an alternative route.

The very next day, plans were drawn up for a bridge across the Thames.

Thankfully that bridge still stands, meaning that we can all take advantage of Putney’s fine dining establishments without being late back to making weighty decisions of state. Here they are: 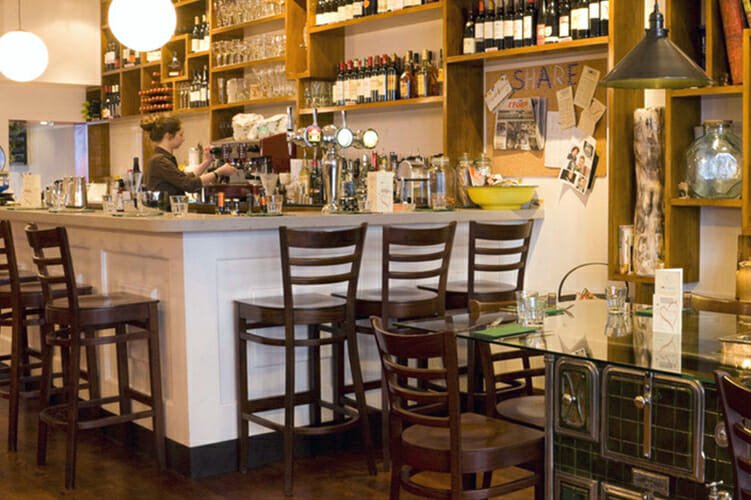 French pastoral dining comes to the heart of Putney in this smart and welcoming brasserie. Head chef Pascal has had the tutelage of Michel Rostang and Alain Ducasse to name but a few, so you can rest assured that the culinary work behind the scenes comes from good stock. Out front the decor is laid back, fun, and fundamentally French: chequered napkins replace a full cloth, an old Aga becomes a table, and the walls are furnished with shelves of wine, cookbooks, kitchenware, and accordions. This is a modern city’s take on rural dining, and that mix extends to the menu. The dishes are traditional (onion soup, steak tartare, snails) but presented with panache, and served alongside cocktails as well as wine. They also do breakfast and brunch, where pastries and croissants sit alongside the highly tempting Full French. All in all: très bien.

Details: Gazette is open daily for breakfast, lunch, and dinner. 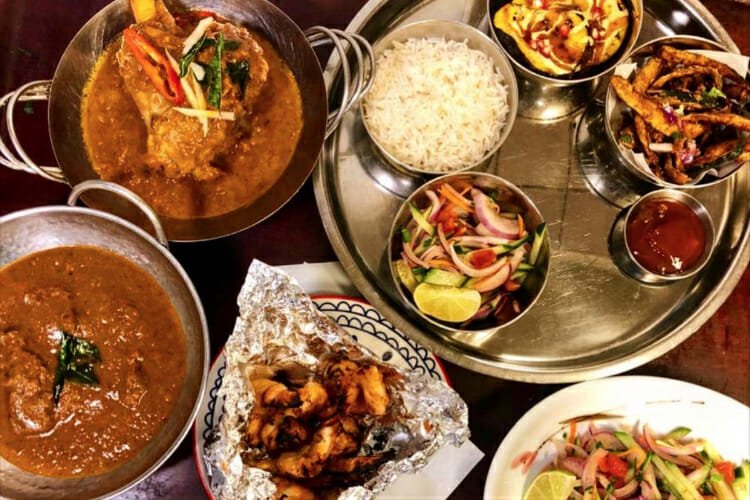 26 years ago, Deepak Kapoor and his mother (Ma) first opened their doors, giving the diners of Putney a taste of Goan cuisine. Since then they’ve opened up another branch – and their menu, which now includes the street chaats of Bombay and the comforting curries of Southern Indian cooking. Through all this they’ve maintained a strong neighbourhood feel in their original diner, now colourfully dressed up with vintage Indian matchbox wallpaper. Today you’ll find all their dishes are cooked individually (to ensure your meal is fresh and does justice to Ma Kapoor’s home cooking), accompanied by plenty of world class craft beers.

A warm-hearted, unpretentious neighbourhood spot that fits into Putney’s knack for laid back, authentic, and rural cooking. The wood-panelled space looks like it hasn’t been changed in years; the centrepiece of which is the huge grill, on which they cook most of their Italian menu. It sees a lot of action over the course of an evening, allowing you to sit back and watch the chefs cook up Italian sausage, swordfish, seabass, and steak before bringing it to your table. Alongside the grilled options there’s plenty of pasta, and of course antipasti – best enjoyed on the little street-side tables out front.

Details: Blades is open Tues-Sun for lunch, and dinner. 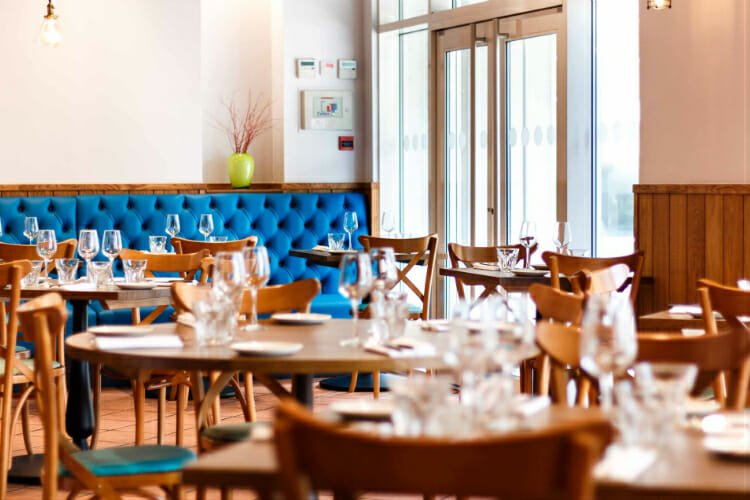 Bistro Vadouvan is an unexpected but successful blend of French cuisine and Asian spice. Fairly new on the Putney dining scene, it’s been a big hit since opening. Chef Patron Durga has a few Michelin starred restaurants on his CV and is hoping to bring the rich and fatty flavours of French cuisine into the modern era. Using Middle Eastern and Asian influences he’s creating delicate and lighter versions of the old favourites; beef tartare with smoked aubergine and tahini, sea bream with fermented garlic and chilli, and saffron & cardamom poached pear with mascarpone cream.. The decor is light and airy, to reflect the food, with bright blue leather banquettes skirting the perimeter and plant boxes hanging from the wall. A welcome addition to the world of fusion food.

Details: Bistro Vadouvan is open Tues for dinner, Wed-Sun for lunch, and dinner. 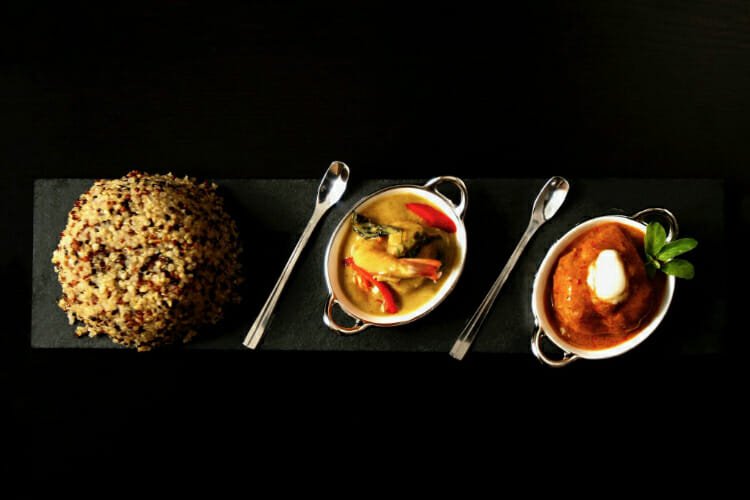 Its dark and sumptuous interior is the perfect backdrop for the pops of colour and flavour that will arrive on your plate. Opened in 2015, Yum Sa set out to serve up modern Thai cuisine with a focus on local vendors and suppliers. The result is a highly accessible menu which isn’t afraid to put a twist on things. You’ll find classic curries sitting alongside Lobster Tail Thai’midor which introduces coconut, mushroom, and thai chilli to the concoction. They’re a solid option for an evening curry, but the bottomless brunch is where they truly stand out. Unlimited food from their menu with coconut water, prosecco, and beer to wash it all down with, is a breakfast experience unlike many others.

Details: Yum Sa is open Mon-Fri for dinner, Sat-Sun for lunch and dinner.

From the team behind Tomoe Marylebone, this restaurant has a classic (if a little dated) feel and a sparse interior. Some simple Japanese furnishings, a long sushi counter, and small wooden tables certainly don’t go out the way to impress. Instead the food is what dazzles, and the full array of Japanese fare on offer has won Tomoe numerous plaudits. There is, of course, sushi, prepared for all to see behind the central sushi bar, alongside chirashi bowls and sashimi platters. Beyond that they offer up some excellent tempura options and deep fried chicken, and whilst ramen is a lunchtime-only option, the all day menu has plenty of soba and udon for those looking to get their noodle fix. There’s no song and dance about the place, and you can rest assured that all energy they do expend in Tomoe goes entirely into the food.

Details: Tomoe is open Wed-Sun for lunch and dinner. 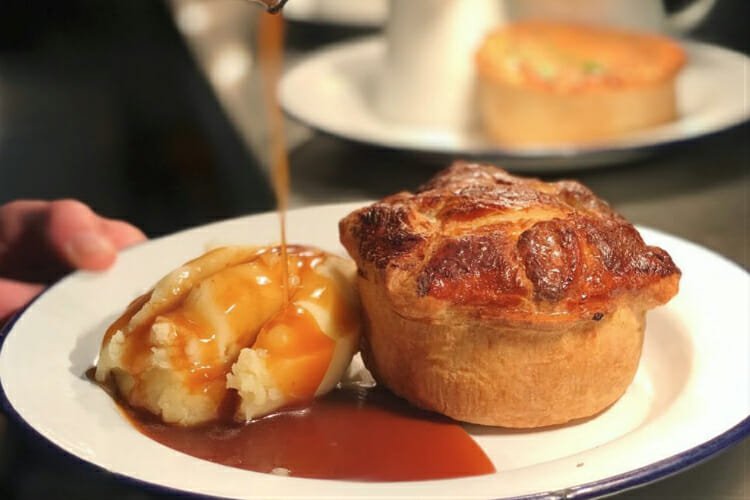 For a taste of old London Town then head to Putney Pies. Housed under a brick archway this subterranean, independent pie shop has been delighting Putney locals since 2014 and with a menu awash with pastry it’s not hard to see why. Each one is homemade and cooked to order. This is not a place for pacy food, but rather somewhere to sit and savour the true glory of pie and mash (or if you want to branch out; mini beef wellington, sausage rolls, pot pies, tarts, and quiches). The classics are available but sit beside some more adventurous offerings like the Mediterranean (a beef, olive, and feta combo), and everything can be washed down with local craft ciders and a decent selection of plonk – which you’ll need for when the DJ (who wears sunglasses, inside, underground) starts spinning house at around 10pm towards the end of the week, and the tables are cleared away for a dancefloor.

Details: Putney Pies is open Tues-Sun for lunch and dinner.

Not the very famous Michelin starred Italian just down the river, but rather a quaint, old fashioned British caff, just opposite the station. Like any good greasy spoon, it has a serious breakfast menu. For lunch, hearty english favourites are the fare of the day including shepherd’s pie; ham, egg and chips; and few choice specials. The price for everything is more than fair, and the whole experience exudes retro charm with the formica tables, blue and white tiling, and seascape paintings on the wall transporting you back to a simpler time, when your nan was young, and an egg bap was a luxury.

Details: River Cafe is open Mon-Sat for breakfast and lunch.