…it would have been a horse and cart-ographer.

But of course, back then, there was no such thing. The very first London omnibus launched in 1829, with only 4 services running in each direction a day. It was only ten years after that, that the first complete collection of rail timetables was published, and over 170 years later, that the first online journey planner was launched.

In those 200 years, not only has public transport stretched to underground, overground, trams and monorails; we now live in a city of dockless cycles, shareable taxis and, you know, those cablecars in Greenwich. London feels better connected than ever, but as great power brings great responsibility, great transport also brings an overwhelming array of possible routes – and more opportunities for leaves on the line. Something had to be done. And so in 2011, the online journey planner evolved into its most sophisticated form yet – Citymapper.
–

In short, Citymapper is the ultimate transport app. It can immediately find your location, and calculate the quickest, least complex routes to get anywhere else in the city, even airports. It shows you real-time information on when the next buses or trains are arriving at any given stop – even ones that you’re nowhere near. It reminds you when to get off and change, and gives you an ETA that constantly updates in response to traffic and other delays. You can share your location with friends, save ‘home’ and ‘work’ addresses so you can find your way wherever you are, and even tells you what portion of a crisp packet you’ll burn off if you walk instead. And now, it’s hooked up to other apps like Uber and Gett, and has launched in 39 cities around the world, including Tokyo, Sydney, New York, Toronto, Seoul and Stockholm.
–

HOW DID IT HAPPEN?

Citymapper was founded by Azmat Yusuf, a U. Penn graduate who cut his teeth in venture capital and at Google, which brought him to London in the first place. Like all bright young things, he was trying to get by in this city spending as little money as possible – but to him, the bus network in particular felt like an untapped resource, shrouded in mystery. You had to memorise bus numbers, bus stops, and just give it your best shot making connections between them. Which is why he built Busmapper, an app that not only listed all London bus journeys and their stops, but could actually calculate the most efficient routes. Gradually, he added in the tube, trams, DLR…and Citymapper was born. 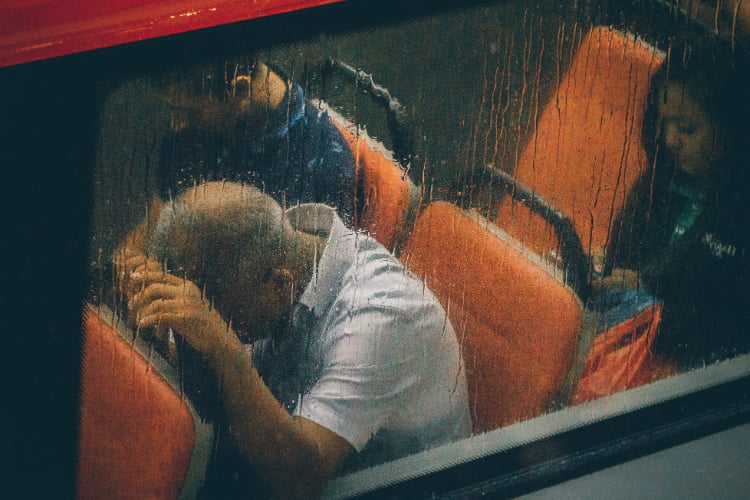 Artist’s impression of a world before Citymapper. Credit: Lily Banse/Unsplash

WHAT THEY’RE PLANNING NEXT

Of course the smartest part of the app is that it self-improves. Since starting, it’s analysed over a billion different trips around the world – which not only can give you personal stats on how far you’ve walked (and how much money you’ve saved), but constantly feeds back to make travel information more accurate. And it’s also given them a unique insight to the most under-served routes, and who needs moving where, when – something they’ve fixed up into a high-tech model of transport demand they call SimCity.

Last year, Citymapper ventured out of the virtual realm into the actual, launching their own Smart Buses. They stopped at regular bus stops, you could still pay with contactless, and they kept all the important bits like seats and wheels. But pretty much everything else about it was different. Using the information from SimCity, drivers received updates from the Citymapper app showing which bus stops were busiest, where the most people were panic ordering taxis, and where the black holes of transport were at any given moment. Plus there were USB charging points on every seat, updated ETAs on board, and huge smart screens displaying the current route on a map. They even gave you a designated emoji, which flashed up when it was your time to get off (and just imagine the Rush Hour Crush stories of Crying Cat meets Easter Island Head).

From there, they trialled Night Riders – buses serving the parts of East London without Overground Night Tube or reliable night buses. They were greeted with complete enthusiasm by travelling public, mainly because you could charge your phone on them, and they played P!nk.

But these trials gave Citymapper even more ideas on how they could totally reinvent the bus network in this city, like traffic-aware buses that would stop off at key points, but divert between stops to take the least busy routes. The problem is, that innovation is almost impossible in a sector that is so strictly regulated. These laws were originally designed to make the service as reliable and fair as possible, like keeping an equal distance between buses – but in the modern world, there’s the opportunity for them to be smarter. You shouldn’t be held on a bus ‘to regulate the service’, if it’s not actually a peak travelling period with high demand. These rules haven’t been updated since 1981, and awkward relations with companies like Uber make it tricky to convince regulators of the benefits to updating them to a smarter system. 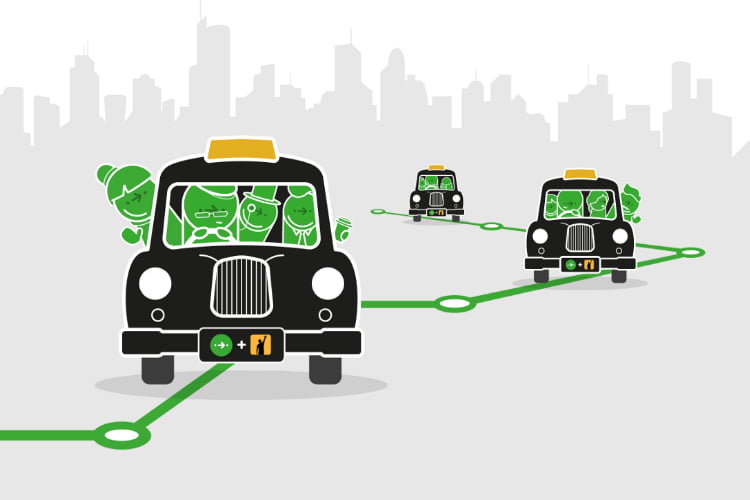 So for now, Citymapper are trying to innovate through loopholes. According to the law of 1831, anything (horsedrawn or otherwise) carrying more than 8 passengers counts as a Bus, and that means it’s subject to much harsher regulation. So, the app are trialling their ideas for a smarter network with people carriers and taxis. They’ve launched Black Buses – black cabs that run fixed routes in a commuter belt that otherwise takes 3 buses or tubes to reach – from Highbury & Islington  to Waterloo, via Farringdon. They cost £3 to use, and work like a hop-on, hop-off miniature bus, only you’re guaranteed a seat, it’s niftier, and – if you want – it can be sociable, too.

Alongside this, there’s the Smart Rides, cars connected on a network with multiple routes between A and B, meaning they can choose the best route depending on where demand is coming from, traffic, and other temporary factors like construction work or diversions. They reduce pollution, congestion, require no new infrastructure. And best of all, they show up in the Citymapper app in connection with other modes of transport – so if it makes sense for you to take the tube before hopping in a Smart Ride, they’ll tell you.

This, they say, is finally the future.

And what do you know? You’re already 2 minutes into the future since you started reading this.

NOTE: You can use Citymapper online HERE, or download it from the app store. You can also read more about what they’re currently working on, on their blog.

Bit of a transport nerd? Read our list of interesting facts about every Underground station