But while an injury put paid to that particular goal, he fortuitously happened to have a plan B of triple Michelin-starred chef, TV presenter and cookbook writer in his back pocket.

After college, he trained under industry greats including Joël Robuchon and Marco Pierre White before manning the kitchens at Aubergine – earning it two Michelin stars in the space of three years. After that, he went on to open his first solo venture, Restaurant Gordon Ramsay. This remains the longest-running restaurant in the country to hold three Michelin stars – and he has four others across restaurants in both London and France. With twelve more Gordon Ramsay restaurants in London – plus a smattering across the globe – he shows no signs of stopping soon. 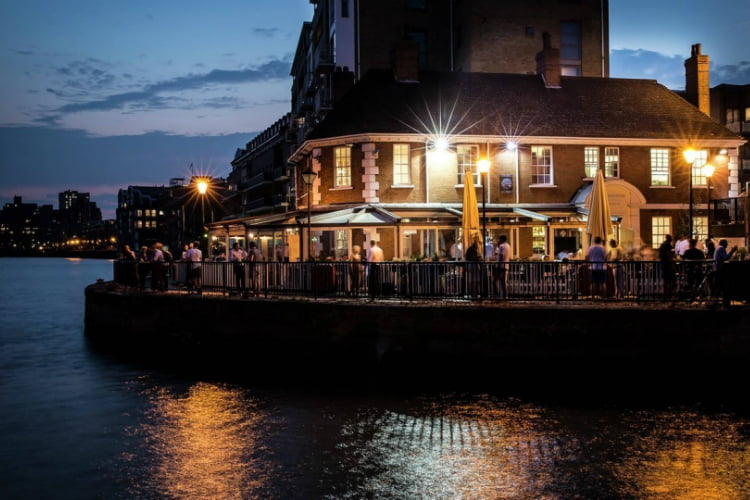 Set in an old Georgian pub in the Docklands, The Narrow fits into its niche of riverside al fresco dining pretty well. It’s one of the more relaxed Gordon Ramsay restaurants, serving up gastropub-style fare with a Mediterranean accent, like pan-fried sea bream with mussels and a cider cream sauce; wild mushrooms with fried leeks and crispy polenta; and of course, a cracking Sunday roast. Plus, there’s a slew of house cocktails to wash it all down. 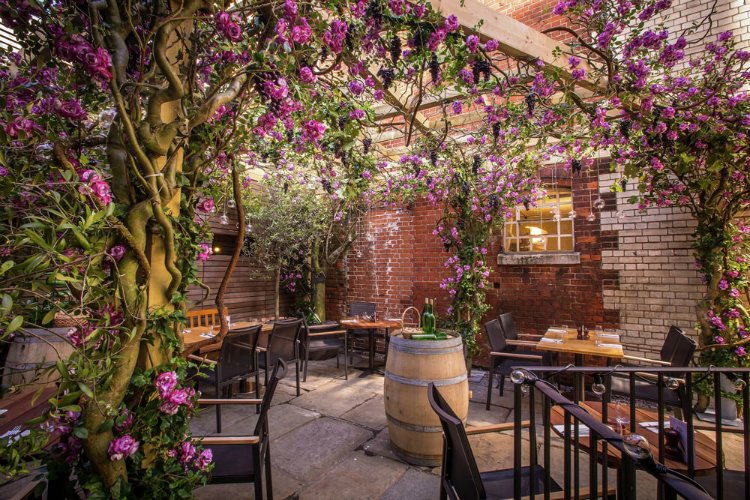 Taking up a grandiose spot overlooking Regent’s Park, York & Albany is an airy, beautifully designed restaurant, bar, terrace and hotel in a townhouse designed by John Nash (an architect who also turned his hand to other minor projects like the Brighton Pavilion and Buckingham Palace). Decked out in a muted palette, the restaurant comes into its own for sun-flooded brunches or cocktails in the evening, bolstered by a Modern British menu. Its best kept secret, though, is the private dining cabin in the garden, which takes on various themes throughout the year. 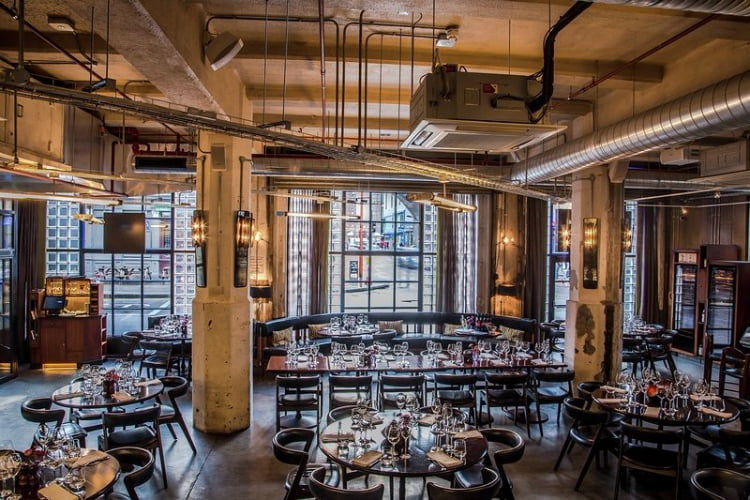 Sure, with its smooth concrete flooring; eclectic strip lighting and industrial columns; Union Street Café might not scream classic Italian dining. But head chef Davide Degiovanni is plating up some of the best Italian in London, thanks to his upbringing in Northern Italy (though stints at Michelin-starred spots like Locanda Locatelli probably didn’t hurt). For a more intimate setting, head downstairs to the Olive Grove – a dining room sporting Tuscan style plaster walls (complete with shutters and window-boxes), and al fresco-style seating under a pergola overgrown with vines and olive trees, where you can even score olive oil cocktails. It’s the perfect spot for their Mangia e bevi Sundays – a feast of Italian dishes alongside bottomless prosecco and negronis. READ MORE 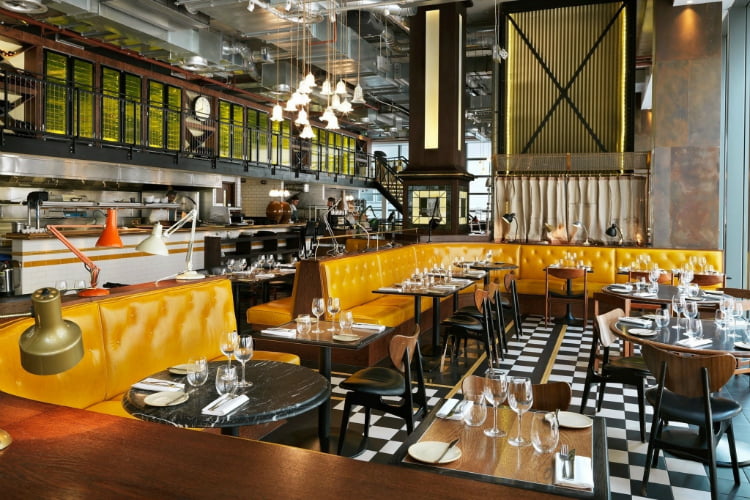 Ramsay opened this spot after spending some time in the States – and its influence is imbued in everything from the setting to the food. Bread Street Kitchen has the feel of a sleek NYC loft conversion, with floor-to-ceiling glass windows, chequered tile floors, schoolbus-yellow booths and a sprawling open kitchen, over which hangs a vast mezzanine cellar. The food here – unsurprising, given the City location – is on the pricier side, but remains a reliable pitstop for steaks and Josper-grilled cuts, or after-work cocktails. READ MORE 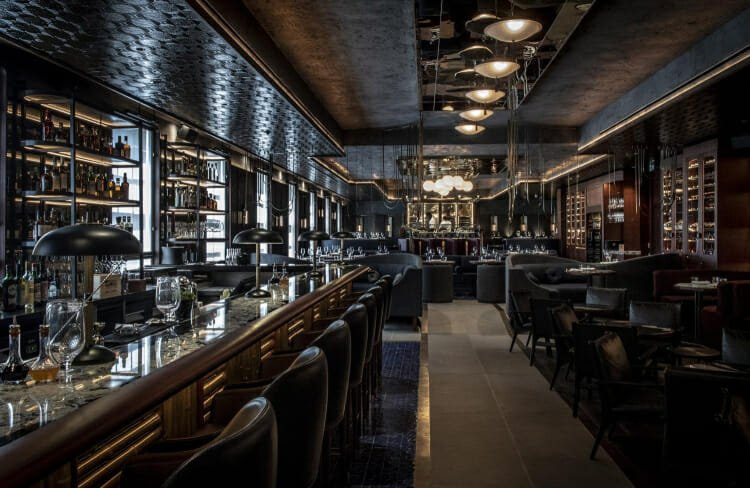 Gordon Ramsay’s let the cat out the bag – it’s his newest, flagship restaurant, replacing his former Michelin-starred eatery, Maze. Inspired by 1930s Tokyo, it’s a dark, moody, and glossy affair, with a menu of dishes that hop liberally across Asia. There’s a raw bar (serving kingfish sashimi and razor clams), a chef’s table (with private platings of Burmese crab masala), and three private dining rooms – or you can just prop up the bar and sip ‘Lucky Negronis’ – a drink whose ingredients are decided with the roll of a dice. 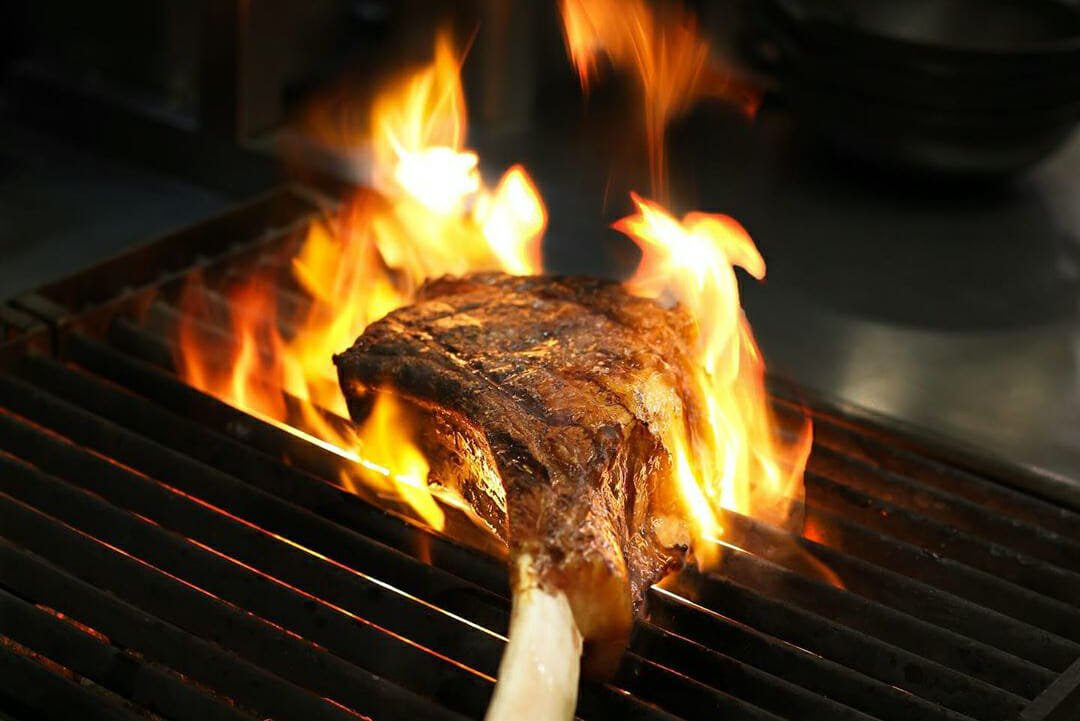 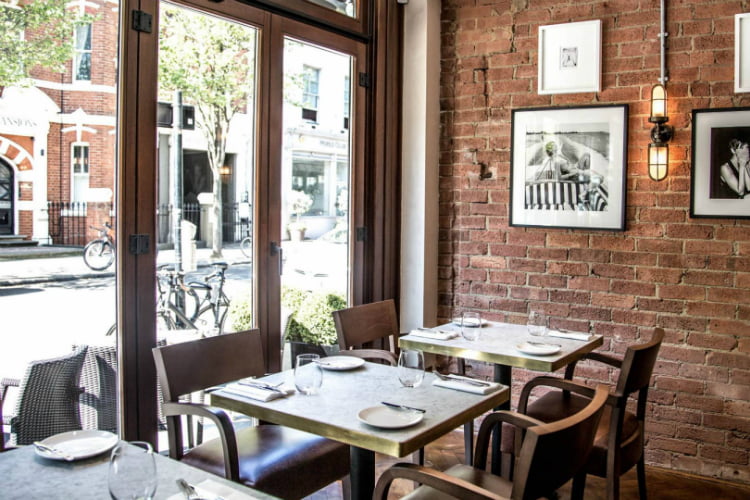 Maze Grill Park Walk is a site steeped in restaurant history. It’s not only the spot where Ramsay won his first two stars in its incarnation as Aubergine; it’s also where he booted out critic A A Gill for writing that he acted “like an 11 year old”. Thankfully, critics have written nothing but positives about Maze Grill Park Walk, with Grace Dent calling it “the best steak [she’d] had all year”. READ MORE 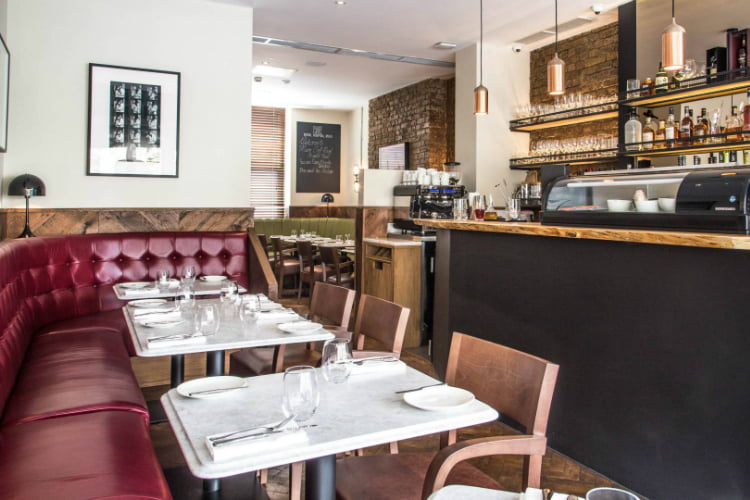 Opening hot on the heels of the Park Walk branch, this hat trick in the Maze Grill has all the hallmarks – buttery soft banquettes; Josper-grilled USDA, Japanese and UK steaks; and delicately assembled sushi – only it’s about ten minutes closer to central London. 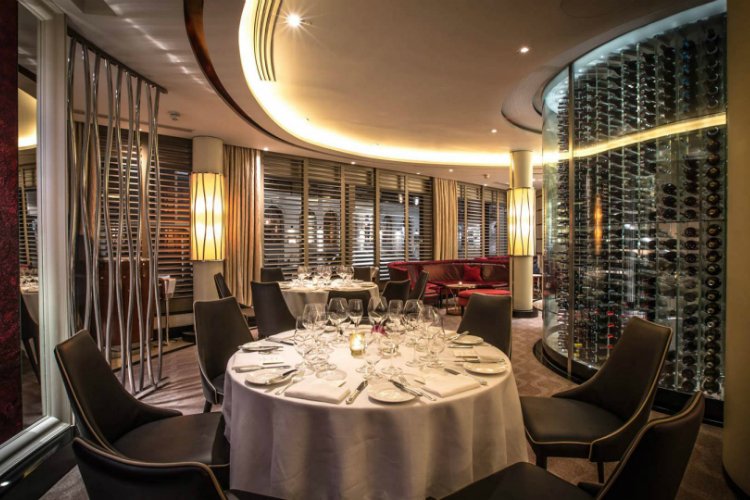 Unsurprisingly for a restaurant named after one of the world’s most famous grape-hooch, Pétrus is all about the wine. 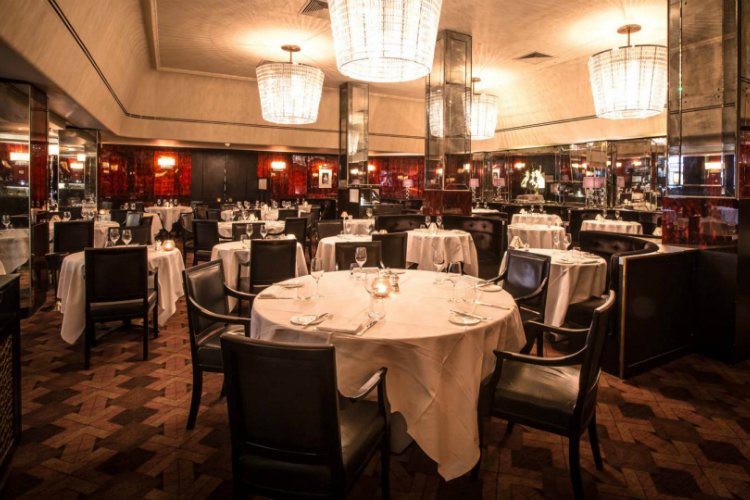 The Savoy is always a safe bet for old-school glamour, and the Gordon Ramsay restaurant here is no exception, with candlelit round tables huddled beneath glitzy chandeliers and polished walnut walls. He’s back to his fine dining roots here, so expect pure decadence in the form of caviar, lobster thermidor, veal steaks, and suckling pig served from a table-side carving trolley. Don’t miss a nightcap at the American Bar – currently 2nd according to the World’s Best Bars. 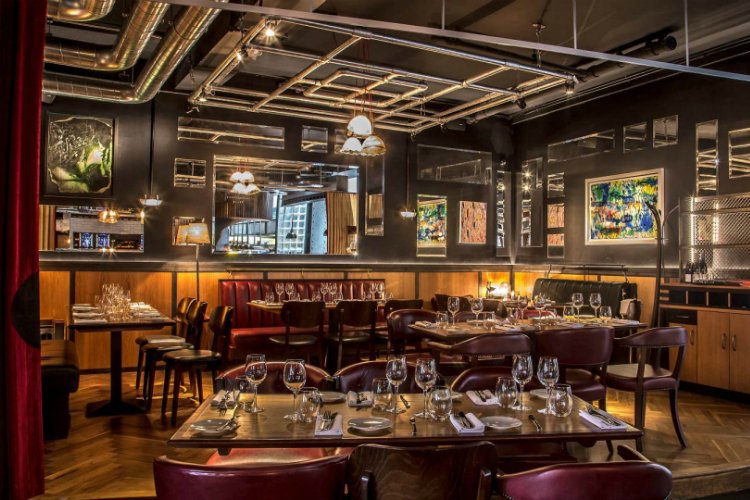 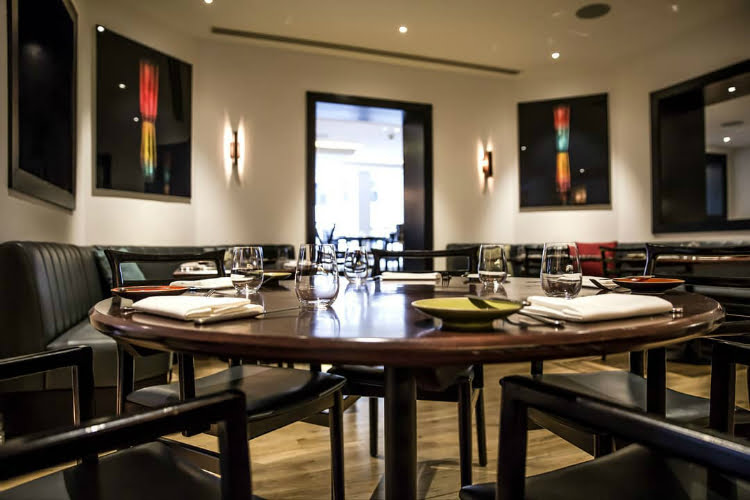 London House sits in an unusually-shaped former coal warehouse in Battersea – though you wouldn’t know it from the slightly stiff, ultra-modern interiors. Much better to visit in the summer months, when you can nab a table in their beautiful garden and tuck into some reliably delicious bistro fare, like duck breast with borlotti beans and gem lettuce; nectarine, burrata and rocket salad; and lamb carpaccio with quail egg and capers. 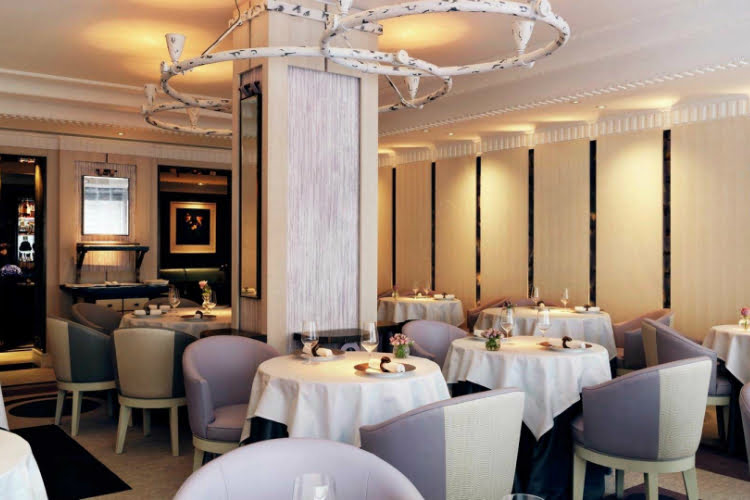 Last but certainly not least is the flagship Gordon Ramsay Restaurant… Restaurant Gordon Ramsay. Holding onto three Michelin stars for nearly 20 years, this is the spot for elegant, classic French cuisine, served in immaculate surrounds. The Prestige tasting menu takes you through the restaurant’s finest dishes – or for £1000, you and three friends can take a seat at the private ‘Inspiration Table’, where the chefs themselves will serve you their most innovative new dishes. READ MORE

NOTE: You can book and find out more about all the Gordon Ramsay restaurants in London on their website HERE.

Like great restaurants in London? Check out our London Restaurant Bible