Now, like the Underground itself, the list is pretty huge. And also like the Underground, we thought we’d make it easier to navigate – so we also created a little splinter list dedicated to stations on The Bakerloo Line. A list which, lo and behold, you’ll find on this very page, starting with the it’s southernmost point Hammersmith, just to the south of this line…

The line running through Goldhawk Road station was active as early as 1864, yet no station opened there until 1914.

Until 2008, it was called Shepherd’s Bush until it was renamed to avoid confusion.

Newest station on the network, opened in October 2008.

Is actually located half a kilometre away from Latimer Road.

First station to be demolished. It was relocated in 1871.

Named after a nearby pub (still there, but now called The Porchester). 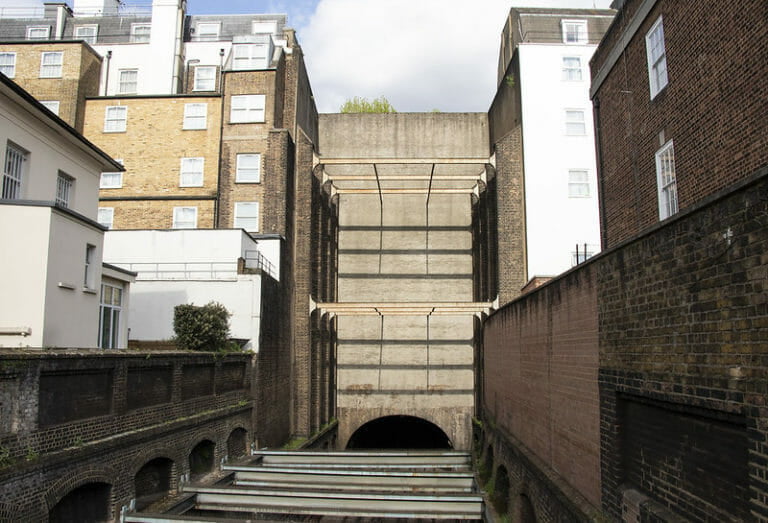 Despite having three lines run through it, it only has one pair of tracks, making it one of the most intensely used parts of the network.

Was the place that the very first piece of work on the underground – or any underground railway on earth – took place. A shaft was sunk in January 1860 there.

Originally designed to transport livestock to Smithfield market – there are still cattle ramps onto the street West Smithfield for this purpose.

The tube’s first rail disaster happened here. 4 people died …and the trains were running again within half an hour.

The station was moved by just a few feet in 1938 in order to make the curve of the track slightly more gentle. In order to do this, the entire track had to be lowered by 2m in one night. The ground below the track was excavated during the day (with the rails held up by a wooden trestle <em>while trains still ran over them</em>), and 900 workmen simultaneously eased the rails down after the station closed. It reopened the next morning with no break in service. 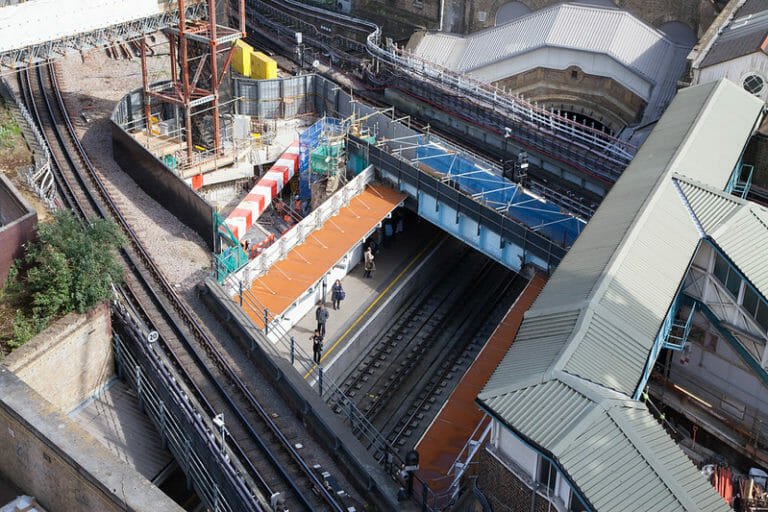 Whitechapel is the only place on the network where the Overground runs below the Underground.

A Tudor-era bowling ball was unearthed during the Crossrail excavations under the station.

The steepest gradient on the tube network.

In EastEnders, the fictional Walford East tube station takes the place of Bromley-by-Bow.

Prior to the station being put in, Plaistow was a whole day’s coach ride to Westminster due to the roads. Now, it takes less than half an hour.

The station’s name is slang for crazy (because they’re ‘two stops short of Barking’).

Currently has a direct freight service running 7,500 miles direct to & from the city of Yiwu, on China’s east coast.

Enjoyed this Hammersmith & City Line trivia? Check out the other lines right HERE.