How Do You Soundtrack A Restaurant? We Spoke To The People Who Do It For A Living...

It’s the unsung hero of the restaurant world.

After all, it’s been proven time and time again that well-chosen music literally makes your food taste better*. And that’s not to mention the effect it has on atmosphere, mood, and tone, all of which can make-or-break your enjoyment of a meal out. Yet people tend not to appreciate just how important it truly is.

Well, we spoke to the talented soundsmiths whose job it is to put restaurant soundtracks together.

Dan Lywood had been DJing for about 15 years when he co-founded Playlister with fellow disc-spinner Ben Bridgewater back in the late noughties. Ten years on, their crack team of curators are behind the music at 27 or so different establishments, from restaurants like La Bodega Negra and The Chiltern Firehouse to bars like Jack Solomons Club, as well as hotels from here to Marrakech – and they’ve seen a whole lot change in that time.

“Spotify didn’t exist, Instagram didn’t exist, people still bought CDs – so it was quite a different world,” Dan reflects. “Nowadays, everyone thinks they’re a DJ because they’ve got Spotify,” he jokes. But the upside is that people are also now more discerning – and while some restaurants are happy to stick an iPad behind the bar and leave it to the staff, others are looking to soundscapes as a way to set them apart. “We’ve realised that people are using their music a lot more as part of their marketing strategy,” he says.

So how do you put together a team who can handle any kind of brief that’s thrown at them? “Ben and I have tried to search out people who have different skills to us,” he explains. Many are life-long DJs, others have backgrounds in radio – and one of their curators used to run the iconic Soho record store, Sounds of the Universe. “She’s got a really interesting take on tropical, jazz, reggae… She sold records to Prince!” he tells us. “Everyone’s got a special area of musical inspiration that complements what Ben and I have built… and we basically pay our team to listen to music. There are so many worse jobs,” he laughs.

Each playlist they create is unique to that particular restaurant or bar, crafted entirely from scratch each time. “We’re quite strict on building something bespoke”, he continues. The first step, he tells us, is to consult with the brand and get a feel for their concept as a whole. The idea isn’t necessarily to be too obvious with the translation of restaurant to soundtrack – “for us, it’s about how music makes you feel,” he says. “We really go to town with our consultations about what the brand is about. We draw up a kind of audio mood board, we talk with the marketing teams… we want to fit into the aesthetic.” The role of the music curator, he argues, is just as impactful as an interior designer’s on the overall ambience of a restaurant – and no doubt most critics would agree. Fay Maschler delivered the final blow in her famously disparaging review of Restaurant Ours with the statement, “the music is deafening, which I admit for me does not enhance an occasion,” while Marina O’Loughlin dubbed it “the worst soundtrack in restaurant history”. It’s hard to tickle tastebuds when all your customers want are earbuds.

So are there certain genres to avoid when designing a playlist to eat to? “We really try and avoid ‘blandcore’ – and sometimes, it needs to be ambient, beatless music, or something very dreamy. That’s fine, but it just needs to be good quality,” Dan explains. “So some of it is safer than [others], because you don’t want to shock or alienate your customers. It needs to fit the atmosphere – it is, by definition, background music,” although, he adds conspiratorially, “we try not to use that term because it’s kind of boring. We want our music to be considered exciting, and at least complementary to the other elements. You wouldn’t say ‘this is really boring decor; you’ve got background wall colouring’,” he laughs. 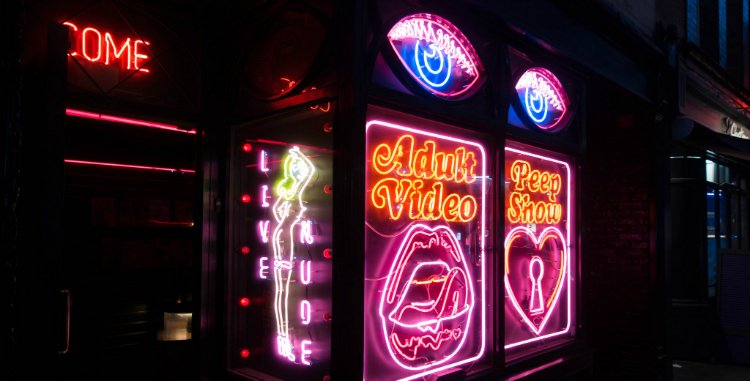 But when they started working with La Bodega Negra, they got seriously excited. “We love La Bodega because it’s quite alternative, the decor’s bold – and so all the music needs to be bold.” Their brief was that pretty much anything goes; a soundtrack that was unique and entirely characteristic of La Bodega – something you couldn’t hear anywhere else. And as one of London’s livelier late night venues, it also meant finding music that transitioned smoothly into the sets the house DJs were running later in the night.

“This is a phrase we use a lot – but don’t necessarily enjoy using” he laughs, “- we literally talk in ‘day parts’.” The transition from daytime to evening “is often about tempo, but it’s about feel as well” – so in the morning, you might want some slower, ‘organic’ band-led music, which then moves into more uptempo and electronic tracks come evening.

The length of playlists to achieve this shift vary from place to place, but the team aim for about 2,000 – 5,000 tracks to keep it fresh – not just for the customers but the staff. “You can see when you get a new client if their older staff are looking like, ‘Just do anything! Just change this!’” Ideally, he says, the same song should come up around just five times a month – although it depends on the restaurant. For somewhere like Chiltern Firehouse, they refresh around 50% of the music monthly to keep it constantly evolving – but for other spots, the style is more distilled, more niche, so it’s more a process of building up slowly and researching more intensely within that bracket. And for most places, Dan tells us, “it has to shuffle properly, so the staff aren’t going – oh, it’s 9pm, here comes that song. [But with others], they want things to happen throughout the day in a very structured way. So there will be fewer tracks in each slot.”

As for finding the tracks themselves, it’s a long process of drawing on existing collections, searching on obscure music blogs, trawling Youtube, Bandcamp and iTunes… “There are so many places to find music,” Dan tells us. “It used to be that you’d just go to a record shop. Now it’s like, 1000 places. Which is amazing, it means there’s so much more to discover.” But even with a growing team, it’s hard to get through all the music that comes their way, so occasionally they borrow a technique from the days of browsing in record stores. “We call it needle dropping”, he explains – from when you’d drop the needle at different points, “and you go through the record, make sure it doesn’t do something wild at the end…But pretty much every track goes through a selection process to make it in. By the time it goes to the client, it’s been vetted. But now and then a swear word or something sneaks through – it’s a nightmare,” he laughs.

And when it comes to balancing classics with more obscure numbers, Dan and the team try to go for the less familiar – favouring B-sides and album tracks so that you might recognise the artist, but not the song. If someone first discovers a great new song in a restaurant, he reasons, they’re far more likely to head back there. “I suppose the DJ rule is play one song they know, play two songs they don’t,” he says. “But with the playlists or the profiles that we build, it’s always on shuffle – so unless they really actively ask for very popular music, we want to educate a bit.” He recalls putting together a list for the Hospital Club in Covent Garden, with a bit of “a British thing” going on, featuring artists like David Bowie and The Kinks. “One of the members there said it sounds like Radio 2, and we were devastated,” he laughs. “So we immediately got on there and went Christ, he’s right!” They’re all great artists, Dan explains, and “if you want, you can hear that every day on the radio. But the Hospital Club have very creative members, and we want to appeal to those people”.

The Hospital Club (music not pictured)

That’s why, he says, it’s so important to get physically into the space too, and test it out. “It develops the whole time,” he says. “Sometimes three months, six months in to a new restaurant, we go ‘let’s scrap that completely’”. On paper, a place might look like it’s screaming out for jazz, he says, and you later realise it was meant to be cool electronica all along. “We’re not precious like that – we didn’t write all the music, and if it works, it works, and if it doesn’t, it doesn’t.”

He’s empathetic about the difficulties facing restaurants nowadays – how so many close down because of extortionate rent hikes or the growing appetite for deliveries over visiting in person. “Restaurants have to fight harder to get people in – and it’s about this idea of things becoming experiential, which is a horrible word,” he adds, “but it ultimately comes down to getting it right.” Music, he feels, is finally getting recognised as part of that, alongside the interiors, menus, and uniforms – “it’s important that all those elements are really considered,” he says. “We had one hotelier who was all about smell as well, his whole thing was smell, and you know if you’re getting that deep into the ambience…they’ve thought it through, it’s not just about chucking loads of elements in a bowl and hoping for the best.” Essentially, he says, “if you stop caring about where you get your beef and how good your ice is, your customers will notice it – and they’ll notice the same thing about your music.”

If he were to open a restaurant of his own, Dan would want to cook dishes with an Ottolenghi-style slant. And the music? “My thing is where classical meets contemporary electronic stuff – I love Nils Frahm and all those guys. Also live music – it doesn’t really happen any more because it’s expensive, but I love a bit of theatre. That’s why La Bodega’s great.”

NOTE: You can find out more about Playlister on their website HERE, or by following their instagram at @playlisterfm… and you can listen to the Playlister La Bodega Negra playlist below.

*NOTE: Seriously, check out this paper in the Journal of Culinary Science & Technology. Or don’t, and just trust us when we say that it backs up our point with honest-to-God science.