If you’ve ever wondered how “EDM, WKD, really oily men in Versace Y-fronts” would translate into a menu of small plates and natural wines, now’s your chance to find out. Because some of the biggest names in each of those fields are joining forces for a one-off takeover at Weino BIB this month, themed – in ways we can only assume will become clear on the night – around Eurotrash. 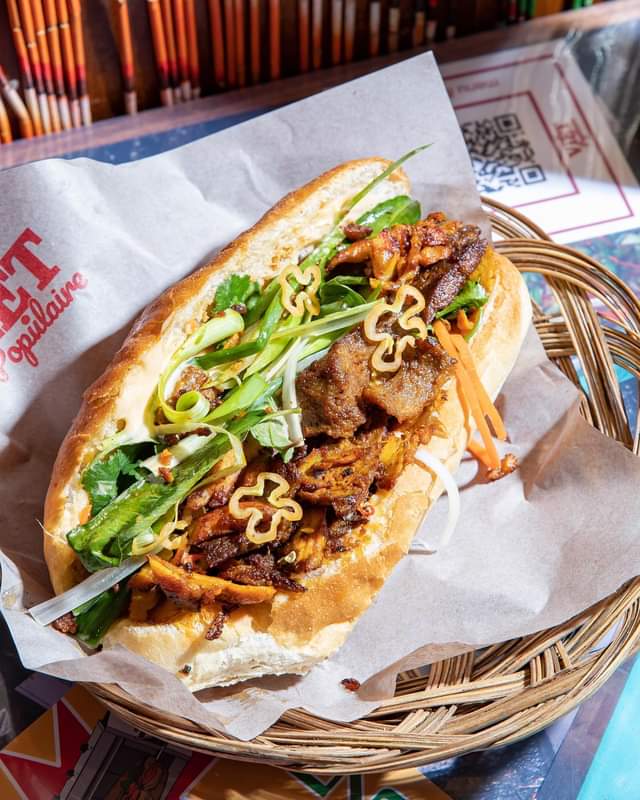 Turns out Viet Populaire lived up to its name. After making its debut as a pop up in the old Xu site last year, Luke Farrell’s bánh mì eatery is joining the line-up at Arcade Food Hall this month (alongside his other stalls, Plaza Khao Gaeng and Bebek! Bebek!). To go with the sarnies, there’ll also be phin coffee (filter coffee served with condensed milk), and if you get down there quickly enough on the opening day, they’ll be giving away 100 free bánh mì from 12pm.

Philli Armitage-Mattin at One Park Lane

Following on from Alex Webb’s inaugural residency at One Park Lane’s terrace, 2020 Masterchef finalist Philli Armitage-Mattin is ready to take up the reins for the next two months. Having trained at Gordon Ramsay’s restaurants and staged over in Tokyo, she’s popping up with a menu picked out from her debut cookbook, arranged by flavour profile from kiddish to refined. Expect 15-hour gunpowder potatoes; Sichuan pepper lamb tartare; miso sticky toffee pudding and more.

Wright Brothers at The Coaling Jetty

The Coaling Jetty is where coal was once loaded up to fuel Battersea Power Station. And now it’s being used to fuel you, because seafood connoisseurs the Wright Brothers are spilling out of their Battersea restaurant and onto the pier for the summer. The waterside pop-up stall is hawking seafood platters, oysters and street food dishes like tacos and burgers every day, washed down with cocktails, fizz and fine wines. 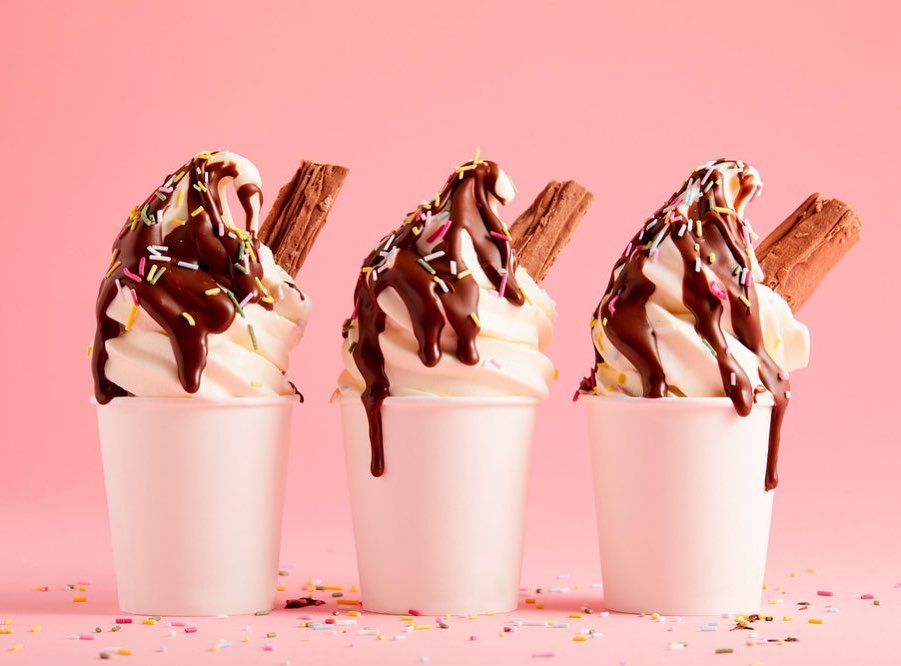 The cult ice cream outfit are finally getting their own happy ending – after years of supplying restos & shops with their frozen treats, they’ve landed their first ever pop-up. Find them outside Pavilion café in Victoria Park, where they’ll be doling out soft serve from their double flavour twist machine alongside their classic ice cream sandwiches.

The tiny Broadway Market outpost of this beloved noodle bar is currently hosting monthly-changing specials designed by guest chefs around the capital. Next up, it’s the turn of Honey & Co founders Sarit Packer & Itamar Srulovich, who are putting a Middle Eastern spin on the udon bowl with pickled cucumber, shredded cabbage, sesame and chilli.

Mondo Sandwiches at The White Horse 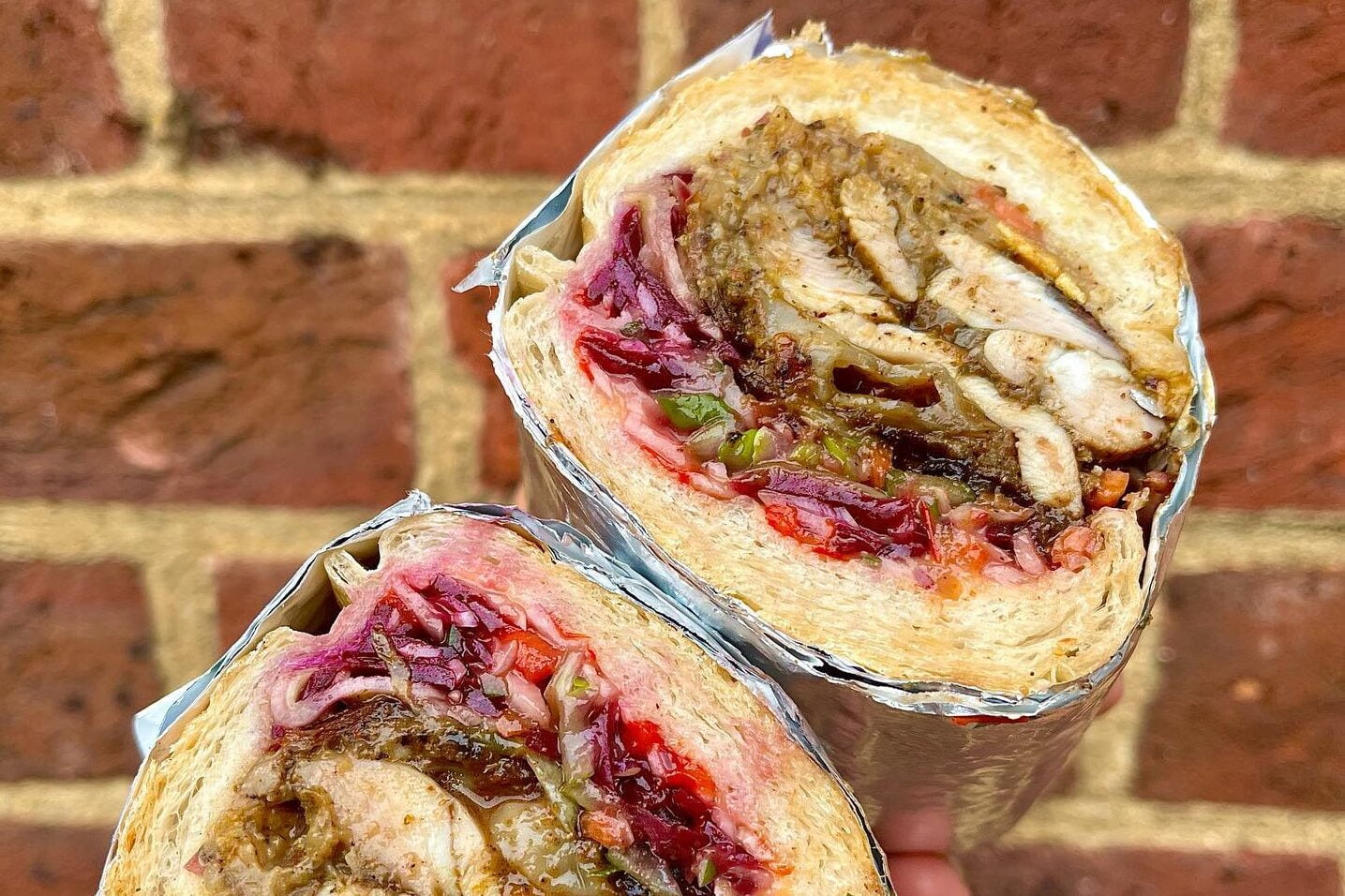 Just when we were thinking that Peckham needed more sandwich shops, the absolute king sarnie slingers Mondo Sandwiches announced that they were popping up at The White Horse in Peckham. Not just that, but head chef Jack Macrae has knocked up some shiny newbies for the occasion. We’re talking char-grilled chicken tikka thigh and a punchy Thai vegan number, not to mention the most intense rosy rare beef sandwich we’ve ever seen, served with its own gravy dipping sauce. And it’s not just ’wiches you’ll find either…. Also on the menu are their legendary smash-patty burgers and one hell of a Sunday roast. If you haven’t heard of World Famous Gordo’s, then a) it might be time for them to change their marketing, but also b) it’s time you got acquainted. The popular Dalston pizzeria is popping up on TT Liquor‘s rooftop all summer, serving top-quality pizzas, fried doughballs, melt-in-the-mouth burrata and more…

Beak at The Haggerston

So, the HOT4U guys have been pretty busy. Hot on the heels of their residency at The Prince Arthur, they’ve taken over the kitchens at The Haggerston pub for their new nose-to-tail chicken concept, Beak. Expect their typical boundless creativity to be unleashed on high-class junk food like oysters with BBQ chilli schmaltz and koji fried chicken. Tendril is a “mostly vegan” dining concept from ex-Chiltern Firehouse and The Dairy chef Rishim Sachdeva, which has yet to plant firm roots – but every time they have a pop up or residency, it ends up with rapturous praise. This time, it’s sticking around for 3 months in a space just off Regent’s Street. You can expect the classics (baked brie with truffle mascarpone & honey) and new dishes (sticky soy beetroot fritter bao, with daikon & sesame scallion), as well as a “mostly vegan” wine list. 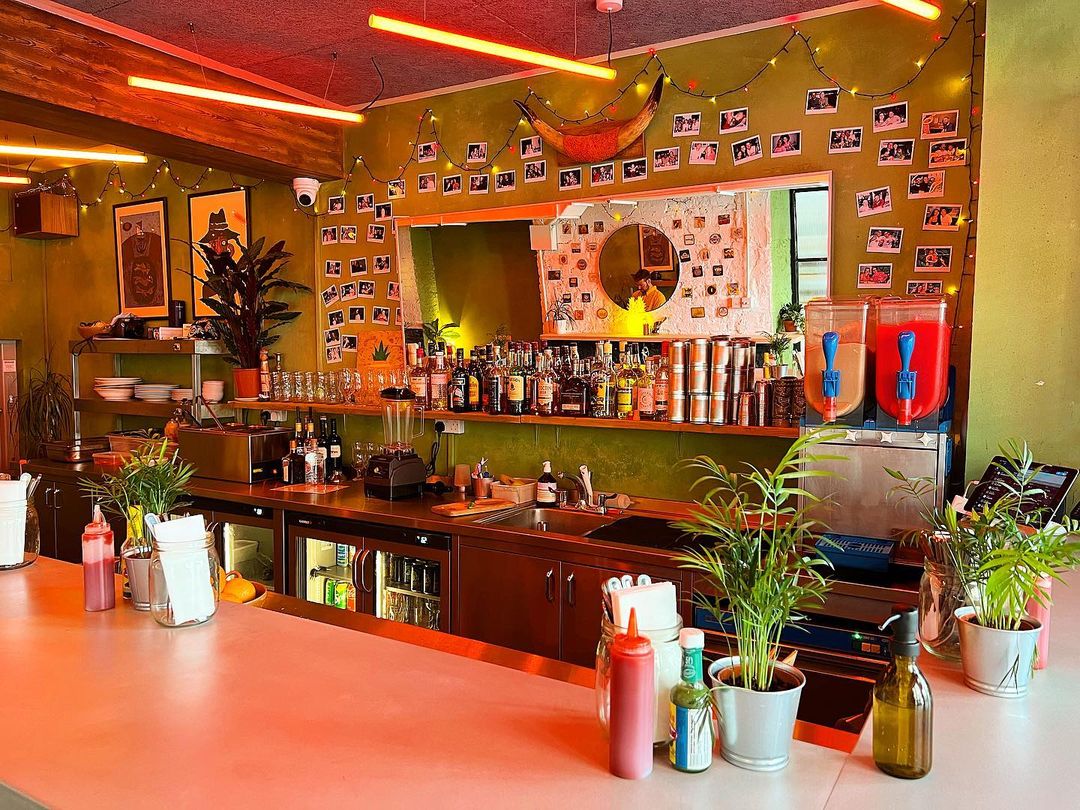 Carousel’s long-term residency spot at No.23 is about to get Lucky Buns. If you haven’t heard of them, that’s probably because this is their first time in the UK; the brand has spent most of its existence seducing the east coast of America with its fat, patty-stacked burgers, blazingly hot friend chicken, and Hawaiian-style, gravy loaded fries. And now you can get them too…

Speaking of Carousel, joining the main residency line-up next door this month is Palle Paulsson, who’s coming all the way from Sweden just to serve you a 12 course tasting menu (2nd-6th August). Then, you’ll get to check out former Brat chef Zac Inwald before he spreads his wings with a solo project (9th-13th August). And finally, Sheffield-born chef Daniel Morgan will be hopping over from Paris to cook you vanilla-braised fennel & parmesan fondue (16th-20th August). Unless you’ve been living in a bubble recently (which is strangely likely, unfortunately) you’ve likely noticed the huge amounts of bubbles, igloos, and domes that have sprung up across the city’s dining landscape recently. The latest? The Glass Rooms; a dozen pods popping up next to the Tower of London for the summer, and serving up a mostly British menu, all tied in with the Superbloom. It’s perfect weather for a nice, summery terrace right now… and as luck would have it, one has popped up in Mayfair. Specifically in the lovely Brown Hart Gardens, a 10,000 sq ft slice of tranquility sitting on a Portland stone pedestal just south of Oxford Street, with Italian street food, gelato, and cocktails… Perpetually changing pop up haven Rondo La Cave has bussed a new chef into the kitchen once more – Chet’s comes to us from chef Kris Yenbamroong, who runs a cult Thai restaurant in LA called NIGHT + MARKET. Here he’s decided to create something that combines influences from both those places: American comfort food, with Thai flavours. Call it fusion if it makes you happy. On the menu, you’ll find the likes of fried chicken with red-eye chilli dip, a wedge salad with candied pork jowl, and chiang rai hotdogs with fried shallots…

Bob’s Lobster at the National Theatre You’re about to land a big roll at the National Theatre.

It’ll be in their Terrace restaurant, and it’s going to be stuffed with lobster.

It’s all thanks to Bob’s Lobster who’re snapping up the first in a series of residencies within the theatre’s in-house eatery. Well, we say ‘in-house’, but the fact is that the place is called the Terrace restaurant because, believe it or not, a great deal of the space is outside, on a terrace overlooking both the South Bank and the river. You know, hence the name and everything…

Jam Delish at the Sun & 13 Cantons Jam Delish proudly proclaim themselves to be “Soho’s first vegan Caribbean restaurant”, and we’re going to happily assume that they’re right. At least temporarily. Because they’re taking the current shift in the kitchen residencies at the Sun & 13 Cantons, where they’ll be staying for the next few months serving up vegan jerk prawns, plantain fries, and rum-soaked ‘chicken’ wings cleverly wrapped in a sugar cane skewer so that you can eat the ‘off the bone’.

Looking for more inspiration? Check out what’s on in London this weekend