And “do just that” they most certainly have, in droves, with some of our favourite recent openings in the capital including a new Portuguese restaurant from one of the world’s most highly esteemed chefs; a barge serving up old-school feasting food; a gorgeous new fresh pasta spot for Islington and a reinvented vegan classic…

Amethyst is the name of uber-talented chef Carlo Scotto’s new restaurant. And yes, that is indeed the same Carlo Scotto who helmed the excellent Xier in Marylebone. This time around, he’s headed to Mayfair, with three- and five-course tasting menus…
Opened: 12th May
– 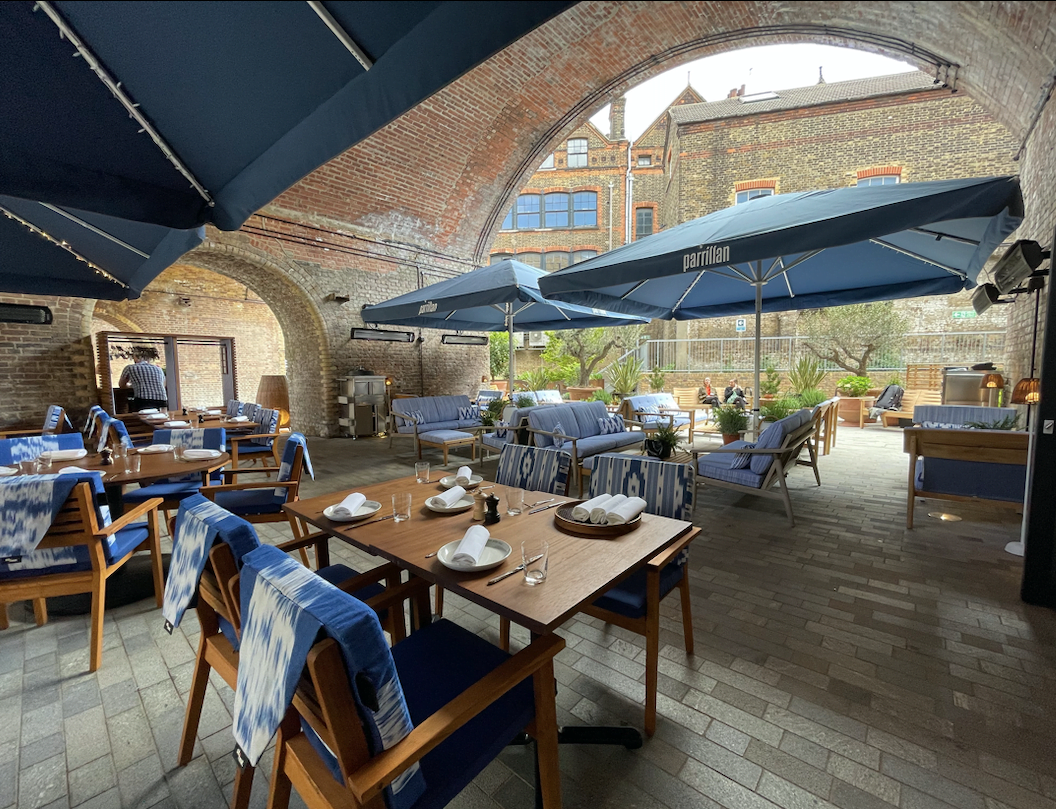 Somehow, a sliver of undeveloped land has still been identified in London Bridge, and this year it’s going to be unveiled as a kind of Coal Drops Yard 2.0, cramming in a slew of new shops and restaurants to the patch surrounding the revived railway arches. A new Brother Marcus has already opened, and now Parrillan has joined the mix, with a sherry-slinging Spanish bar from the same team coming soon…
Opened: 6th May
–

Laurels on the Roof | Shoreditch 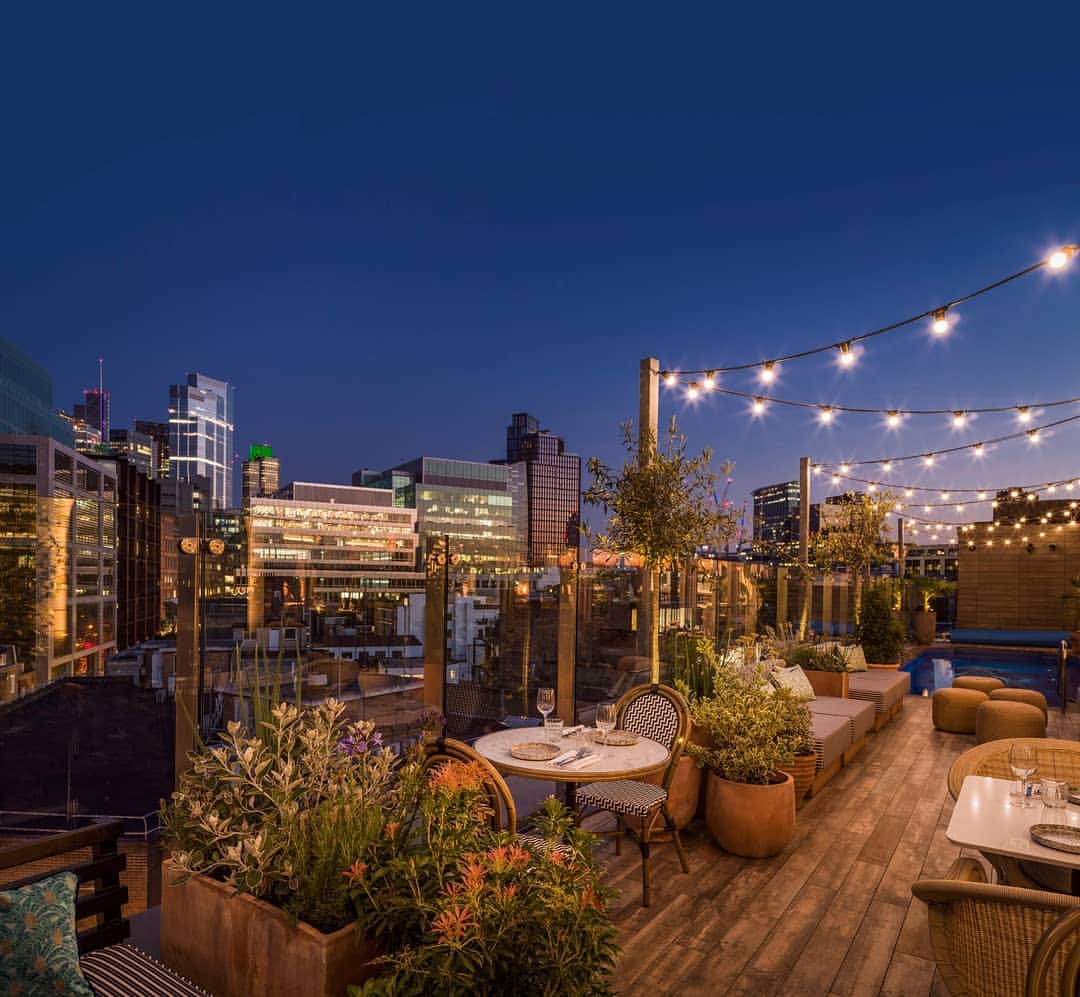 Remember this suave rooftop bar on top of the Curtain Hotel in Shoreditch? Probably not, because it used to be members-only. But now that the hotel’s been taken over by Mondrian, it’s reopened to the public as a laidback cocktail bar inspired by 70s California…
Opened: 5th May
– 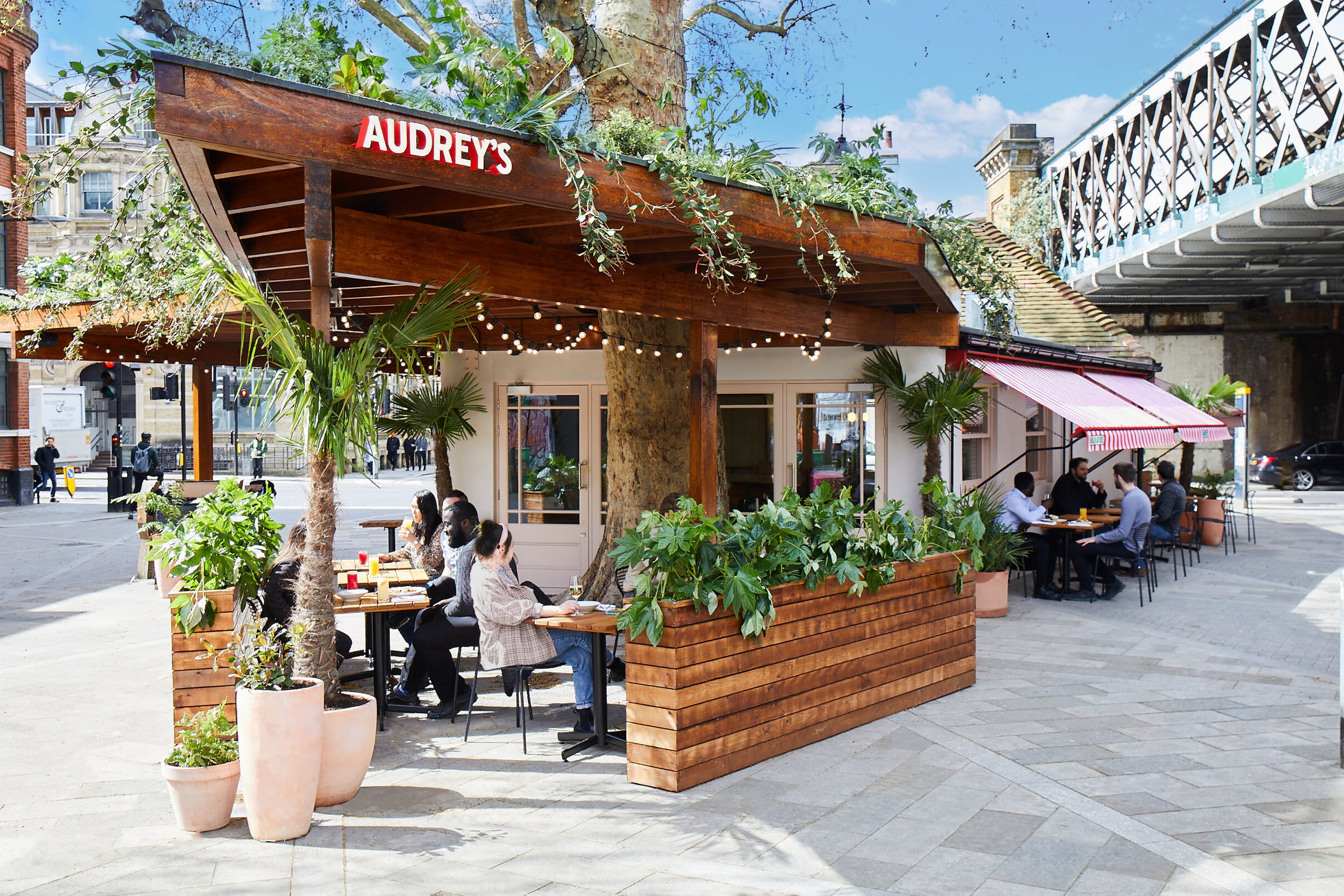 A cute all-day café in a converted Victorian public loo has come to Flat Iron Square, with a whole load of outdoor seating to kick back on and enjoy their sustainably produced menu, natural wines and cocktails…
Opened: 5th May
– 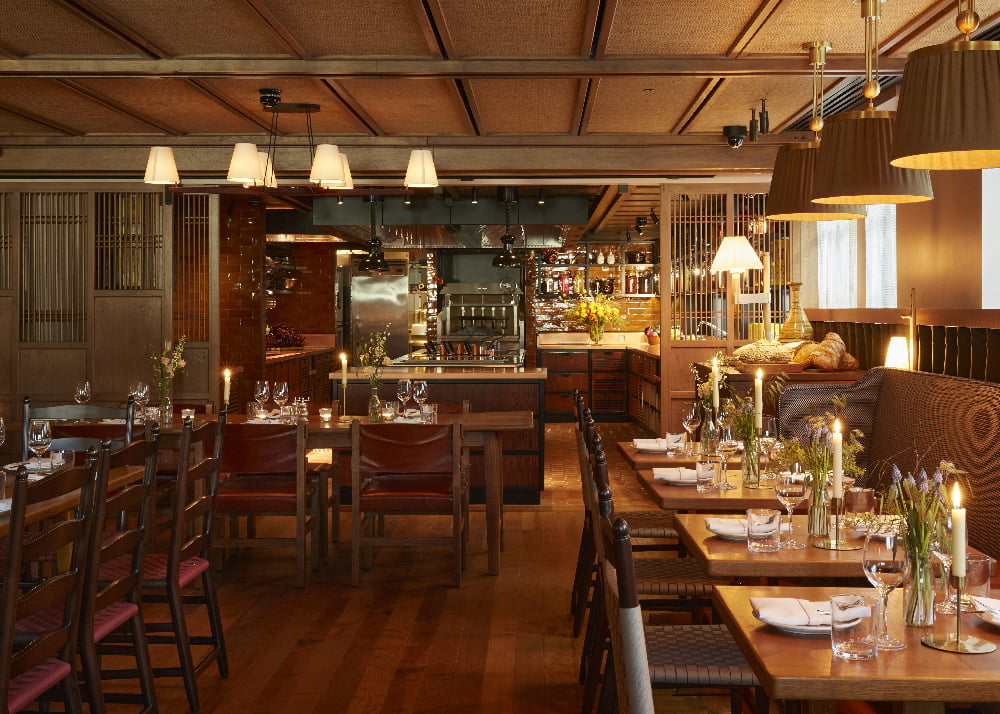 Camden’s legendary live music venue has back to life, and besides the stage (which has been graced by Charlie Chaplin, Madonna, and pretty much everyone in between), they’re also packing in a cocktail bar, a pizzeria, a mini live music bar aaaand a pretty swanky rooftop…
Opened: 28th April
–

East London just got an immersive cocktail experience themed after a Victorian-era police station – and it doesn’t take a detective to figure out which case you’ll be solving. It’s called H-Division, and it’s one of three different experiences that will eventually be packed into the two-floor Shoreditch Funhouse…
Opened: 29th April
– 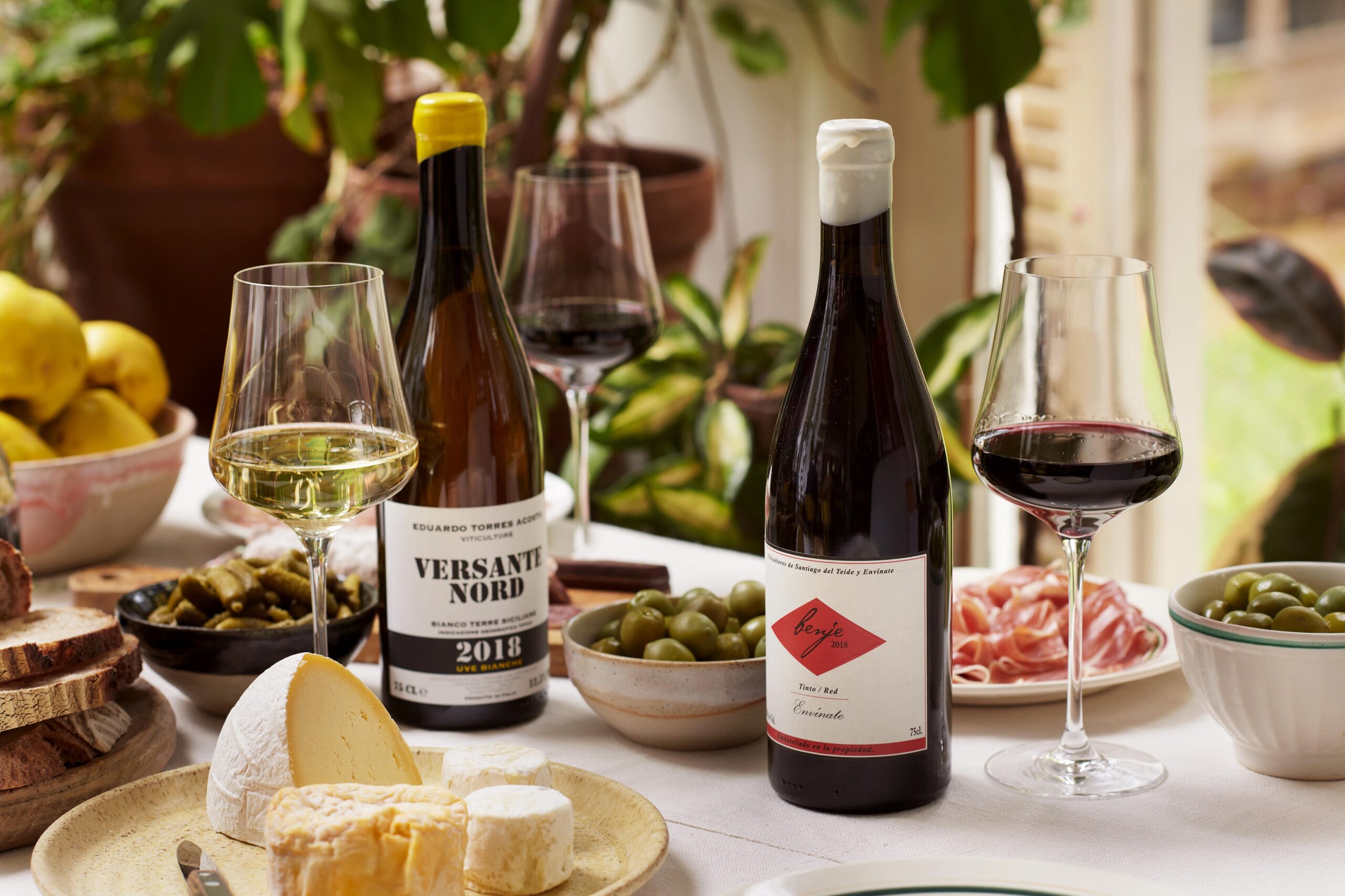 Hoping to fill the hole left by the much-missed Terroirs, The Sourcing Table is a new wine bar and bottle shop in Peckham. Focussing on approachable natural wines, they have over 400 bottles in stock – which are available to drink in for a flat corkage fee – as well as a rotating selection available by the glass. For ballast, there’s cheese and charcuterie boards put together with independent producers, and a whole programme of tastings and events lined up for the future, too…
Opened: 23rd April
– 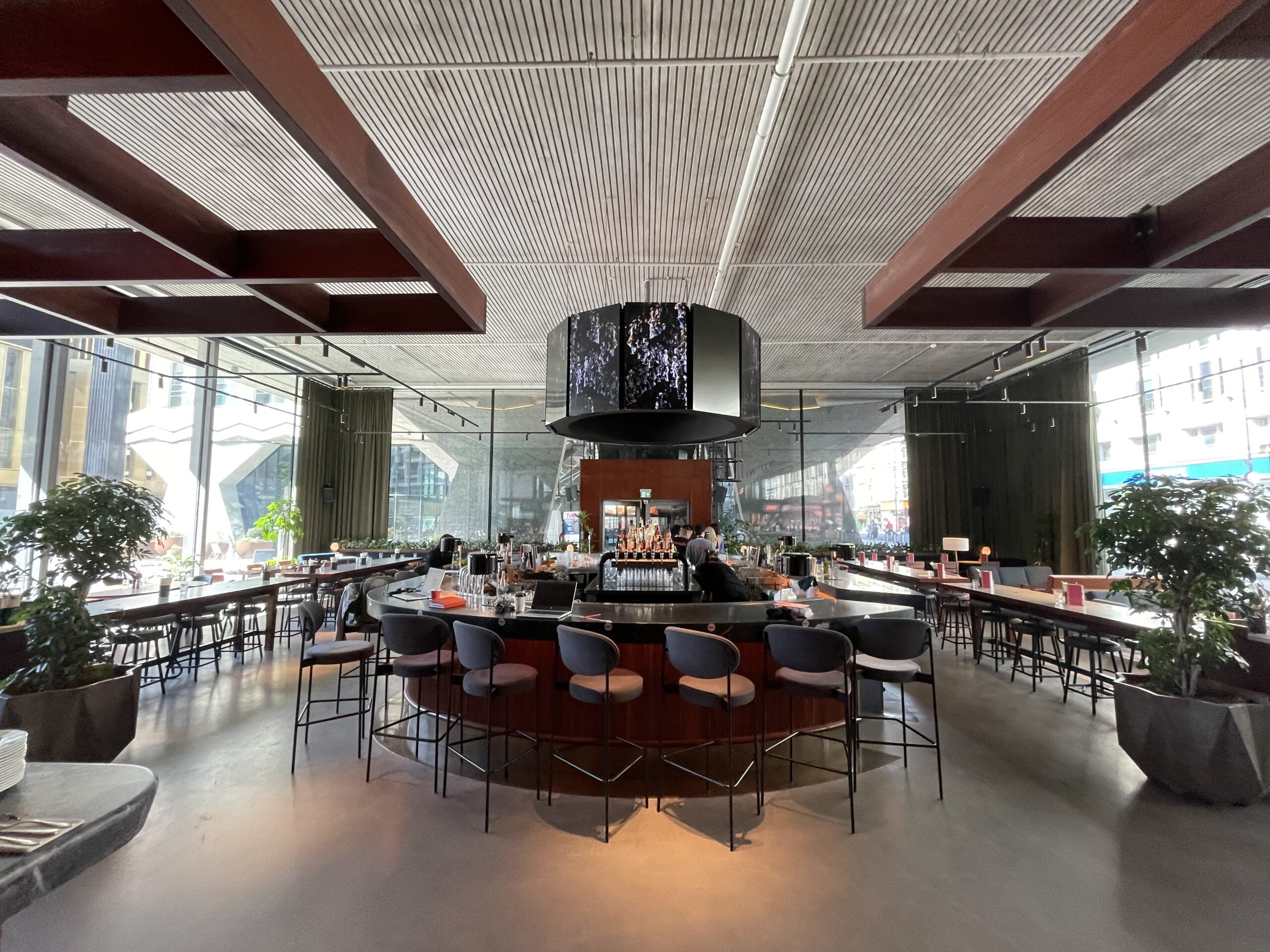 The JKS restaurant group already have restaurants like Gymkhana, Hoppers, and BAO under their belts, which is enough to know that they have a knack for this sort of thing. So it’s definitely good news that they’ve taken over the space formerly known at Arcade Food Theatre, and filled it with nine new vendors including a jelly emporium from mad scientists, Bompas & Parr…
Opened: 22nd April
– 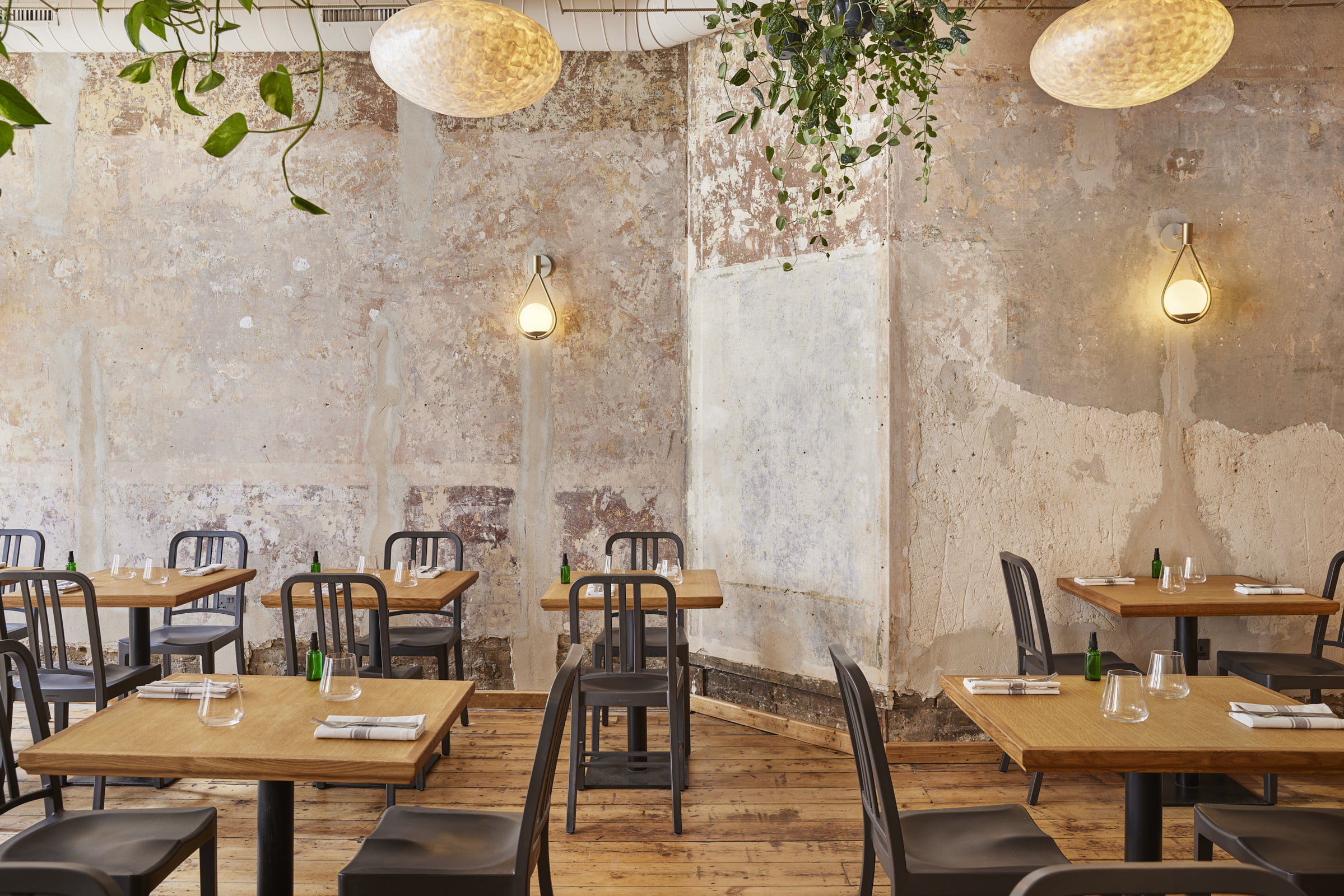 Chantelle Nicholson is one of those chefs who’s done so much, opened so many places, and won so many awards, she has her own Wikipedia page. In fact, the one thing she didn’t have was her own restaurant. Well, that’s all changed with the opening of Apricity, a Mayfair restaurant which is set to “pioneer the principles of a circular economy”. What does that mean? Well, in short, it’s a sustainable, zero-waste spot with a super-seasonal menu…
Opened: 12th April
– 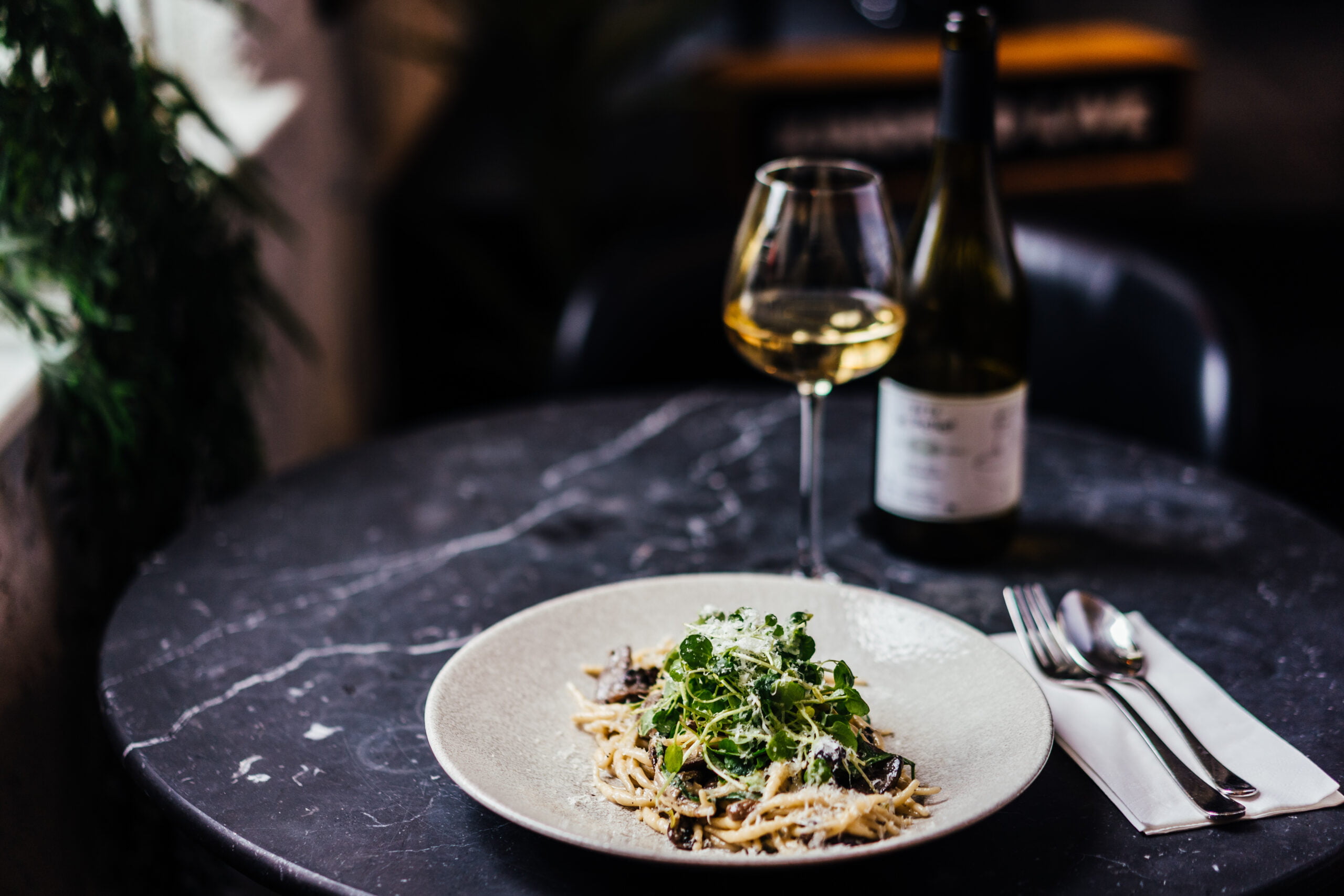 Andrew Clarke’s going from strength to strength. Fresh off the back of launching Acme Fire Cult, he’s also put together the menu at the new restaurant in Hammersmith members’ club Kindred. Thankfully open to all, it showcases some of his most mouthwatering ingredient combos in a cool, modern industrial space…
Opened: 12th April
– 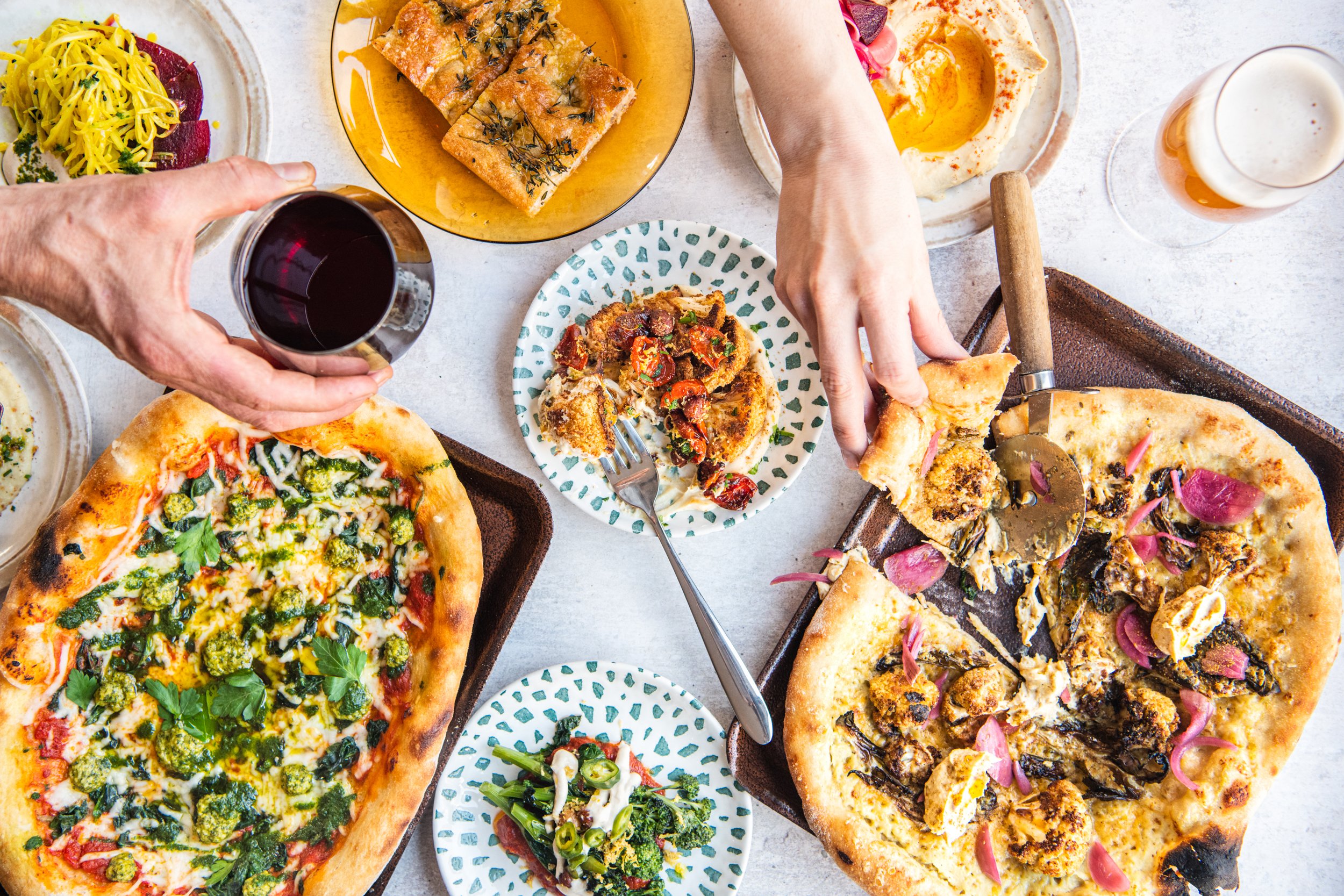 Hyper-veggie, hyper-sustainable, hyper-popular pizza spot Flat Earth clearly has plenty of believers – because after years of popping up, it’s finally put down roots in a permanent spot.
Opened: 12th April
– 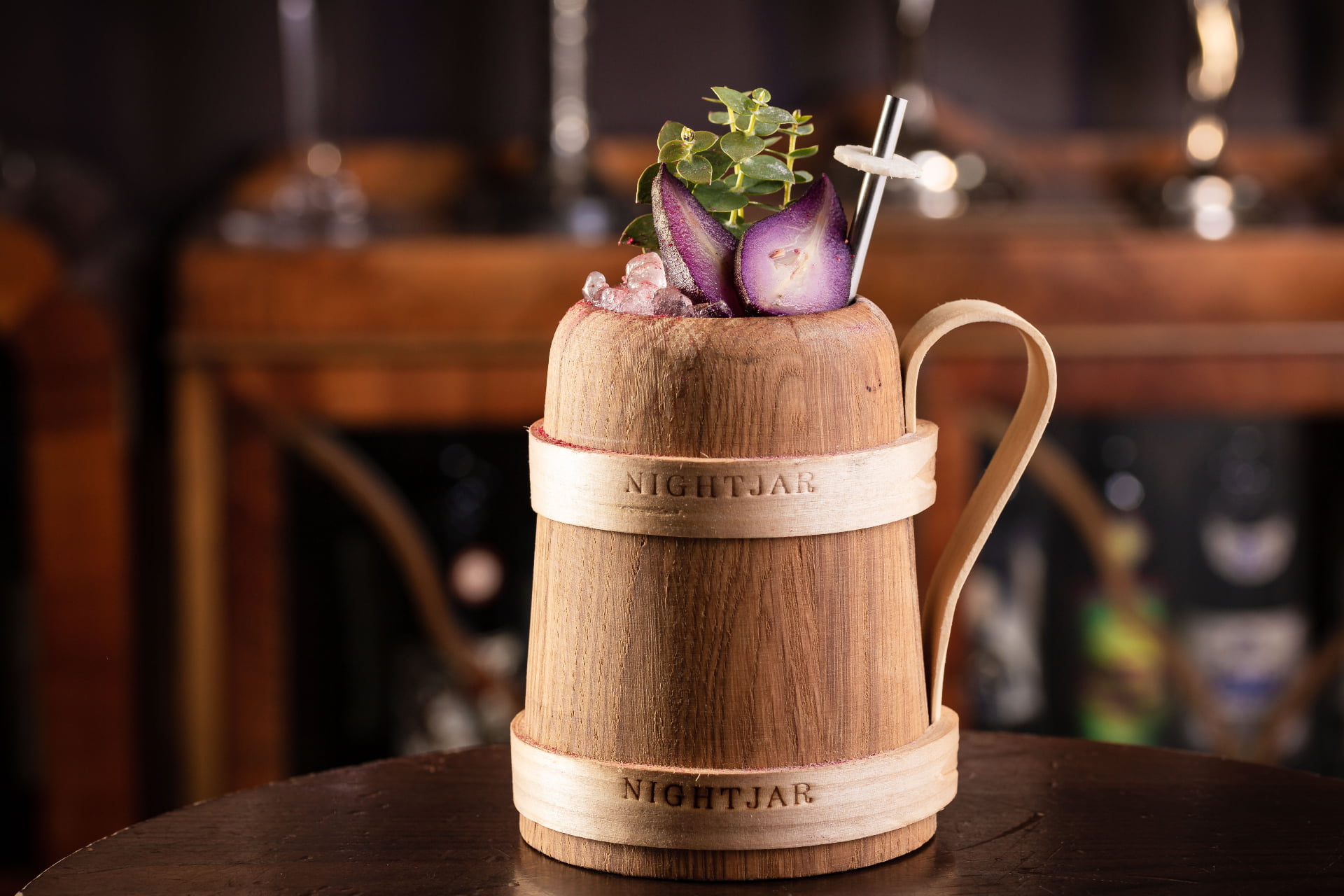 When Nightjar first opened ten years ago, their way of looking to the future of the London bar scene was by looking to its past. The cocktail bar took pains to recreate the thoroughly old fashioned, prohibition-era vibes of live music, vintage cocktails, and moody ’30s decor, and in doing so, basically invented the modern speakeasy. And now, at long last, they’re looking to the future – by opening a second branch.
Opened: 8th April
– 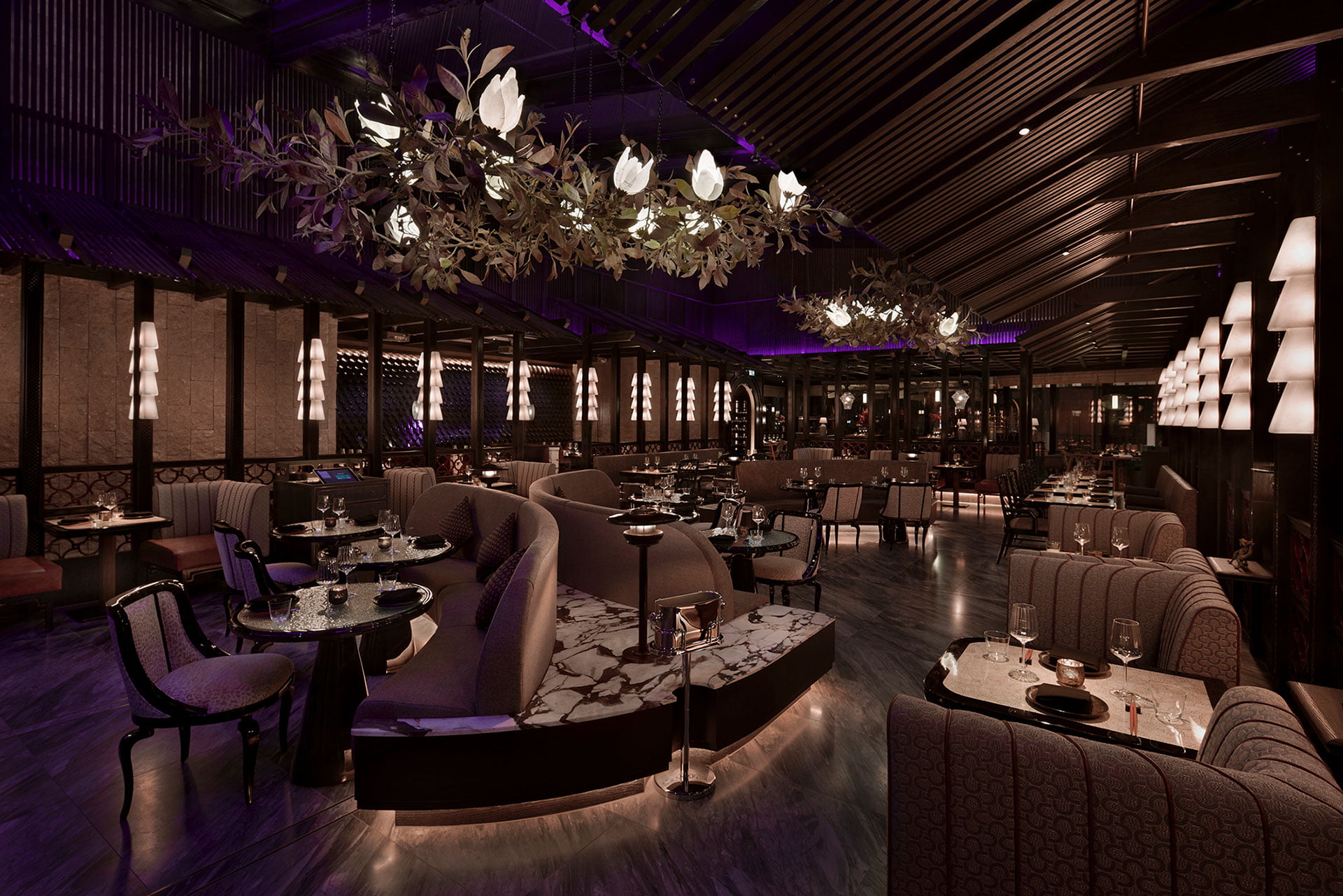 Known for its strikingly opulent interiors and inventive Chinese menu, the mini-empire that is Tattu has made its London debut. And it’s not just turning up anywhere – it’s crowning a brand new building with views across the city, and different rooms surrounding a central rooftop courtyard…
Opened: 8th April
– 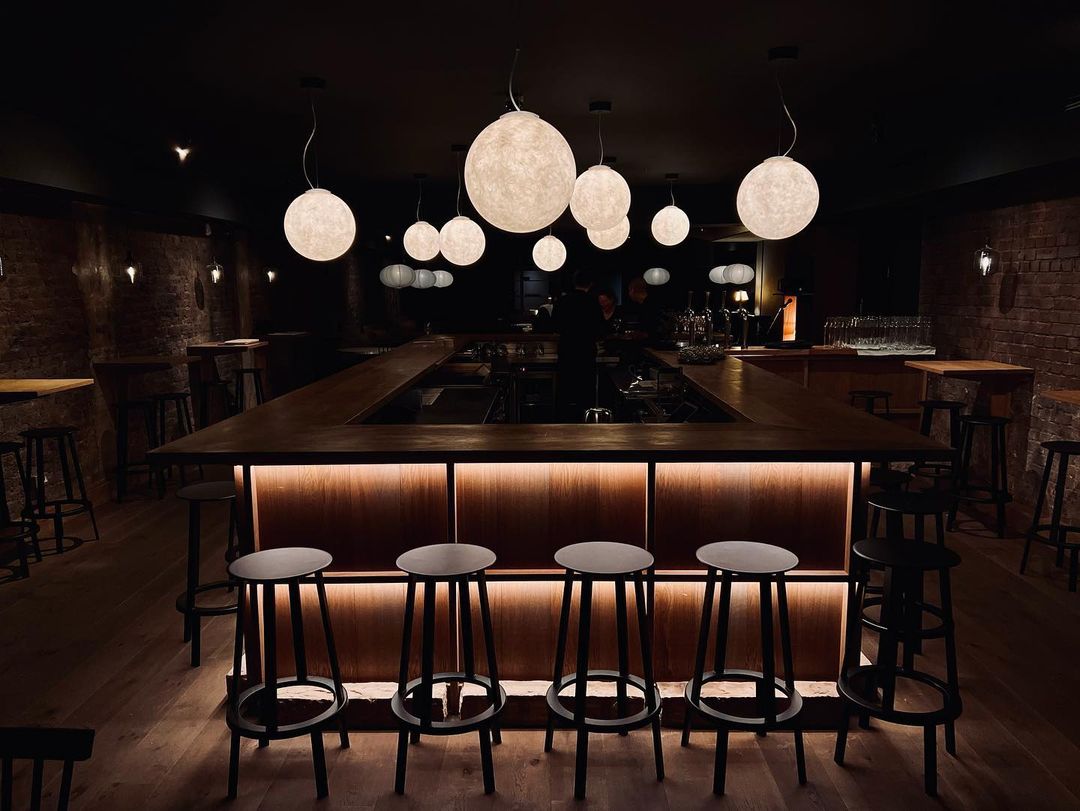 Brilliant Corners have got a new project round the er, corner. Right next to the flagship, it’s a bar stocked up with cocktails and natural wines, a little live fire cooking, and a lot of live music…
Opened: 6th April
– 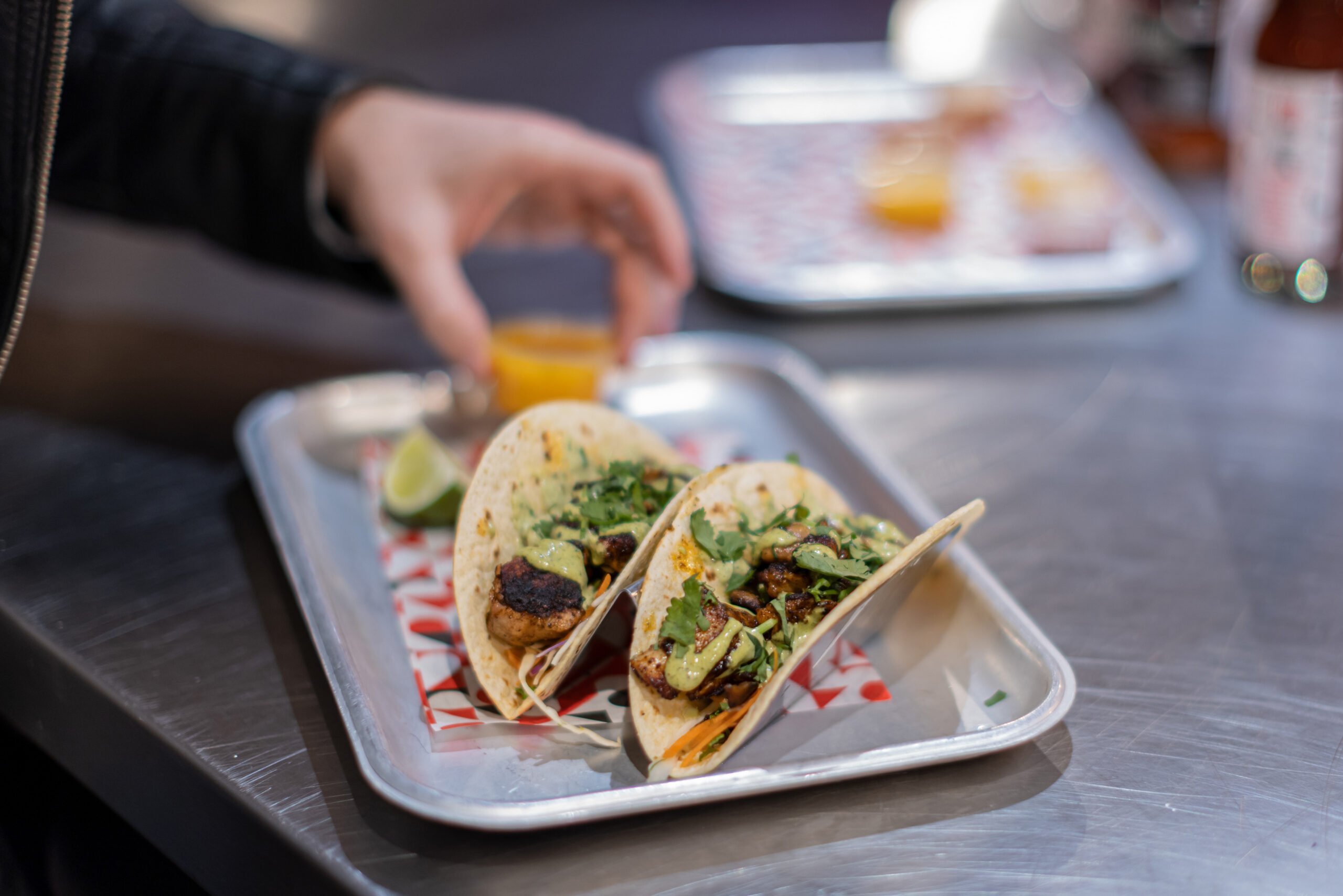 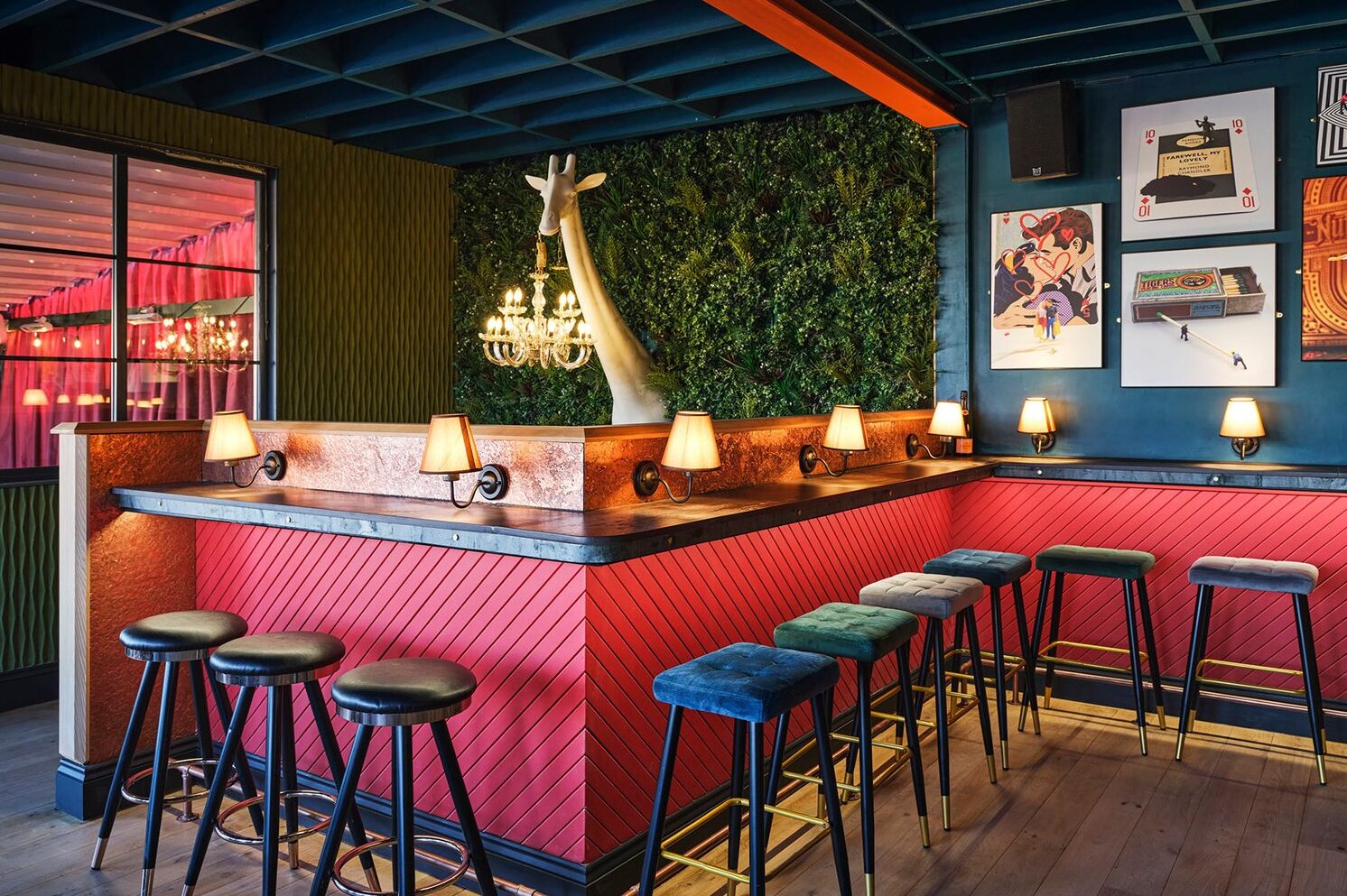 And, with places like The Corin around, it’s not entirely unjustified. Because apart from the fact that this South London bar has its own rooftop, it also has frequent live musicians who literally do blow their own trumpets…
Opened: 1st April
– 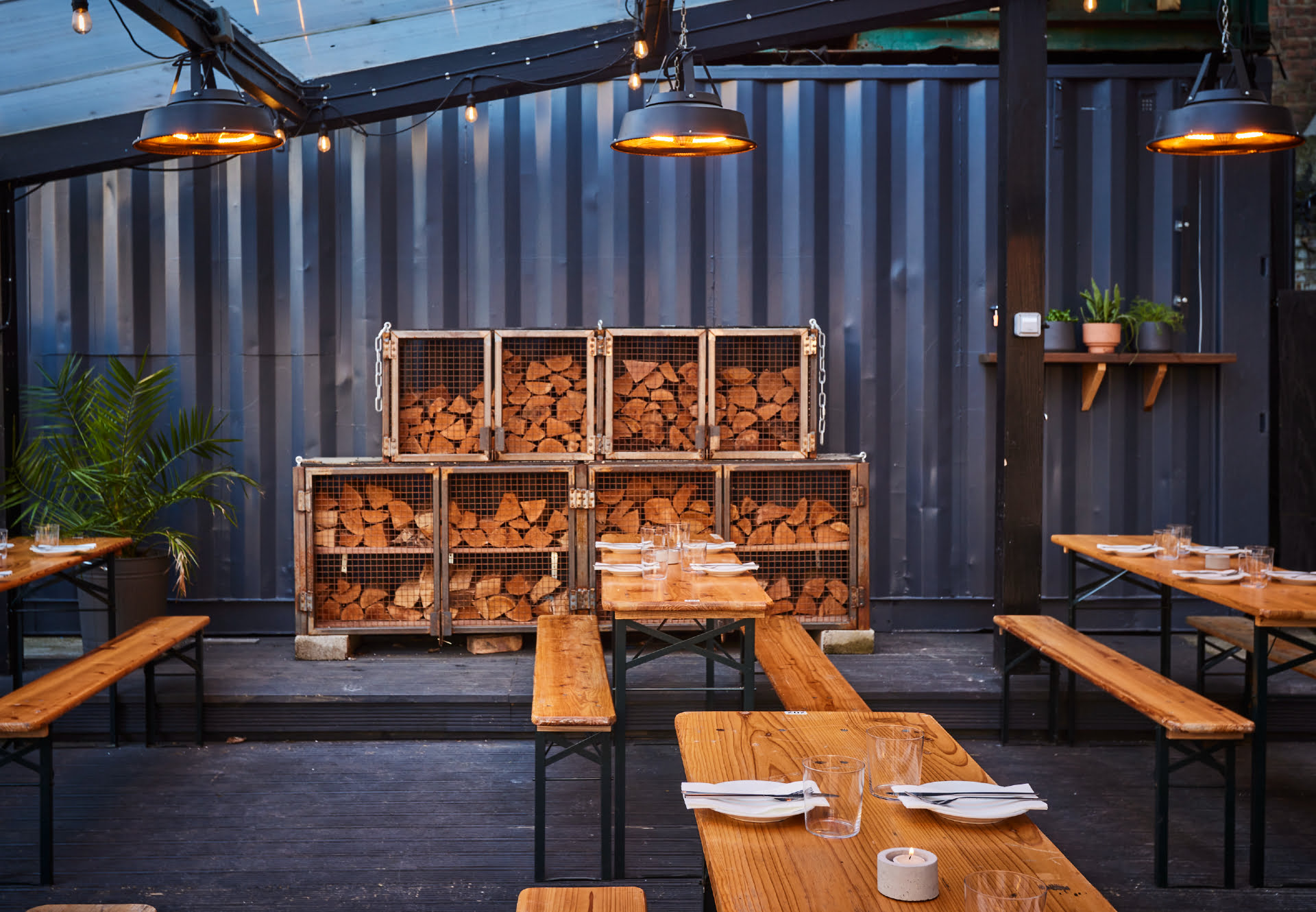 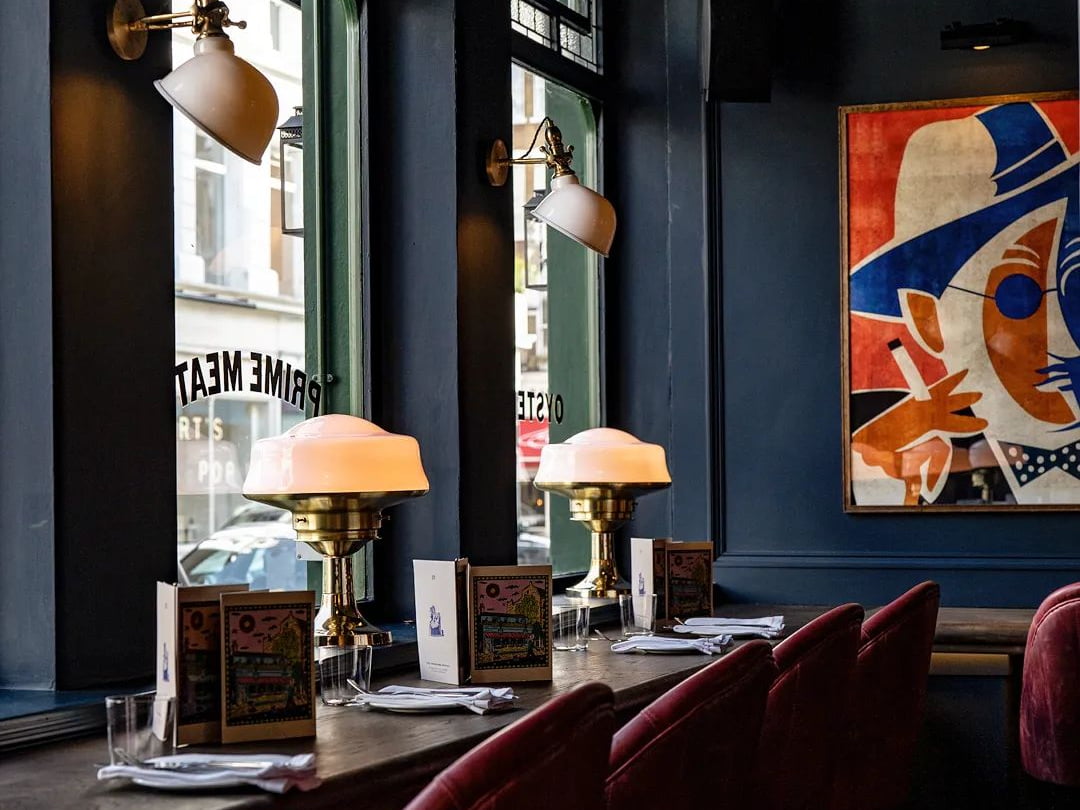 Ben Tish is the man behind the excellent Norma, as well as the culinary driving force behind places like The Stafford and The Salt Yard. And now he’s put together a Sicilian-influenced menu at the beautifully refurbished & reimagined gastropub The Princess Royal in Notting Hill…
Opened: 1st April
– 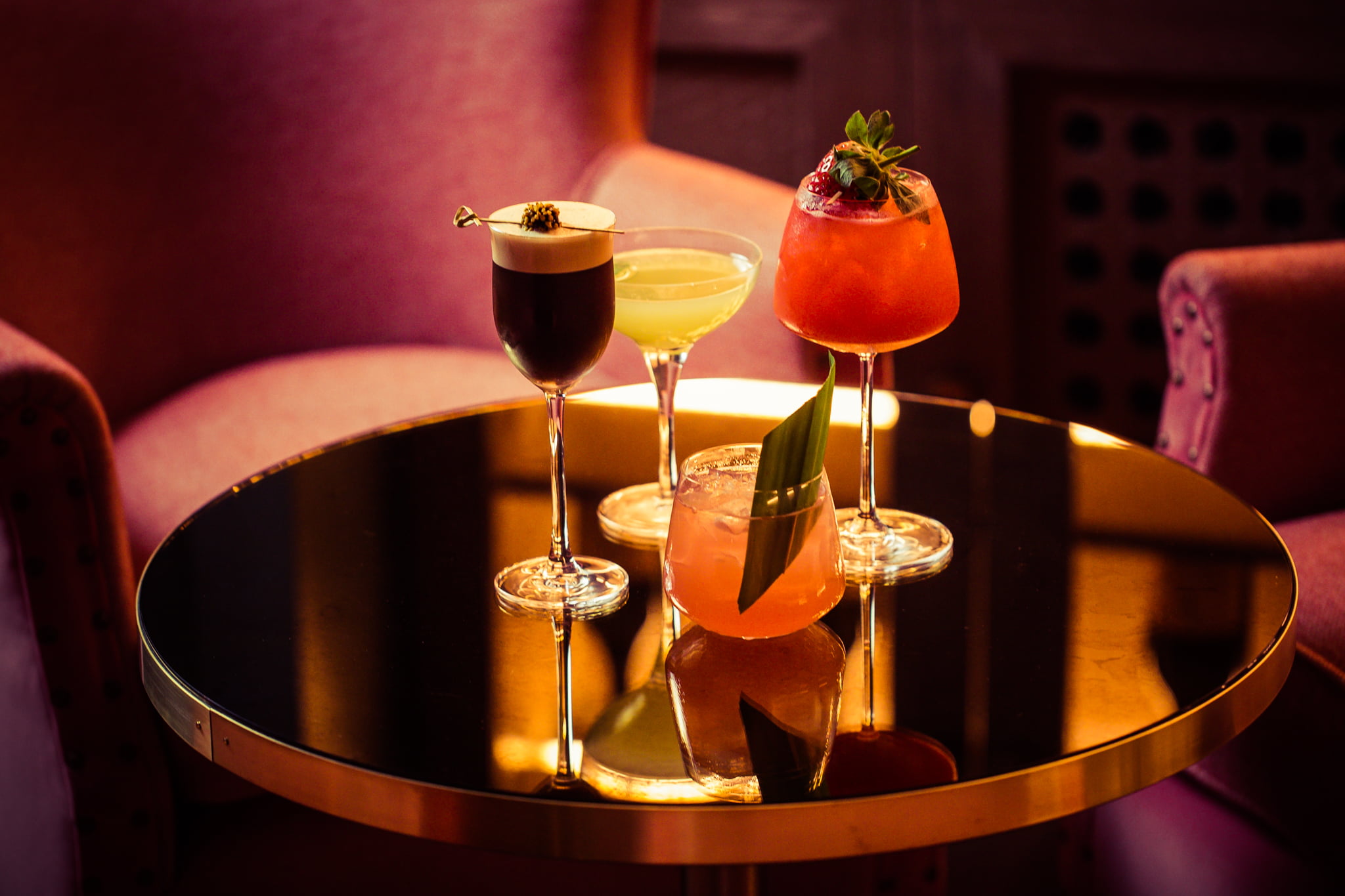 Looking for a campy, fun, jazz-hands-happy bar in West London where the waiters sing while bringing you a drink?

Prepare to get caught in The Act.

It’s a new joint in Notting Hill in which (much like Archer Street in Soho) the waiting staff will actually break into song spontaneously as they serve up the cocktails…
Opened: 31st March
– 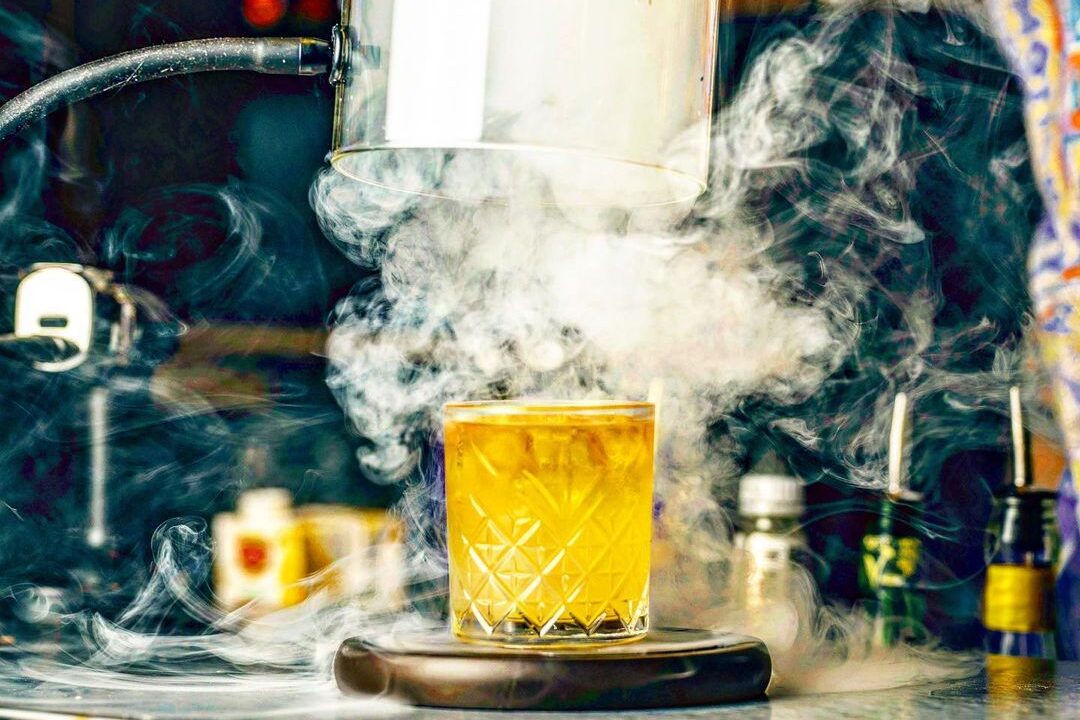 Having hauled their cocktail-shaking camper van the length and breadth of the country to festivals, weddings, and everything in between, Beetle Juice have finally parked up, sliced the thing in half and set up a very permanent library of booze bottles behind it…
Opened: 24th March
– 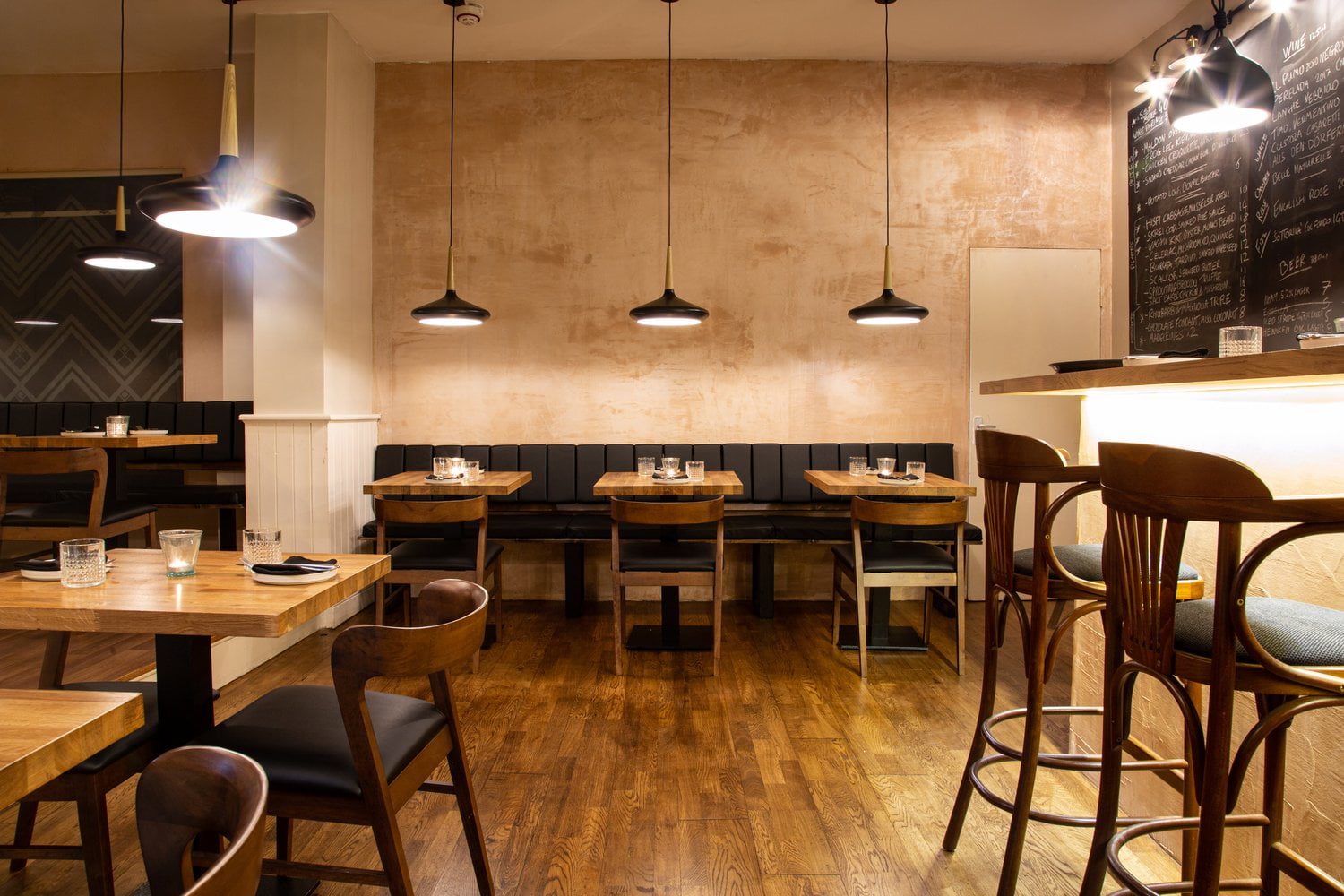 Rogues is the kind of operation that inspires people to get into hospitality.

From its intimate atmosphere, to the warmth of the team, to the clear passion that goes into every dish, it’s clear that this is an operation born out of the sheer love of restaurants. And with two former chefs of the Michelin-starred Galvin La Chapelle at the helm, you’re going to love it too.
Opened: 22nd March
– 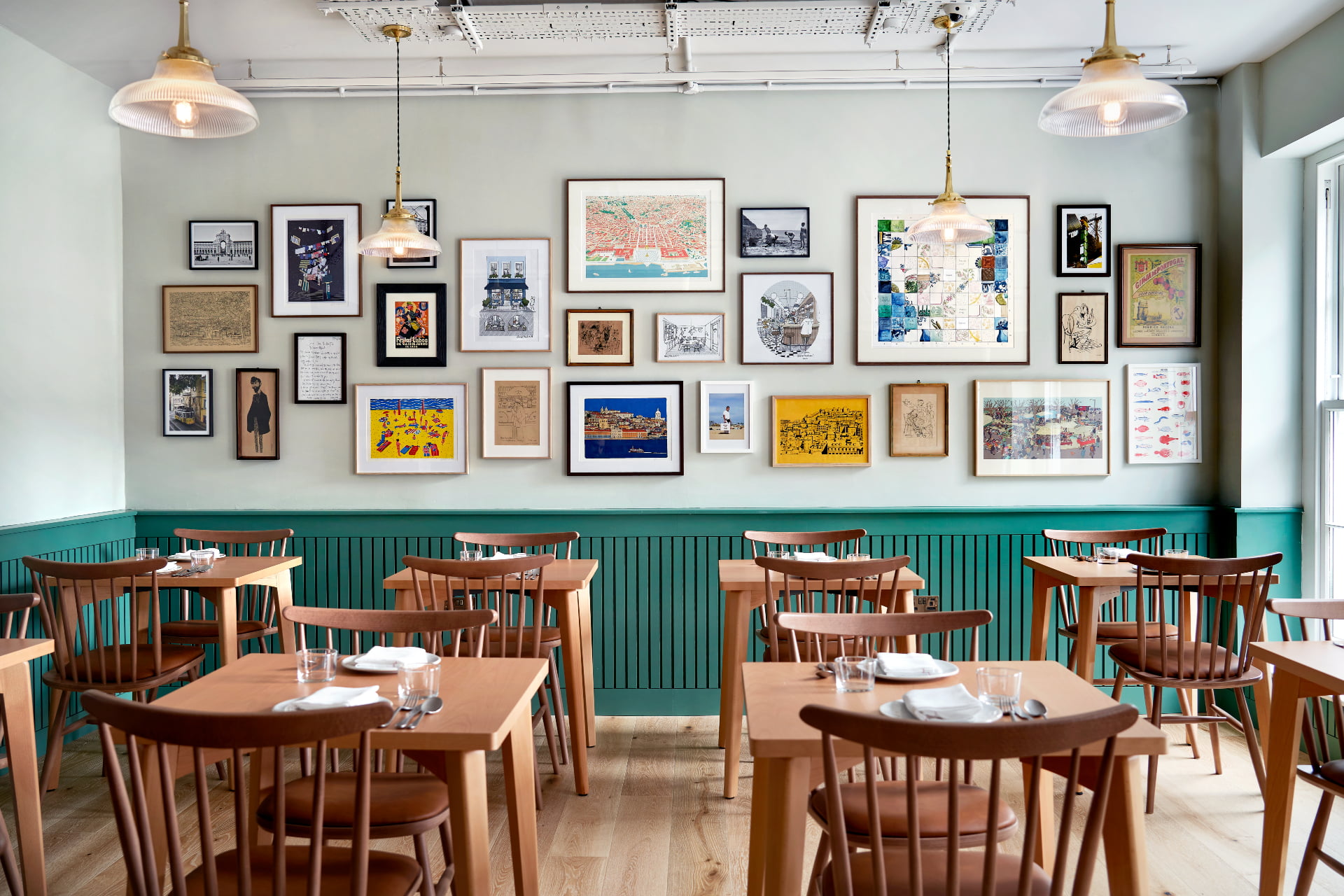 Nuno Mendes has done a lot for the London dining scene.

From the highly innovative Loft Project, to the Michelin Starred Viajante, to the celebrity magnet Chiltern Firehouse, to the also Michelin Starred Mãos, his kitchens have been the training grounds for half of the great chefs working in half the great restaurants in the city today. And now he’s back with another project…
Opened: 21st March
– Upstairs at The George | Fitzrovia 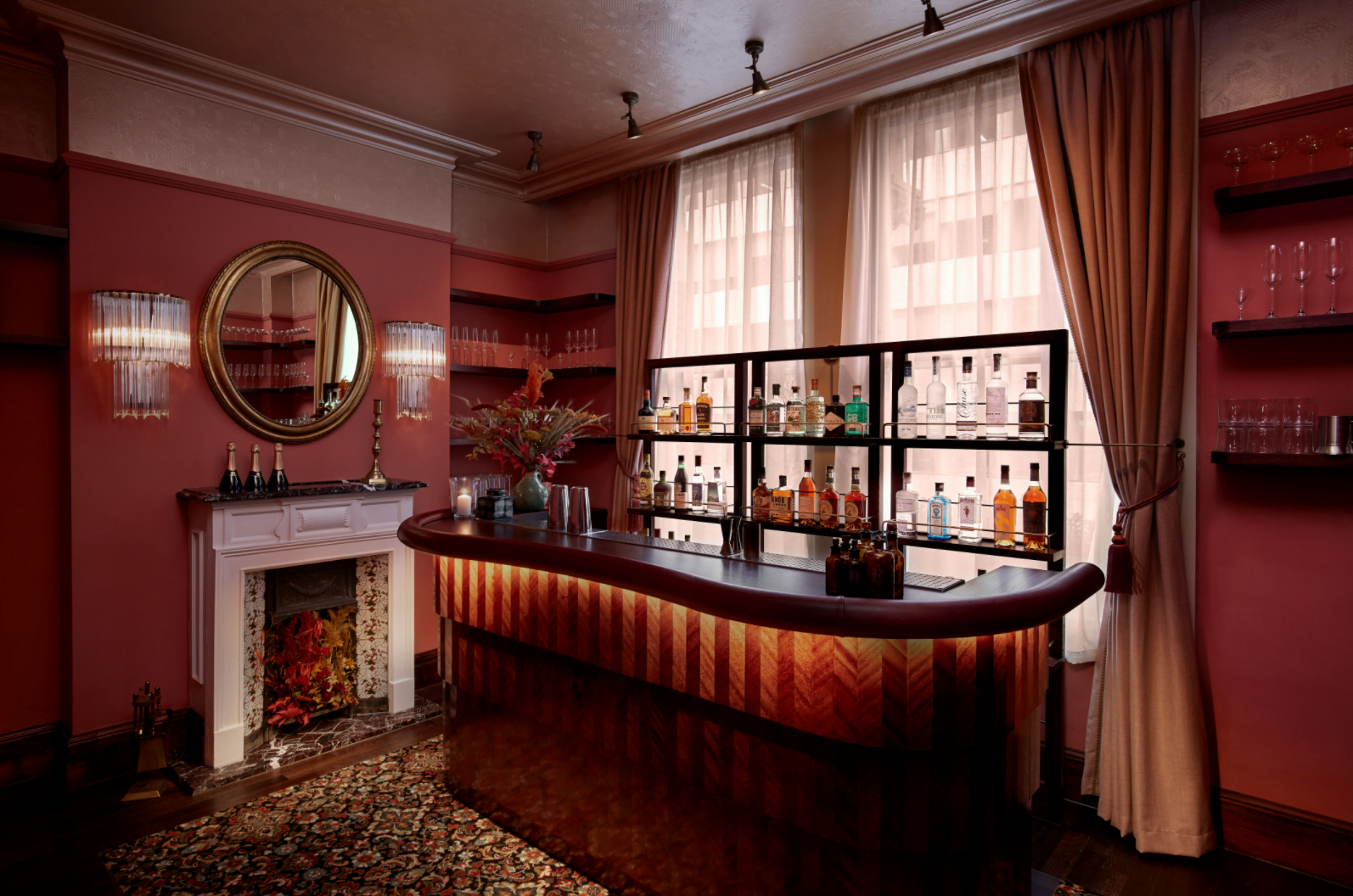 Last year, the people behind some of London’s finest institutions – Gymkhana, BAO, Lyle’s, etc. – opened a pub. And now, above that pub, they’ve unveiled a suite of jaw-droppingly elegant rooms including a private room, a cocktail snug, and a dining room where James Knappett – founder of the double Michelin-starred Kitchen Table – is cooking up a storm.
Opened: 15th March
– 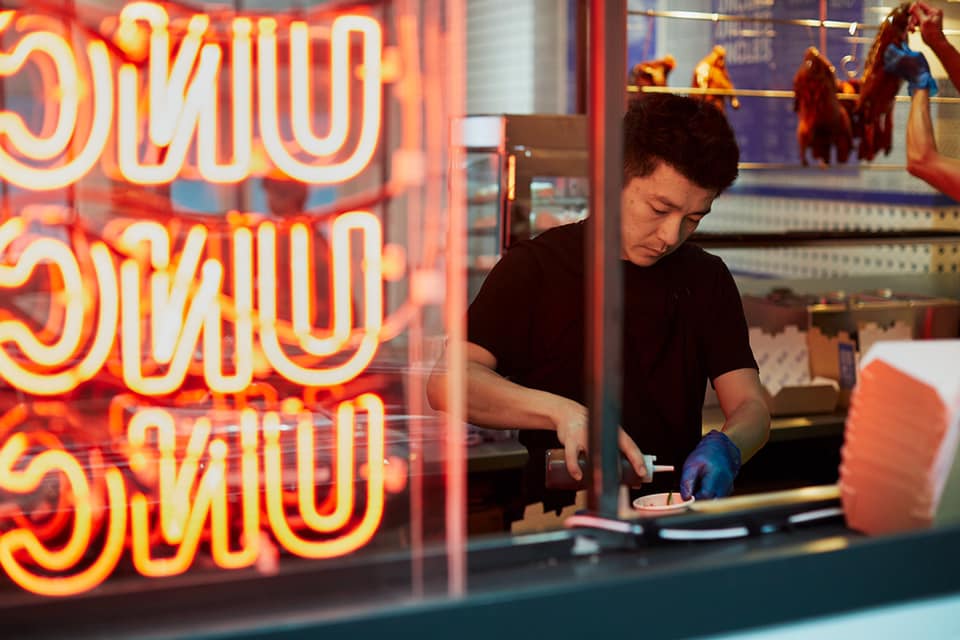 The Three Uncles family has expanded. The smash-hit Cantonese takeout hatch has put down real permanent roots down in Brixton, where you can score the char siu barbecue pork, siu yuk crispy pork belly, and the hearty roast duck they’re known for, in cosy, intimate surrounds…
Opened: 14th March
– 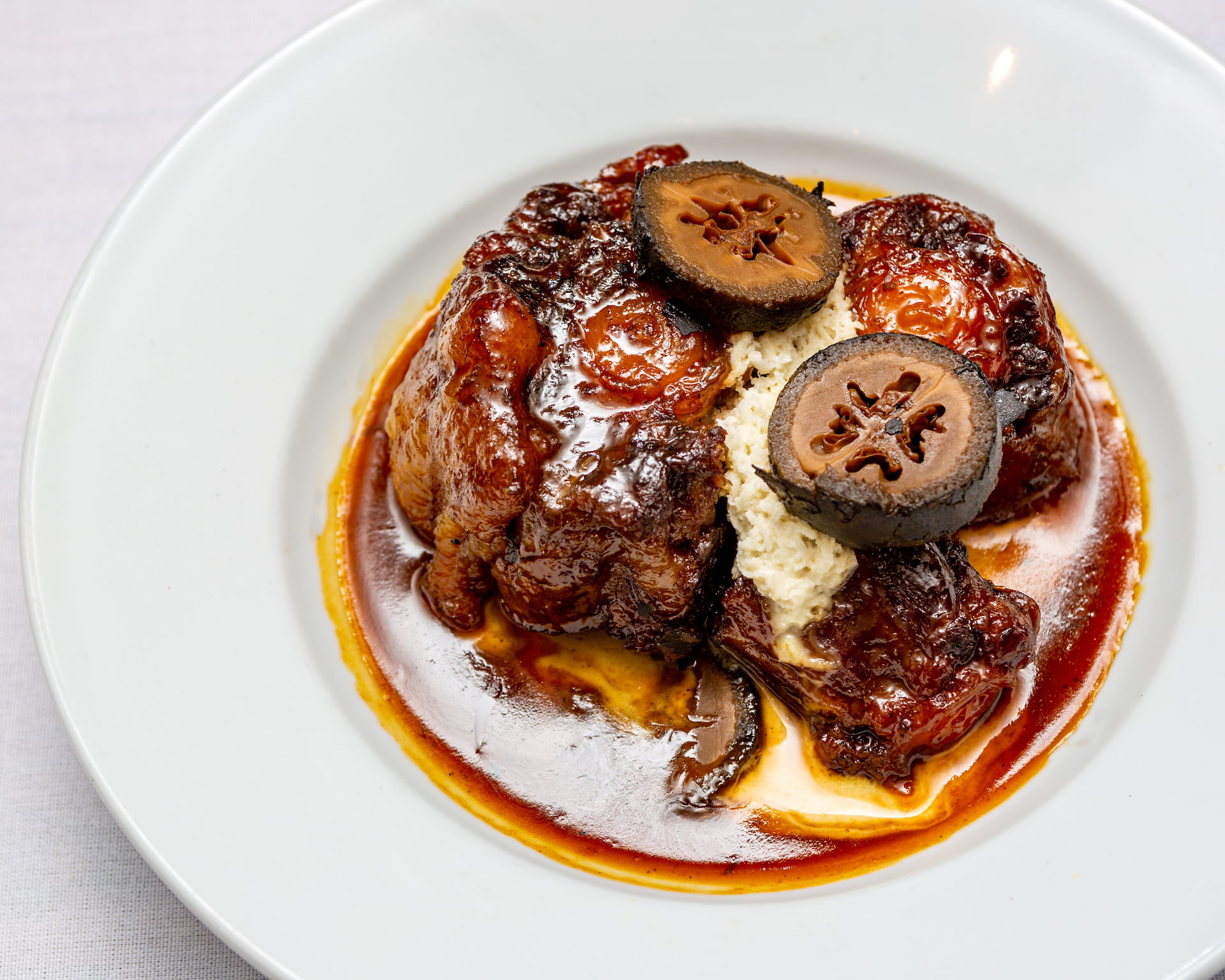 Caravel is named after a kind of 15th century Spanish ship. And considering it’s set on an old barge on Regent’s Canal, it’s a pretty fitting name. But that’s where the similarities end, because this ship also has Fin & Lorcan Spiteri on board, who are ready to lavish you with hearty European-inspired dishes, old-school puds and classic cocktails…
Opened: 10th March
– 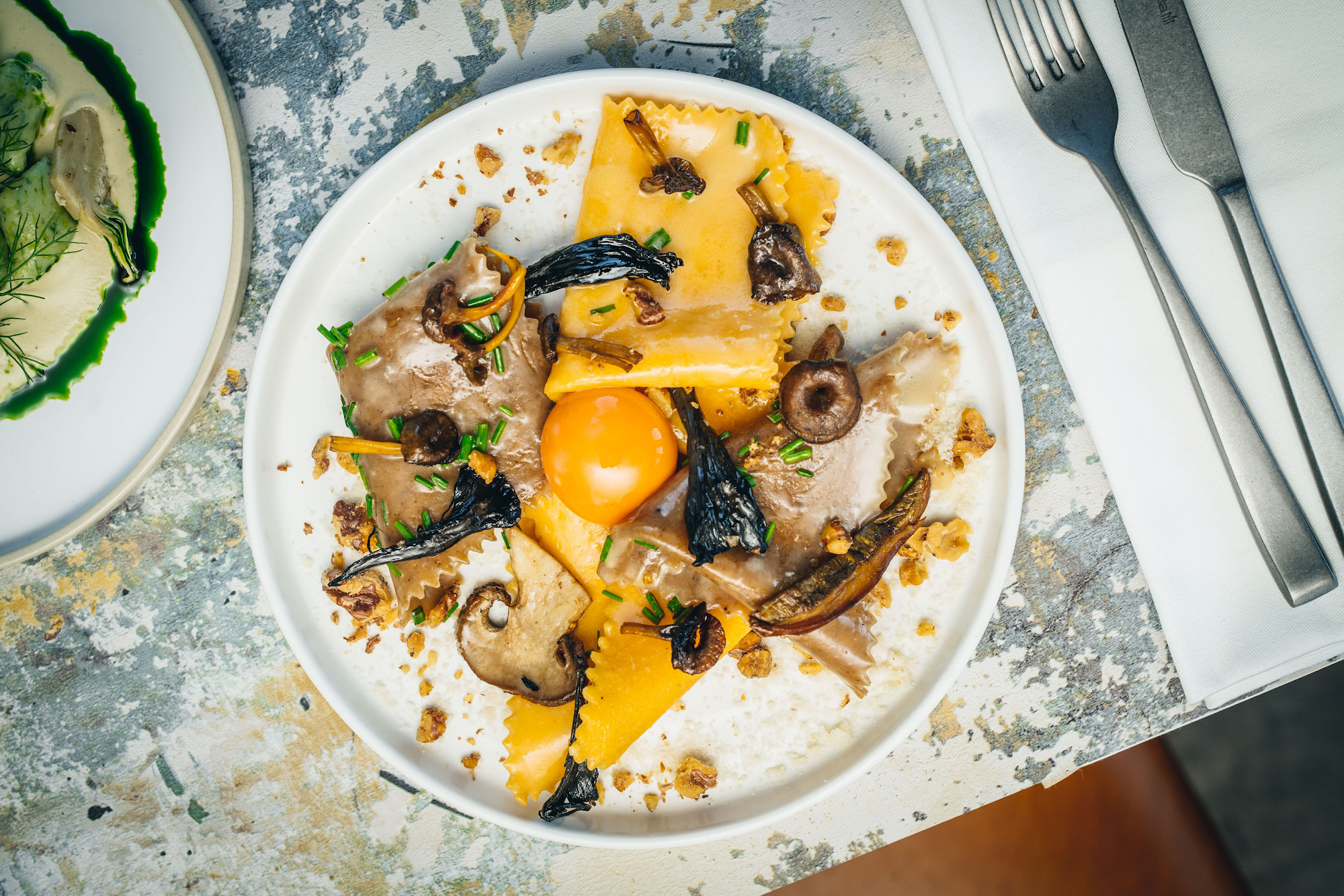 Angel just got its first fresh pasta restaurant – it’s called Noci, and it’s the work of chef Louis Korovilas, whose carby CV is almost unrivalled – he was taught by Giorgio Locatelli himself, before becoming head chef at the excellent Bancone, and the equally lovely pasta palace, Tavolino…
Opened: 11th March
– 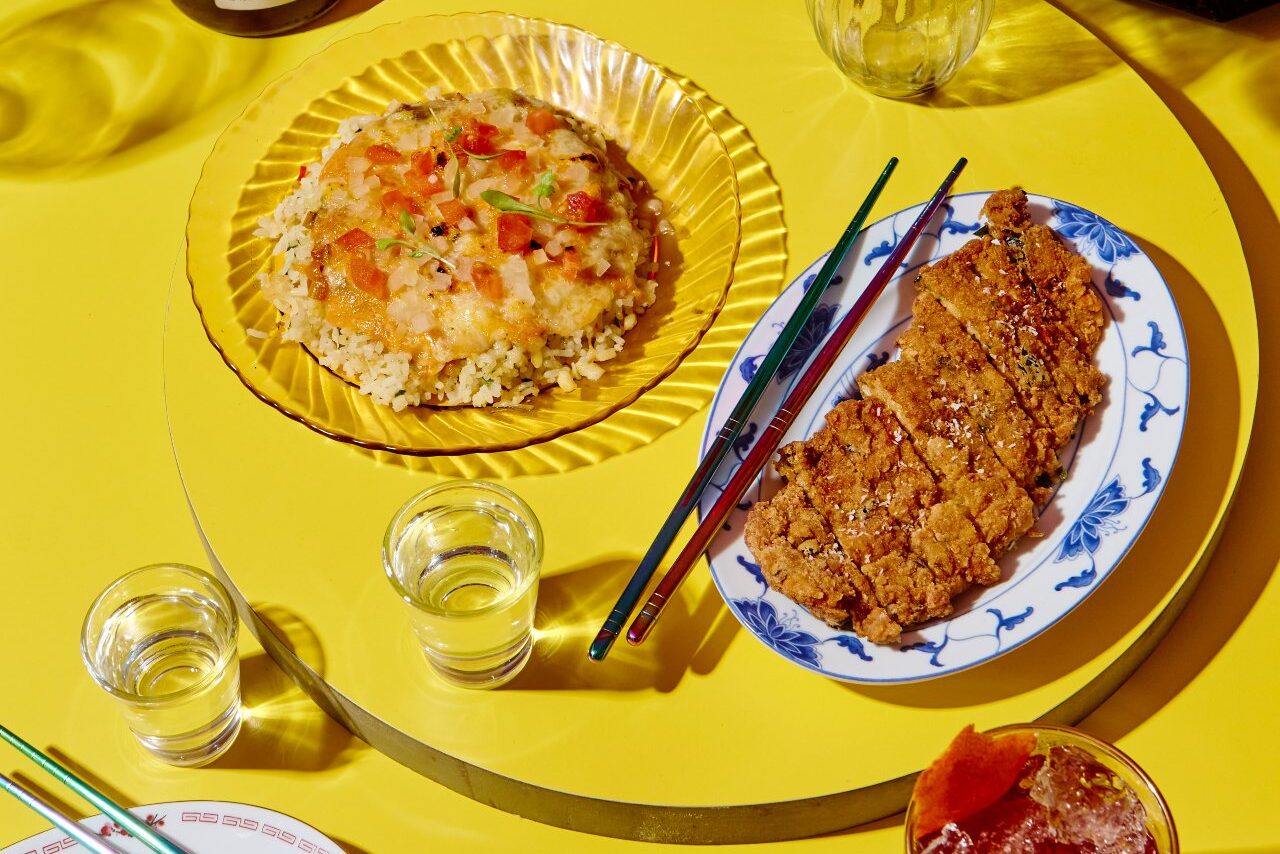 Mao Chow has become Facing Heaven… which is a good thing, because you can now look forward to a globe-trotting menu of vegan dishes combining influences from Portugal, to Puerto Rico, to China’s Shaanxi province…
Opened: 11th March