The Best Pubs in Kings Cross | The Nudge London

The Best Pubs in Kings Cross

The best pubs in Kings Cross

And there’s probably no better place than one of the finer pubs encircling north London’s international rail station. And these are the best of the bunch… 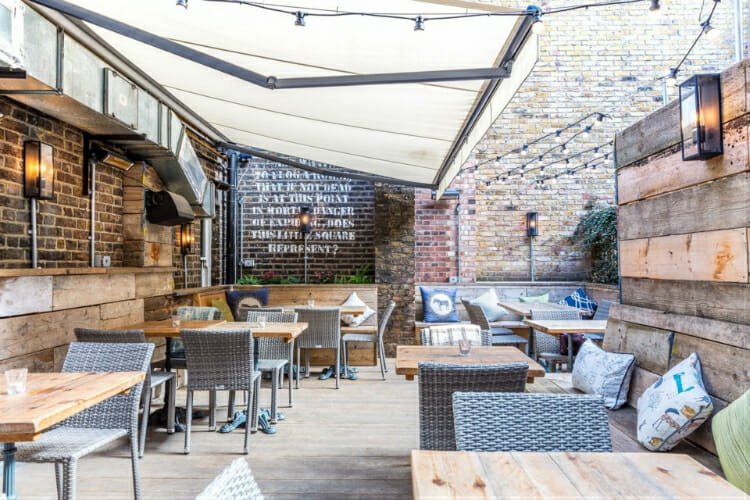 On the corner of Caledonia Street and York Way, and literally next door to King’s Cross station is this multipurpose gastropub, which seems to suit any occasion: there’s a pub/restaurant on the ground floor with a food menu that caters for both snacking and midweek dining (think cornflake chicken wings for one or for the tabl;, beef chilli with homemade tortillas; and Flat Iron steak with chips, rocket & peppercorn sauce, etc.). On the second floor is a cocktail bar, and above that there’s a roof terrace for the warmer months. 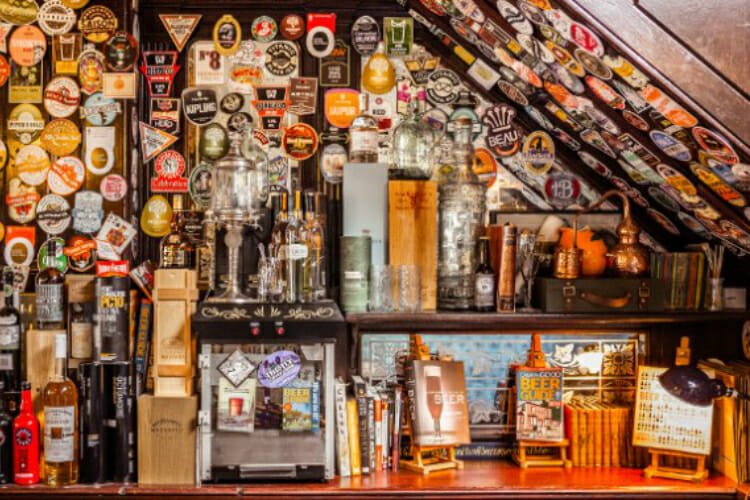 The Queen’s Head is where the old meets the new. A tiny, traditional Victorian pub meets the modern beer scene. Owned by the same group who own craft cathedral Mother Kelly’s, expect an eclectic selection of brews from the UK and beyond that rotates seasonally. Also featured is a long whiskey selection, complete with flavour notes so that you don’t get any peaty or smoky surprises. 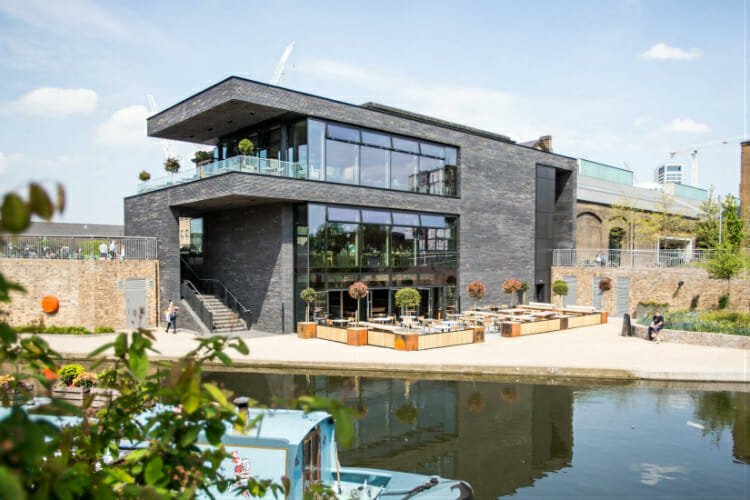 Part of the impressive Granary Square, The Lighterman is the sleekest and bougiest place on the list. It’s more ‘gastro’ than ‘pub’. In fact, the three storey, open plan Art Deco dining room is not at all reminiscent of a pub, except for the bar at one end. The focus is on food, and you can expect upmarket British plates such as a 45-day dry-aged Dexter beef burger or yellowfin tuna steak. Panoramic views over Granary Square, and a canal side outdoor area make this the most picturesque choice. 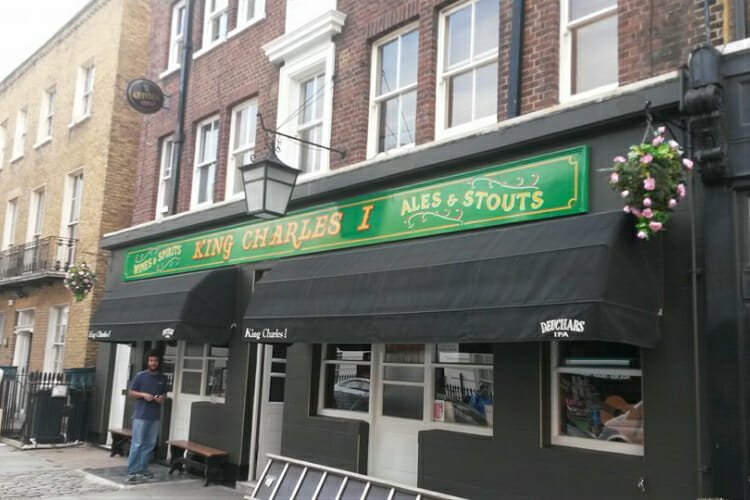 King Charles I is known by the locals as “the craic house”. Tucked away on Northdown Street, this pint-sized pub is cosy and friendly. Taxidermy adorned walls give it an eccentricity, but the wooden panelled bar and smell of booze and crisps refocus its authentic feel. An open fire contributes to the atmosphere (and the temperature in the winter months) and while they don’t have a food menu, the generous staff let you order in from the outside world. 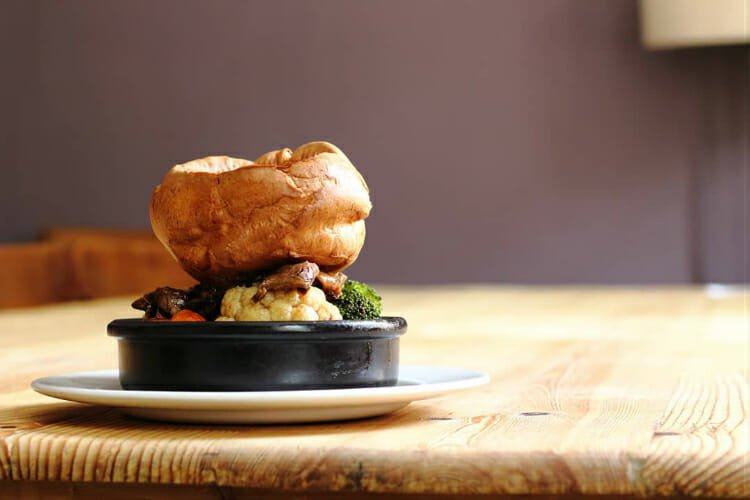 Slightly off the beaten track, The Norfolk Arms entices with cured Jambon legs hanging in the window.  With a daily menu of British food (Lyme Bay crab, roasted mackerel, or pan fried goats cheese) and a separate, changing tapas menu there is plenty of variety depending on whether you’re looking for a midweek dinner or a snack, pre journey home. A good wine selection, several beers on tap and Victorian high ceilings keep this place firmly in the pub sector, despite the food heavy influence.

The Star of Kings 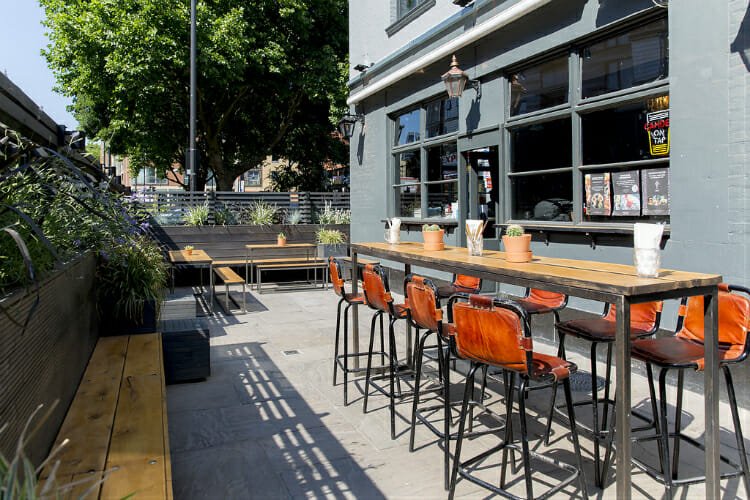 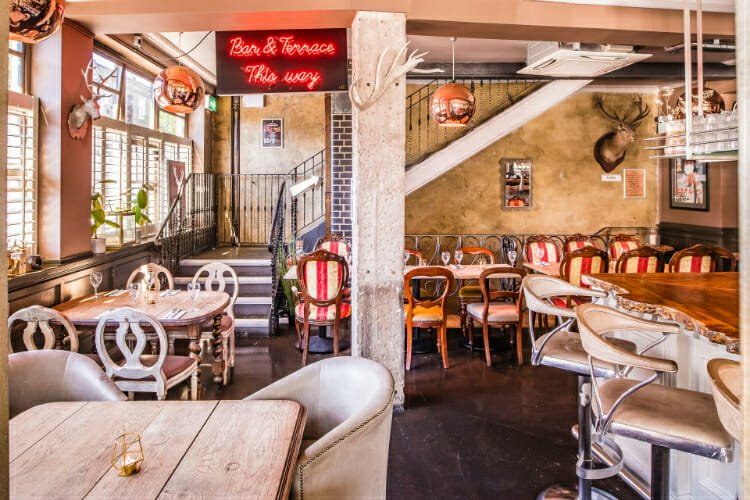 Weighing in as the biggest pub on the list, The Driver (named after cattle drovers who used to shepherd cattle down Caledonian Road to Smithfields Market) has a whopping five floors, each of which has been kitted out with its own individual boutique design. On the ground floor is the main pub which serves craft beers and Mediterranean food (grilled chorizo salad, lamb steak with fennel; and courgette and prawn risotto); above that is another, smaller bar, then a saloon, a penthouse and a roof terrace, all of which can be hired for private events. 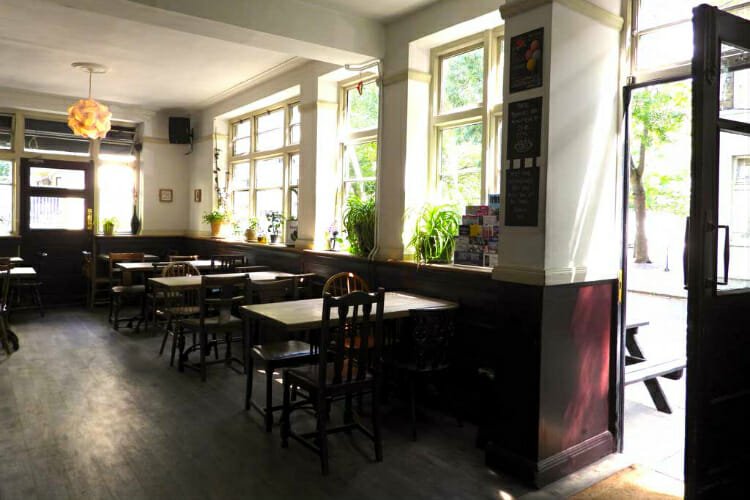 If live events are what you want, The Harrison is the spot. As well as the pub and restaurant serving classic pub grub including a burger, a three bean stew and a Ribeye, they also have a basement venue that hosts gigs (mainly musical, but sometimes comedy or poetry) three or four times a week. And if you really can’t bare the schlep home – it’s also an independent hotel.

Looking for somewhere to have dinner in the area? Check out Coal Office…

The Best Pubs in Kings Cross