Looking for the best winter lights displays in town this season, all of which are available to book right now, and many of which involve a spectrums-worth of LEDs, lasers, strobes, floodlights, holograms, interactive displays, and other such modern wizardry?

Allow us to illuminate you… 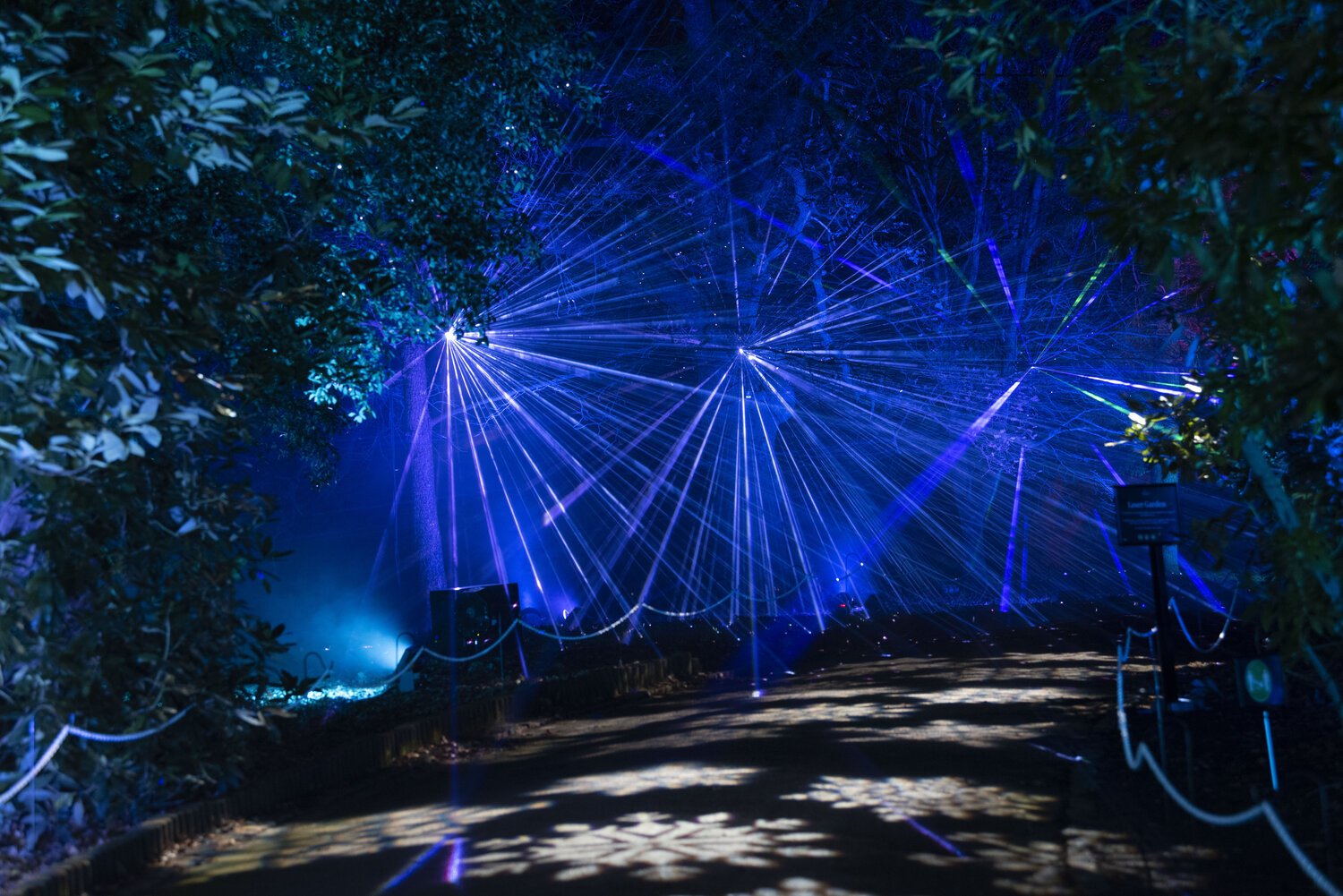 Completely new for this year, Christmas at Kenwood is ambitious, to say the least. Instead of taking things slow and starting with some glowsticks and a lava lamp, they’ve decided instead to create a 1.5km trail around the grounds of Kenwood House, then load it up with illuminated animal sculptures, fire gardens, light tunnels, flame sculptures, and something called a ‘laser garden’. READ MORE 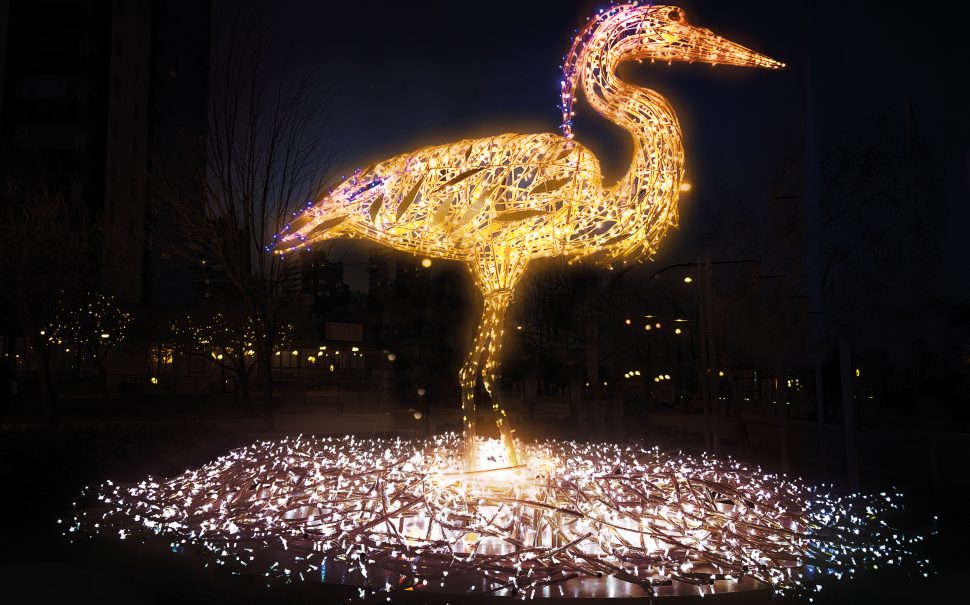 Also new for this year, Illuminature is set in the verdantly wild grounds of the London Wetlands Centre just south of the river in Barnes. A lush, lagoon-strewn 100 acre pocket of rare wildfowl, otters, owls, and more, it’s already pretty amazing during the day – and as the sun dips below the horizon this festive season, it’ll be lined with large-scale, light sculpture recreations of those birds & animals. You can expect 55 light sculptures in all, to help make up a whopping 214 “different elements of art installations” they have going on. Expect light tunnels, interactive light-up lily-pads, and more. View Website

Back in the year 1540, Henry VIII had a massive, 3m wide astrological clock installed on the tower at Hampton Court Palace. Now, a couple of centuries later, they’re putting on a light show inspired by that very clock, which would have absolutely blown the man’s gout-addled mind. It’s going to have a light trail winding around the palace grounds, which, they tell us, will include a flickering moonlit ball, breath-taking illuminations, mesmerising projections, and even a couple of “whispering trees” for good measure. View Website 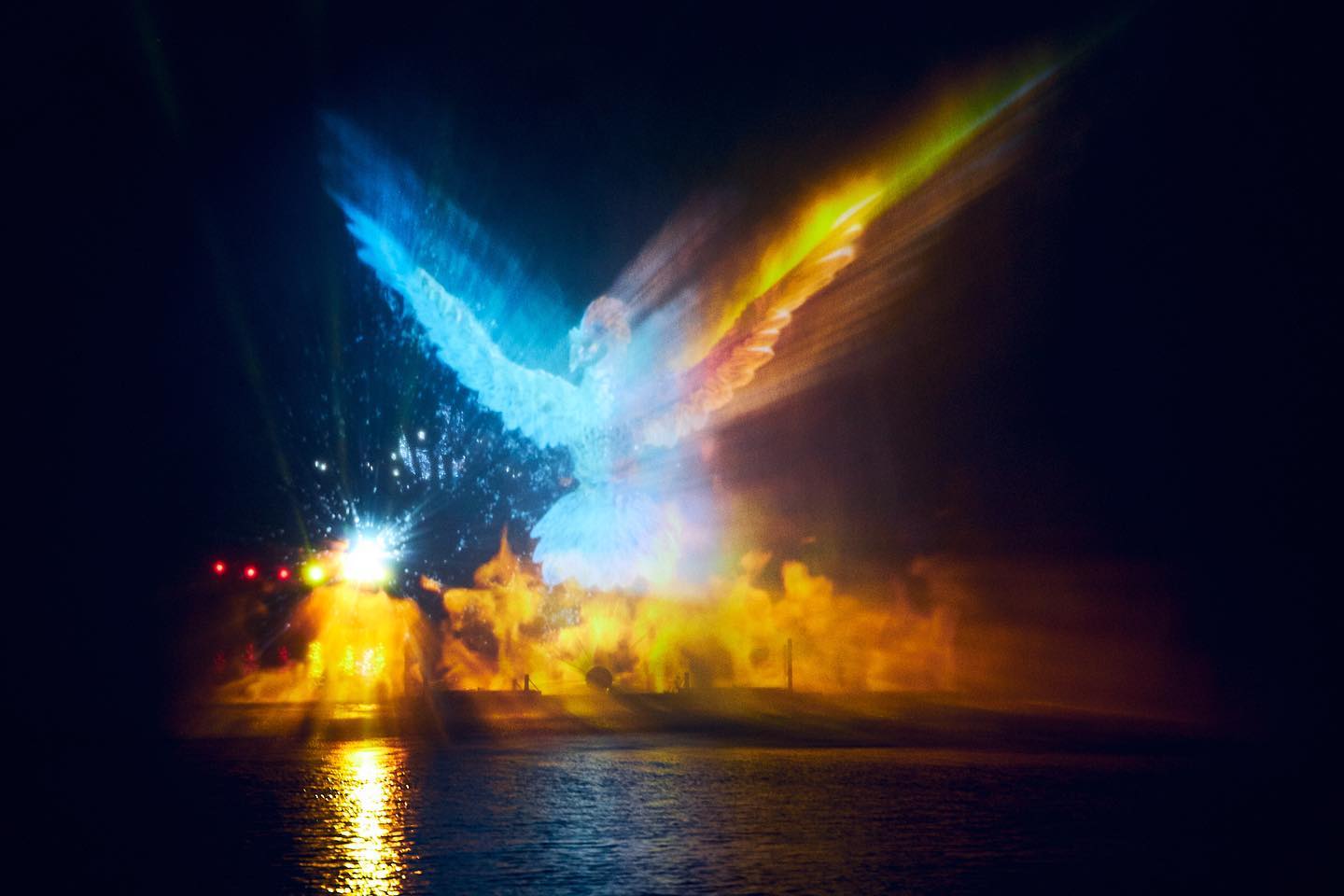 This year, Lightopia has gotten too big for its former digs at Chiswick, so it’s moving into Crystal Palace, and cramming it with rainbow tunnels, digitally projected dinosaurs, interactive musical floors, dozens of animals, thousands of lights, and a 40m meter long ‘Palace of Lanterns’, to name but a few of the things going on. This is the world heavyweight champion of light shows right now, and it shows. View Website 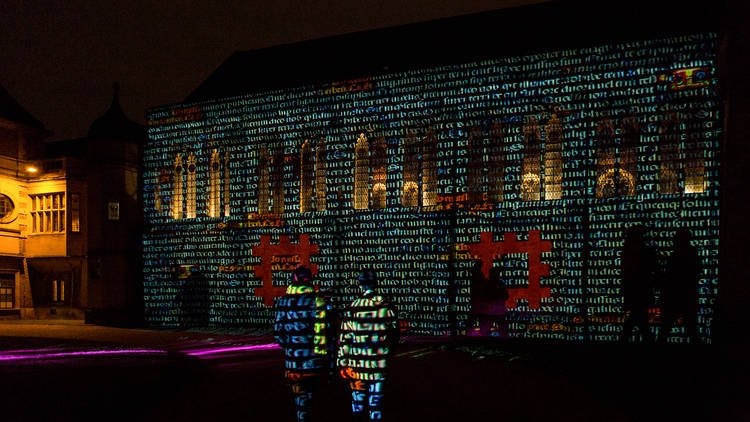 Enchanted Eltham has been around for about five years now, and it’s developed a knack for showmanship. The trail you’ll walk around will take roughly 15. To 2 hours, and traditionally involves features like Holographic talking birds in ornate cages, torchlit gardens, illuminated projections over the palace walls, and an actual maze of lights. And the kicker? There’s a fairground at the end, with rides, marshmallow toasting, and mulled wine. View Website 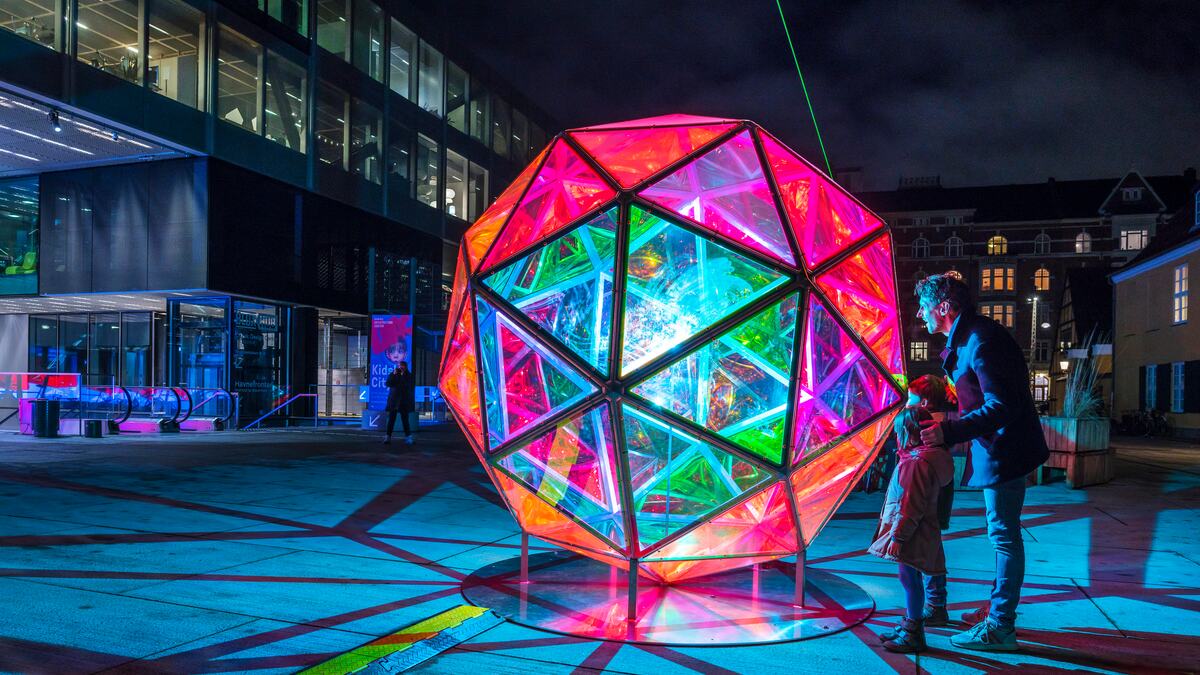 The Southbank’s returning lights trail is conveniently close to their riverside winter market – meaning that you can take in a kaleidoscopic orb, a graveyard of illuminated cars and Oskar Fischinger’s iconic 1943 abstract animation Radio Dynamics with a glass of mulled wine in hand. Visit website 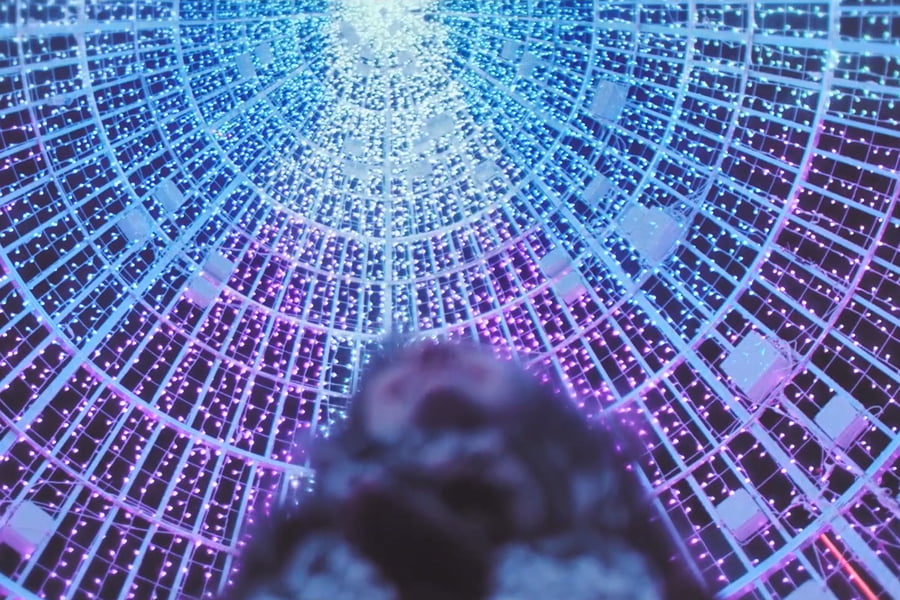 There are a couple of highly notable things about Wembley Park’s now annual Winterfest: 1) it’s got some truly unique installations, including the largest LED tree in the city, (which is a staggering 25 meters high and contains over 100,000 colourful individual LED lights), as well as cool light arches, and optical illusions. And 2) it’s completely free. Read more


The Ever After Garden 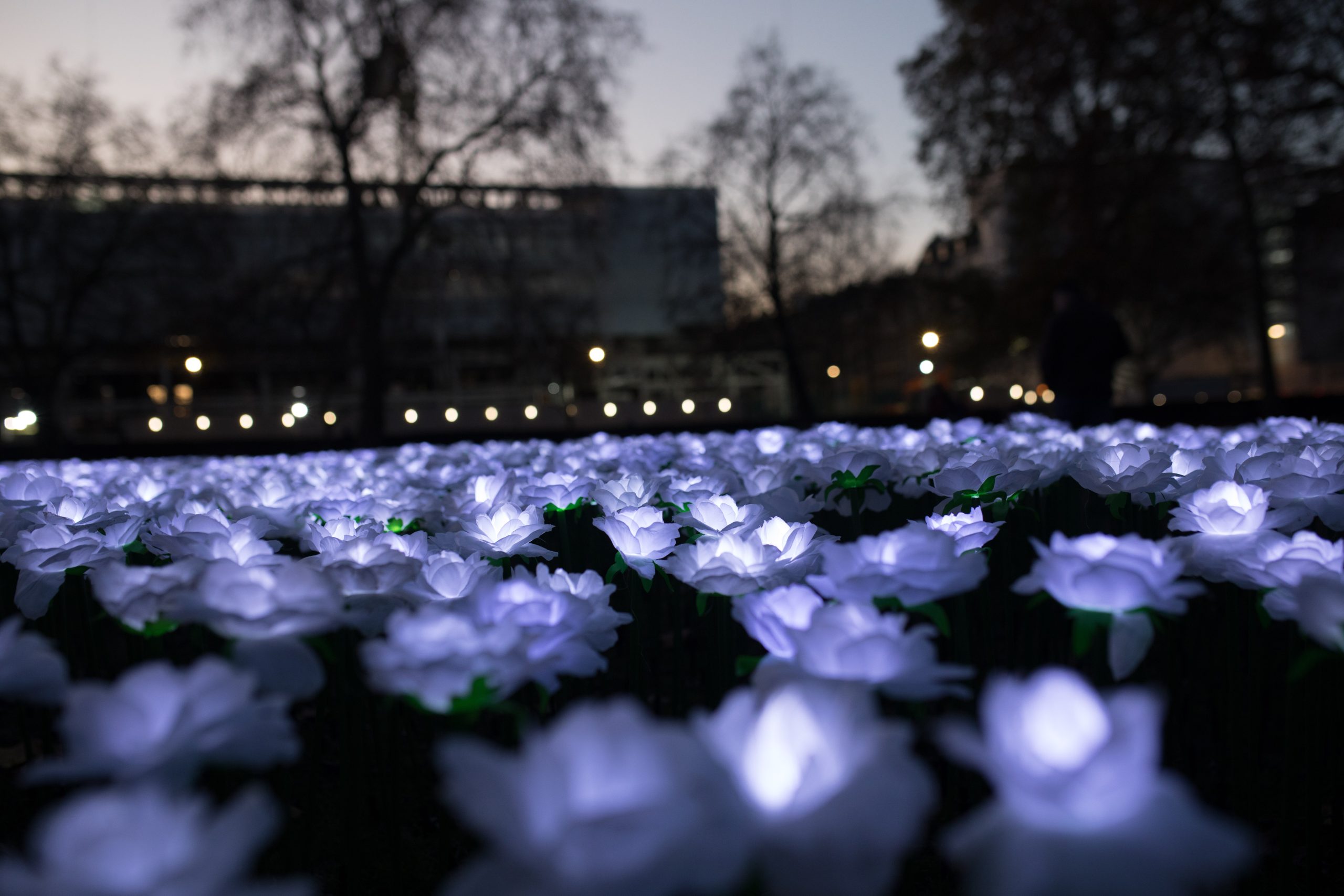 With a somewhat more solemn tone than other light trails, The Ever After Garden is a charity initiative by designer Anya Hindmarch and writer Camilla Morton. It’s a sprawling display of over 25,000 illuminated white roses, representing loved ones who have passed away, making for a beautifully moving installation. It’s even possible to dedicate one of the roses in someone’s honour for a £10 donation, which will go towards supporting The Royal Marsden Cancer Charity. 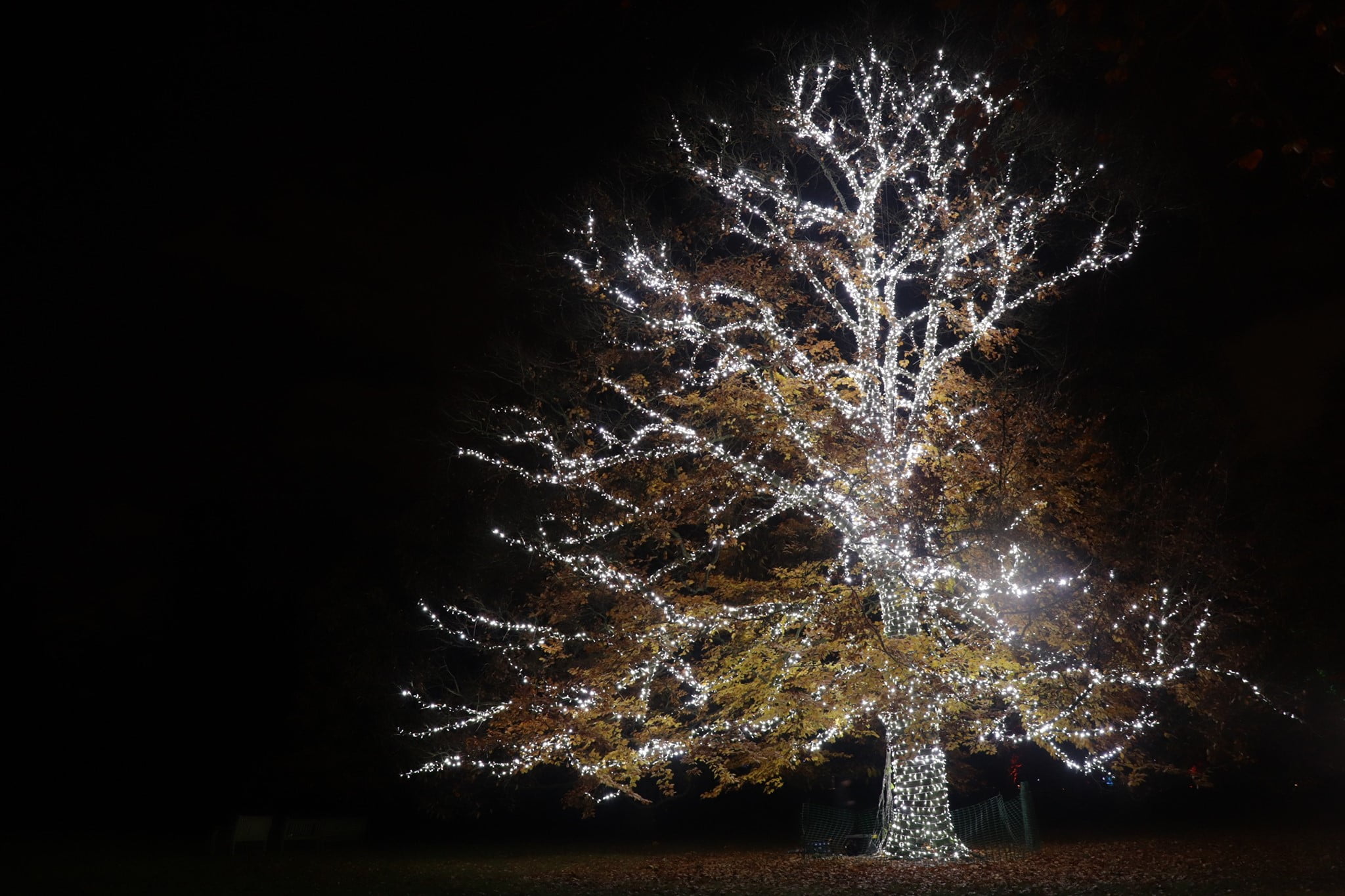 Not happy with merely being the record holder for having the largest collection of living plants in a single botanic garden (it’s official, just ask Guinness), Kew apparently also want the prize for non-living showstoppers, too. Which is why they’ve once again transformed an entire 2.6km stretch of the grounds into an almost unfeasibly magical, after-hours, mulled-wine toting festive woodland light trail. Expect new installations, including pillars of light thrown into the sky, and a fifteen-metre-wide dome of light covered in over 2,000 individually controlled LED pixels that sits on a reflective water pool… View Website 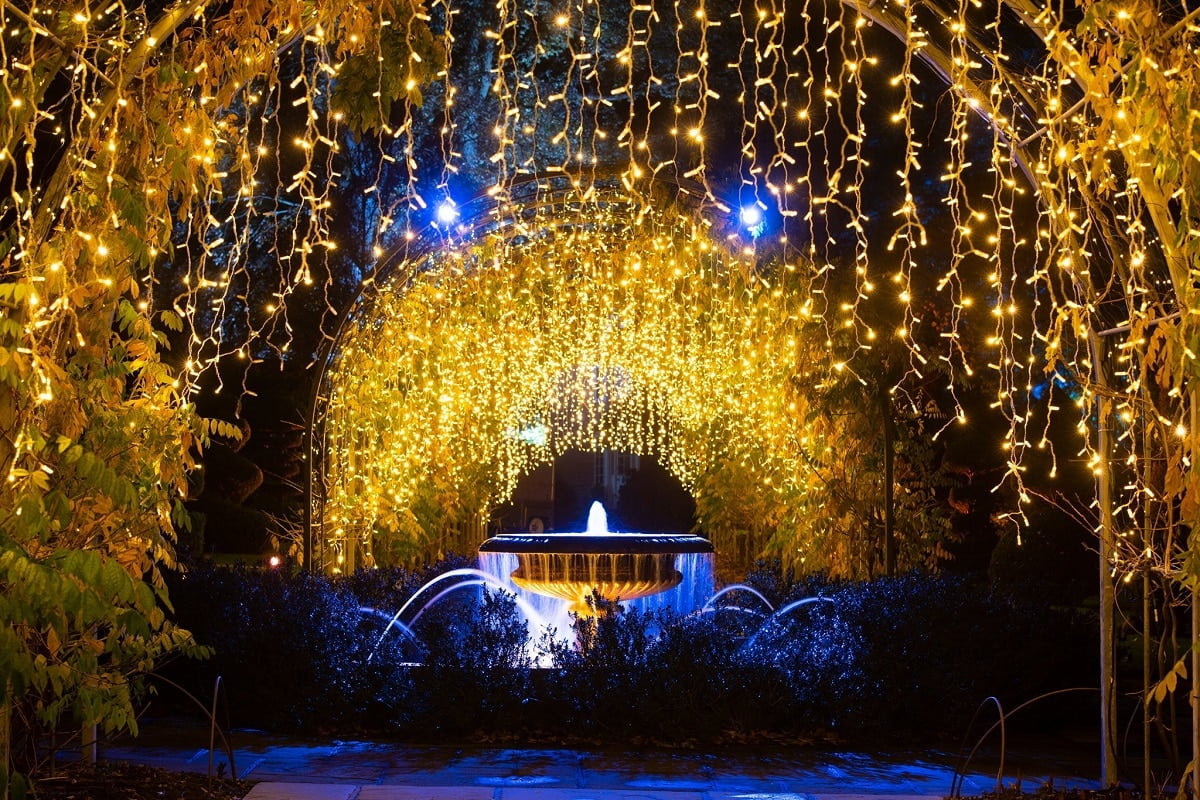 It’s the battle of the South-West London botanic gardens – and Wisley’s matching Kew’s offering this year with fire candles, fountain displays, colourful lights bathing their trees and shrubs, and a display that makes their conservatory look like a horticultural nightclub. View Website 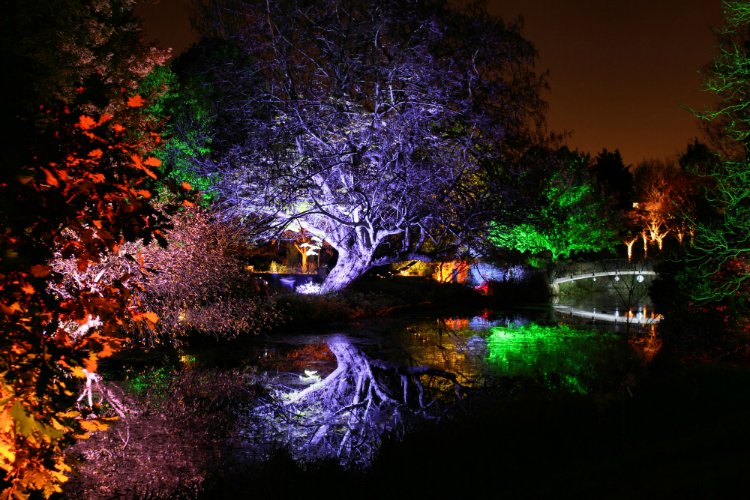 A regular on the winter lights scene for nearly two decades now, Syon’s ancient arboretum, and sixteenth century manor house will play host to all manner of lights, lasers, and strobes. All told you’ll see over 400 species of illuminated trees, and the highly knowledgeable staff there will be able to tell you all about them… View Website 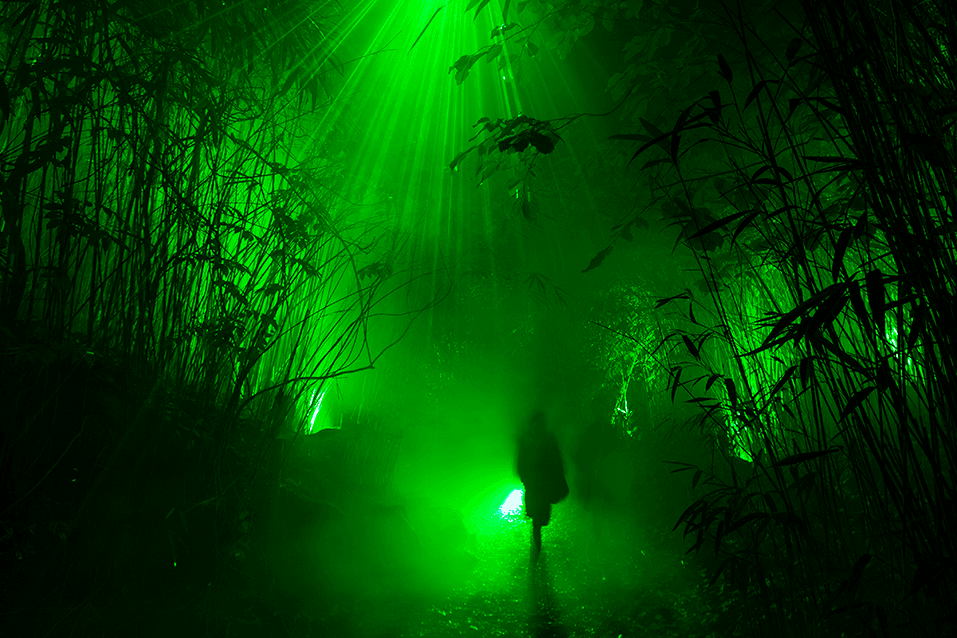 Windsor has a Great Park. And this year they’ll be filling it with light for the first time, with holograms of mythical creatures prancing through the woodland, and dazzling laser beams filtering through the trees. Plus, there’ll be a pitstop with mulled wine, hot chocolate, festive food and firepits for toasting marshmallows. 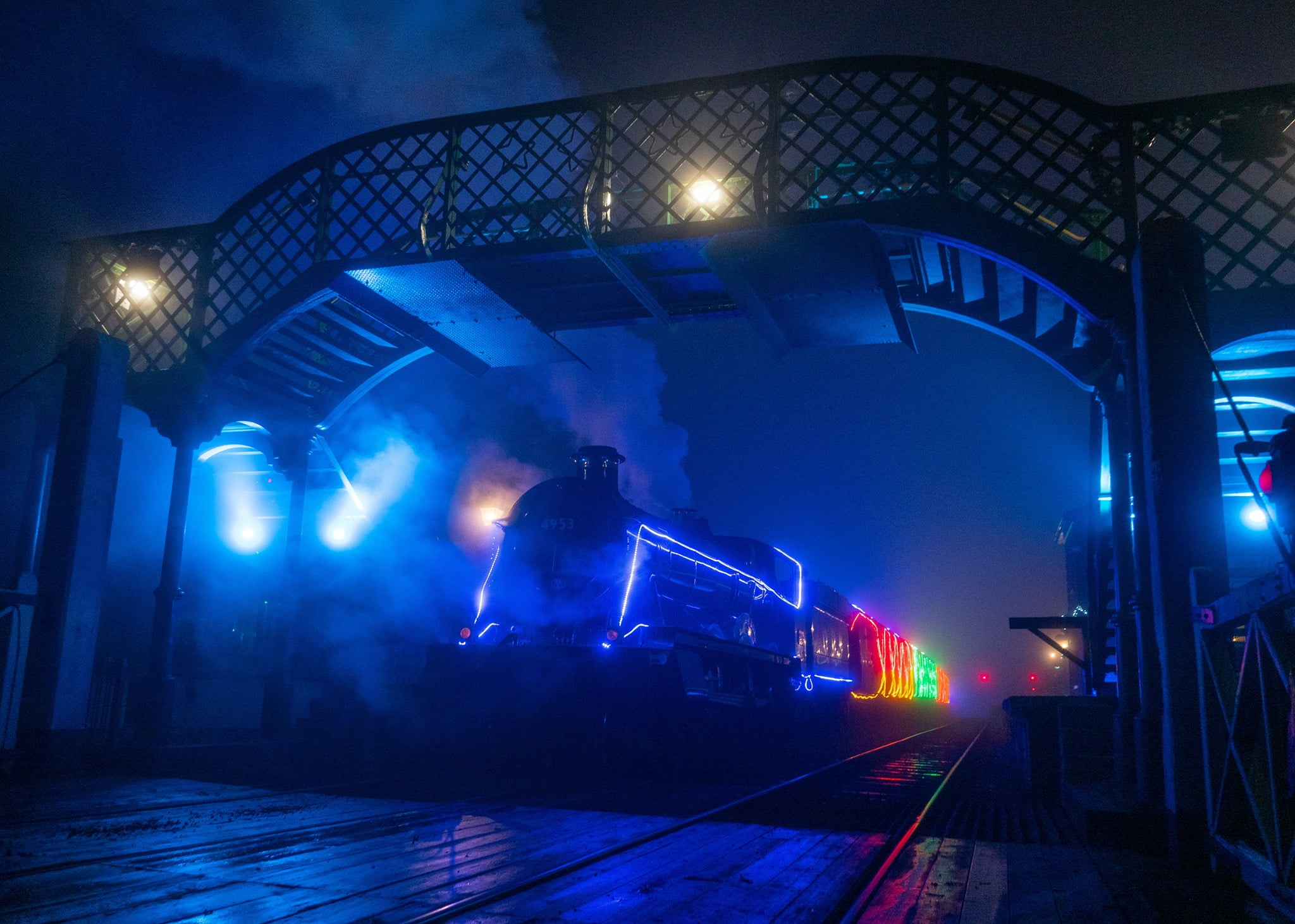 This is miles apart from your typical London light show. Partly because it will literally take you through a fair few miles of countryside on a festive, light-bedecked steam train, but also because it steps things up on that journey with a Christmassy soundtrack, line-side light displays set in magical forests, and a mystical Scandinavian gnome. READ MORE 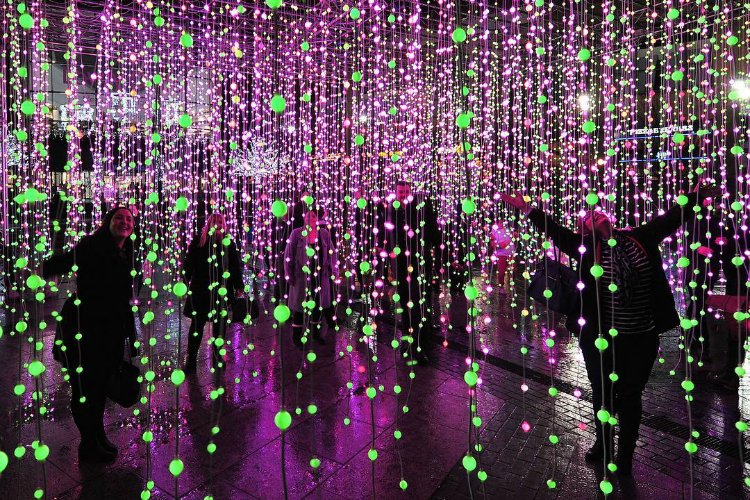 As a kind of post-Christmas pick-me-up, Canary Wharf’s free outdoor lights trail returns in January 2022 for a seventh year. There’ll be over 20 illuminated artworks to marvel at, including some previous big-hitters, new commissions, and pieces never before shown in the UK.

Looking for date ideas? Here are just over a hundred of them…