The Most Underrated Steak Restaurants In London

Overcoming adversity is difficult, but not impossible.

Look at Beethoven. People told him he couldn’t be a deaf composer, but did he listen? And similarly, when there are a multitude of steak restaurants in London, it can seem unmanageably daunting to try and make an impact, especially when the vast bulk of critical lavishment is reserved for places like the Hawksmoor, Flat Iron, and Dinner by Heston.

So, you’ll find none of those places on this list. We’re here to celebrate the unsung heroes of the beef world. So here are the finest steak restaurants in London that have been undeservedly overlooked, for one reason or another…
– 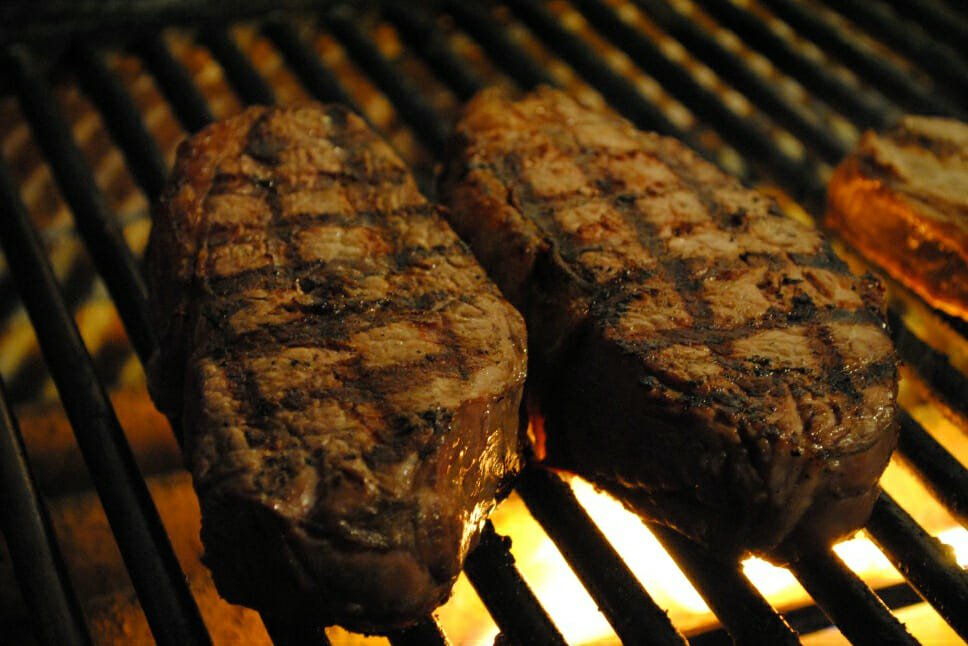 Maybe it’s the location in Olympia. Maybe it’s the fact that it’s proudly Scottish, a red flag to some more snobbish restaurant types. But you probably haven’t heard of Popeseye. The name refers to a Scottish term for rump steak, and you’ll find it on the menu here – along with virtually nothing else. There are no starters, no sides. Just fillets, rump, sirloin, rib eye, and T-bone, in whatever size you want. They’ll come with a small herd of sauces, they’re all Scottish grass-fed Aberdeen Angus, and they’re shipped in daily from the Highlands. 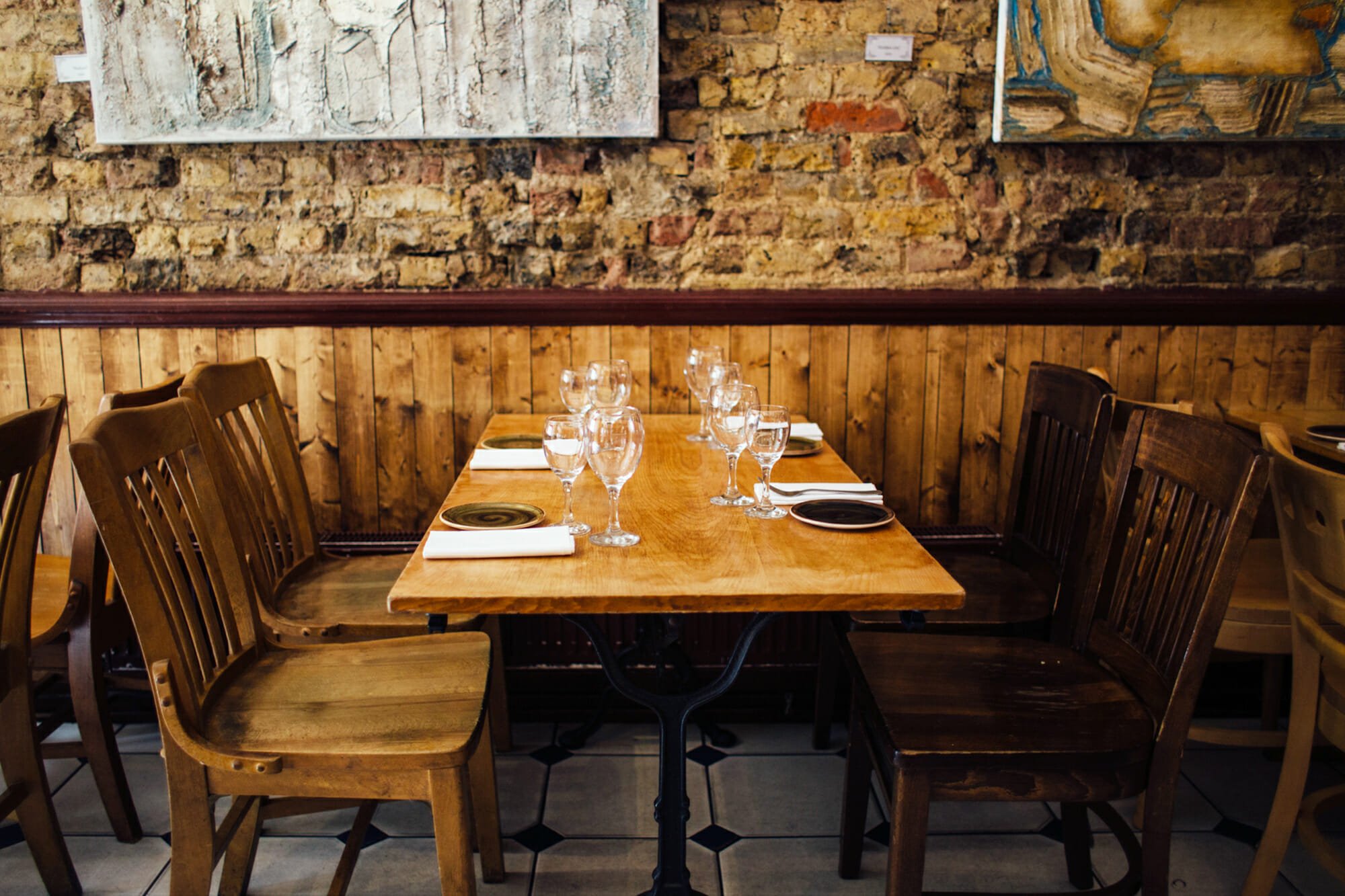 This Battersea restaurant doesn’t look the slickest, nor does it project the kind of polished corporatism that so many steakhouses do these days. But they do make a damn fine steak, scorched on their huge cast-iron grill. Argentinian-style. And it’s all finished with dulce du leche everything: flans, cheesecakes, pancakes, banana cakes, and more. 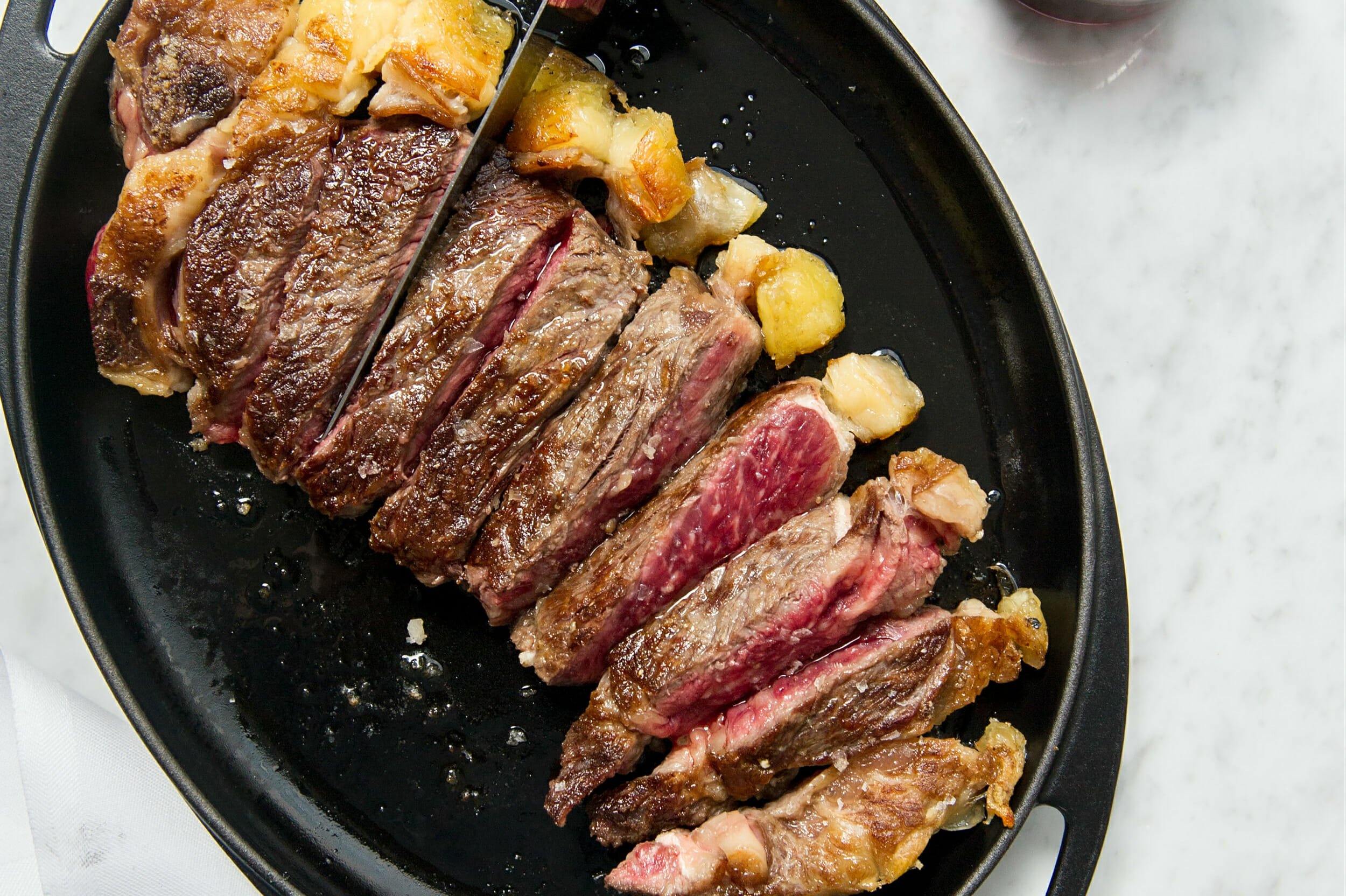 Lurra isn’t really known in steakhouse circles, because this Basque restaurant technically isn’t a steakhouse – but its centrepiece dish is its 14 year old, Rubia Gallega “Galician Blond” steak. It’s the only one on the menu, but it’s worth the trip alone. Because as London is rapidly discovering, Galician beef (which comes from retired dairy cows, that are given 3/4 more years of restful grazing in the Basque country) is deeply marbled, textured, and extraordinarily delicious. 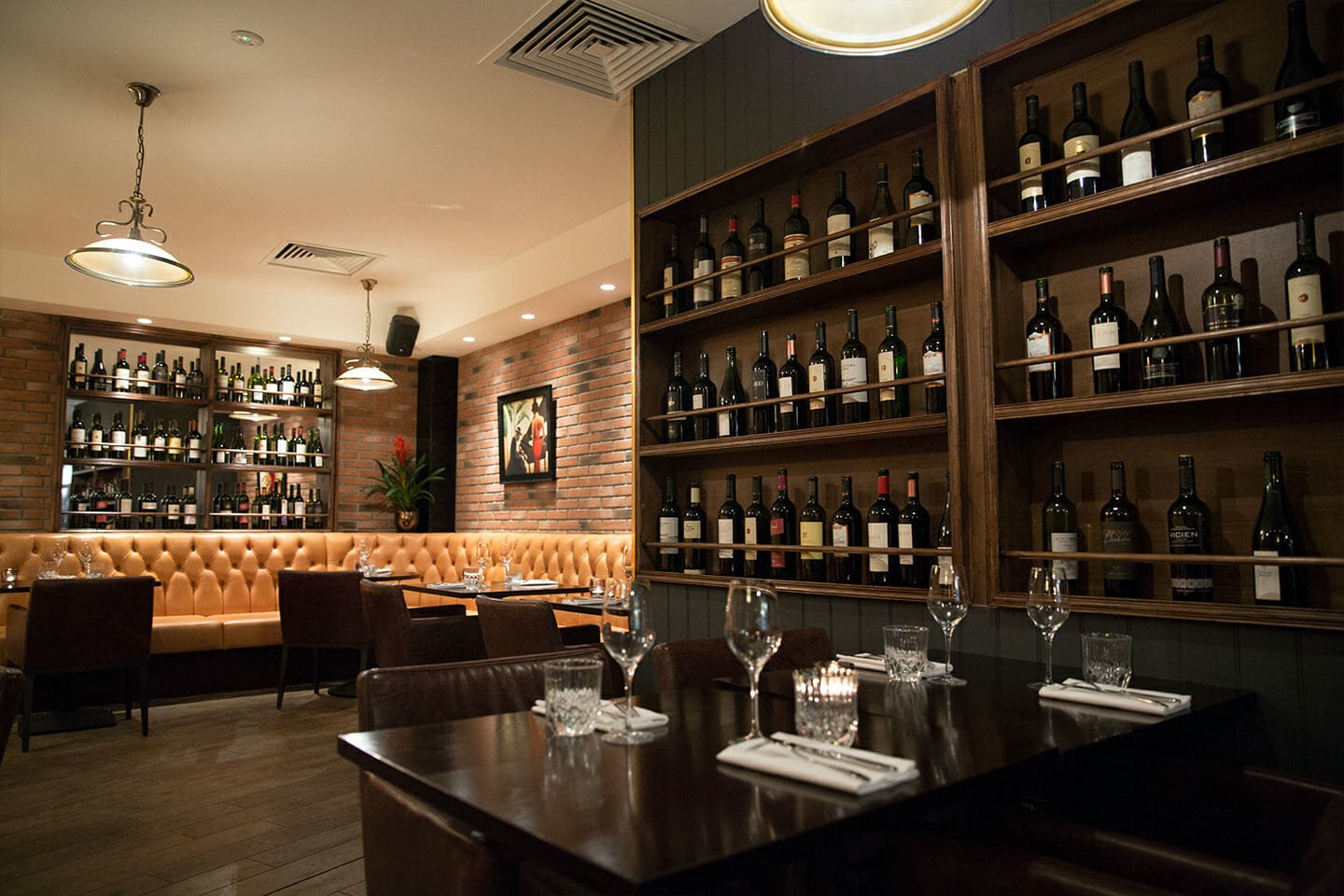 Slapped right in the bustling heart of The City at Leadenhall, Omnino might be easily overlooked. And unless you knew it was good, you’d be tempted not to risk wandering in considering the known quantities surrounding it. But it is good. It’s run by an Argentinian family, and they serve steaks from across the globe: Australian, American, British, Argentinian, you name it. You can even get a ‘Ribeye Trio’ with 300g each of Wagyu, Prime US, and Argentinian rib eye. 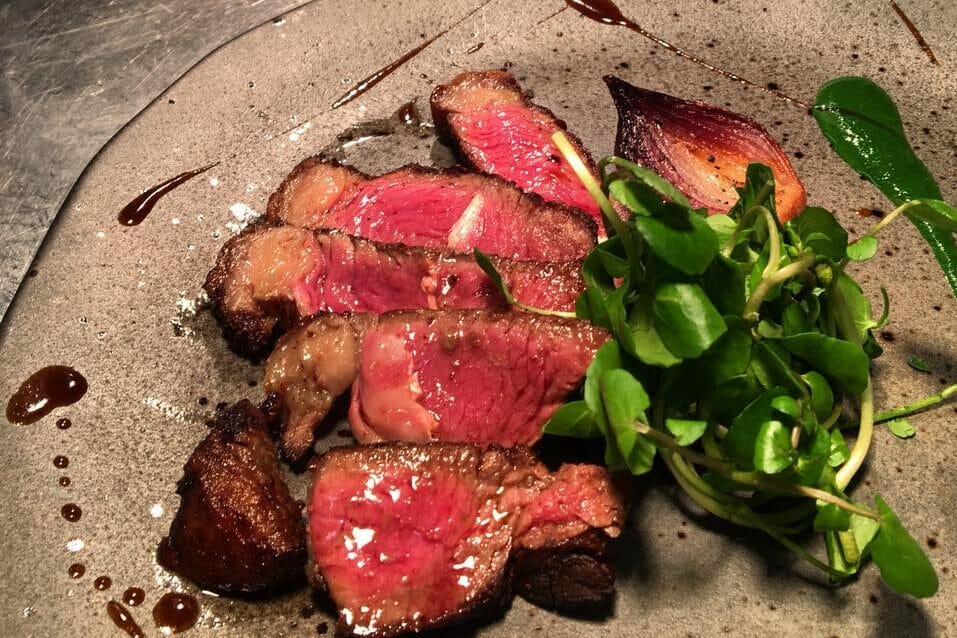 A dinky steakhouse that’s a beacon in the culinary desert between Clapham and Brixton. Knife serves four cuts from four breeds of ethically-reared, grass-fed, Cumbrian-raised cows, with sides that might just risk stealing the show, from the quartet of potato dishes to creamed spinach, saddleback pork scratchings, and roasted corn crème brûlée. Plus, free welcome Yorkshire puds. 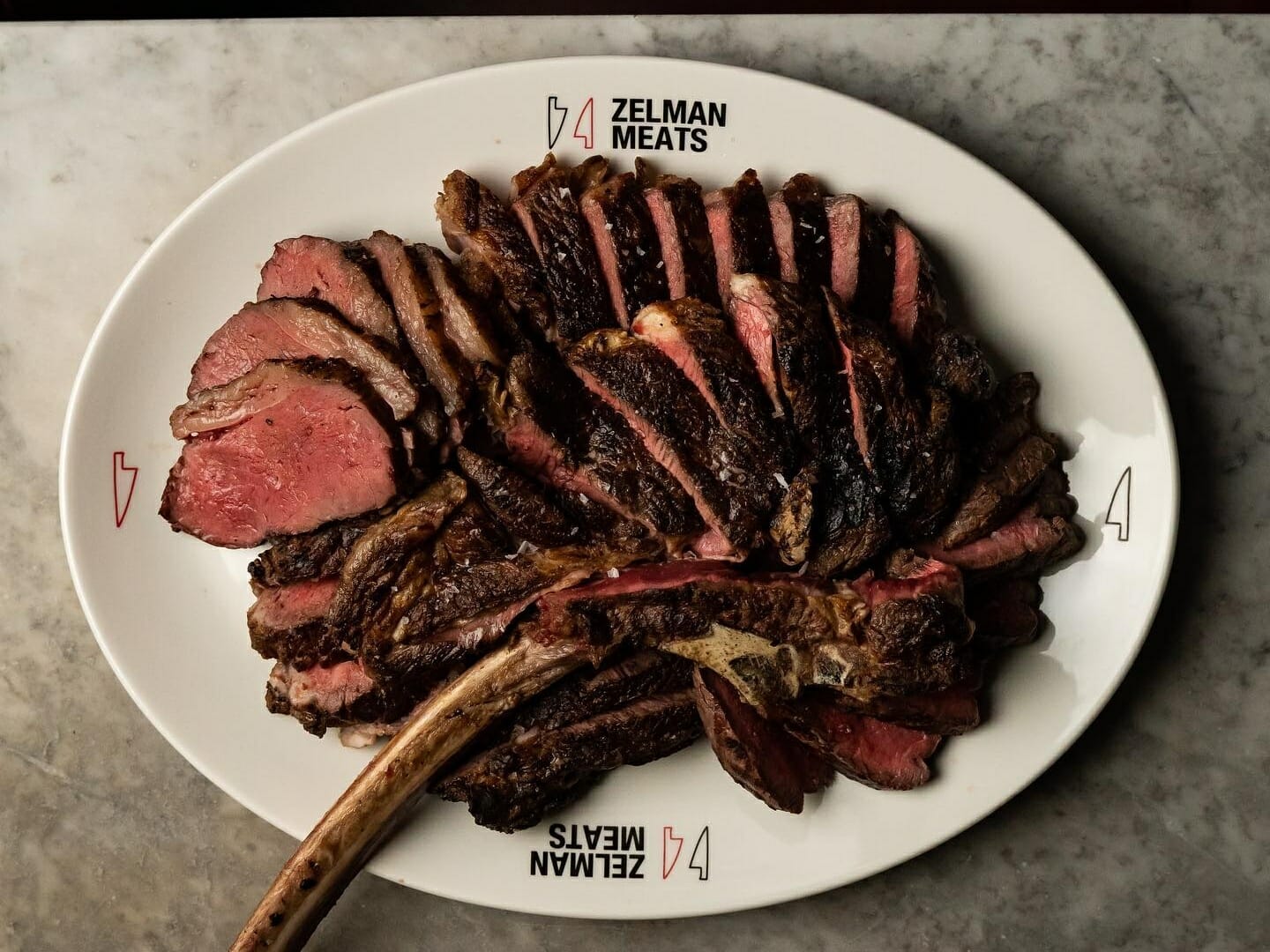 Zelman comes to us from the owner of the Goodman chain, so it’s not exactly an underdog in the steak world. But it is nevertheless competing against its own cousins, who are considerably better known in the steak world, as well as the overpriced reputation of other family members, like Beast. But Zelman Meats does what it says on the tin very well: meat. Pure and simple. The menu has only a few options (Chateaubriand, “Dirty” Sirloin Steaks cooked directly on charcoal, etc.) and they’re treated very well. And you can get a cocktail to wash it down. 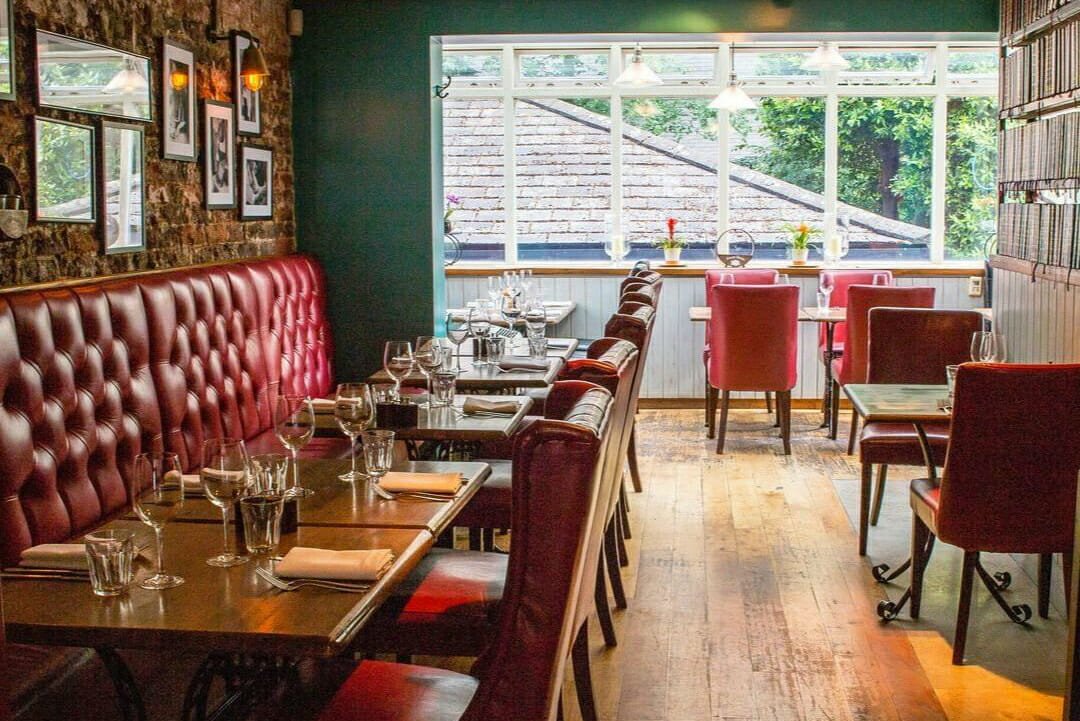 While Casa Malevo is certainly one of the better-known steak restaurants in London, it still may nevertheless have slipped under some radars. It comes to us from Argentinian chef Diego Jacquet, and it has a very unpolished feel in a very polished neighbourhood. But make no mistake, the menu is as finely tuned as they come. Starters range from empanadas to sweetbreads, while the steaks come in all the traditional cuts with delicious chimichurri, and enough red wine for anyone. 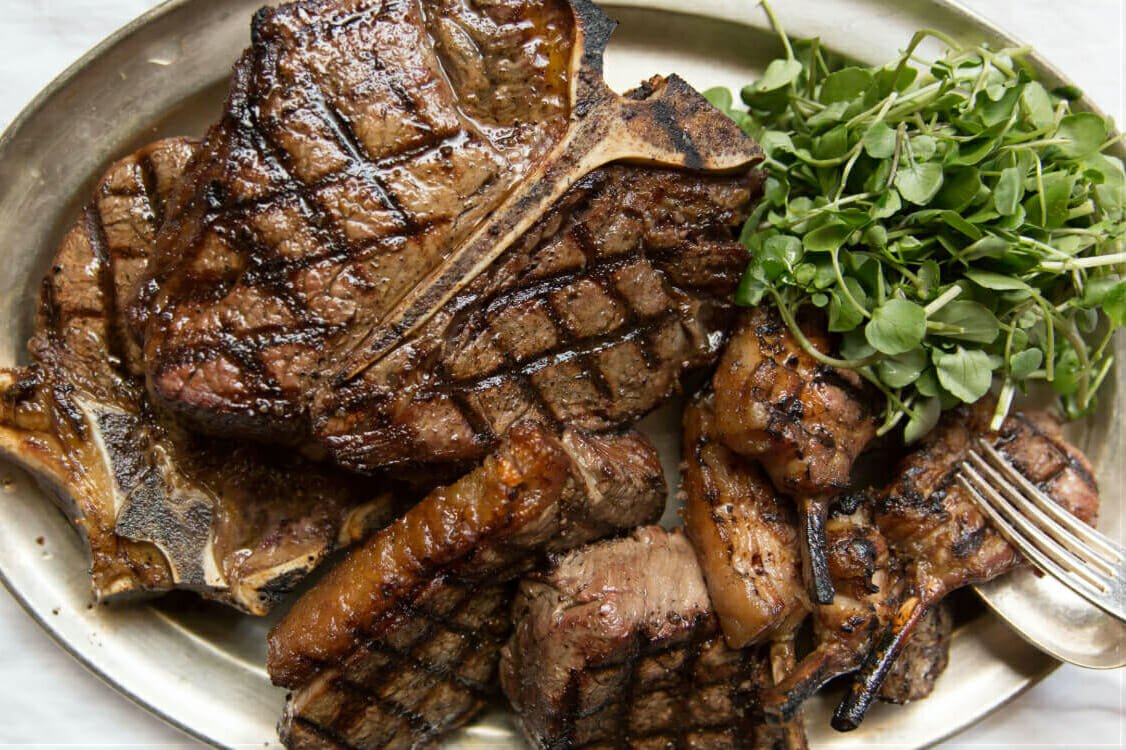 You’d be forgiven for thinking that the Guinea Grill was a simple old-fashioned boozer, because for the first 300 years of its life, that’s exactly what it was. It was only in the 1950s that they decided to start serving steaks, so it’s a relatively recent innovation… for them. And although it doesn’t look like the place has been updated since that time, it’s one of the quintessential examples of the truism that if something works, don’t fix it. And the Guinea Grill works. It’s the kind of place where you can get a sirloin on the bone, with a lamb cutlet as a garnish. And we hope it never changes.

Looking for more steak restaurants in London? Well, here are the most famous ones…