There are many beautifully alliterative names that B&B could have chosen to represent their twin loves: steak and beer. And the one that they settled on does the job particularly nicely. After opening up in Kentish Town, and wowing the local populace with their reasonably-priced-yet-delicious goods, they’ve moved incrementally closer to the heart city by setting their sophomore joint in Haggerston’s Duke of York. After all, what better place to showcase beer than, well, pub. 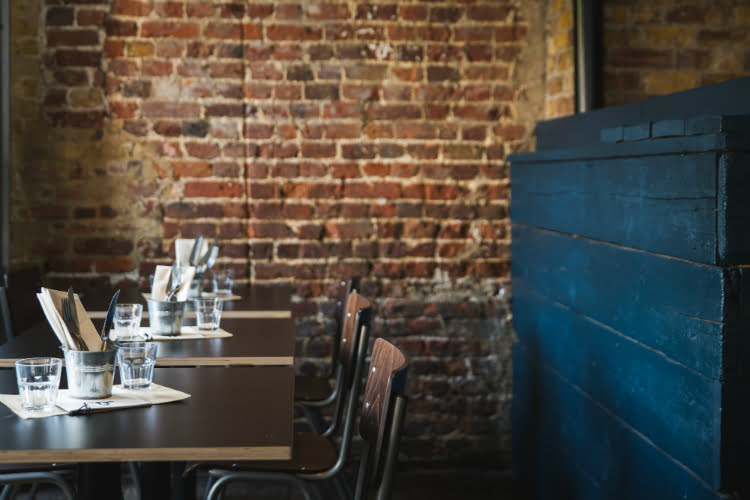 The space itself is simple and gastro-pubbey, with wood floors & glazed brick walls offset by some mint green banquette seating running across the back of the room. The wooden bar has a blackboard of ever-changing craft beers pinned to the wall next to it, and just to make sure they’re not violating some East London bylaw, there are low-slung exposed lightbulbs illuminating everything.

At the figurative & literal heart of the menu you’ll find the steaks – although they also tend to rotate, you can expect stalwarts like their hanger steak which comes in at a mere tenner (putting them on par with Flat Iron). Or if you fancy, you can spring for the more expensive ribeye, chateaubriand (from “the least worked part of the animal”), and a hefty Galacian sirloin. The latter comes from cows that are reared to 14yrs in Galicia, Spain, and as stated on the menu, they literally refuse to cook it above medium.

You can douse your beef with some truffle hollandaise, chimichurri, or simple peppercorn sauce, and there are of course starters (brisket jam nuggets are hard to beat) and a selection of inventive ice creams for dessert. 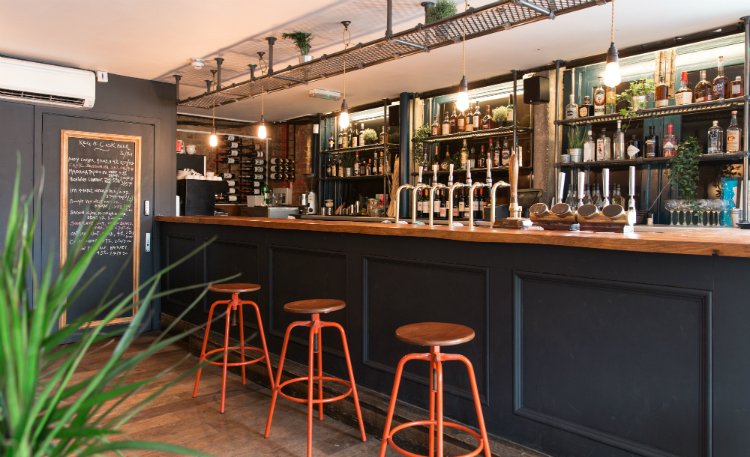 Although the lineup changes as frequently as the weather, you can expect a breadth of styles on the taps, including the likes of Magic Rock’s Highwire grapefruit pale ale; Fourpure’s oatmeal stout; The Yeastie Boys’ Earl Grey IPA; and Weird Beard’s sour beer. There’s also a selection of wine & frequently beer-laced cocktails to round it all out, of course, or as they presumably like to call them… Burgundy & Booze Blends? Merlot & Mixeds?

NOTE: Beef & Brew Haggerston is now closed, but you can still find them in Kentish Town.

Rawduck Have A New Winter Menu... With Sharing Pies