Every once in a while something really bad happens in your life.

But this isn’t one of those times.

And that’s thanks both to Ceviche Old Street – which sits at the top of a lengthening line of Peruvian hot spots in London – and to Martin Morales, the lauded Peruvian chef and award-winning cook book author who made the decision to open it. 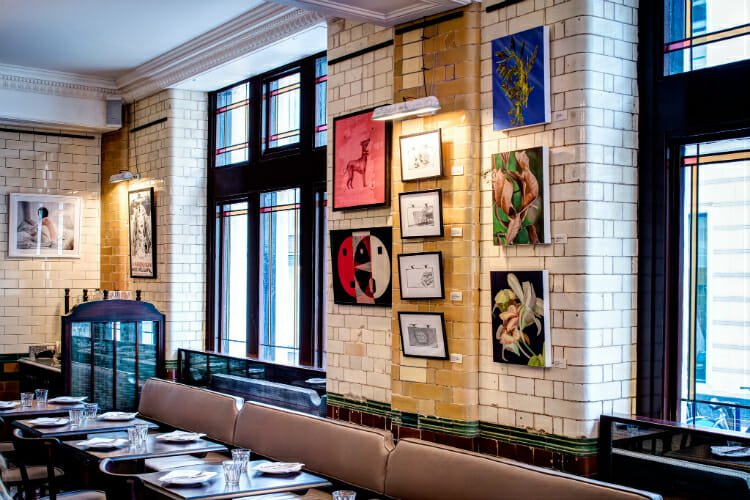 This place is kind of similar to its younger Soho sibling, in that it exists as a direct result of a hardy group of 16th Century Spanish conquistadors journeying further south than any Europeans before them to a mystical land now known as “Peru”, killing Inca Emperor Atahualpa and teaching the local people how to make a dish that they’ve spent the last 450 years refining:

But then again, it’s also kind of not like its younger sibling. Because although similarly encompassing a dedicated ceviche bar, Peruvian rotisserie and open charcoal BBQ grill; it’s bigger than Ceviche Soho… and it has a 60-cover cocktail bar. Which is the perfect place to enjoy their tried-and-tested Pisco sours; a new list of South American inspired tipples; Peruvian-twisted classic cocktails like Pisco Old Fashioneds; and a new signature beer, which has been designed – in collaboration with local brewery, Hammerton – to pair perfectly with a menu of authentic anticucho skewers; sweet potato and tiger’s milk ceviche; and, um, scotch eggs.

Ain’t gonna find those on no “Inca Trail”.

NOTE: Ceviche Old Street has now closed, but you can still visit the Soho original.

Looking for somewhere to eat? Check out the best restaurants in Old Street