In this case, however, it’s actually good.

And that’s not a huge surprise, given that it’s an offshoot of Clapham’s vaunted, praised, and neighbouring eatery, The Dairy. Billed as that restaurant’s “naughty little brother”, the place is essentially one long snack bar, with white tile walls, and leather banquette seating running along the back wall.

Chef-owner Robin Gill is big on seasonality, locality and quality. And since he’s also big on restaurants (he’s also behind Sorella, Darby’s and Great Scotland Yard), he’s bussing in a resident chef to take over the reins this Spring. That chef is Andy Hogben, who’s offering an entirely vegan menu. 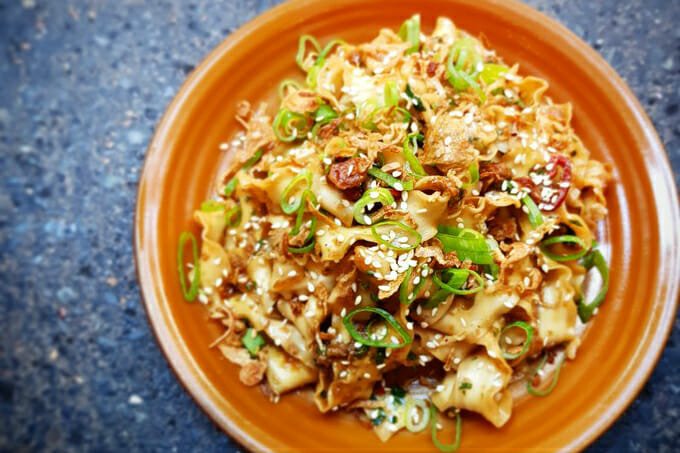 Inspired by various global food traditions, the small plates on offer change every night. You might start with a little sweetcorn chaat and roti; sample a few water chestnut dumplings; and finish with a Malaysian laksa with spring onions, oyster mushrooms and deep-fried peanuts. And with a CV including Som Saa, Kym’s and Dabbous, you can bet he’ll be doing them all justice.

In fact, he’ll be reuniting with his fellow Som Saa chefs on 1st March for a vegan Thai feast; and on 26th January he’ll be joined by Rob Howell of Bristol restaurant Root for a collaborative banquet.

Spending an evening at a vegan pop up?

Like being in the loop about the city’s newest bar and restaurant openings? Check out our excellent guide to recent openings in London