We bet you had to read this twice.

Not for any good reason, there are no grammatical errors or anything. But sometimes life gets you to repeat stuff unnecessarily. Take excellent Australian restaurant Dandy, which has just launched its third iteration in Bermondsey.

The first two came in the form of 1) a pop up in a London Fields shipping container, and 2) a restaurant in Newington Green (which is now the excellent Jolene, so not a total loss). Despite some stellar reviews, they had disagreements with investors, and the venue closed.

Hoping for a comeback with nicer people behind the cash, Chef Dan Wilson teamed up with restaurateur Matt Wells (co-founder of The Dairy in Clapham) and launched a crowdfunding campaign. However it didn’t hit its goal… it absolutely annihilated it, blasting past it in just 10 days. 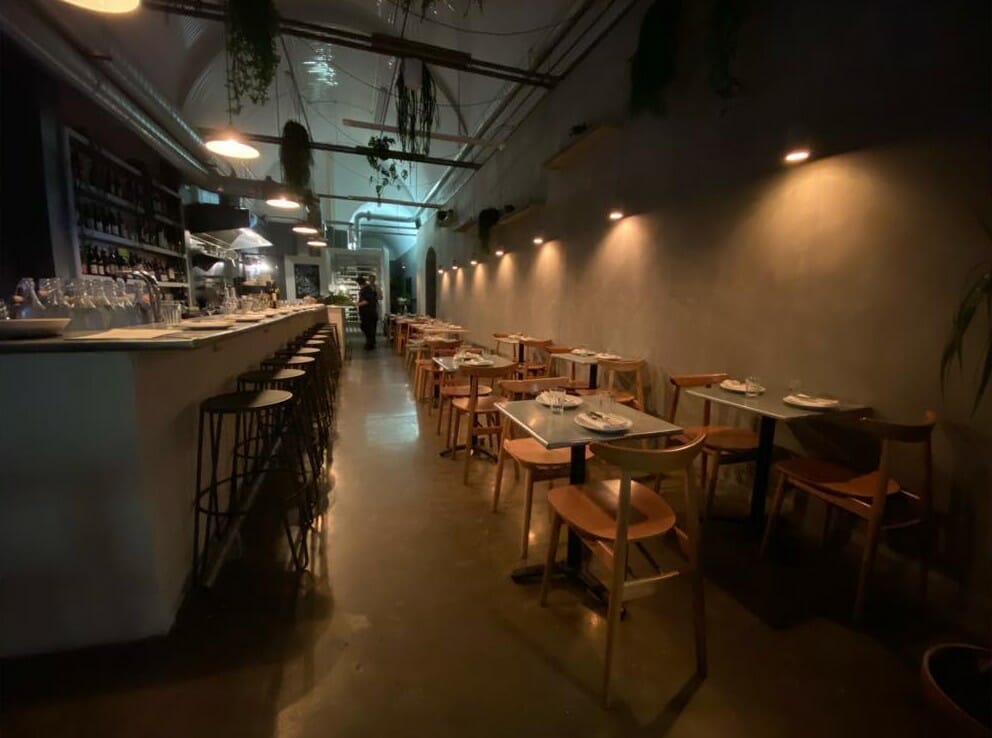 This new, hopefully final version of the restaurant is housed in a beautiful brick railway arch down on Bermondsey’s Maltby Street Ropewalk. Dressed in fittingly industrial attire, the space is a long concrete sleeve all pierced by a brushed metal bar which runs almost along its full length.

On the menu, they’ve eschewed the small plate movement (thank god), in favour of larger, heartier dishes. This is an Australian restaurant, after all. The menu changes regularly, but you can expect everything from a huge ex-dairy rib of beef with confit pearl onions; to a roast cauliflower with cauliflower cream and fermented chilli, to some lamb belly with potatoes and collard greens. And for dessert? They’re baking an extraordinary Basque cheesecake with a burnt-black crust, and a cloud-like creamy interior.

The wine list is all minimal-intervention, and is supplemented by some craft beer taps filled predominantly by the nearby brewers on the Bermondsey Beer Mile – they’re partnering up with Partizan for a house brew, and they’re even planning on eventually installing their own brewery at the top of the arch.

Which is just Dandy.

If you’re in the mood for Australian stuff… take a gander at Lantana.