NOTE: Davies & Brook has sadly now closed. Take a look at these other great restaurants in Mayfair.

Davies & Brook has some pretty big boots to fill.

Its sibling, Eleven Madison Park over in New York, is so good it’s almost at the point where – no joke – it simply cannot win any more awards.

It’s maxed out the number of Michelin Stars it can get (three, held for the last seven years); hit the number 1 spot on the World’s 50 Best list (back in 2017, it’s currently at no. 4); won 6 James Beard awards (considered to be the Oscars of the US food scene); and snagged literally dozens of other accolades besides.

Luckily, Davies & Brook also happens to have the same head chef, with the exact same team behind him, and the considerable resources of the Claridges Hotel – which is where you’ll find it – backing them up. He considers this a sister restaurant, in a sister city. And it’s making an excellent start by netting its first Michelin star just over a year after opening.

That chef is the Swiss-born Daniel Humm, and he’s named his new place for the cross-streets that Claridges Hotel itself straddles. For Humm it’s coming full circle – he worked at the hotel as a junior cook when he was just 15 years old. So it seems that the student has, in almost every way possible, become the master. 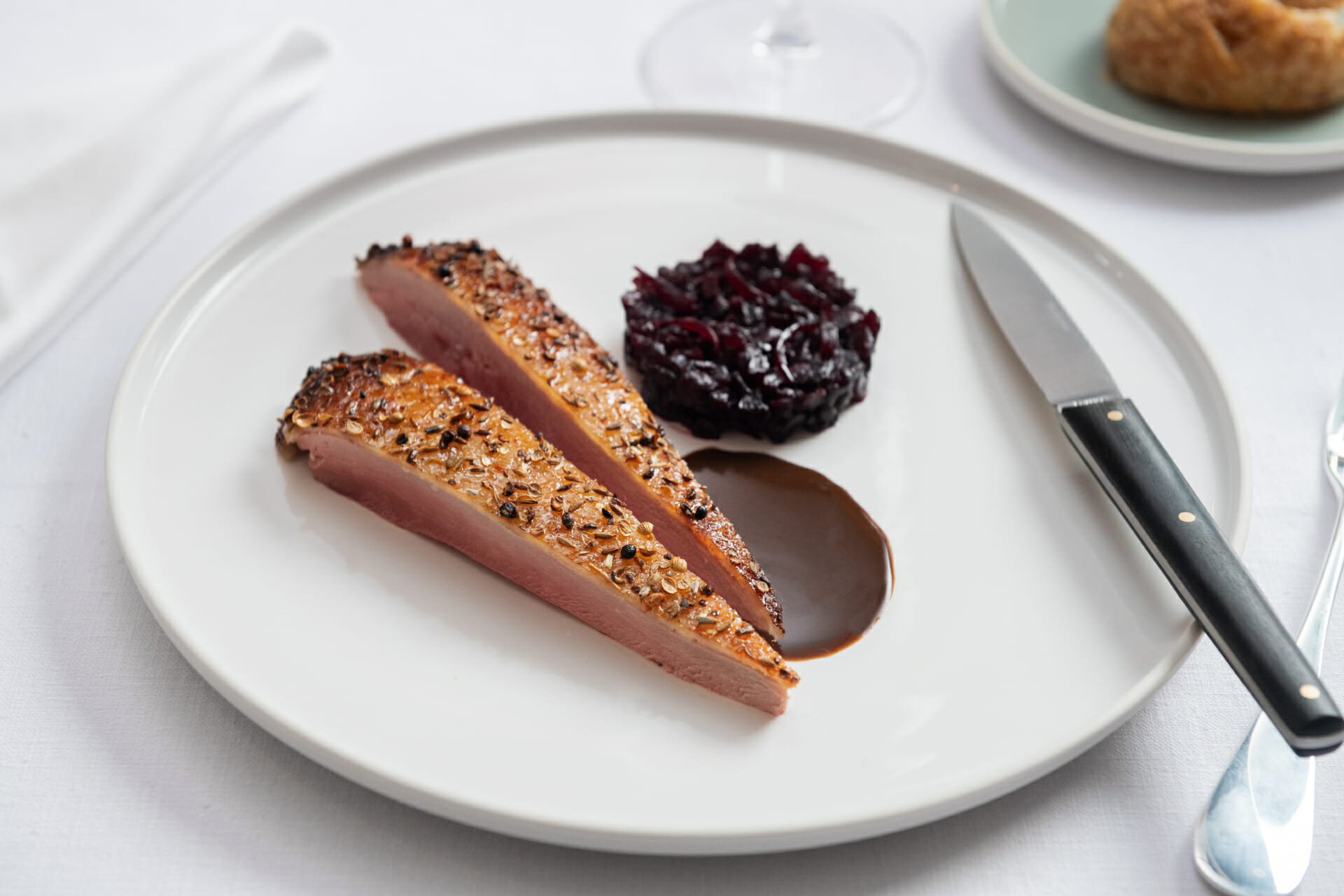 The space itself is, as you might imagine, not exactly a hovel. It’s got all that classic Claridges elegance & charm, with some modern elements to keep it balanced and take the edge off that formality. The velvet banquettes are coloured in cool, moody grey. Light seems to emanate from the walls & ceiling themselves, rather than from exposed bulbs. The tastefully minimalist artworks are a bespoke collection of Icelandic landscape photographs, which all span the room at eye-level like a horizon.

And the food? Oh boy. Well, first off there’s the à la carte. It’s almost like a tasting menu unto itself, demanding four courses and nothing less. First, there’s a cold starter, including the likes of marinated yellowtail with pickled white carrots… or you can just spring for ‘caviar for the table’, which will come with with butternut squash, smoked shellfish, and naan. Then there’s the warm starter (such as a silken tofu with slow-cooked king crab), followed by mains (a whole roasted poussin stuffed with parmesan, lemon & fennel for instance), and a regularly changing dessert.

Then of course there’s the actual tasting menu. Its seven courses include the likes of dry-aged duck with lavender & honey; a cabbage mille-feuille with roasted mushroom and Thai basil; and some ‘triple cream’ (it takes double cream to the next glorious level) with a brioche bun, sorrel, and plum.

It’s a good excuse to fill your own boots.

NOTE: Davies & Brook has sadly now closed. Take a look at these other great restaurants in Mayfair.

Like fine dining? Then check out all the Michelin Starred restaurants in London