Granted, they’re not the kind of people who decide to open a South African BBQ restaurant with a braai grill over 3 metres long. But luckily there are people like that in this world, and they decided to open Hammer & Tongs next to Exmouth Market.

Centred around the mammoth grill, filled with smoking Namibian Sickle Bush hardwood, the restaurant is essentially a giant barbecue, except with vibrant orange, crimson and copper surroundings in place of a soggy back garden, and a chef who actually knows what he’s doing.

Said chef is none other than Martin St. Marie, who, thanks to his career at the Savoy group and across Scandinavia, is a dab hand with botanicals and herbs. This puts him in the perfect position to introduce you to hyper-local South African flavours like the charming-sounding Knoffelboegoe, a type of garlic, and the indigenous Confetti Bush, rarely used in cooking in the UK. 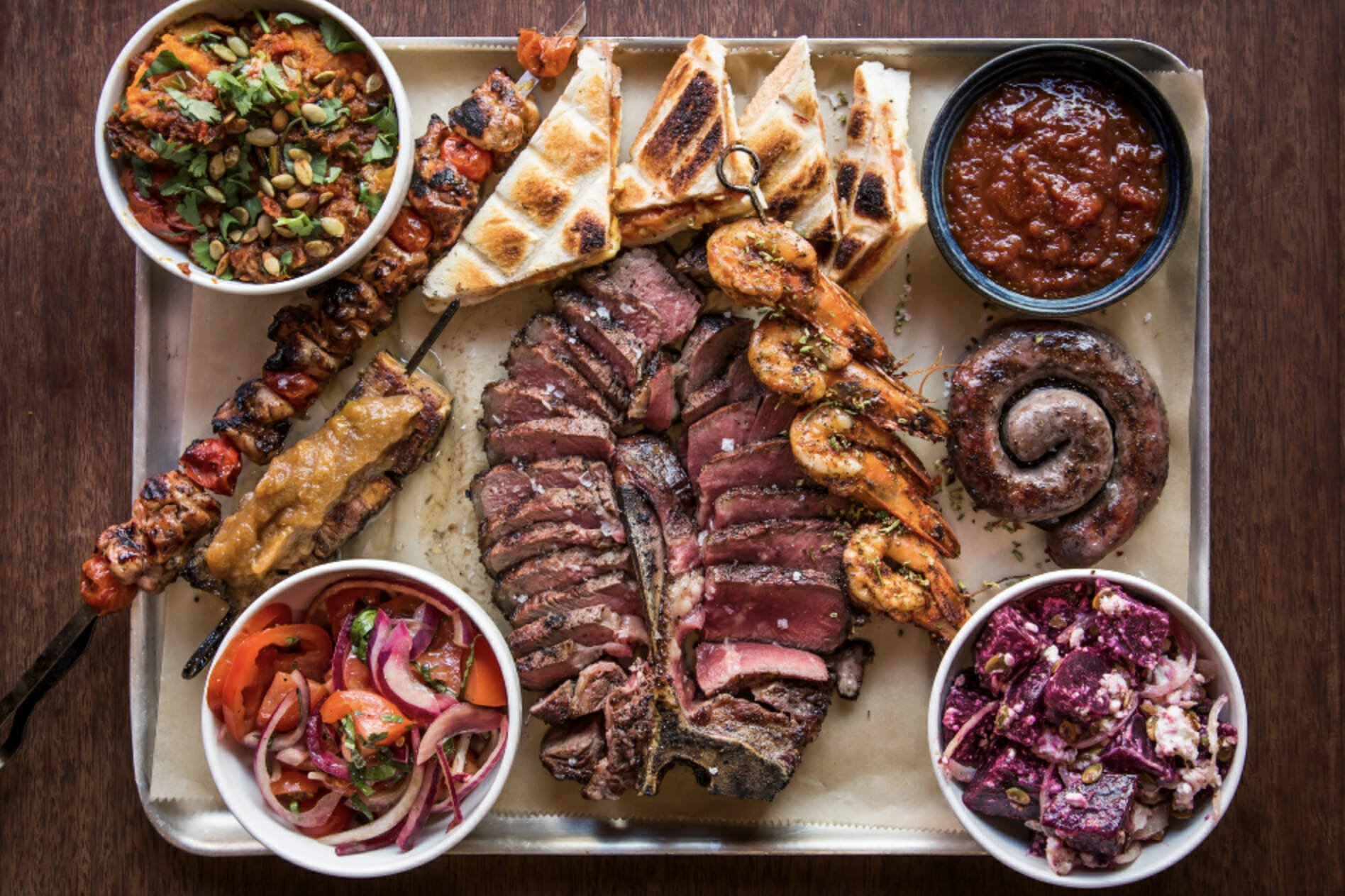 The menu includes dishes like arctic spruce-salted monkfish with fennel and smokey aji panca pepper, and lamb chop with polenta, mascarpone, chives and nutmeg grilled in a banana leaf. Other Afrikaner classics on the menu include lamb sosaties (a type of kebab with an aromatic sauce) and potjies, cast iron pots filled with mussels, oxtail or ostrich, served with pot bread baked on the braai. In fact, the only things that don’t get a look in on the grill are the desserts, a traditional malva cake and apricot sabayon.

Drinks, meanwhile, are the province of Pete Kendall, who’s put together a cocktail menu that nods to the South African theme. You can whet your whistle with bevvies like the Tequila Fig Cobbler and the wintry Veldt Smash, made up with the mysterious Hammer & Tongs Veldt Grog, sage, thyme, lemon and honey. And not to be overshadowed by the giant braai, bartenders, naturally, can be found searing chunks from a giant block of ice using a heated copper-pipe cutter.

Eh, you’re probably already going hammer and tongs for it.