NOTE: Sadly, Milk & Honey has sadly now closed – here are some other great bars in Soho.

It sparked a crimewave that became the root of virtually all modern organized crime.

One such gloriously silver lining, Milk & Honey, has been tucked discreetly behind a little black door in the heart of Soho since 2002. It was at the vanguard of the speakeasy movement in London, and has held up remarkably well in the meantime.

Three floors of prohibition-style speakeasy cocktail bar are in balance with the dark leather seating and rich mahogany fittings usually found in the most exclusive of Mayfair’s private member’s clubs – but there are rules (Rule #7: “Do not bring anyone unless you would leave that person alone in your home.”), and indeed it is a members club that allows Joe Public to visit so long as he/she books ahead. 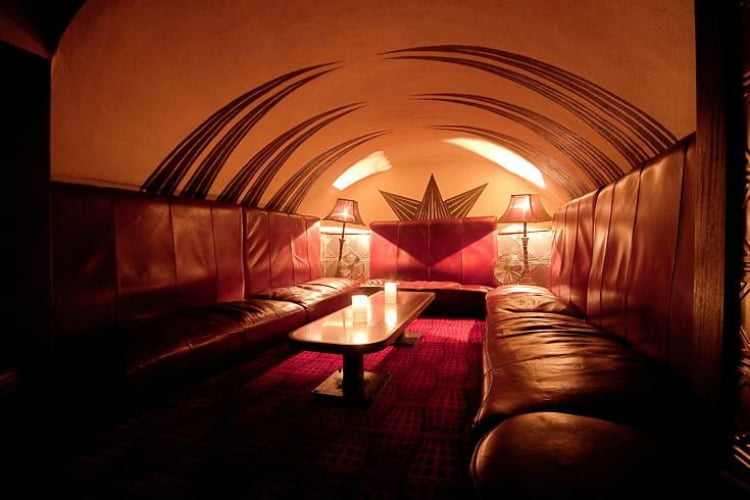 Whilst members are rewarded with the perk of access to all three floors until a balmy 3am, non-members can enjoy booth, counter and lounge drinking in the ground floor and basement bars until a more respectable 11pm.

An astonishing array of over 70 beers, wines, fizzes and cocktails greet you from the menu at said bars – from the modern-day classics such as a Moscow Mule to pre-modern-day classics like the Penicillin (a concoction of scotch, peated scotch, lemon, honey and ginger).

And if all of this drinking is getting a bit much, there’s also a fairly-priced grazing menu and – although options are limited – with an oak smoked beef short rib taco for four pounds, or a seared fillet steak with mustard and parmesan for just a tenner.

NOTE: Sadly, Milk & Honey has sadly now closed – here are some other great bars in Soho.

Ooh, and now you’re right next to this place…