Native is a British restaurant specialising in foraged food & wild game. It was born in Covent Garden in 2016 (to great acclaim, we might add) and has now moved into new digs in Borough…

…meaning that Native is now officially a migrant.

But sweeping irony aside, it’s also a fantastic restaurant, headed up by the ambitious duo of falconer Imogen Davis (who owns Rufus the hawk; slayer of the pigeons at Wimbledon each year) and chef Ivan Tisdall-Downes, whose CV includes restaurant Blue Hill at Stone Barns – currently number 11 on the World’s 50 Best list, no biggie – and the River Cottage.

They were forced to move after Westminster council declined to renew the lease on their Covent Garden space, saying that apparently the area has “too many restaurants”, so they upped sticks and moved to the veritable culinary desert that is the area immediately surrounding Borough Market. No risk of a repeat there, then.

Deftly chiselling an opportunity from a crisis-shaped block, their new space is twice the size of their debut and considerably more polished, with black, white, and wooden fittings sparsely forested with sapling-like tree branches, all bathed in a flood of natural light from the large windows. 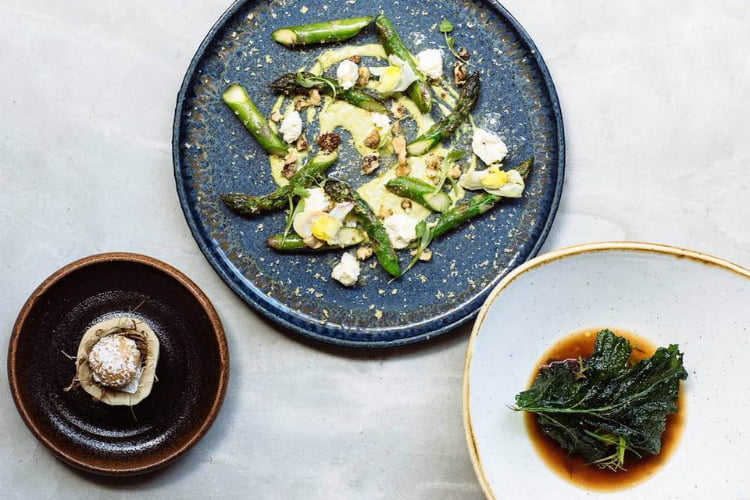 They’ve also taken the opportunity to create a zero-waste kitchen. The menu therefore starts with “Chef’s Wasting Snacks”, which are all made from the things that might otherwise be thrown out (radish tops, grain husks, etc.) which are inventively turned into small bites. As with their original venue, all fish is caught off the Dorset coast, the venison is supplied from South Downs in Sussex, and game shot in Yorkshire.

After the snacks, they have starters like Dorset mackerel with salt baked beets & rhubarb ketchup; or a fermented truffle potato risotto. The mains include fallow deer with caramelised cauliflower & salsa verde; or wild watercress with market fish, fermented mushroom, and sorrel stalks. The desserts then include a dish called ‘marrowmel’, which is their own invention, and is bone marrow caramel that comes with white chocolate. Or you can go with some good ol’ dark chocolate & beetroot with sorrel granita. 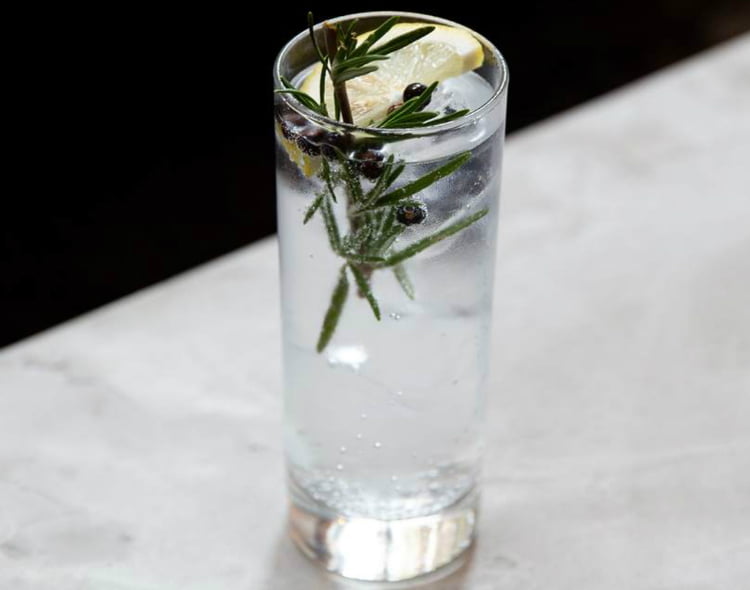 Adding a few cocktails into the mix since their move, they have botanical numbers including a Melilot Mule with house-made melilot (sweet clover) vodka, lime & ginger beer; and a Carrot & Sea Buckthorn Negroni, which is made with English vermouth. That’s all to go with the English-leaning wine list, which includes an English pinot noir by Worcestershire-based Sixteen Ridges, and a bottle-fermented sparkling number from Three Choirs in Gloucestershire.

You’ll be singing its praises.

NOTE: Native has sadly now closed in London and moved to Osea Island. Lucky them.

Like being in the loop about London’s newest bar and restaurant openings? Check out our excellent guide to recently opened restaurants in London