NOTE: Palatino is now closed, but you can still find Stevie Parle’s cooking at JOY and Pastaio.

Rome wasn’t built in a day.

Although, in fairness, that was the builder’s original estimate.

And Stevie Parle’s nascent restaurant empire wasn’t exactly built overnight either. But given that he’s only 32, and already onto his fifth unique venue – the Rome-inspired Palatino – it’s not too far off, metaphor or not.

Set in Clerkenwell (which, by the way, was called “London’s Little Italy” up until the early 20th Century. Fun fact!), the place is named after one of Rome’s seven ancient hills, and comes with a neatly blended interior of cold concrete fittings and warm yellow upholstery. The open kitchen has a fresh pasta machine, and both a wood-burning and a stone oven, all of which means you get: 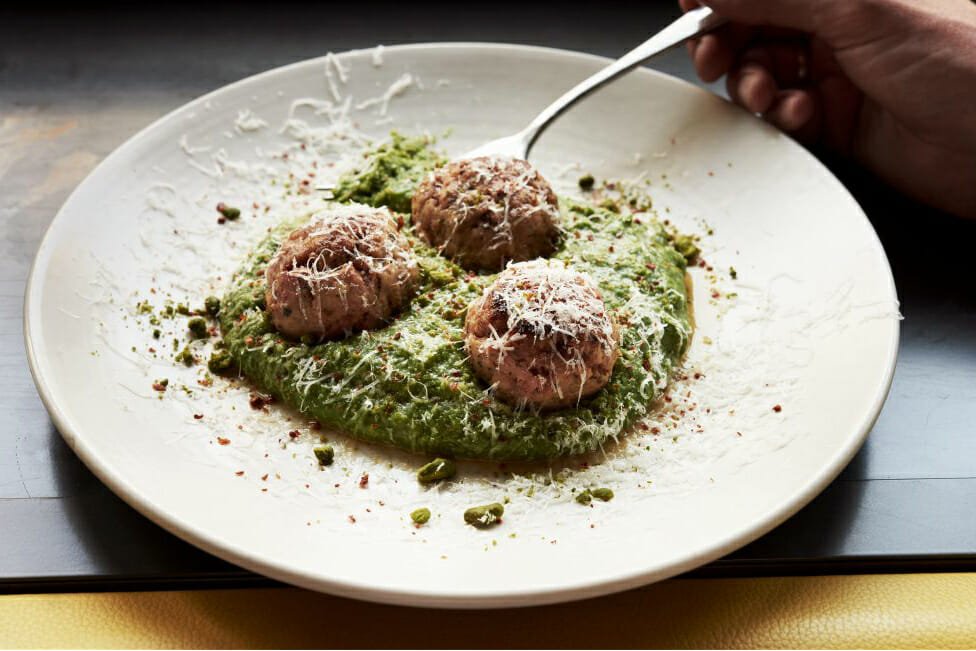 If you’ve never had chicken & pistachio meatballs, start here. Or you could just have some of their viganorla (Roman stew). Or a whole roast seabream with salsa verde. Then cap it all with,

You can’t really go wrong with a chocolate cake with pistachio & honeycomb, or a grappa panna cotta with flat peach & basil. And no Italian restaurant would be complete without some tiramisù.

After all. When in Rome.

NOTE: Palatino is now closed, but you can still find Stevie Parle’s cooking at JOY and Pastaio.

Like Stevie Parle restaurants? Of course you do. So check out Pastaio too.