You know the story.

A youngster is initiated into the family cooking tradition, goes off to a prestigious cookery school, cuts their teeth at a string of Michelin-starred restaurants abroad and returns home to open a place of their own.

Well, this is not that story.

This is a story about a guy who “fell into cooking in a truly random way”, starting out as front of house in Stevie Parle’s Dock Kitchen, where, after a time, he accidentally found himself dabbling in the actual kitchen. And we’re glad he did.

His name is Alex Jackson, and after landing a gig as head chef at Parle’s second venture, Rotorino, and a brief spell in cheesemaking, he’s returned to his (now obvious) true calling. His first venture, overseen by mentor Stevie, is Sardine – an airy space annexed to the Parasol art gallery in Old Street, hosting relaxed all-day dining influenced by a broad spread of Mediterranean countries. 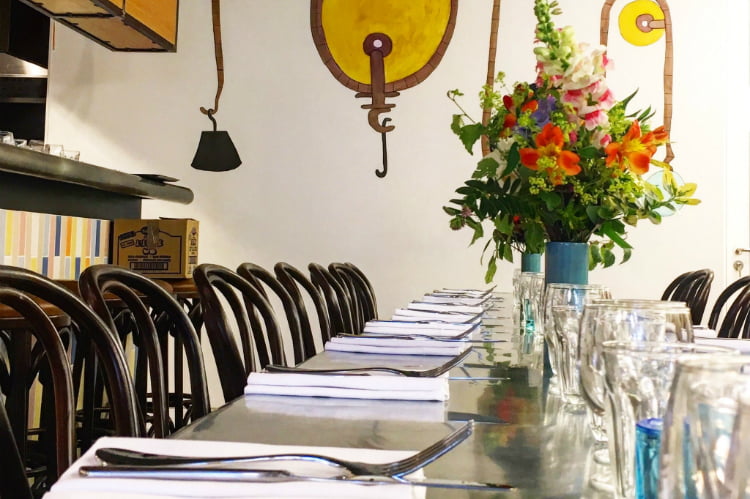 Drinks, meanwhile, can be found in the form of a sharp and concise wine list featuring Southern French and Italian wines, all hand-selected by ex-River Café and Lyle’s sommelier, Courtney Stebbings.

Trust us. This one’s a shoal-stopper.

Like being in the loop about London’s newest openings? Check out our guide to the best recently opened restaurants