Never before has London had a bar inspired by the inimitable David Bowie.

But now that’s all ch-ch-ch-changed.

Welcome to Ziggy’s, now open in Piccadilly’s Café Royal, where Bowie frequently partied back in the day along with Lou Reed, Mick Jagger and Paul McCartney. In fact, it’s set up in the very same place where he threw a giant send-off party for his flame-haired alter ego, Ziggy Stardust, back in 1973.

Now, the venue has been remade as an homage to the man himself without ever veering into pastiche; you’ll find yourself surrounded by walls dressed in padded leather, tastefully retro seating, black marble & gold fittings, and half a dozen portraits of Bowie taken by his official tour photographer, the suitably named Mick Rock. On Wednesdays-Saturdays (7-10pm), there’s even a live band playing Bowie hits and 70s music to set the tone. 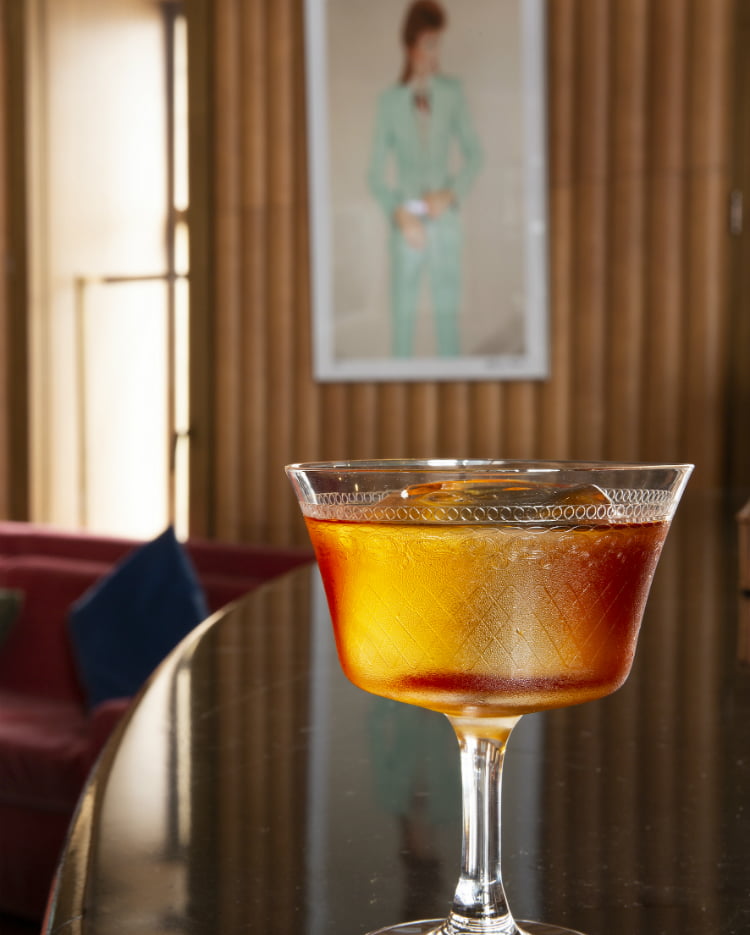 Naturally that inspiration has spilled into the drinks menu, too. There are modern twists on Bowie’s old favourites, as well as signature numbers named after some of his more famous lyrics.

They’ve been created by Fabio Spinetti, previously of The Connaught, currently 2nd in the World’s 50 Best Bars, which makes him something of a star-man…

…just don’t feel Under Pressure to try them all.