Behold your invitation to a masked soirée in a palatial East End building, where you’ll shroud yourself in disguise, uncover a trail of nefarious deeds and find yourself surrounded by the depraved, the unholy and the recently deceased.

You can stick it on the fridge with the others.

Of course the reason that you should attend this particular party is that it’s the next immersive spectacle from the internationally acclaimed theatre troupe, Secret Theatre. After sell-out runs both here and in Hong Kong, they’re back with a brand new show that promises to artfully blend SE7EN with Eyes Wide Shut to take you on a deep-dive into a wicked world of debauchery and twisted retribution. 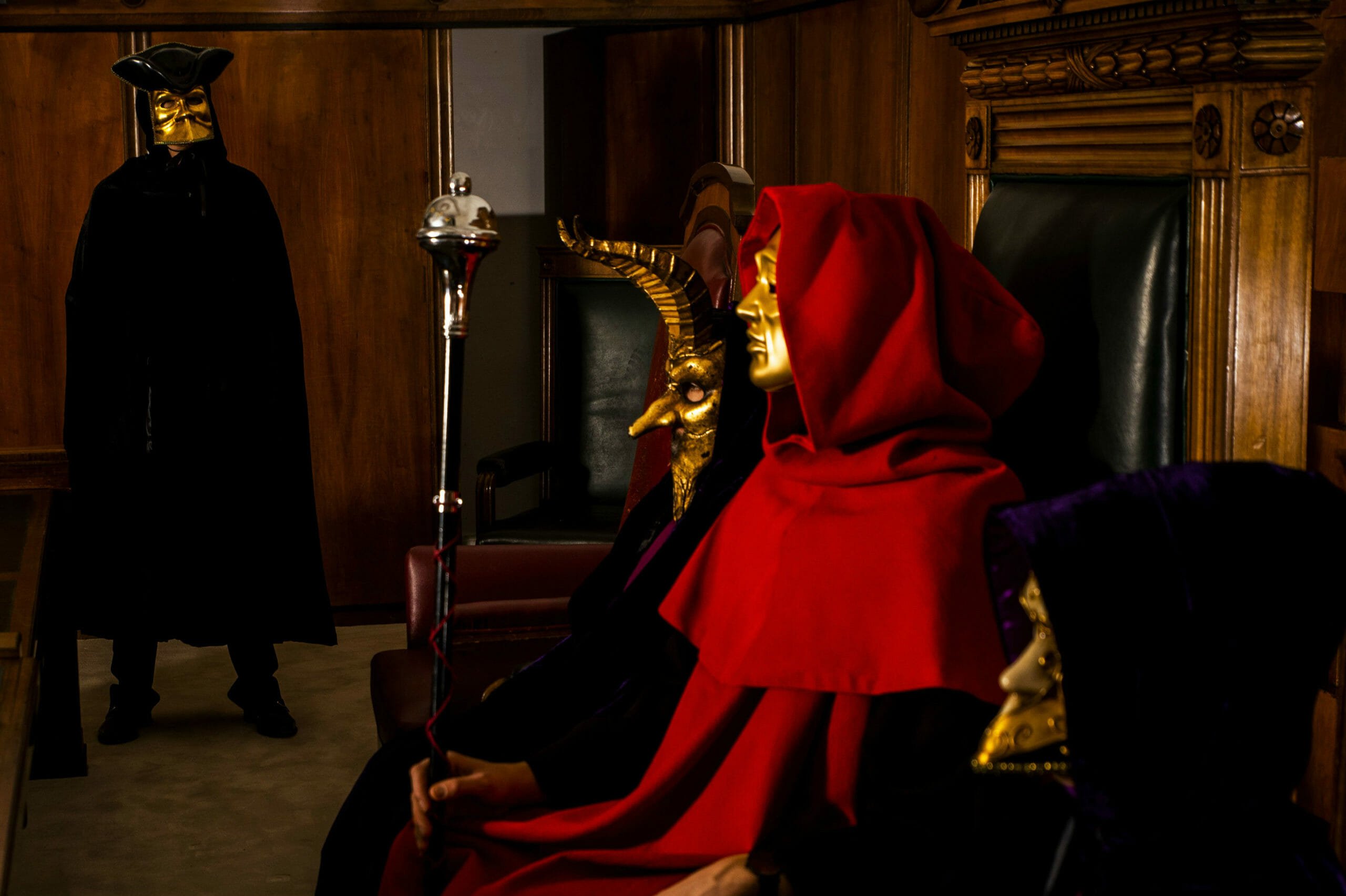 To gain admission, you’ll need to track down the secret location marked on your invitation, slip the doorman a password, and don your disguise. If you’re feeling decadent, you might even start with a two-course supper in the restaurant, Paradise Lost. And when the clock strikes half past seven, you’ll be beckoned into the main event: a hedonistic masquerade brimming with cocktails, live music and dancing.

But, as is so often the case with hedonistic masquerades, all is not as it seems.

As the evening takes a dramatic turn, you’ll be led down dimly lit corridors and into private hotel suites as you uncover a trail of disturbing and dark misdeeds. You’ll find yourself separated off as you mingle with different characters, untangling riddles, exploring crime scenes and piecing together mysterious scraps of evidence. Because as the night wears on, guests seem to keep disappearing, and you’ll find yourself at the heart of a murderous conspiracy that will require all your wits, tenacity and nerve to unravel… and escape.

Because this isn’t the sort of party where you can just make a subtle French exit.

NOTE: The Invitation has been temporarily suspended as a precautionary public health measure. We’ll update this page when the show is back up and running.