If you stacked thirty and a quarter Horatio Nelsons on top of one another, you’d just about reach the top of the monument that commemorates him. Rising 169 feet over Trafalgar Square, Nelson’s Column marks the diminutive admiral’s military victories against the Spanish and French in the early 19th century.

Built in the 1840s, it’s now one of Central London’s most famous landmarks, greeting you as you exit Charing Cross tube station. Construction cost the equivalent of £5.3 million today, a good portion of which was funded by Tsar Nicholas I of Russia. 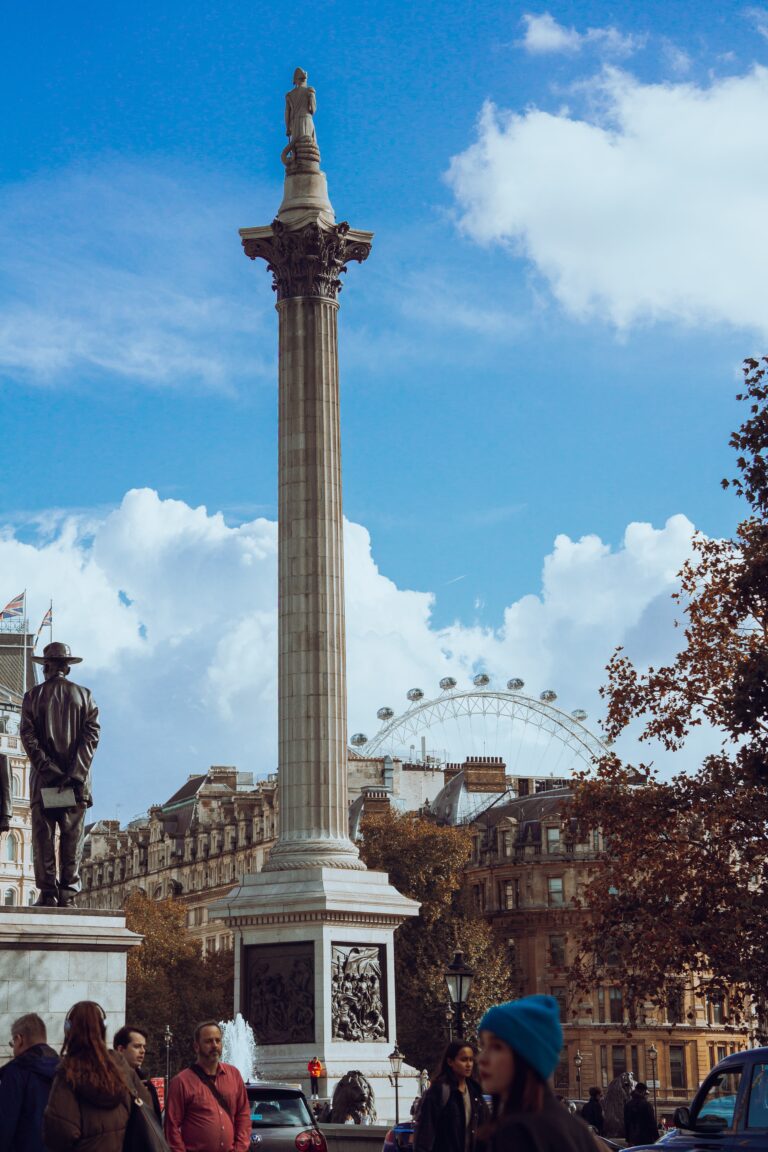 Around the base of Nelson’s Column are bronze panels showing Nelson in various acts of derring-do in four major battles, including the one that killed him in 1805. His fleet’s triumph in the Battle of Trafalgar put an end to Napoleon’s designs to invade Britain, and Nelson was hailed as a national hero (naturally, his body was brought back to the country stuffed and pickled in a cask of rum). In a final V sign to the French, the panels, and the four lions that were added later, were made from captured guns that were melted down and remoulded.

Unless you’re John Noakes, the Blue Peter presenter who famously climbed up Nelson’s Column via a series of barely secured ladders in 1977, you’ll have less idea what’s at the top. Here Nelson stands proud in full military garb, bicorne hat secure on his head, sword resting in one hand, and an empty sleeve pinned to his coat (he lost his right arm and eye in battle). He also has a chip on his shoulder – a chunk was taken out by lightning in the 1890s. At 18 feet tall, he’s rather more, um, statuesque than he was in the flesh. 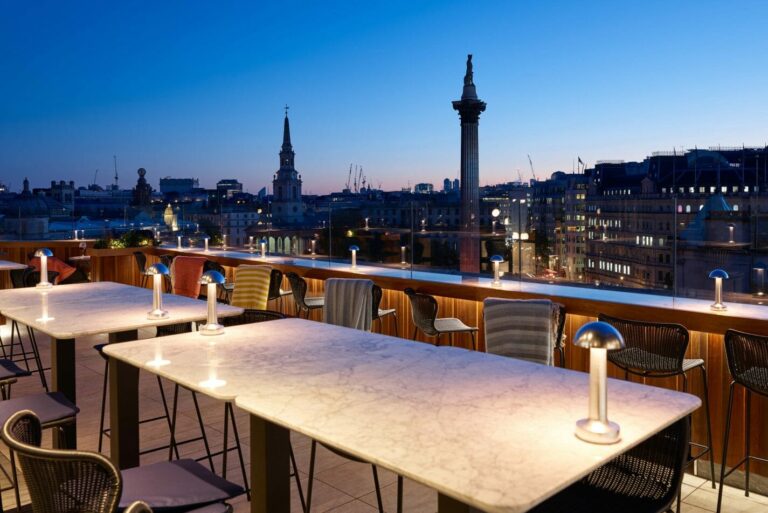 You can (almost) look Nelson in the eye by having a drink at the rooftop bar of the nearby Trafalgar St. James Hotel. He also features in 77 paintings in The National Gallery, which overlooks Trafalgar Square, and in 86 paintings at the National Portrait Gallery, just round the corner. Once you’ve had your fill of 19th-century naval commanders, make peace with the French again by dining at the excellent Frenchie, a short walk away.

Ticking off London’s landmarks? Check out these London attractions that are actually worth seeing…

Things To Do | Bank

The London Mithraeum A ruined, subterranean temple built for a Roman cult….

Things To Do | Tower Hill

Greenwich Foot Tunnel A subterranean Victorian tunnel beneath the Thames….