The intimate cocktail bar found at 69 Colebrooke Row is known as “The Bar With No Name”.

The problem with this being that people need to refer to it as something, so its name has actually now become, “The Bar With No Name”.

Fortunately, however, its name is the least relevant bit about it.

And, even more fortunately, we have the most important questions (where is it, and is it any good?) covered…

Cocktail genius Tony Conigliaro is the mastermind behind the bar’s pioneering drinks menu.

Observing chefs at work throughout his bartending career, Tony began to incorporate culinary techniques into his mixology in order to create unique drinking experiences, which he also delivers at Bar Termini, Untitled, and the Zetter Townhouses. 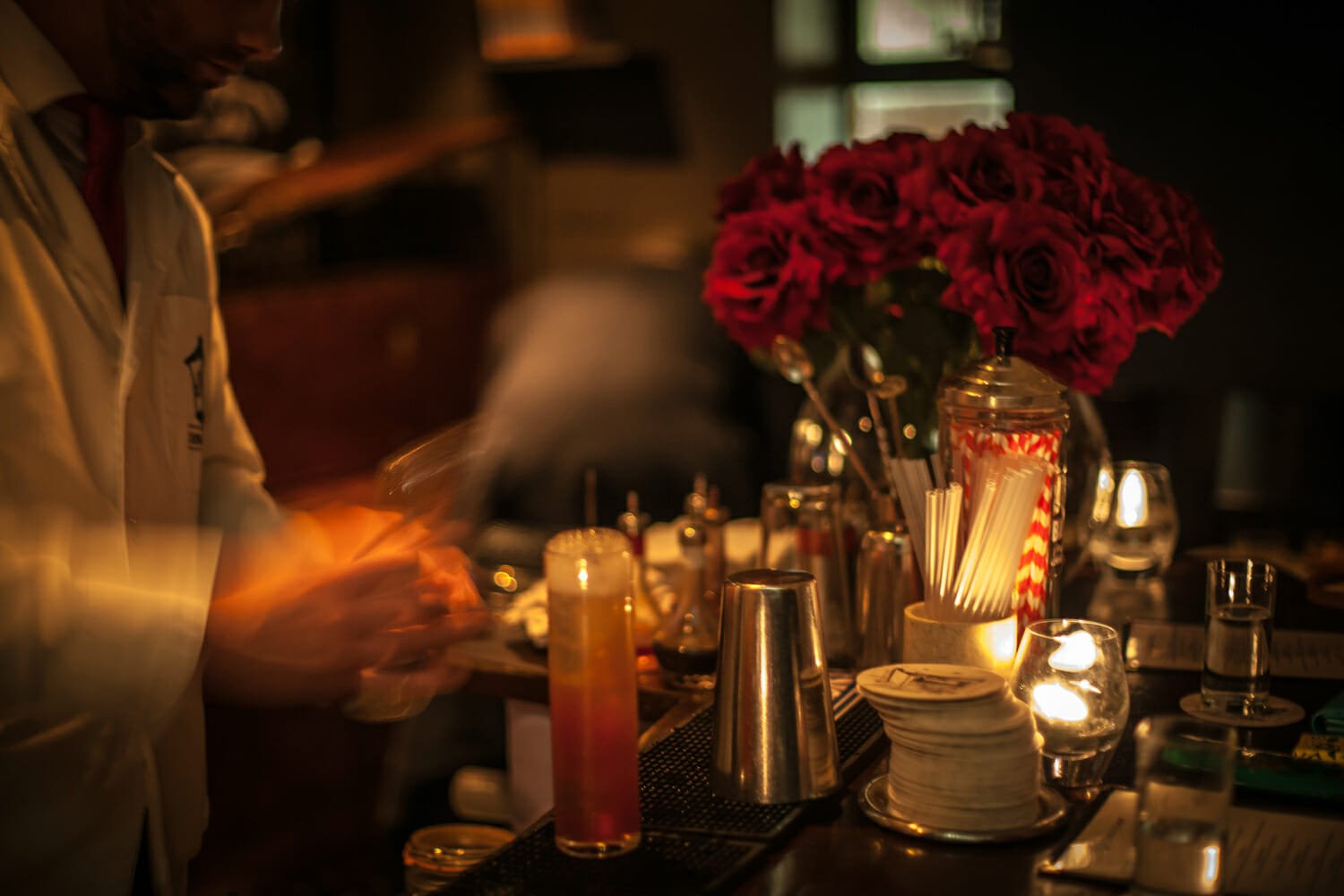 You’ll notice on entering no. 69 that it’s a particularly simple, and small, bar. No exposed brickwork, no graffiti, vintage furniture, neon signs or, for that matter, any other popular “crowd-pullers” here: the space exists for one reason alone…. to facilitate the imbibing of Tony’s creations.

If you’re feeling particularly adventurous, the Prairie Oyster’s comprised of tomato yolk, horseradish, shallots and micro herbs, while the Apple and Hay bellini is, well, exactly that. For a truly exquisite drink, try the Terroir, a heady mix of distilled clay, flint and lichen served straight from the bottle.

Would a rose, if it had no name, still smell as sweet?

Yes, yes it would.

NOTE: 69 Colebrooke Row is open Tues-Sun from 5pm (until 2am Fri & Sat), and there’s live music on Wednesdays, Thursdays & Sundays. You can either reserve a table here (advised, as it’s very small), or simply walk on in.

Since you’re in the area… check out our guide to the best bars in Islington.