Aerial At The Broadcaster

…Aerial is up there.

Because frankly, as puns go, that one gets a great reception.

It’s the shiny new crown sitting on top of The Broadcaster, a pub & restaurant from the people behind The Lighterman, which sits in the White City space whose hallowed halls once bustled with the legends behind virtually every hit the BBC had over the last half century, from Only Fools and Horses, to Monty Python, Blackadder, Fawlty Towers, Top of the Pops, Match of the Day, Doctor Who, Blue Peter, Strictly Come Dancing, you name it, there are literally dozens more.

Once inside the Broadcaster, you’ll have to make your way up several flights of stairs to get up to the roof. Embrace the climb, it’ll help to build up a powerful thirst. At the top, you’ll find a large, wood-filled space running the length of the roof itself lined by tables & olive trees, and covered with an extremely useful retractable roof. It all looks down over the iconic courtyard below, and you can see the BBC’s familiar white-dotted Television Centre logo right there at eye-level.

From one of the two small bars, you’ll be able to net yourself a pair of frozé slushies, as well as cocktails from the East London Liquor Company, who’re cheating on their particular hemisphere of the capital here out west with the likes of a rhubarb & cherry collins; a basil & rosemary-loaded Mediterranean G&T; and an NY Highball with whiskey, lemon, and a Grenache wine float. 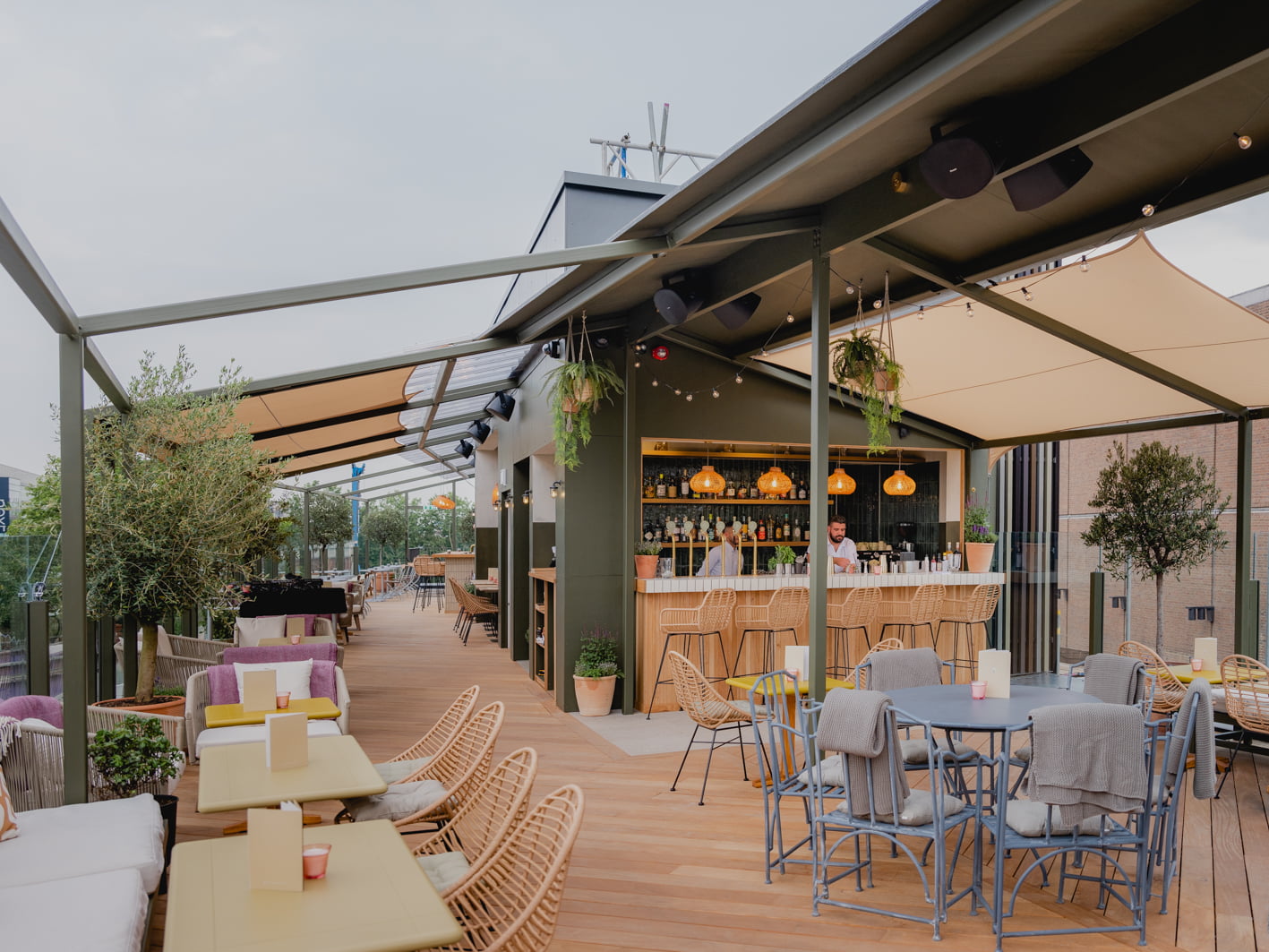 If you fancy a bite too, there’s a BBQ menu from which you can score yourself some marinaded pork chops; a shrimp burger covered in Bloody Mary mayo; an ocean trout steak cooled with herbal green sauce; and some spiced aubergine with goat’s cheese.

They may not be the BBC, but they’re keeping one traditional alive…

…they put on a good show.

NOTE: Aerial at The Broadcaster is open now, Tuesday-Sunday. Walk-ins are welcome, or you can make a booking right here.

Aerial at The Broadcaster