But make no mistake. Making good alcohol is a fine art. And it’s one that the nice people at CRATE Brewery are happy to share with you.

After tasting a level of success normally reserved for macro brewers, they’re inviting in the drinking public to take a tour of their canal-adjacent Hackney Wick brewshed and get a look at how they do it. You’ll be taken behind the scenes in areas not normally accessible to Joe Public, and not only see how they turn water, hops, malt, and yeast into delicious beer, but the whole thing will be colourfully illustrated with a thoroughly entertaining history of both craft beer and brewing itself. The tours come in two sizes… 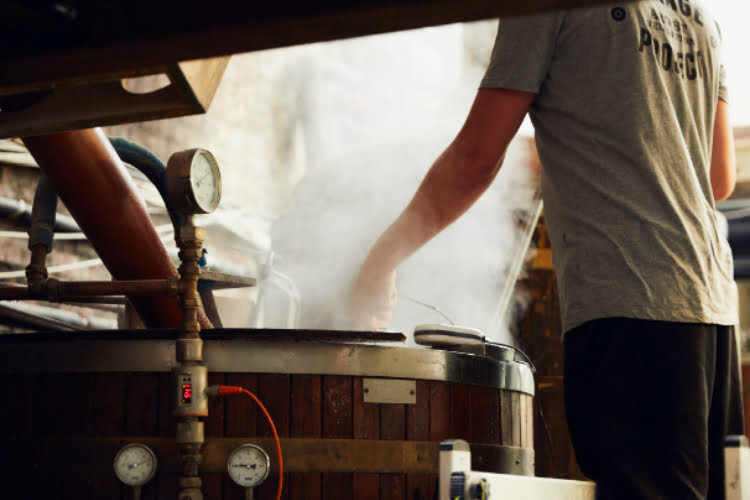 This lasts for about an hour, during which time you’ll get to sample all of the ingredients before they’re combined, then as the name somewhat hints at, taste some of the fruits of their labours. Meaning the beer. If you want something a little more top-shelf, however, you can always opt for,

This one lasts for two hours, going more in-depth, and giving you a taste of literally every beer they make. And because you don’t want to drink all that booze on an empty stomach, they’ll throw in some delicatessen sharing platters too, loaded with cheeses, meats, olives, pesto, breads, and preserves all chosen specifically to complement the beers.

Looking for more than a taster? Luckily, they serve all their beers on tap (plus a few other handpicked craft brews) in their own taproom, which takes up a sizeable portion of their industrial warehouse home. They’ve even got a pizza oven in there, serving dough with premium toppings like Kashmiri Dahl and mozzarella; courgette, feta and gremolata; and sweet potato, stilton and walnut. There’s even an al fresco area round the back, overlooking Hackney’s canals.

As far as we understand, you can’t make beer in those.

Want to arrive in style? Well, you can kayak your way there…