And the fact that they’re returning for a second winter with a new cocktail menu, live music and a pop up cinema… means that other venues will start to really look up to it.

The space itself is pretty, well, pretty, with a sizeable pergola covered in wintery plants & flowers garnishing the entire rooftop, plenty of tables, and festoon lighting stretching from one end to the other. For this winter, they’ve adopted a Bavarian theme, which means you might come across the odd live oompah band, too. Here’s what else they have going on up there: 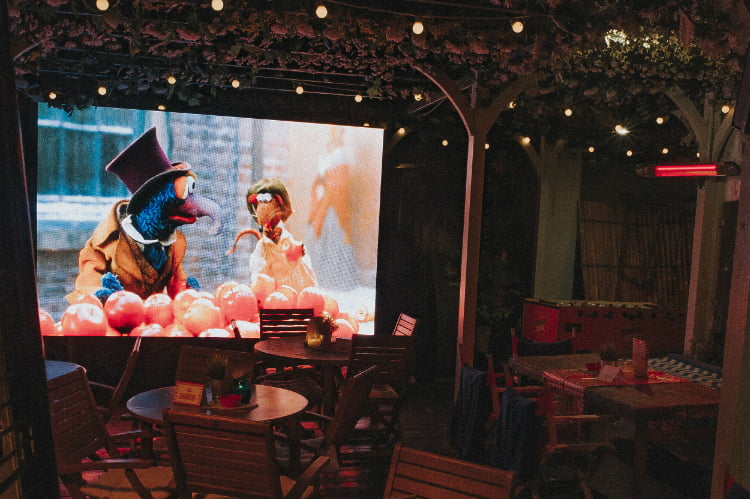 Befitting the festive theme, you can score mulled wine and cider here, alongside German brews on draught. And they’ve gone all out with the cocktails, too, filling them with spices and Christmassy flavours – like the Gingerilla, with vanilla vodka, blackberry jam and gingerbread syrup (served with a mini gingerbread on the side). If you’re a little more peckish, there’s plenty of Bavarian bar snacks to tide you over, from pretzels to sauerkraut burgers and BBQ Schnitzel.

On top of all this, they’re also reviving the Camden Rooftop Cinema Club, which’ll be showing flicks al fresco throughout the winter. They’re leaning into the rom com genre, with Pretty Woman, Dirty Dancing and Something About Mary on the roster – and you can expect more festive classics as the big day nears.

NOTE: FEST Camden is open daily from noon (until 2.30am Thurs-Sat). You can find out more and book a table HERE.

Like rooftop drinking? Check out the best rooftop bars in London

The World's No.1 Bar Just Got A Sibling You’ll find it hidden behind a velvet curtain in the Champagne Room of one of the world’s best hotels….