In fact, given that Jesus literally started a winery in his own circulatory system, the relationship couldn’t get much closer.

So it seems actually quite appropriate that Hackney Church Brew Co. should open opposite, and indeed be named after, a church. 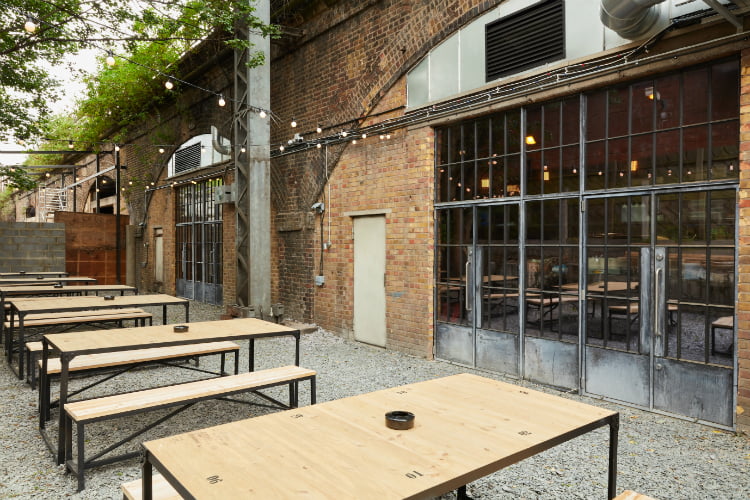 That church is called St John at Hackney, and it’s located – shocker – in Hackney. And now, mirroring its vaulted ceiling and expansive interior, is said brewery’s taproom, which the owners have filled by pressing pew seating against the walls and putting an altar-like metal bar at the rear. And to cap it all, there’s a large alfresco seating area with festoon lighting for when the sun dips below the horizon.

Here’s what they have going on during service: 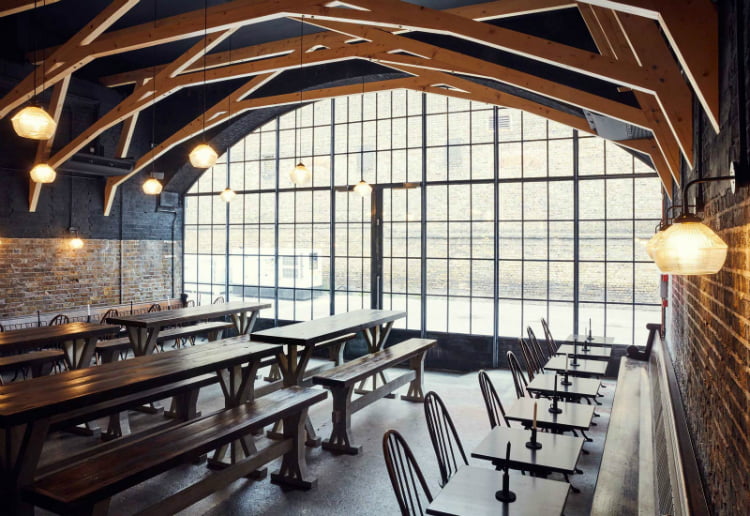 The day’s barley pops – all brewed in house of course, with the exception of a few rotating guest beers – are written on the chalkboard above the bar like hymnals, with space for a dozen at a time. They’re brewing all manner of crafts, from pale ales, to lagers, pilsners, IPAs, and imperial stouts.

Sitting above those taps, they also have a fair few bottles of wine racked up and ready to pour, and simple mixers: gin with rhubarb, demerara rum & ginger beer, whisky with aromatic tonic, vodka with elderflower, etc. 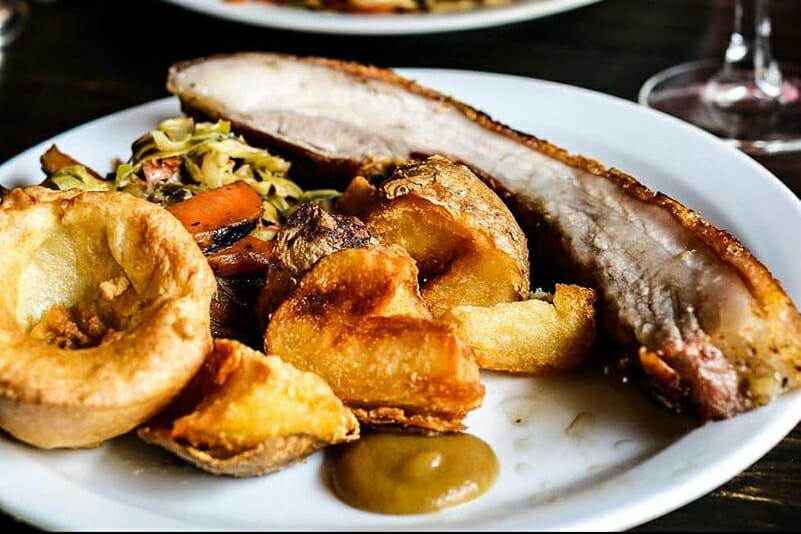 They’re inviting a rotating lineup of chefs in to man the kitchen, with the team behind Lagom – a live-fire cooking outfit – currently at the helm. Every Sunday they serve up an excellent roast dinner, with pork, lamb, chicken and beef, as well as fried cauliflower or grilled celeriac for the veggies. And it all goes perfectly with beer.

You can take it as gospel.

NOTE: Hackney Church Brew Co. is open Tuesday-Sunday from noon. You can find out more at their website right HERE.