In ancient Ireland, hospitality wasn’t just expected – it was mandated by law.

Under Brehon Law, welcoming weary travellers into one’s home and providing food, drink, entertainment and a place to sleep was an enforced custom that was punishable if refused.

Fast forward a few centuries, and Homeboy is still championing that ethos. Minus the sleepover bit. And you do have to pay. But basically it’s the same, and the Embassy Gardens bar — south London sibling of the beloved Islington outpost — is a bastion of modern Irish hospitality, with a commitment to conviviality at its heart.

Irish proprietors Aaron Wall & Ciarán Smith run the joint. The duo are seasoned deliverers of the craic, having had stints manning the bars at the likes of Callooh Callay, London Cocktail Club, The Dorchester, and Waldorf Astoria NYC. So they know their way around a cocktail shaker. 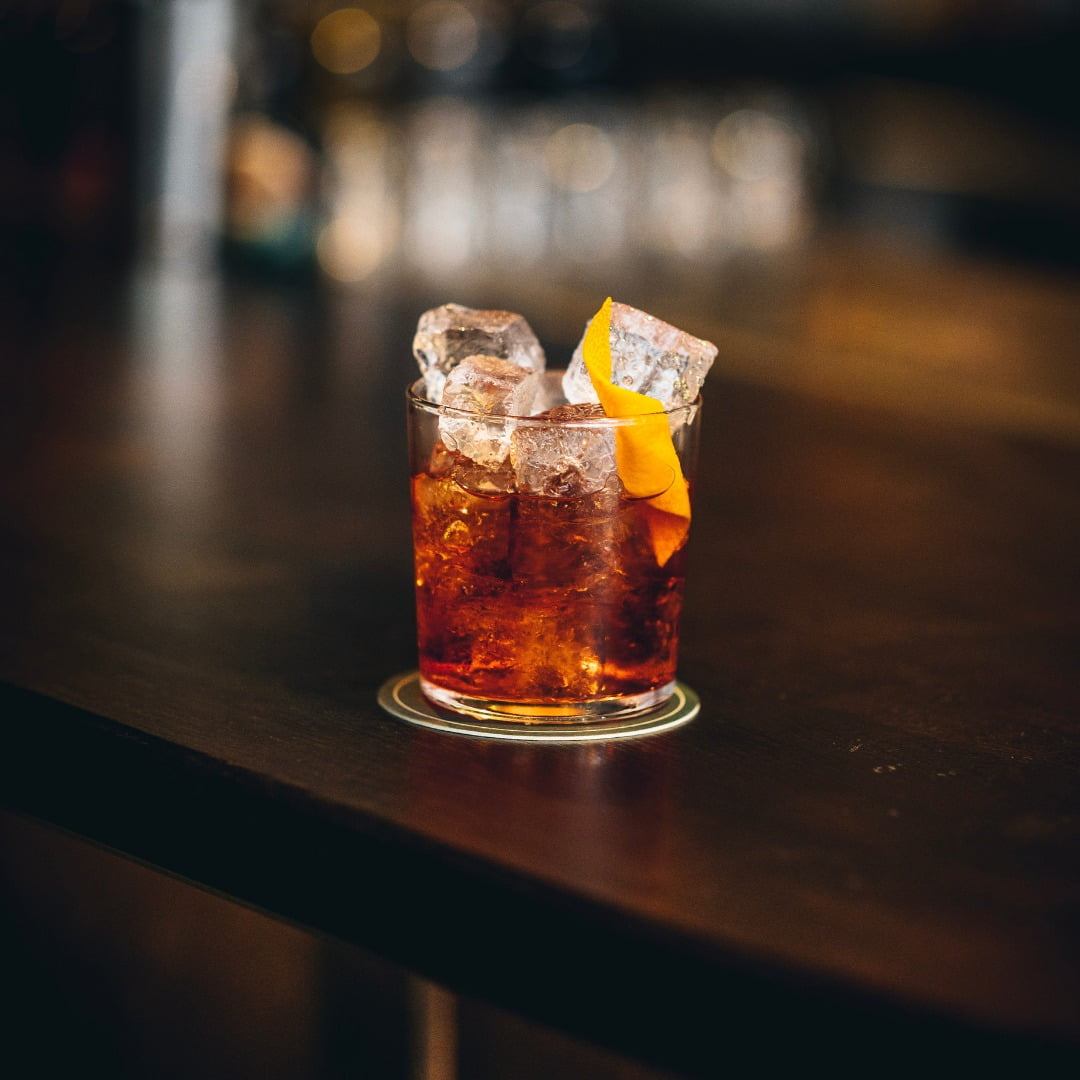 Like its North London counterpart, Homeboy in Battersea gives off serious speakeasy vibes. Despite its high ceilings and cavernous quality, it manages to retain a cosiness, thanks to the dim lighting, deep green studded leather banquettes, and an impressively stocked bar in the centre that emits a warm amber glow. An 85-seat terrace wraps around the front, which is where you’ll want to park yourself in the warmer months.

The boys sure know how to pour a cracking pint of Guinness, but it’s the cocktails you should come for. The sizeable menu lists a combination of subtle riffs on the classics (e.g. Sex Advice, a twist on the Cosmo); innovative flavour fusions (grapefruit sherbet is a fun addition to the Champagne Paloma); and cocktails that showcase the versatility of Irish whiskey (such as the Taoiseach: a woody union of Irish whiskey, sweet vermouth, triple sec, orange and Angostura, with a drop of pomegranate syrup).

There’s an all day food menu for when you get peckish, featuring crowd-pleasing classics like fish & chips and cheeseburgers alongside traditional Irish fare such as smoked salmon with soda bread and a hearty Irish stew.

The cheery staff, delicious drams and classic comfort food make Homeboy the sort of place to settle into for a good few hours.

NOTE: Homeboy Battersea is open daily, 12pm-12am (1am Fri/Sat). You can find out more and make a booking at the website right HERE.