Is what Hop Burns & Black would say if they were asked to describe themselves in eight words.

…is what we’d say if we were asked to describe them in two.

If you don’t know about it you risk walking past it, sandwiched between a bike shop and Pappa John’s Pizza on East Dulwich Road. Otherwise, maybe you’d think it was just a shop, which it is…in part, selling the most handsome selection of craft beers you’ve likely ever seen. They also have a ridiculous selection of hot sauce (the ‘burns’), and both new and vintage vinyls (‘the blacks’). Obviously. 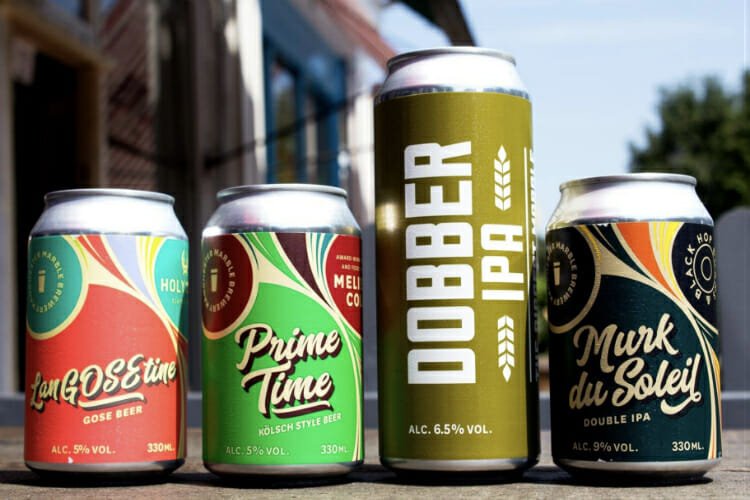 It doubles up as a tasting room though, and by that we mean they have a number of wooden picnic tables outside where you can stay and taste as many beers as you please. Maybe you pick a couple of cold cans from their fridge, or they have a small selection of suds on draught. Either way, your choice is 350 strong with Cloudwater, Howling Hops, Gamma Brewing, and Pressure Drop as just a few of your many options. They also sell cider and mead if you’d prefer, as well as natural wines, and small batch spirits. 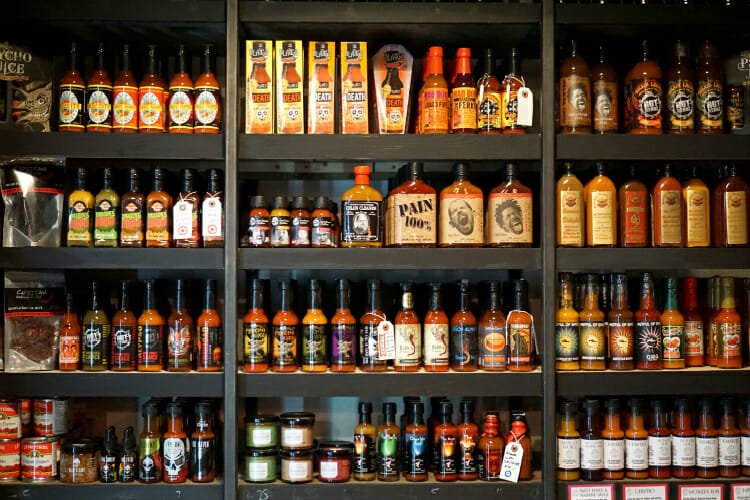 If subscriptions services are your kinda thing, they’ve got one of those too: ‘All Killer, No Filler’. Their argument is that most subscription services very obviously bundle up great beers, with not so great beers, and then sell them as a package that only really benefits the vendor. Instead, Hop Burns & Black offer boxes of ten to twelve of what they’d consider to be the absolute best beers out there – ‘small-batch collaborations, international rarities, or Hop Burns & Black exclusives‘. All their boxes also all come with detailed tasting notes, and suggested food pairings. You know….

After a couple of bevvys…. take a wander to Mr Bao for some nosh. Bao chicka wow wow.