Mr Fogg’s have a new bar.

It’s not to be mist.

For one, because this is the fourth bar in the Mr. Fogg’s dynasty, following the runaway success of his Mayfair Residence and Covent Garden tavern and gin parlour, both of which are pretty stellar. And for two, because this one’s set in a grand two storey Fitzrovia townhouse & garden, which they’ve given the feel of a lush, verdant Victorian glass house.

They’ve accomplished this by scattering tall, frond-heavy potted plants about the parquet flooring of the ground floor bar, allowing a deluge of natural light to flow in through the huge sash windows, and having birdcages filled with boughs of exotic flowers dangle from the double-height ceiling above. Heading up the stairs, you’ll find a second bar, in a slightly more cosy & atmospheric space populated by studded armchairs & chintzy florals… 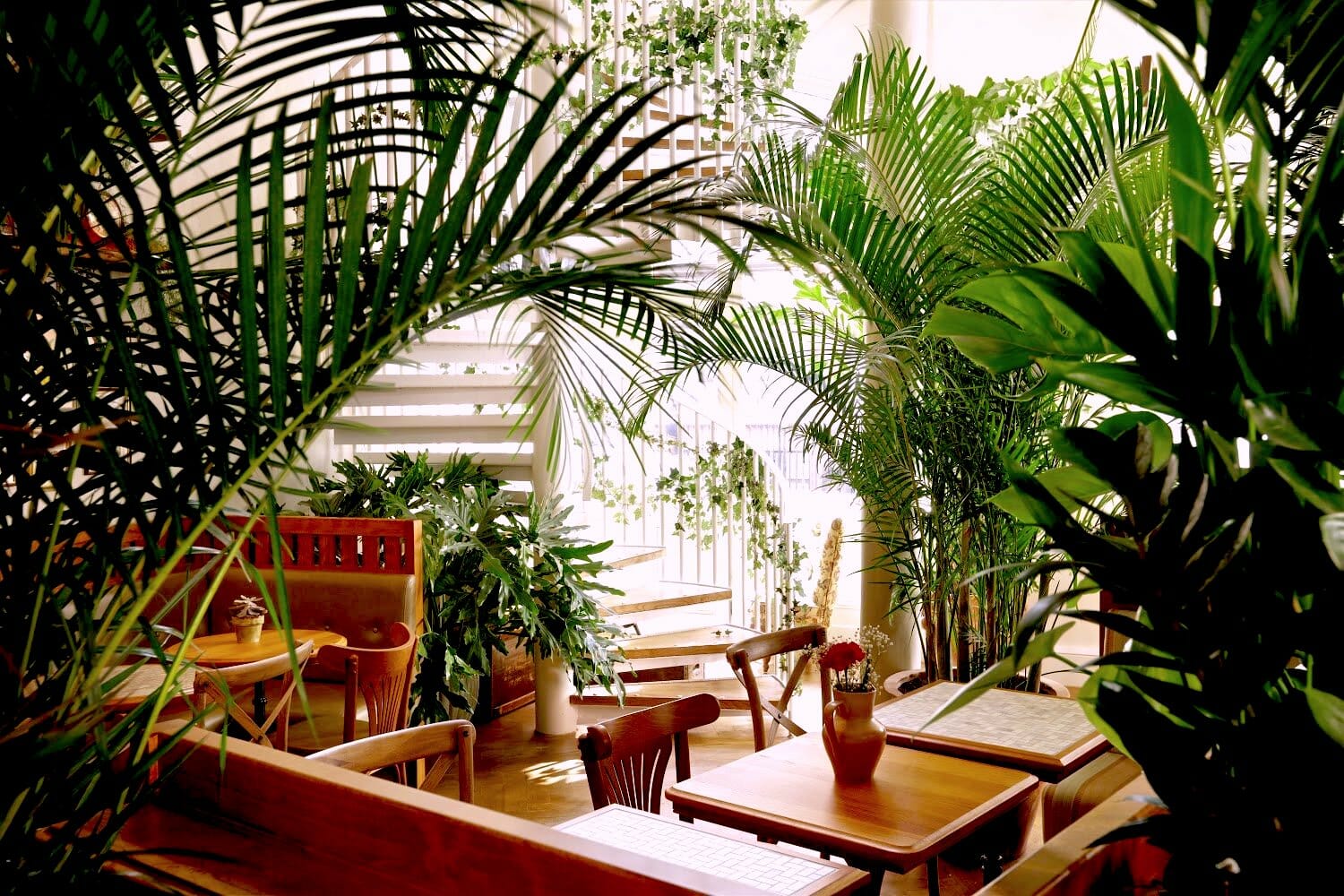 All of those flowers have also made their way into the drinks, and not because someone hasn’t hung them up properly, but because the menu (named ‘The Secret Language of Flowers Menu’) is based on the Victorian tradition of giving certain blooms to express hidden emotions – and meaning they’re rustling up drinks like the Flight of the Hummingbird (which blends rum, Aperol, raspberry, spiced pineapple, and egg white), and the Cherry Blossom, a mix of gin, Evangelista Ratafia (a blend of wine & black cherry), almond, pineapple, falernum, lime and, Japanese cherry blossom Sakura tea foam.

There’s edible goodness on offer too, with small bites like confit chicken & pine nut croquettes with roasted chicken gravy & chives; larger bar bites including sweetcorn & chickpea fritters with halloumi, and basil yogurt; or some smoked trout served with a cucumber salad, juniper berry sour cream & spiced soda bread. And for a sweet cap to all of it, they’ve rather innovatively got some honey crumpets on offer topped with whipped honey butter & rosemary honeycomb.

NOTE: Mr. Fogg’s House of Botanicals is open now. You can find out more and reserve a table on their website HERE.