Mr. Fogg is on the move again.

See, having touched down in Mayfair, Covent Garden, and Fitzrovia, London’s preeminent Victorian-era cocktail den has now pitched up with a brand new bar on The Strand – a fitting location, since nearby Charing Cross was the starting point of his round-the-world voyage.

As well as, presumably, the end. 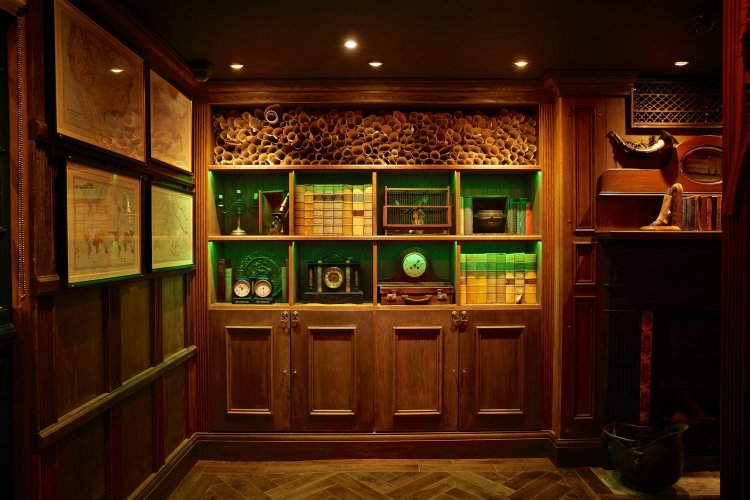 Like its predecessors, Mr. Fogg’s Society of Exploration is a low-lit, atmospheric drinking den, cloaked in Victorian-era trinkets and antique bric-a-brac. However – where its previous incarnations have focussed on the fruits of those travels (garlands of exotic plants hanging in Mr. Fogg’s House of Botanicals; stuffed antelope protruding from the walls of Mr. Fogg’s Residence, etc), this spot is inspired by the art of exploration itself. It has the wood-panelled walls, sumptuous chesterfields and low-lighting of an old 19th century gentlemen’s club, with antique maps and portraits on the walls, and bookcases stuffed with old scrolls, timepieces and rusty contraptions.

And of course, like all decent gentlemen’s clubs, there’s a full size, Victorian train carriage bang in the middle of it.

But if that doesn’t punch your ticket, you can slip onto a banquette in the chintzy Library or head to the Map Room instead, which, in case you’re wondering, does indeed have its own resident explorer on hand to help you plan any upcoming trips you’ve been considering. 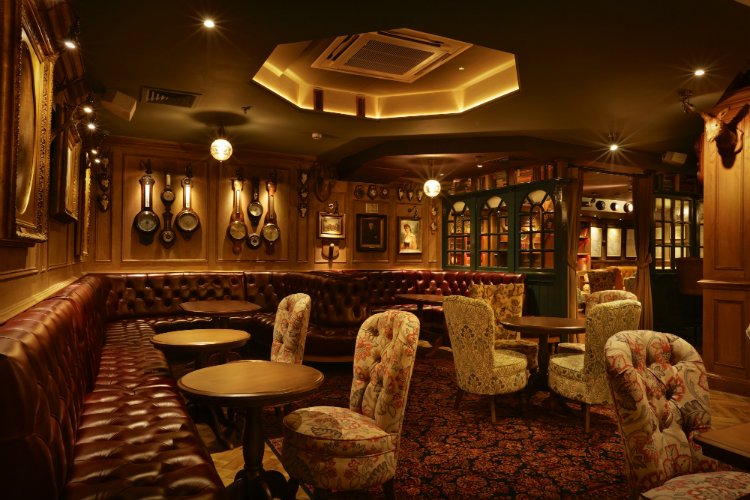 The drinks, naturally, have also taken inspiration from the spirit of adventure, pouring it into the likes of the ‘Valley of Silence’, combining gin with sake, milk and vanilla mirin, lime and egg white; and the sharing ‘Mirage’, which unsurprisingly sees absinthe mixed with vodka, bergamot liqueur, burnt lemon, salted honey and Peychaud’s bitters. And that inkling of the Industrial Revolution in the decor isn’t just for show – seek and ye shall find The Star of Bombay Rube Goldberg Machine; a multi-armed, steampunk-styled, automated cocktail maker in pride of place behind the bar.

And to eat? There’s their classic bar snacks (croquettes, crumpets and the like), but there’s also more exotic fare in the form of mealworms, crickets and grasshoppers.

For the truly adventurous, that is.

NOTE: Mr. Fogg’s Society of Exploration is open Monday-Saturday. You can find out more, check out the menu and book on his impressively futuristic website HERE.