And now it’s given us Newcomer Wines, too.

It’s a cosy little Dalston wine bar & offie that specialises in Austrian wine. And Austrian wine is pretty good these days. It’s mostly due to the fact that, way back in 1985, the entire industry was wiped out by one teeny tiny little antifreeze scandal. Since then, it’s been re-built literally from the ground up, with an understandably heavy emphasis on quality. Now, a few decades on, it’s finally come to fruition with a buzzing, creative, and extremely impressive viniculture scene. 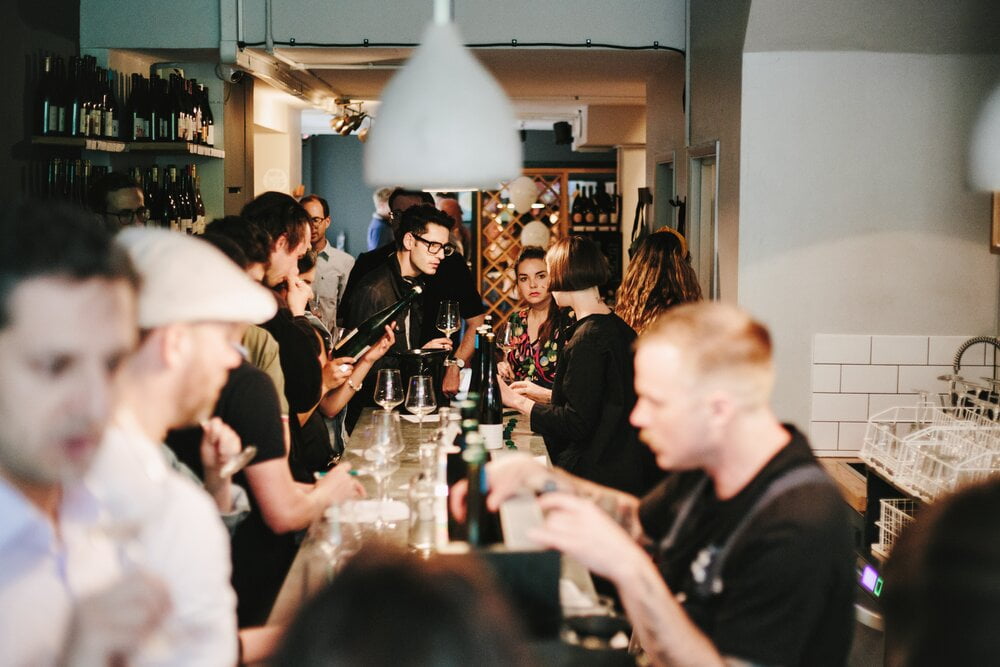 That scene is on full display at Newcomer, whose shelves are stacked with London’s largest selection of Austrian grape hooch. The shelves wrap around a small chrome-topped bar (there are some alfresco tables out back, too) where the somms will pour you a glass of something interesting starting at just £6.50. As is the case with Austrian wine as a whole, a large part of the selection is made of dry whites, but there’s something for pretty much everyone. And there’s a selection of other international wines too, plus some Austrian beers, just to round it all out.

To keep things interesting, they’ve got a decent program of tastings, parties, and masterclasses laid on throughout the year, as well as an online series in discussion with wine experts and growers from across the globe.

In case you want to pair them with your living room, too.

NOTE: Newcomer Wines is open Tues-Wed 3-8pm, Thurs-Fri 3-11pm, Sat 12-11pm. There are no bookings. You can find out more at their website right HERE.

Like yourself some grape hooch? Then you might want to check off a couple of these places too.

Aerial At The Broadcaster A rooftop bar in the former BBC Television Centre….