When the sun goes down, some people like bedtime stories.

And some people prefer Night Tales.

For those in the latter group, we have some very good news: Night Tales has covered its vast outdoor terrace for the winter, converting it into a cosy cold-weather nook filled with candles.

Here’s what you can expect…

There’s a new residency under the canopy, and it’s Sons of Slice – who’ll be seeing you through the winter with their pizzas topped with the likes of ‘Nduja, wild mushroom and black truffle-infused mozzarella. 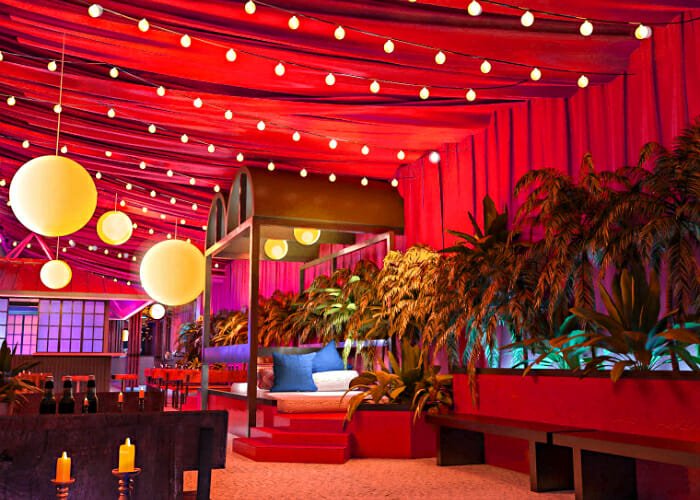 In honour of the new heated terrace, they’re warming you up from the inside, too, with an all-new winter drinks menu. Under the neon glow you can sip classic cocktails like Aperol Spritzes and Mules, or plump for one of their signatures – like the Moon Summers, with sherry, 10 year-aged Somerset Brandy, lemon and sweet vermouth. Then there’s the sharing cocktails (including a Giant Pornstar Martini and a fishbowl of ‘Acid Love’) and a whole list of winter warmers, like hot G&Ts (made with elderflower tonic and sloe gin), hot buttered rum, and their house Heatwave – which comes topped with mini marshmallows.

In its storied past, Night Tales has seen vinyl-pilots including Rudimental, Groove Armada, and Gorgon City; with recent guest DJs including Theo Kottis, Paramida, Ben Pearce and Bondax (who make bi-monthly appearances on the decks). So every night you can head under the railway arches and bust a move, with the club room open till late.

This ain’t no old wives’ Tales.

NOTE: Night Tales is open Fridays & Saturdays, 6pm-3am. Entry to the terrace is free, but tickets for the club start at £6 – see who’ll be on the decks, and book an area, HERE.

Looking for a dinner spot beforehand? Head to Peg