When Nightjar first opened ten years ago, their way of looking to the future of the London bar scene was by looking to its past.

The cocktail bar took pains to recreate the thoroughly old fashioned, prohibition-era vibes of live music, vintage cocktails, and moody ’30s decor, and in doing so, they basically helped to invent the modern speakeasy. And by way of thanks, the rest of the drinking world gave them a whole bunch of awards, landing them spots in the top three of the World’s 50 Best Bars list for years in a row.

And now, at long last, they’ve opened a second branch.

Settling in alongside the equally retro Disrepute and Cahoots in a corner of Soho that’s looking increasingly like a rip in the spacetime continuum, the front door is as innocuous as the original. As you stroll into Kingly Court, just off Carnaby Street, you’ll hear the melodious strains of hot club jazz floating up through a darkened doorway on your left. Nod at the doorman, and head downstairs… 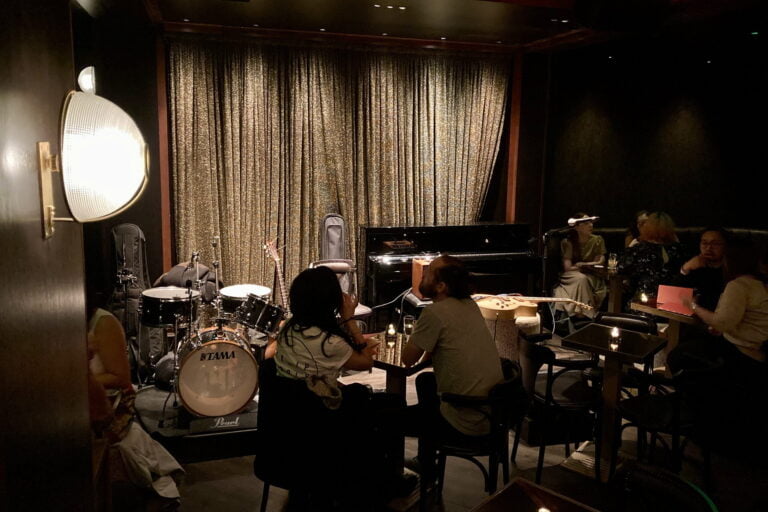 The space they’ve picked out ticks all the necessary ‘clandestine vintage cocktail bar’ boxes, being that it’s a) subterranean, and b) literally used to be a clandestine vintage cocktail bar – back in the 1930s it was home to The Blue Lagoon Club, the city’s first black-owned music club. Later in the ’50s it was run by Ronnie Scott himself, and over the years it’s held intimate gigs by everyone from Bob Marley to The Beatles.

They’ve given a nod to this illustrious midcentury history in the decor, with black leather booths set around glossy wood tables; a striking gold, backlit bar; and curved ceiling alcoves bathed in a warm, rosy glow. This is, however, unquestionably a Nightjar – the dark walls are lifted with stunning bespoke glass panels (if you’ve been to the Rivoli bar at the Ritz, they’re like giant versions of the ’30s Lalique panels in there); and at the back of the room, musicians perform three sets a night on a tiny stage decorated with a gold lurex curtain.

Just like the original, the menu’s set out chronologically. Spanning from pre-Prohibition to Postwar, it’s capped off by Nightjar Signatures like their extremely popular quintuple-rum combo, the Barrel Aged Zombie, and their highly creative take on the London Mule (which blends ginger liqueur with house-made galangal beer and bee pollen syrup). But there are some stellar new Carnaby-exclusive additions which include the Pearl, a salted martini which arrives with ‘seafoam’ in an oyster shell; the absinthe-laced Nightjar Boulevardier, which has a white chocolate chess piece at its centre; and the earthy Cascara, with vodka, roasted buckwheat infusion, coffee liqueur and date & balsamic reduction. Each are inventive, theatrically presented, and exceptionally delicious. 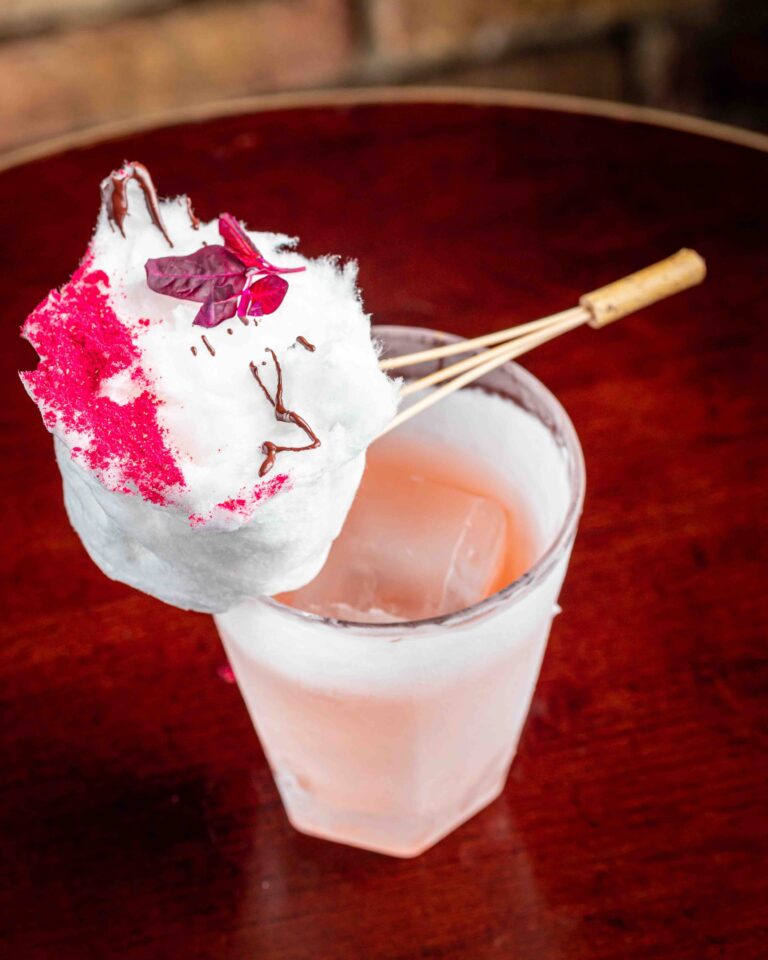 Finally, there’s a couple of small plates just for good measure, including cheeseboards; jamon serrano toasties; and crunchy little fennel tarallini bites. But if you want something more substantial to eat?

NOTE: Nightjar Carnaby is open now. You can find out more, and book a table, at their website right here.

While you’re there… here are the best restaurants in Soho