As we all know, the Pergola rooftops are gods amongst the pop up bar scene.

…that is, they’ve unveiled their first ever fully permanent site in West London, on the rooftop of the iconic Olympia Exhibition Centre. And it’s pretty dang lush. 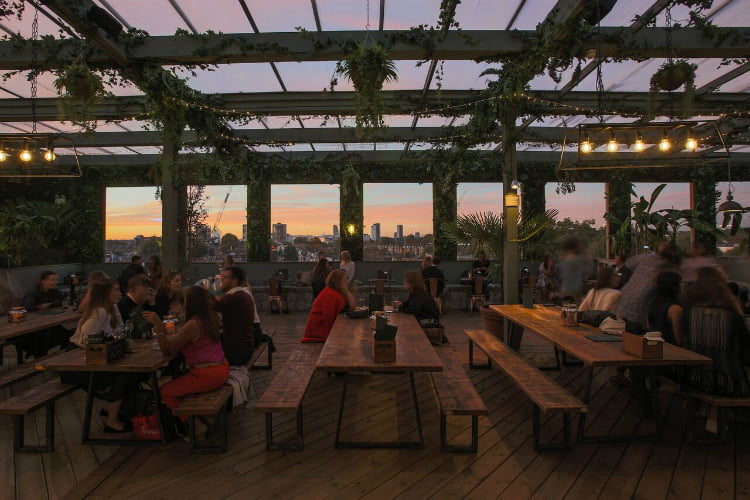 The top of the 130-year old building has never been used this way, and now that Kensington Roof Gardens are (temporarily) closed, it offers some uniquely stunning views over West London. But to keep it open year round, this isn’t an al fresco, pop-up style structure like its predecessors in White City and Paddington – instead, it’s a spacious, fully enclosed, conservatory-style bar with a glass roof and floor to ceiling windows, strung with fairylights, winding boughs of foliage overhead, and crammed with rustic tables and cosy booth seating with Moroccan-inspired tiling. 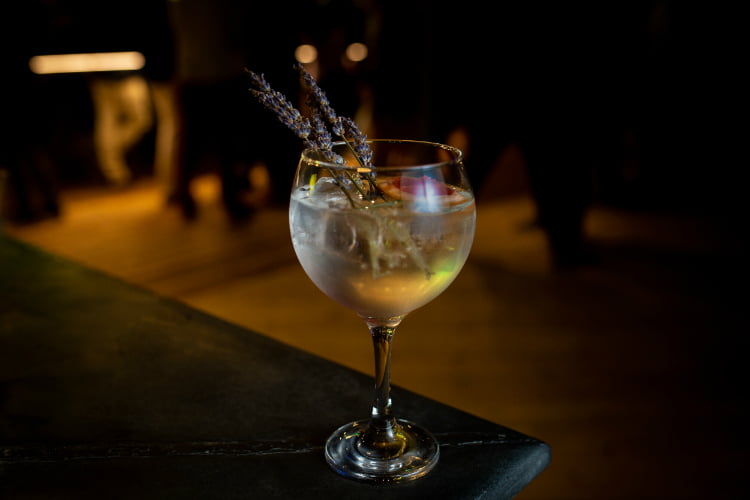 They come in handy for the feast of street food on offer, which here includes pop up versions of Chinese eatery Mamalan, cured meats and BBQ from Salt Shed, and a new spin-off from the Patty & Bun team, Jefferies – specialising in fried chicken. Of course, there’s plenty by way of drink too, with signature cocktails and craft brews served from behind a sprawling bar, which you can either sip at those picnic tables, or take back to the reclining day beds that you so wisely had the foresight to book…

The CLF Art Lounge And Roof Garden An impossibly cool cocktail lounge with its own roof garden.

The Brixton Brewery Taproom The freshest suds in South London.

The Scolt Head The Scolt Head takes its name from an offshore barrier island in Norfolk. Which is quite fitting really, as the pub too is a sort of island – a.