Paddington’s canals have got a lot more going for them these days.

And here’s a spot you do want to touch with a bargepole.

It’s called Pergola Paddington, and it’s commandeered a leafy, two-storey, 850-capacity semi-outdoor space in the Paddington Basin development for street food and cocktails. And you.

Shielded from the industrial views around it, it’s a little oasis amidst the glossy offices and bustling transport lines. You’ll arrive to find yourself on the fairy-lit upstairs terrace, equipped with cosy daybeds (large enough for up to 15 people, and bookable in advance), benches and a very large bar, at which you’ll spy cocktails on tap, draught beers, wine and G&Ts. 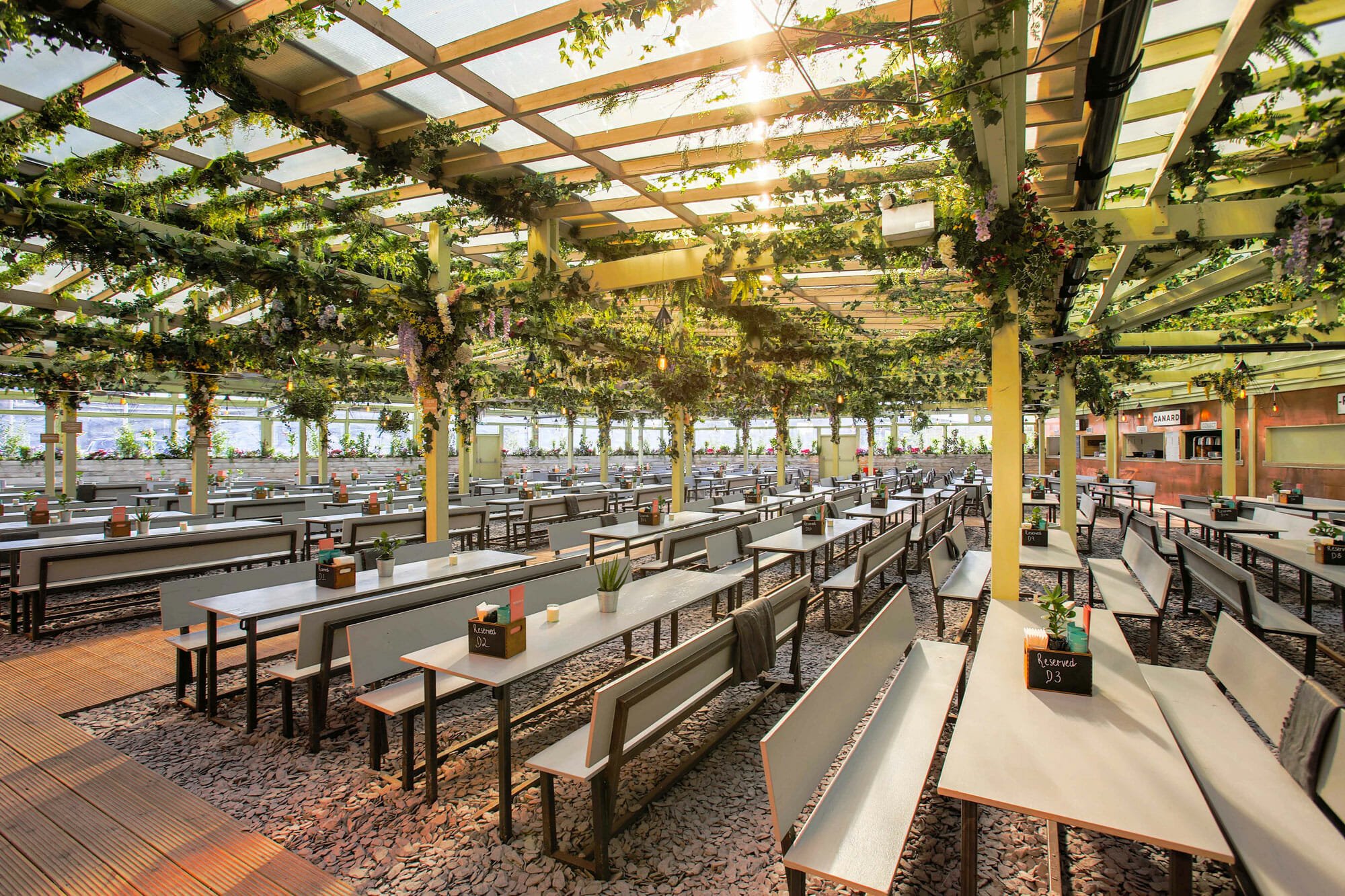 Head downstairs, and you’ll find the pergola itself, festooned with fairy-lights, flowers and foliage and set with rows and rows of picnic tables – handy, since your nose will soon be leading you to one of the street food stalls, which currently include:

Salt Shed, a team of curers-turned-BBQ’ers plating up slow-smoked and fire-scorched meats; and

Seems like they’ve taken it off the back burner.

NOTE: Pergola Paddington is open from 4-11pm Mon-Tues and 12-11pm Wed-Sun. They take walk-ins, but you can make reservations (for up to 199 people) on their website right HERE.