It sounds a bit like a room at the Natural History Museum that nobody ever bothers going into.

But in fact, it’s really quite popular – probably because it’s the latest bar from the cocktail wizard that is Ryan Chetiyawardana, a.k.a. Mr. Lyan.

He’s the multi award-winning maestro behind White Lyan, Super Lyan, and Dandelyan (the former #1 Best Bar in the World, before he closed it and reopened it as Lyaness). Presumably now running low on words containing ‘lion’, he’s opened Seed Library as an homage to the stories held within “alternative flavour sources”. 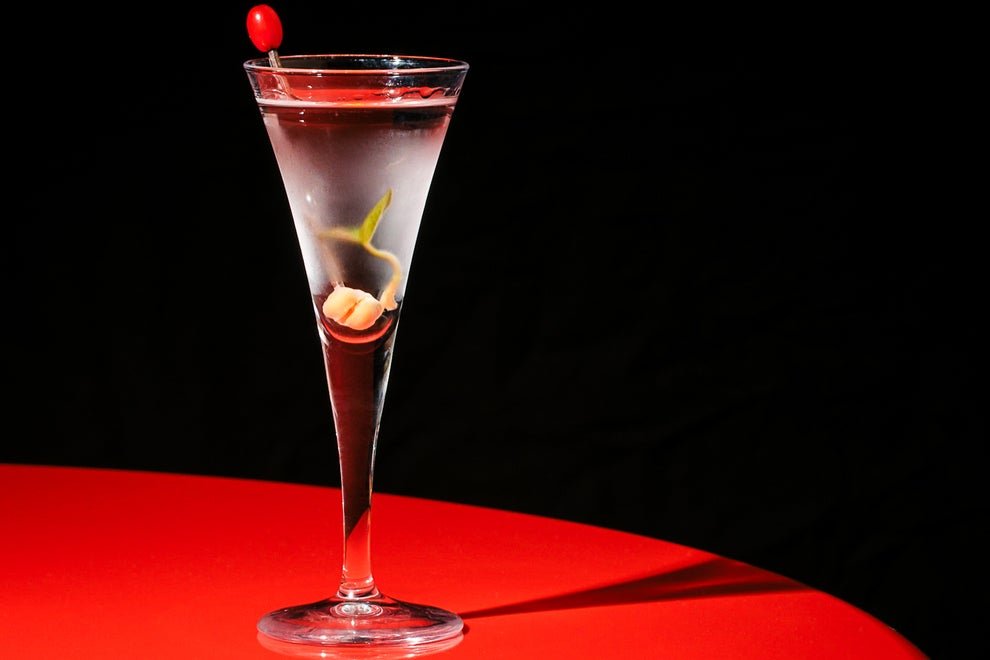 You’ll find it stationed inside the brand new 100 Shoreditch hotel, which has taken over the old Ace Hotel building. Set down in the basement, it’s the definition of moody, with dim lighting; red velvet armchairs set around lacquered, lamplit tables; and a bar made of breezeblocks. It’s retro, kind of brutalist, and more than a little louche.

Mr. Lyan’s known for his high-tech approach to mixology with custom-made ingredients, pioneering sustainability techniques and even running a bar without any branded stock. So it’s interesting that for Seed Library, he’s stripped everything back to its roots. He’s taken inspiration from classic cocktails and added different ingredients for a new twist, serving numbers like the sancho leaf martini, or the twist on the apparently quarter-millenium-old Stone Fence – usually a mix of bourbon and cider but here made with perry, white rum and a curry leaf. Still a little bit experimental, then. There’s also a short list of beers and low-intervention wines, to go with this new “lo-fi, analogue” approach.

So don’t be surprised if you leave with your head feeling a bit fuzzy.

NOTE: Seed Library is open Wed-Sun, 5pm-1am. You can find out more and book a table right HERE.

Looking for unusual cocktails in Shoreditch? Head along to Tayēr + Elementary.