If you ever find yourself wandering through the courtyard plaza hemmed in by the soaring towers of Bishopsgate, you may well pass along a small passageway lined with whitewashed brick.

Whitewashed brick that you’ll quickly discover is marked with the words ‘Silverleaf’, right next to a doorway with what appears to be nothing inside.

But, as you’ve likely (hopefully) already guessed, there is something inside. Namely an elevator ready to whisk you up to the third floor of the Pan Pacific Hotel, and decant you out into a sleekly atmospheric cocktail bar brimming with dark, moody tones, all rounded out by the bulbous curves of Tom Dixon’s furnishings, and speckled with little Y-shaped tables that look like fat martini glasses. There’s even a golden whisky vault recessed into the wall, lined with bottles of some of the most perfectly distilled grain on earth.

The whole operation is run by the five-star hotel below, but it’s effectively an independent entity. To head up the bar team, they’ve managed to secure the talents of Milroy’s founder Martyn “Simo” Simpson, as well as his old colleague Chris Tanner, and Callooh Callay‘s Liam Broom, who collectively make for a potent cocktail of mixologists.

Together, the menu they’ve created is one of the most innovative you’ll likely have seen. And we’re not just talking about the drinks – we literally mean the menu itself. Leaf through it, and you’ll see core flavour profiles all translated into symbols. Those symbols are then transformed into colourful images, meaning that at a glance, you can get an instant feel for how each drink tastes, and which ones are most alike. It’s like a boozy form of synaesthesia. 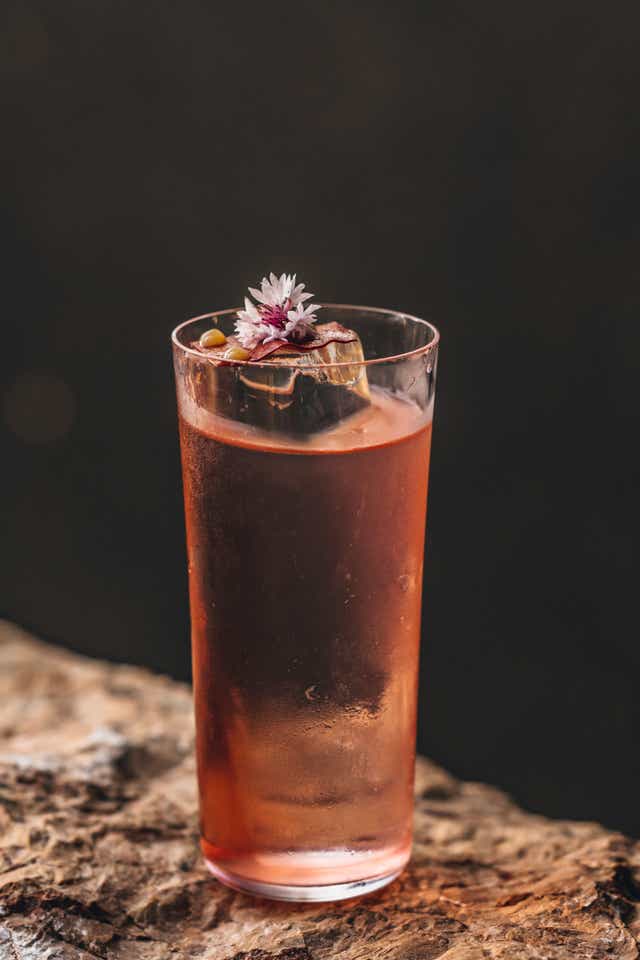 The cocktails themselves lean towards Asian flavours, and are all beautifully presented with giant icebergs of ice topped by aromatic flowers & fruit. The Strawberry/Lapsang hits you with the intense smokiness of Lapsang tea, followed by the toffee-laced sweetness of its strawberry water, while the Watermelon/Umami cuts through the herbal bitterness of its vermouth & gin with the heady brightness of sake & watermelon.

There’s also a separate, smaller, bar-within-the-bar seating just a dozen people, called Alba. It’s basically a private dining room, only for drinking. And it’s also where you can keep your own bottle of spirits, should you decide you like the place enough.

And the kicker? It’s open until 2am every night of the week.

NOTE: Silverleaf is open daily, 5pm-2am. You can find out more, and make a booking, at their website right HERE.