Tayēr + Elementary is a bar of two halves.

One half is Tayēr. And it doesn’t take a detective to figure out what the other one’s called… in fact, it’s Elementary.

It’s in Old Street, and it comes to us from the dual partnership of Monica Berg (whose last bar was Oslo’s Himkok, No.19 on the World’s 50 Best Bars list) and Alex Kratena, whose last bar was London’s own Artesian, previous No.1 on the same list for four years running. So, to put it bluntly, they know how to mix a drink. We’ll start with Elementary. This is the casual, light, easygoing space that greets you as you come in. It’s lit by floor-to-ceiling windows, and serves all manner of cocktails, beer, wine, bottomless coffee, and snacks. And to that first point – the mixed drinks are all pre-made and all come on tap. They’re quick, tasty, and start at a mere £7.50. You can enjoy Old Fashioned made with Danish rye whisky, house-made Aquavit, and cedarwood; or a satisfyingly slushy-like Frozen Coffee with rum, coffee liqueur, and coconut milk.

Heading behind the striking concrete partition, and you’ll get to Tayēr: the darker, moodier, more serious side of the place. Here, the central space is occupied by a large square bar. Inside that square bar is a large stainless steel island counter filled with honeycomb-like segments, serving to hold ice, bottles, bartools, etc. – the bartenders manning it can swap the segments in and out according to what they need. 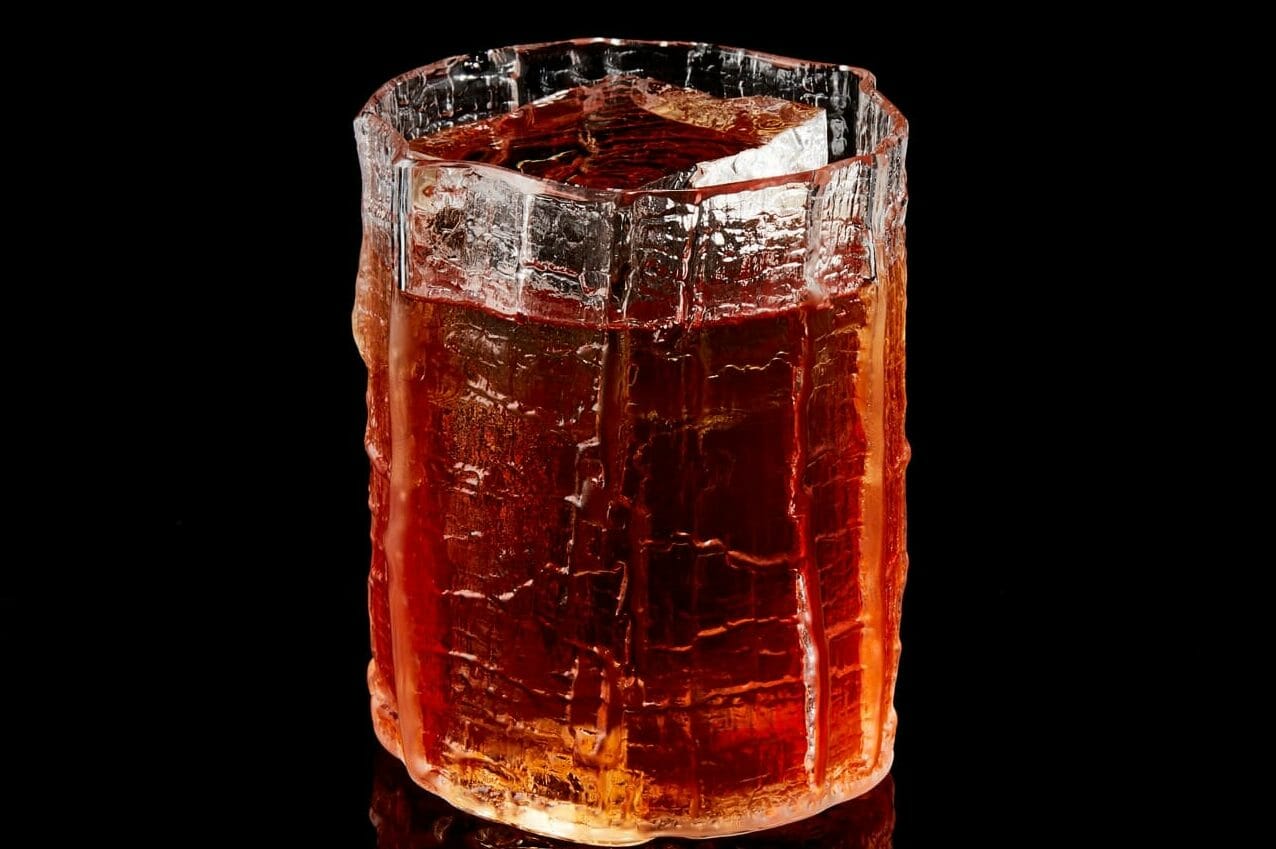 Making use of this nifty system, they then put together very much non-pre-mixed cocktails. They also change quite regularly, but you can probably expect a negroni-like number made with vermouth, Campari, mezcal, and a sweetly aromatic liqueur made with the same ingredients as many perfumes.

NOTE: Tayēr + Elementary is open Mon-Sat, 11.30am-midnight.  You can check out their slightly hypnotic website, and make a booking (most of the space is reserved for walk-ins though) right HERE.

Like this concept, but wish it was in North London? Allow us to introduce you to Heads + Tails…